Inspired by the add_kubernetes_metadata processor, this pull request adds the add_docker_metadata processor to enhance the events with the Docker metadata like name, image, and labels. The processor requires that the container ID to be present in the event fields, and queries the Docker API to get the metadata for that container. For example, the cgroups events generated by the system module in Metricbeat contain the container ID under system.process.cgroup.id, and you can configure the processor as following to enrich the events generated by each Docker container:

In case you want to connect to Docker over TLS, you need to configure a client and a CA certificate.

Build upon the Redis prospector, which was merged the week before, we now have a Filebeat Redis module with two filesets:

A Kibana dashboard is included: 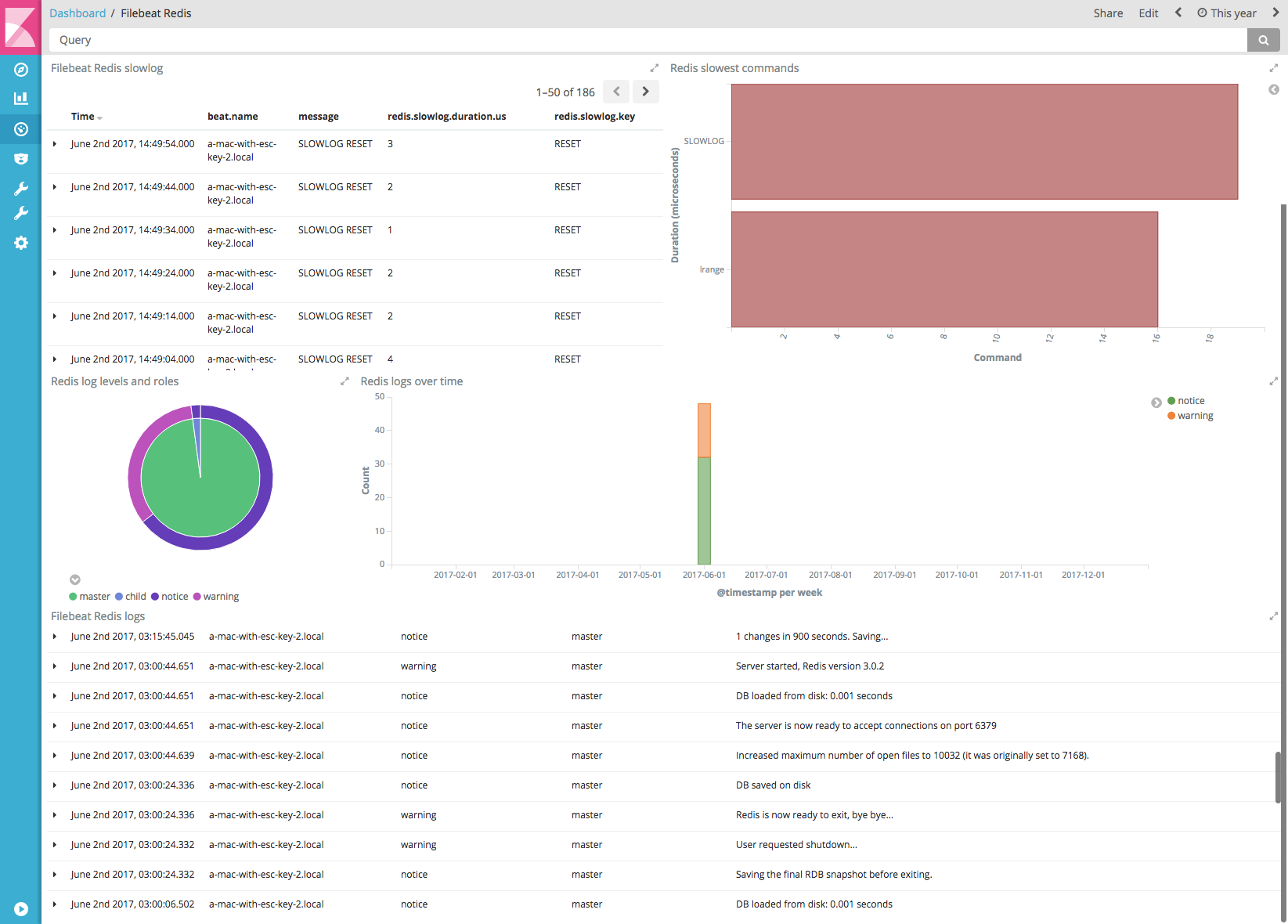 We currently plan to release this module with 6.0.

With this, Redis joins the select group of projects for which we have a Filebeat module to monitor its logs, a Metricbeat module to collect its metrics, and a Packetbeat module/protocol to parse its network traffic.

Thanks to @amandahla, Metricbeat gets support for RabbitMQ. The module comes with the node metricset that collects metrics from RabbitMQ nodes by querying the HTTP API /api/nodes.

The module is marked as experimental and it will be released with 6.0.