We are pleased to announce the release of Logstash 5.2.0, loaded with new features. If you can't wait to get your hands on it, head straight to our downloads page. You can also view the release notes here.

The following are the headlining features in this release:

Say heya to X-Pack for Logstash. X-Pack is a single extension that provides security, alerting, monitoring, reporting and graph capabilities across the Elastic Stack. We are thrilled to have Logstash Monitoring as our first X-Pack feature that enables you to easily monitor all your Logstash instances from Kibana. These features are included in the X-Pack basic license, which means you can install it for free.

The new monitoring UI complements the rich monitoring APIs that were released in 5.0. In addition to the nice graphs with aggregated information, you now have access to historical data stored in Elasticsearch that allows you to track changes in your production Logstash instances.

It's not always that we have screenshots in a Logstash release blog, but hey, this feature is best explained using screenshots!

So without further ado: 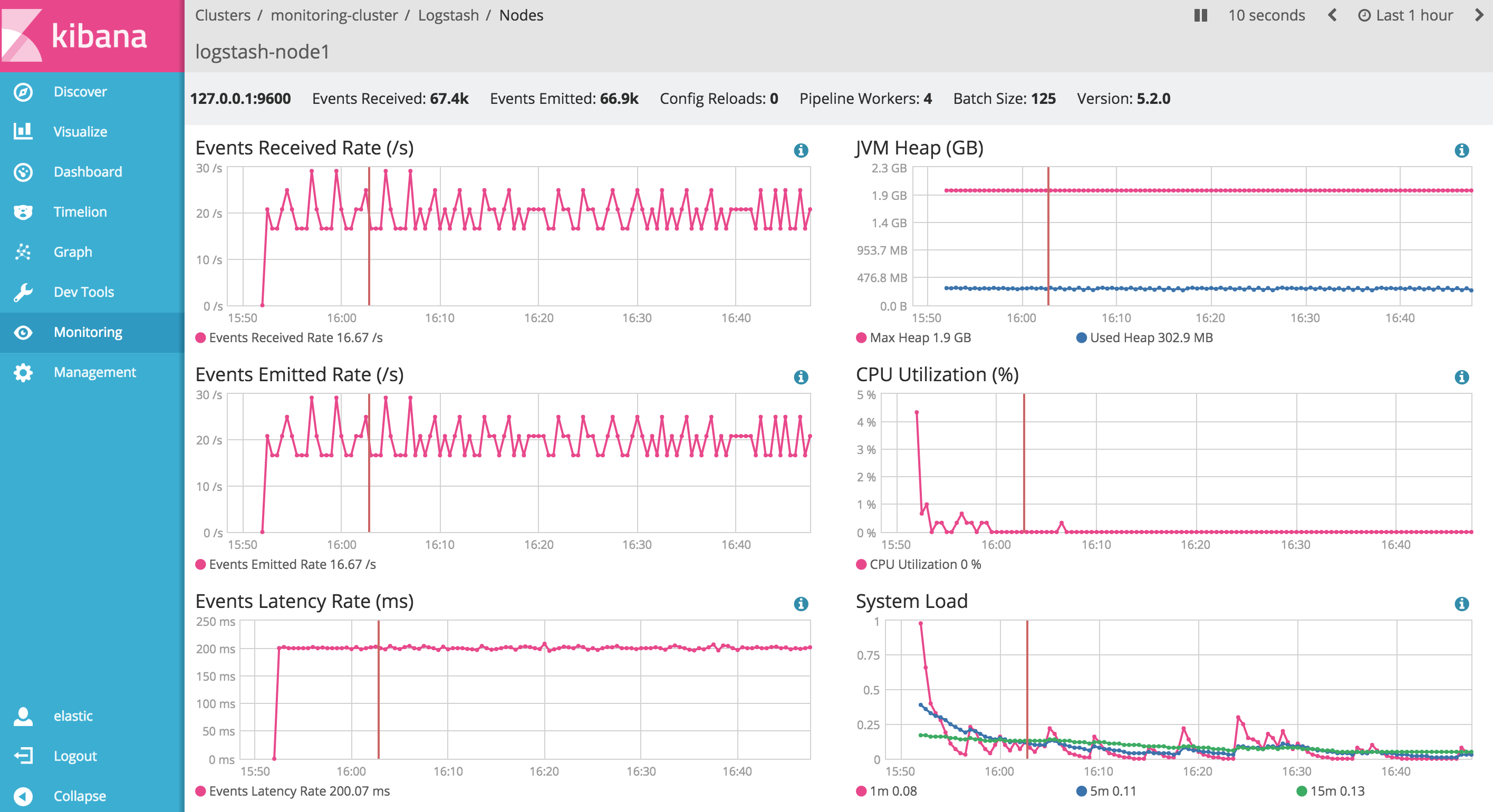 The node stats API has been enhanced with the following new stats:

There are a number of air-gapped Logstash deployments that need to manage their plugins without access to the internet. The previous offline plugin workflow was not bullet proof. Although it worked for some plugins, there were user issues reported which suggested that the plugin's dependency chain were not completely downloaded on the staging, online machine. To solve this effectively, we had to completely redesign a much simpler user workflow to introduce a new way of packaging a plugin and its entire set of dependencies.

To prepare an offline plugin artifact, you require a staging machine running Logstash that has access to a public or private Rubygems server.

The output of this command is a file called logstash-offline-plugins-{logstash_version}.zip. You then move the compressed bundle to the machine where you want to install the plugins and simply issue an install command like:

That's it! Simple and straightforward.

Note: The pack/unpack commands have been deprecated in favor of the new steps described above.

We are super excited for this release of Logstash and look forward to your feedback. You can reach us at our forum, open issues in your GitHub repo or twitter(@elastic). Happy 'stashing!