Welcome to Kurrently in Kibana, your source for keeping up with the Kibana project. With information on project releases, work in progress, and learning resources, we hope you'll find this weekly update to be pretty... edu-Kational!

soo useful to be able to index days/gigabytes of accesslogs from #AWS S3 in mere minutes and immediately usable in Kibana. #golang ftw
— Christian Westman (@westmaaan) May 1, 2015

This past week the Kibana team decided to tackle the map visualization and make some progress on the outstanding 4.1 issues, as well as finding ways to just make things plain better.

You can check out the larger scope of everything planned in the GitHub issues list for 4.1, but here's what we've been we've been up to recently:

Heat Map is Close to Merge-able

We're still cleaning up some code issues, but the functionality is largely there. We also took the opportunity to improve the tooltip positioning for all of the other maps. The tooltip on the map now works by looking for the closest point, with a margin, and throwing a tooltip on it. This means you no longer need to hover directly over the SVG, a tricky task at high precision levels. 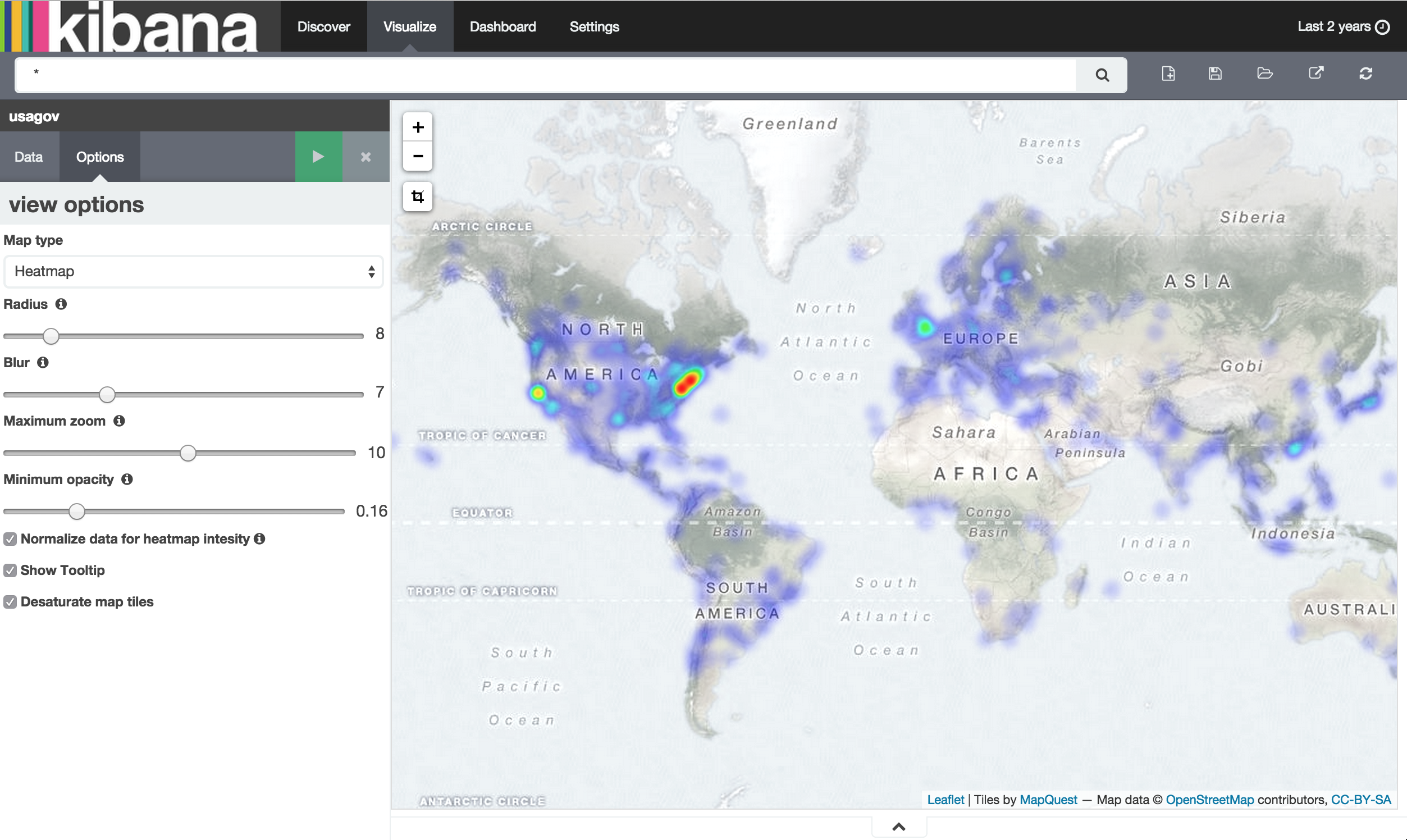 Adding Filter Support to the Map

The first phase of tile map filters is under review. This allows you to draw a rectangle on the map to form a geo_bounding_box filter. Later phases will allow for drawing circles and polygons.

Progress on Non-Map Things, Too!

See You Next Week!

As you may have seen, we're now publishing weekly updates on Elasticsearch and Apache Lucene, Logstash and Kibana. We'll bring you the latest and greatest in next week's Kurrently in Kibana.