Life @ Elastic | Digging into distributed and how to do it better

If you haven’t noticed while reading through our culture blog posts, Elasticians care a lot about how we do distributed. So far we’ve talked about the different ways Elasticians leverage being a distributed employee to do their best work, but we should also consider the ways in which a distributed team gets things done.

I’ll start with a little bit about myself and my journey here at Elastic. I’m currently a part of the Marketing team, and have worked on this team since I first was hired at Elastic in 2015. I started out in an Event Marketing role, but realized as time passed that my strengths and passions really lay in project management. 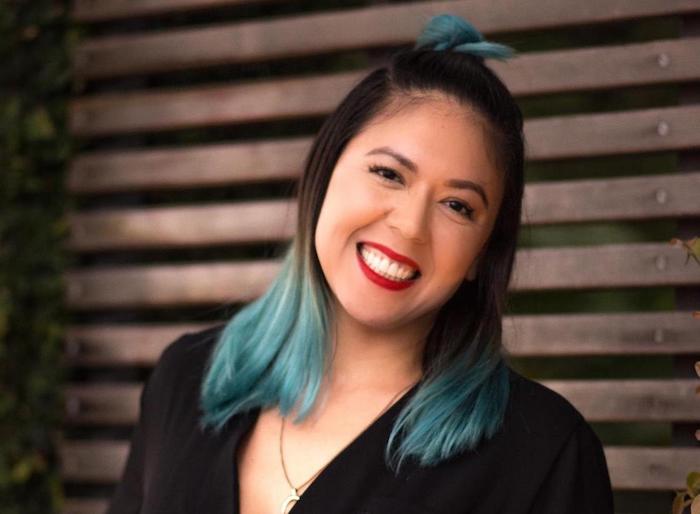 When I started back in 2015, there were only about 170 employees. One of the most interesting things about working with growing teams and guiding their projects is seeing what worked to scale us from 170 employees to 1000 is much different from what will work when scaling 1000 to 5000 employees and beyond.

Being a project manager, you can imagine that the “how” and “when” something gets done matters a lot to me, especially in regards to scaling meetings and seeing a project through to its completion. This is the first distributed company I’ve worked for and over time, I’ve realized that the way I had done things at a traditional company wasn’t going to necessarily work for a distributed team — especially as we grow.

Working on a distributed team has required me to think differently about communication. In this post, I want to share what methods we in the Marketing Team, and as a company, have developed to effectively communicate and make and execute decisions in a distributed workplace.

Typically, decisions at Elastic are made and executed based on three main things:

Getting everyone aligned on these three things in a distributed setting can be tricky. In a traditional office setting, people are able to check in with teammates regularly — whether it be across the desk, in the lunchroom, or on the way to coffee. In a distributed setting, things are a bit different. Because we’re on different time zones, and in our own respective offices, we can often go a while without talking to someone in real time. That sometimes means that when we enter into a kick-off meeting or milestone project call, it’s the first time we’ve talked about the project at hand, meaning everyone is coming to the meeting with different expectations.

So, in a distributed workplace, we need to figure out ways to make sure we’re on the same page even though we may not see or talk to each other every day at the office.

The solution to this problem is as easy as recognizing the challenge exists in the first place. Non-distributed teams and team members sometimes take for granted how much they can get done in a short, five-minute meeting or over a chai latte (extra whip, please). This is no different in the distributed workplace, as long as you make the time for it.

For example, during one of our Marketing department calls, the department lead suggested that we take time to bounce ideas off other folks for ad campaign ideas. She mentioned that earlier that day she had started a casual chat in the office with the design department lead about some ideas she’d had, and from there things started to quickly build. However, she quickly realized that folks who are distributed and not office-based don’t have the same opportunity to chat with folks ad hoc, and that maybe bringing it to a larger meeting was a good idea.

In a distributed setting, putting time on someone’s calendar can feel like serious business and not worthy of a “bounce ideas off you” sort of request. However, scheduling a standing meeting with a person or the people you regularly work with is actually more efficient and considerate of others’ schedules. Having regular check-ins, beyond the bigger milestone calls throughout the project, will save you a lot of time by avoiding misunderstandings, and will ensure everyone is on the same page. You can always cancel the call if you don’t need it, but having something consistent where you can touch base on things can not only save time, but will strengthen your relationship with your fellow team members who you don’t get regular office time with (if you’re ever in an office at all).

Location, location, location — or what I really mean is timezones, timezones, timezones! Scheduling meetings at a time that works for everyone is hard, and it’s even harder when the stakeholders for the project are spread across the world. The solution for time zone issues may surprise you, but look, sometimes the answer to a distributed team problem is to not be distributed. For big project kick-offs and milestones, sometimes you just need to get everyone in the same room. At Elastic, this is accomplished in many ways: from team offsites to periodic visits to our regional offices. Personally, I try to come out for one week every quarter to visit a large regional office where I can work with colleagues in person. During that week, I schedule time with the point people I have major projects with, meet with vendors, and coordinate with other distributed Elasticians who might also be able to come out at the same time to collaborate. It’s important that I maximize what I can get accomplished in the office since I’m not always there! One of the biggest things working on a distributed team has taught me is how to be the most efficient with your time. 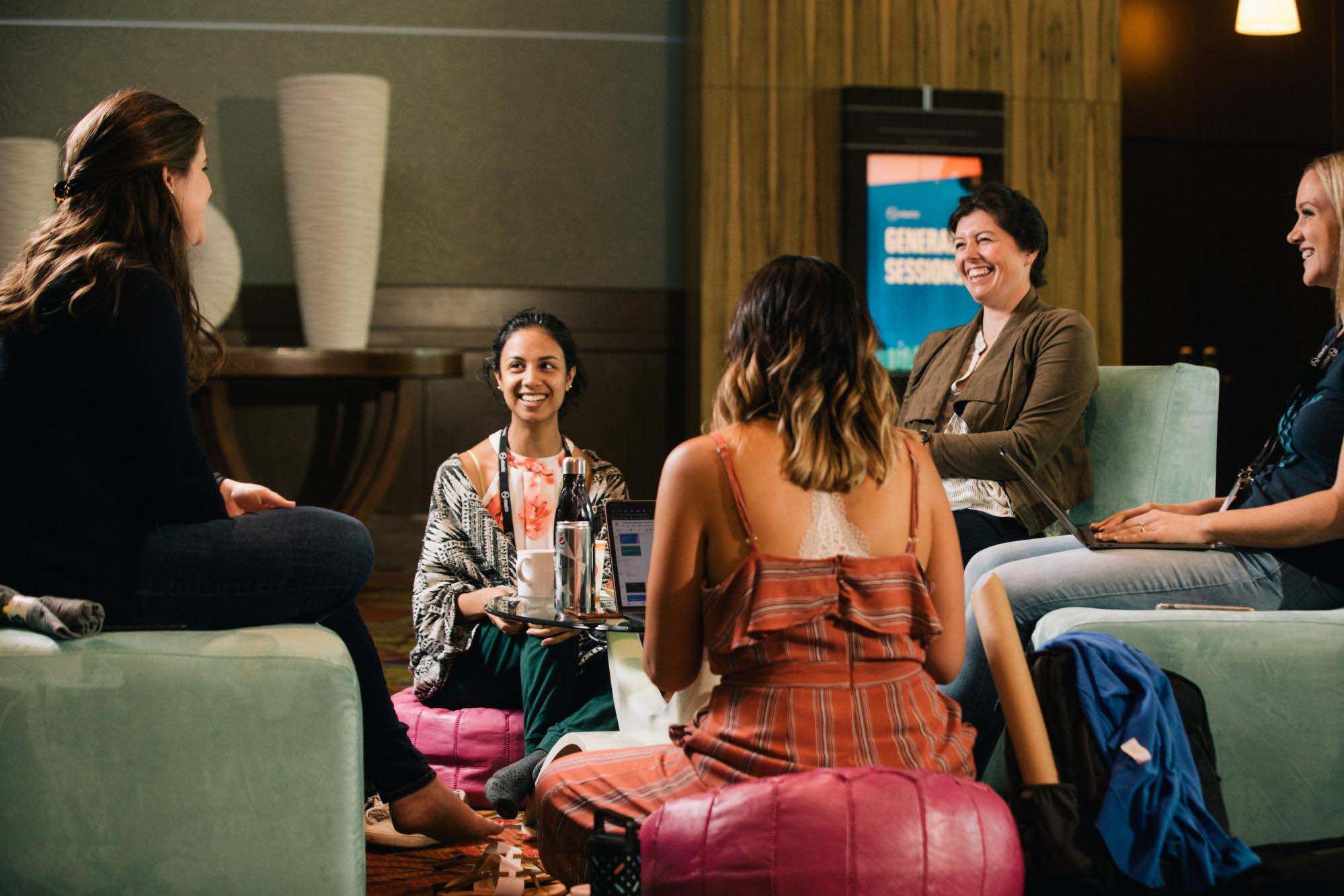 Some of the team getting together at our Global All Hands event.

Making meetings matter — for everyone

In a distributed team, meetings are also conducted a bit differently. Many of our meetings take place over Zoom, and while some people might be in the same room in one of our many offices around the world, it also means that it’s likely that some people will be calling in from afar. This scenario popped up regularly during the conception phase of one of our recent website projects. This project required the input of many different parts of the organization. While some of the key stakeholders of the project were able to fly out to our Mountain View office for important milestones in the project’s completion, not everyone was able to be physically present. Due to the larger-than-normal number of people in the meeting both physically and virtually, it became challenging for everyone to be heard, and it was especially hard to remember to include those folks who were participating virtually. After one call, an Elastician brought up later in his department meeting that he had wanted to add his two cents on the matter, but by the time he’d unmuted himself to say something, the rest of the group had already moved on.

It can be quite a challenge to get the attention of the folks in the room and let the group know you have something to say. Waving your hand in your 2x1 inch thumbnail, or using the “raise hand” command available in Zoom, isn’t always noticeable. 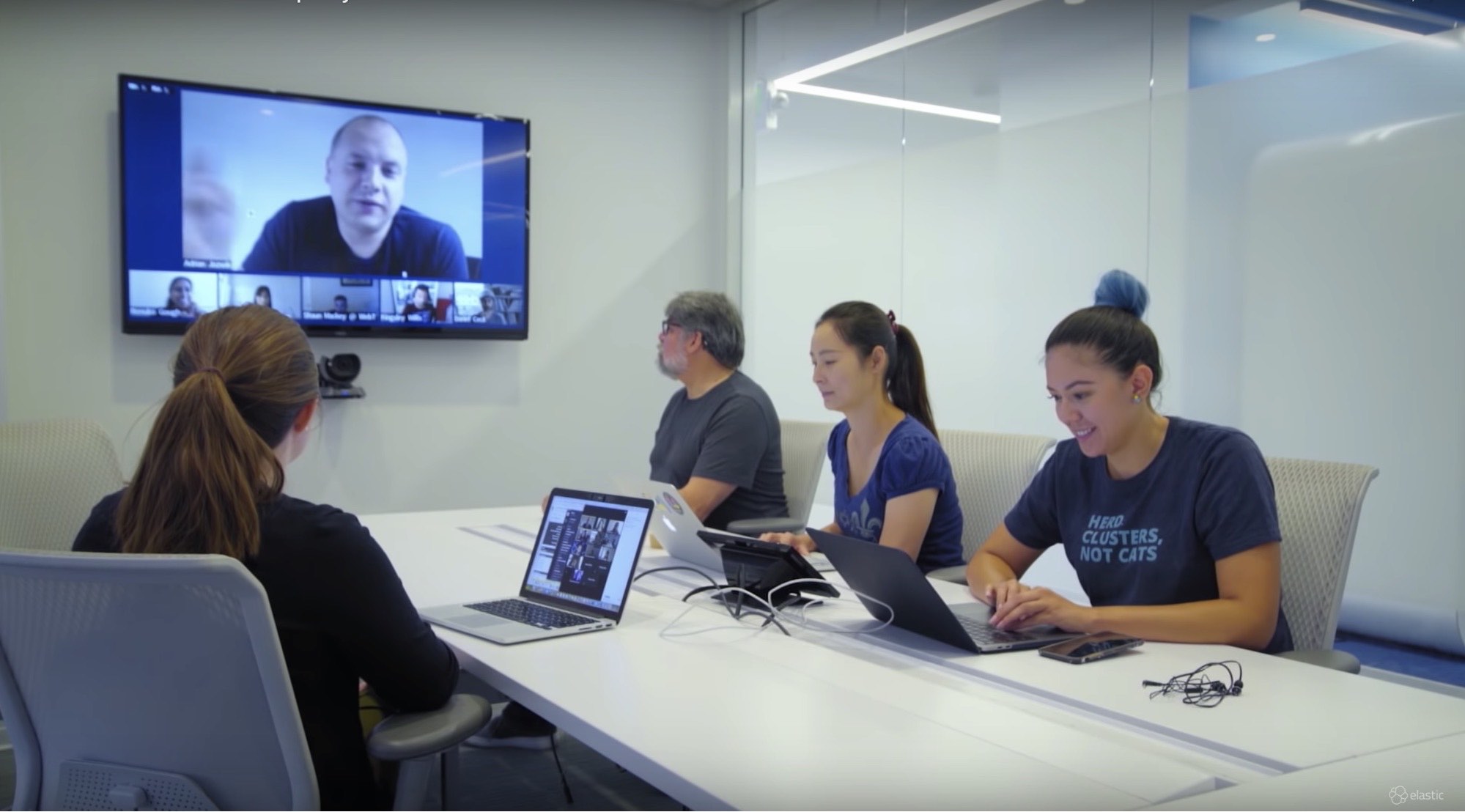 To solve this issue, we’ve begun playing around with ways to do things better during these co-location meetings. Here’s what we’ve come up with so far:

In the above example, the manager was more than happy to make space for her team members during a call. Having leadership that will provide support for all of her team members is not just important for creating camaraderie, but is also an important part of creating a strong, effective distributed team.

These are just a few of the strategies that we’ve developed during my time at Elastic and the fun part is, I still learn more every day about how to be better at this distributed working style. Let me know what you think of these ideas and if there are other strategies you’ve found helpful in navigating a distributed team experience, please share them. I’d love to hear!

Want to read more about working at Elastic? Read more on our culture blog.