ERGs encourage you to come as you are: Meet Mil-asticians 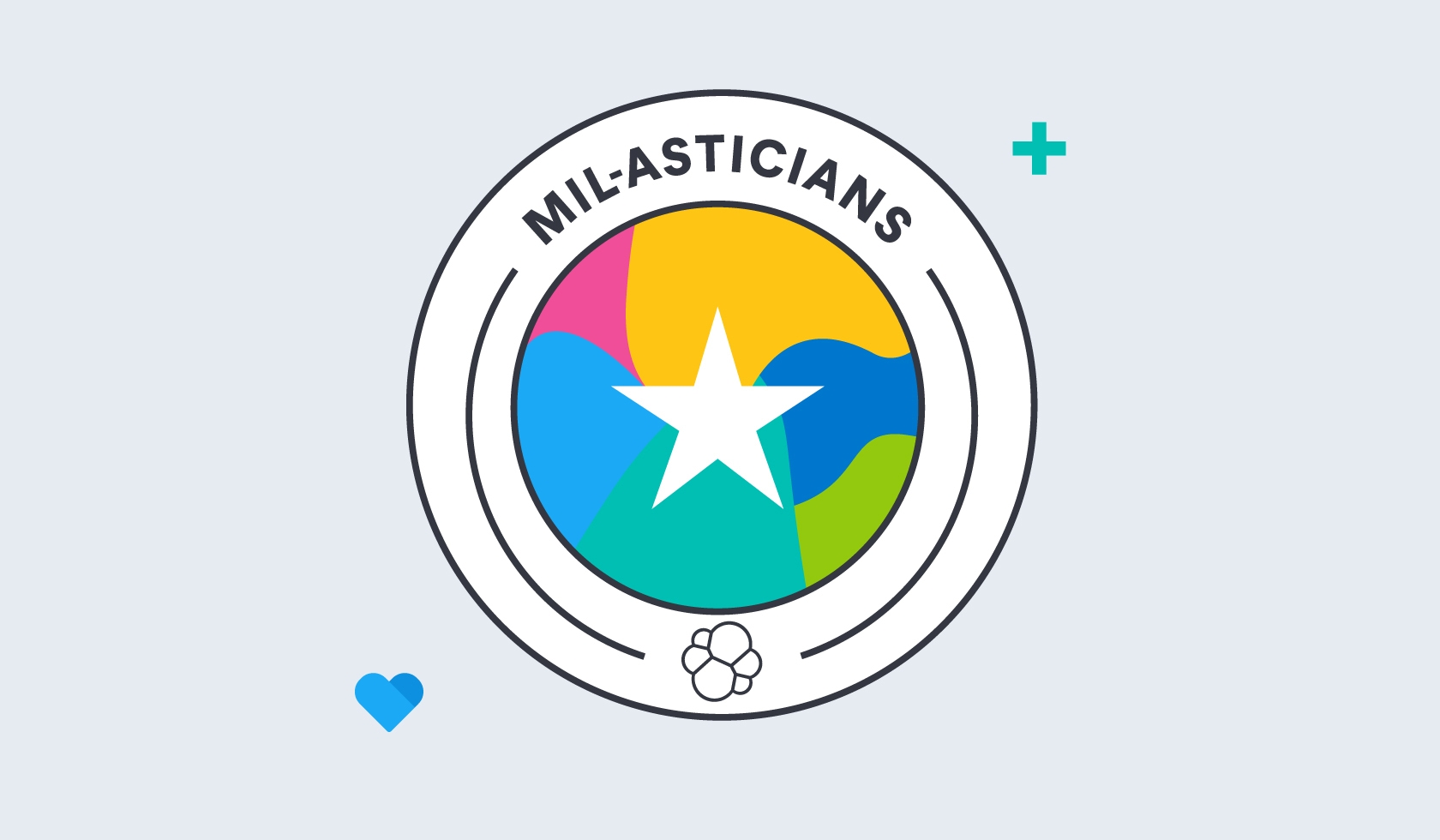 At Elastic, we formalized our employee resource groups in 2021, but they’ve been part of our culture since 2016. These groups are aligned with shared identities, experiences, interests, affinities, and allyships.

As formal groups they are ensured structure, budget, and a voice based on any dimension of diversity, identity, allyship, and advocacy. While we’re always working towards change, this is an important step in our global diversity, equity, and inclusion strategy.

Each ERG has its own mission and goals, but as a whole these groups want to create community and belonging around shared interests and experiences.

The Mil-asticians ERG is for Elasticians that have a connection with the military community, no matter what the country. This includes veterans, those currently in active duty, family and spouses of those who are serving or have served, and those who identify as allies of the military.

Gordon McDonald, Senior Manager, Sales Strategy & Finance, is a leader of the ERG. He served 11 years in the U.S Navy as a helicopter pilot before transitioning out of the military and ultimately joining Elastic.

“It’s good to have a home base,” Gordon says. “You all kind of come from the same background and you have a safe space to be yourself. They can understand you in ways that others can’t. That sense of community is very important to me.”

Erin Ibarra, Elastic Cares/DEI Coordinator, is also a leader of the ERG, and was looking for a connection with others in a distributed workforce. As the spouse of a veteran, the military was a huge part of her life and one of the reasons for getting into HR and organizational behavior, she says.

“Finding that common ground with people you work with makes it feel more inviting, more comfortable,” she says.

Robert Strange, Senior Director, Solutions Architecture, echoes the sentiment as a veteran of the U.K Army.

“You all share a common thread no matter where you’ve been that most other people don’t understand,” he says. “It gives you a forum in which to have conversation.”

To continue the conversation and include more than just the ERG members, Mil-asticians has named the month of November Mil-asticians Month.

“It’s a time to celebrate veterans,” Gordon says. “It’s aligned with Veterans Day in the U.S and Remembrance Day in the U.K, so it’s a compelling time to do it.”

Throughout the month, various events are planned, including an Elasticares hour where a nonprofit that supports veterans in tech will host a session.

“We’re trying to get the awareness out and do fun activities,” Gordon says.

Additionally, the group is putting on a “Lunch and Learn” for the recruiting department to help them understand more about hiring veterans and the transition from the military to civilian careers.

“I feel such a need to pay it forward because I wouldn’t have landed where I did if it weren’t for the help of others,” he says.

Similarly, Erin watched her husband struggle to transition into a civilian career.

“I understand how hard the transition is, going from active duty to retirement, and separating from the military,” she says. “This event lets recruiters from Elastic know there’s a group to help them translate veteran resumes or to assist during interviews [with veterans].”

This is another of the group’s goals: to help facilitate the hiring of more veterans. For veterans leaving the military, it can be hard to translate resumes, work culture, and skills into the civilian world and for recruiters to understand their talent.

“The problem with people leaving the military is they think in their terms,” Robert says. “It’s hard to translate into civilian terms.”

I’d love for people to apply and try so Elastic can help veterans,” Robert continues.

“I’d love to see more veterans taking the punt. [If someone] ticks a lot of the boxes, we can teach the rest. I can teach the more technical things.”

In addition to events for Mil-asticians Month, the group has quarterly check-ins and weekly Slack posts to keep the lines of communication open.

“I would love for us to be that bridge and get people into the company and know their military skills can translate into civilian roles,” Erin says.

“It’s our goal to keep veterans employed at Elastic, help them feel seen and know there is a group that they can be a part of, people that have been in their situation.”