A collaborative employee experience can save flailing digital transformation projects 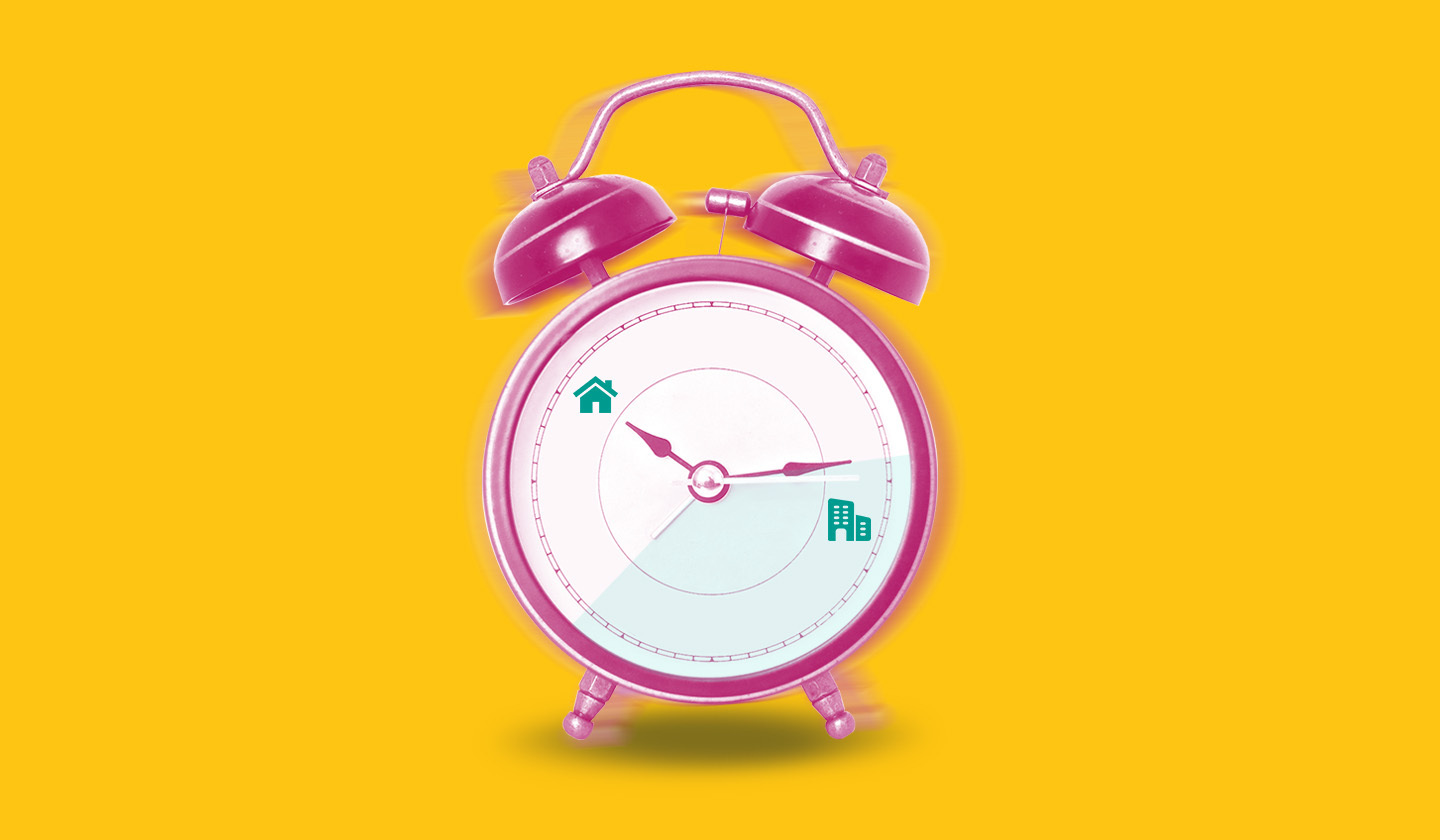 New distributed, collaborative hybrid work models that emerged during the pandemic might end up saving some digital transformation projects whose success is in peril.

Most of these transformation efforts — ambitious projects to use technology to change a business model or overhaul how employees do their jobs — fall well short of their goals, according to Boston Consulting Group.

So Watkins, who has helped steer dozens of companies through digital transformation projects, got excited earlier this year when a large consumer-products company came to him with a different ask: equip its top 100 executives with the know-how to quickly change its culture. The company wanted to identify how its values and practices needed to evolve to best support its digital initiatives, and how to best communicate with employees and win their buy-in.

For Watkins, the request was a welcome change. “Most management teams realize they need to transition to a new way of working,” he says. But when it comes to culture change, “they usually under resource it.”

That’s where the rapid shift to distributed or hybrid-work models comes in. At the outset of the pandemic, companies removed constraints on where, when, and how people get their jobs done. Forced to re-learn how to work together, companies invested in tools that brought people together virtually and teams started to communicate more. The result: 70% of IT leaders report the pandemic led to increased collaboration between business and technology teams, according to KPMG, and 40% of employees say their companies have become more transparent.

Those are some of the factors, study after study finds, that make digital transformation projects more likely to succeed.

Geoffrey Moore, a leading management consultant in Silicon Valley and author of several best-selling business books including “Crossing the Chasm,” says this isn’t a coincidence.

“Embracing the hybrid model is forcing companies to adopt a collaboration culture,” he says. The ones that do it successfully, he says, will be “in the catbird seat to win” the larger battle to digitally transform.

If culture change is an imperative more urgent than ever before, how should CIOs go about transforming the employee experience? Here are steps that will help with the current challenge of hybrid work and pay long-term dividends for digital transformation efforts.

Culture needs its own infrastructure investment into employee experience

As Watkins’ work with the consumer-products client shows — it touched 100 top executives, who each then trained around 15 of their direct reports — enacting culture change requires a deep commitment and significant resources.

“It’s one thing to create digital processes. It’s quite another to get people to embrace collaboration as an imperative.”

That starts with an infrastructure that helps employees do their jobs. During the pandemic, companies have accelerated investments in cloud data storage and tools that help workers find the data they need to make decisions. Companies have also invested in video conferencing, chat software, and collaboration tools.

Even more so, they’ve invested the time to make sure these new tools are put to use. At the consumer-products company, Watkins says the executives spent three days creating detailed plans on what they would do over the next 90 days to implement their ideas in reality.

“That’s where the rubber meets the road,” says Wakins. “It’s one thing to create digital processes. It’s quite another to get people to embrace collaboration as an imperative.”

Among the steps employees say their companies are taking to aid the shift to remote work is facilitating opportunities for people to connect with one another, and creating more time for employees to engage with their managers, according to a study by Quartz and Qualtrics.

The upshot is that these same employees report feeling more connected and more loyal to their organizations. Furthermore, 37% said their company’s culture has improved during the pandemic, compared to just 15% who say it’s deteriorated.

That’s another harbinger of success for digital transformation: BCG found that enterprises that emphasize building strong organizational cultures are five times more likely to achieve significant financial gains on their digital transformation efforts and deliver higher returns on investment in the long run.

Good communication is a must

Most of the people in the Quartz/Qualtrics survey who said their company culture improved also said that the company became more transparent during the pandemic. They also said people in their workplace have become more generous and kind.

Elastic has seen the payoff from that approach first-hand. As a distributed company, it operates around a few central principles it calls a “source code,” including humility, work-life balance, and diversity. These are key in grounding how employees are expected to communicate in a hybrid framework. For example, one tenet reads: “With many languages, perspectives, and cultures, it’s easy to lose something in translation. Over email and chat, doubly so. Until we get a perpetual empathy machine, don’t assume malice.”

Elastic has been refining its approach to working in a distributed way for nearly 10 years. “We’ve found that there are a few key aspects to how we work and communicate that make a big difference,” says Steve Kearns, vice president of product management at Elastic. “By ensuring transparency around decisions — not just what decision is made but how it was made and why — and by decentralizing processes wherever possible to let teams decide what will help them be most productive.” He adds, “The collaborative culture at Elastic is one of its greatest strengths.”

In her experience, the people leading these efforts need to go the extra mile to make sure everyone in the organization knows why an initiative is important. “I’ve given my cell phone to more people than I used to,” she says. “People need to know that their work matters, and that someone cares about what they’re doing differently.”

Meaningful culture change only happens if an executive sponsor steps up to take a visible role and is responsible for delivering results. If you haven’t identified this person yet, make it a top priority.

“I like to say that there’s no ‘I’ in team, and that can be a bad thing,” says Moore, the management consultant.

One core mission of digital transformation is the ability to continually adjust. It isn’t simply a matter of implementing a new tool and a new process — the goal is to create a foundation for whatever changes are needed in the future. Watkins calls this “adaptive culture,” which was also a requirement for companies to make it through the pandemic.

“An adaptive culture is not just for now, it’s for forever,” says Watkins. “If you’re not moving in that direction, you are like a dinosaur admiring that beautiful asteroid in the sky.

What’s next for CIOs & IT leaders

• Be more transparent in communication so teams understand the “why” of an initiative, not just the “what”

Peter Burrows is a long-time technology journalist and author who has written for Business Week, Bloomberg News, MIT Tech Review and other publications. 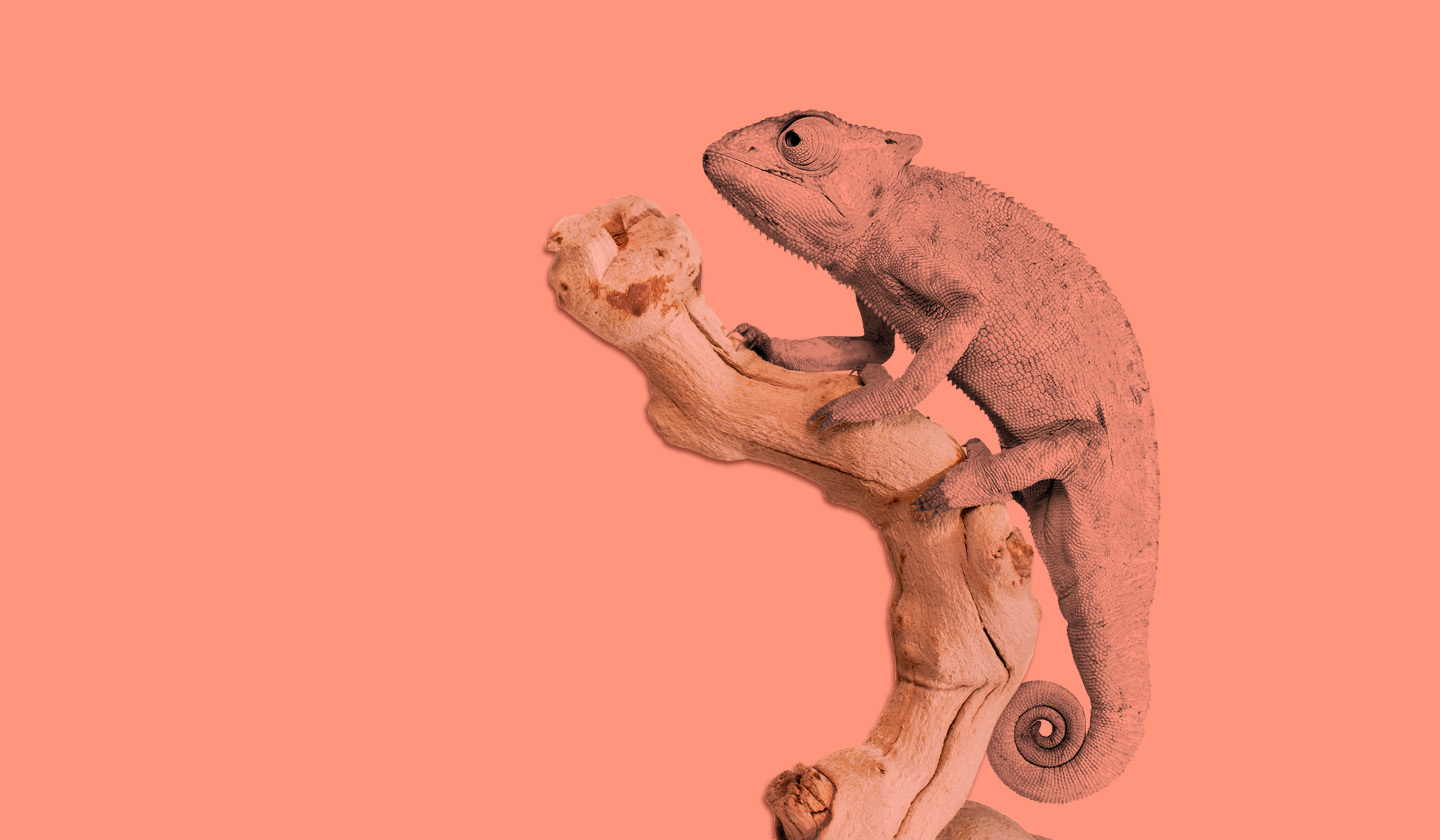 Hard-to-find data is a key threat to digital transformation 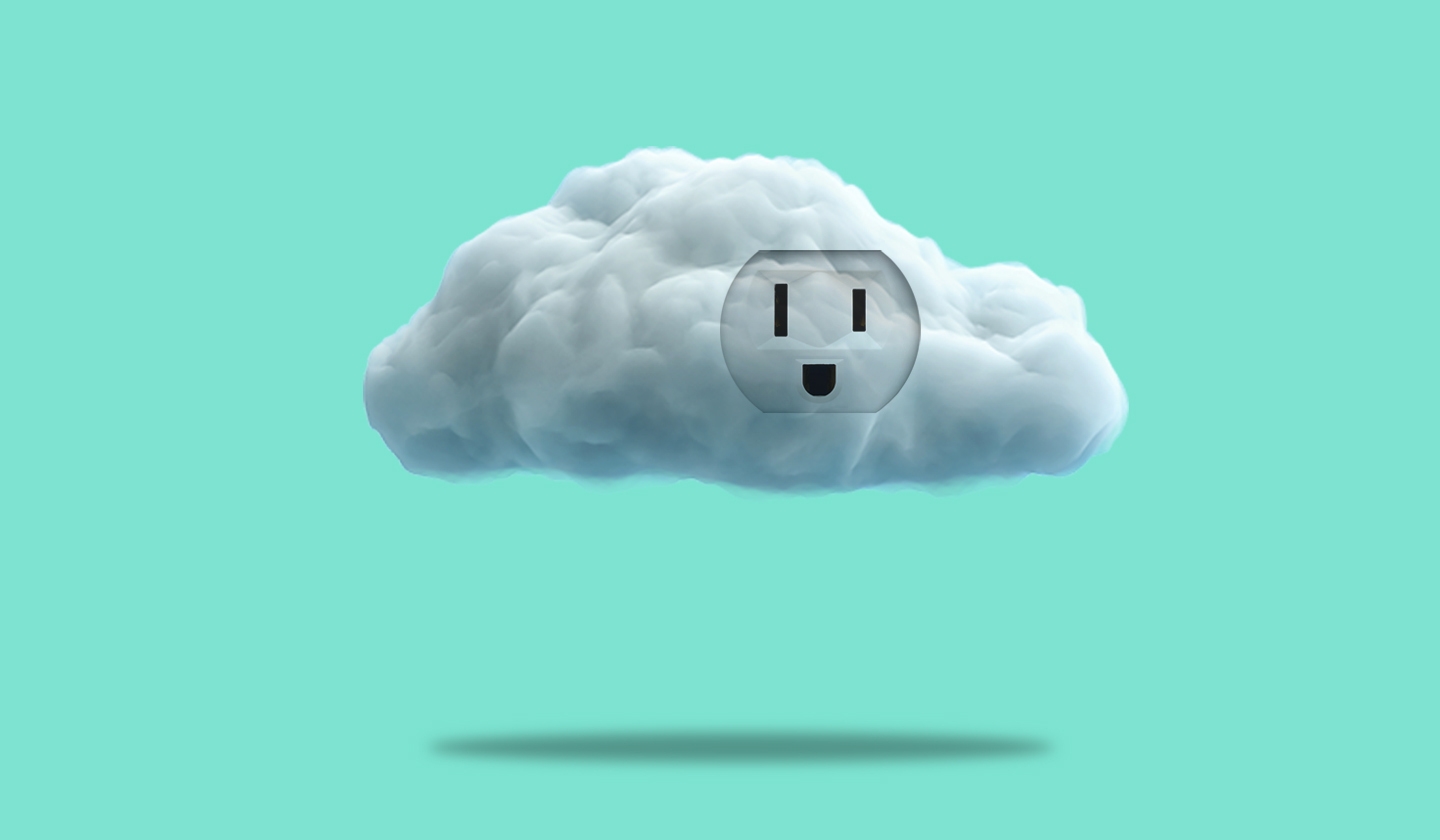 Most companies don’t really put their data to work. These strategies can enable IT leaders to maximize value of cloud investments and drive business growth 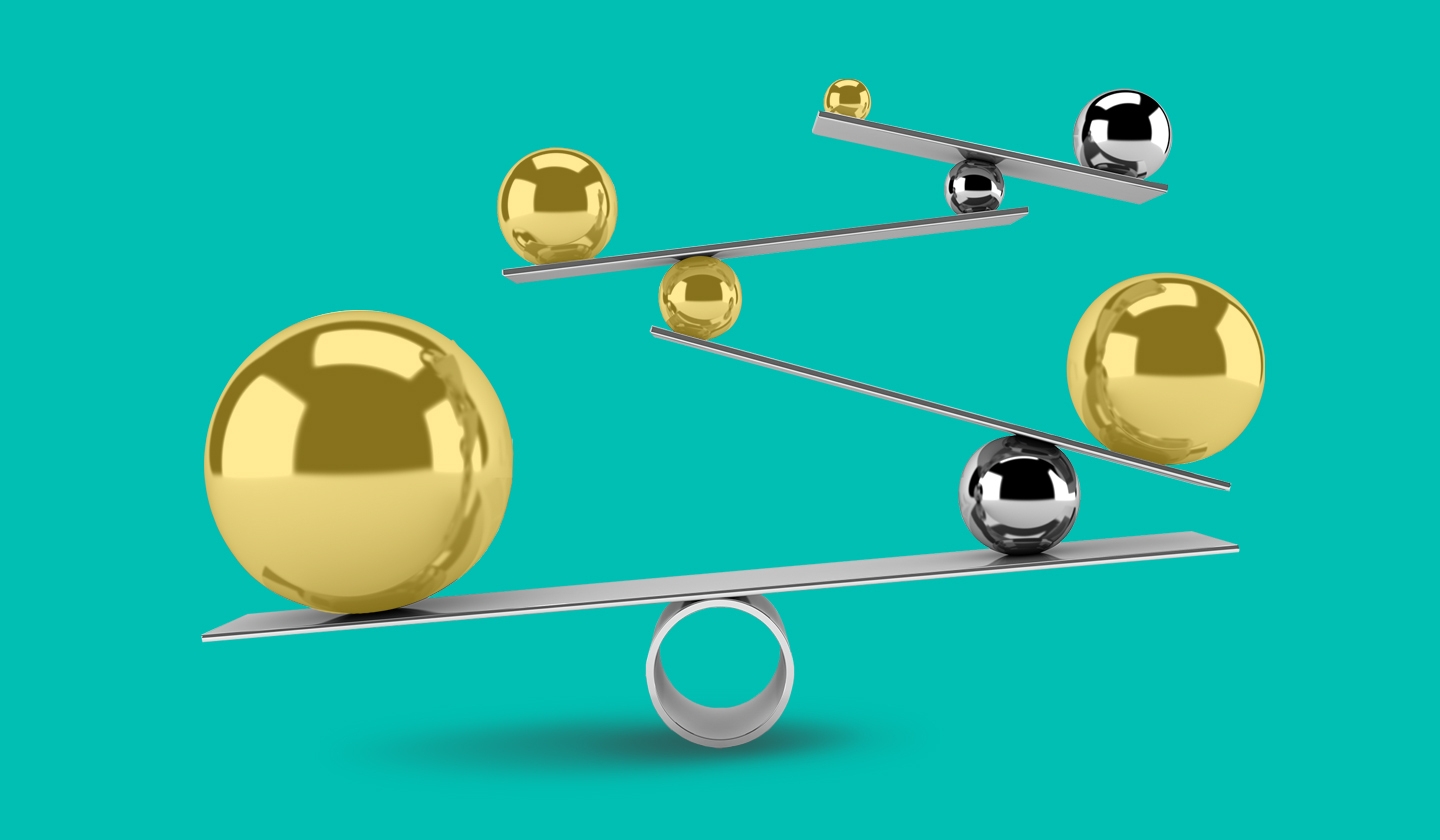 5 priorities for CISOs to regain much needed balance in 2022

Learn the top 5 areas where CISOs, security practitioners, and other experts say security leaders should be investing their time, energy, and resources in 2022