If you'd like to give Elastic SIEM a try, version 7.4 is available on our Elasticsearch Service on Elastic Cloud, and for download in the default distribution of the Elastic Stack. 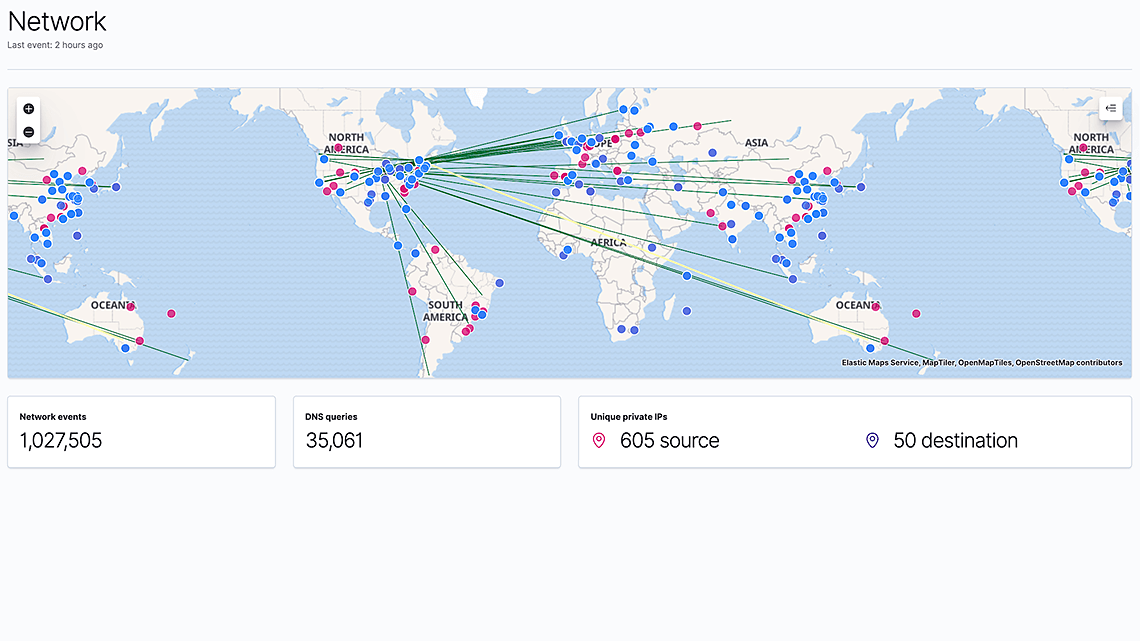 When looking at network data, being able to visually see where IP addresses are located provides valuable context for an investigation. Following our integration with Elastic machine learning features in 7.3, we integrated a map from the Elastic Maps app in 7.4 to allow that. Placed at the top of the Network page, it shows where in the world any geo-located source and destination IPs are, and any connections between them.

The map responds to the global date and query filters, allowing you to filter down on specific devices, protocols, or other attributes. Filtering on event types such as alerts and attacks turns it into an effective alert or cyber attack map. As with all Kibana visualizations, you can narrow down the data on the entire page by clicking on any of the map points. To enrich IP addresses with their location, you can use the geoIP processor as part of an Elasticsearch ingest pipeline or the geoIP filter plugin in Logstash. We have conveniently already updated all ingest pipelines in Filebeat modules to geolocate IP addresses by default.

The integration between Elastic machine learning capabilities and ElasticSIEM is extensible: You can add your own jobs to the siem job group and their anomalies will show up inside the SIEM app. 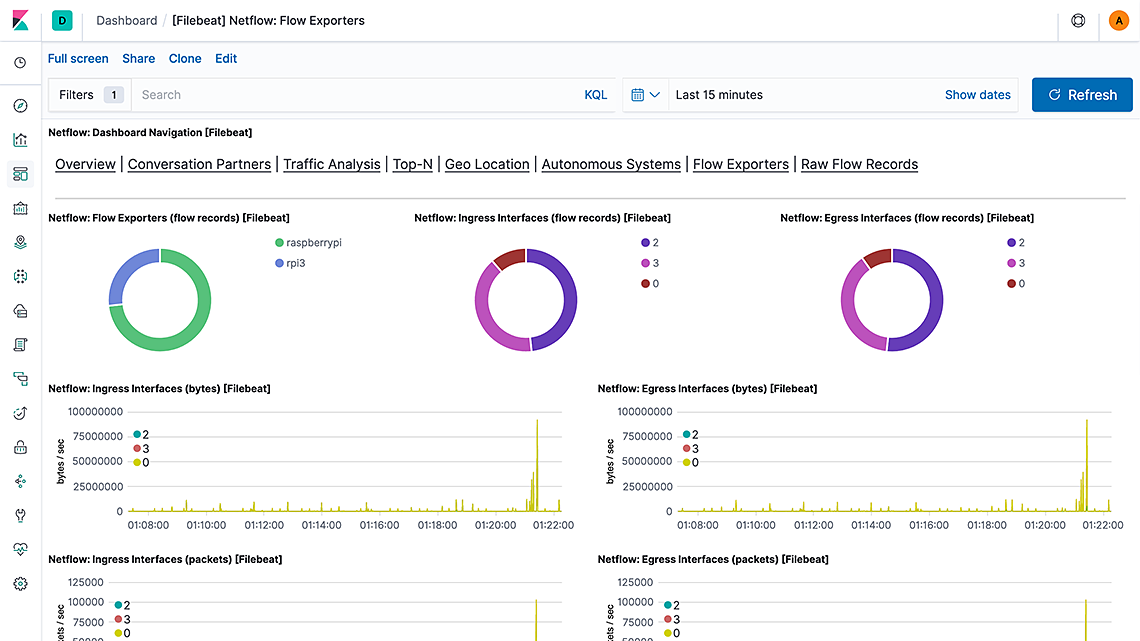 If you haven't tried Elastic SIEM yet, feel free to spin up a cluster on our Elasticsearch Service or install the latest version of the Elastic Stack.

If you already have Elastic Common Schema (ECS) data in Elasticsearch, just upgrade your cluster to 7.4 and click on SIEM in Kibana's left hand side navigation bar.

Elastic is a search company. As the creators of the Elastic Stack (Elasticsearch, Kibana, Beats, and Logstash), Elastic builds self-managed and SaaS offerings that make data usable in real time and at scale for use cases like application search, site search, enterprise search, logging, APM, metrics, security, business analytics, and many more.