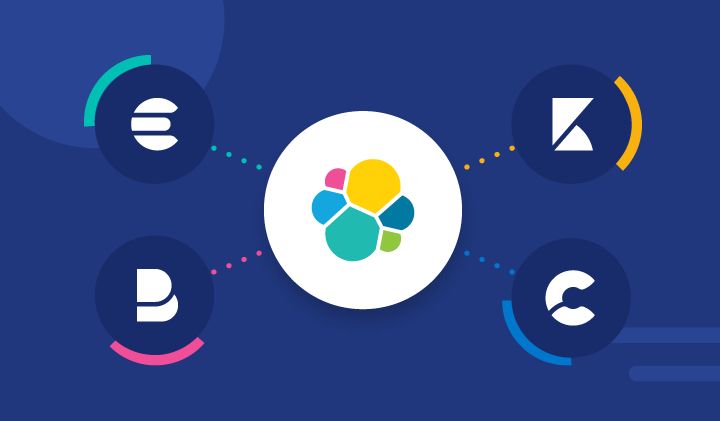 We are pleased to announce the release of Elastic Stack 8.6. Ready to roll up your sleeves and get started? We have the links you need:

What else is new in Elastic 8.6? Check out the 8.6 announcement post to learn more >>

Elasticsearch is designed to analyze all types of machine-generated data so that analysts can efficiently research all the available data about security and observability incidents, which includes logs and metrics. While both logs and metrics data include a series of documents with timestamps, logs generally contain a series of events, while metrics tend to be a series of samples from what can be described (with some approximation) as a continuous function. Some optimizations can be made for use of Elasticsearch on metrics data (i.e., using Elasticsearch as a time series database), mainly relating to index size (TCO) and to the analysis of a time series across time. We have been working to perform these enhancements and now, after a lot of investment, users start enjoying the fruits of this effort.

This structure has a couple of advantages:

Even though time series database (TSDB) indices don’t overlap within the time series, Elasticsearch still accepts late arriving documents within a configurable buffer period (writes will be accepted as long as the index is writable). This mechanism avoids rejecting late arriving docs while also enabling the query to scan only relevant indices.

Vector similarity is a great way to improve relevance ranking, and with the HNSW based KNN vector search capabilities that were recently made generally available in Elasticsearch 8.5, we see a growing interest in using Elasticsearch for vector based search.

Elasticsearch 8.6 provides vector quantization support with byte size vectors. Users who run vector similarity searches at large scale often look for a balance between ranking accuracy and the cost of maintaining a vector index. This cost is driven by hardware requirements, query latency, and indexing performance. One way to balance costs is to reduce the size of the vectors. The trivial way is to reduce the number of dimensions in the vectors (e.g., by PCA or a similar algorithm). Another way, which often results in better ranking accuracy for a given index size, is to reduce the size of each element in the vector (e.g., from a vector of floats to a vector of integers), resulting in an index that is a quarter of the size of the original index, and improved query latency and indexing performance.

In 8.6, we are introducing a byte (8 bits) sized integer per vector element (dimension). This new option for dense vectors with integer dimensions supports both brute force and HNSW based kNN vector similarity. More information is available in “What’s New in Elasticsearch 8.6.”

Streamline investigative workflows with a new Opsgenie connector and more

A new connector that allows customers to create and recover an Opsgenie alert based on detected observability alerts is now available.

The connector supports the Opsgenie fields (like message, description, priority, responder, alias, and details) in order to unlock new use cases for Opsgenie users and increase adoption and consumption of new IT teams within the organization.

There are a bunch of new functionalities that allow users to manage the case view or maintain a particular case and its related entities like linked alerts and associated tickets in third parties.

There are new supported actions in the case table in order to streamline case maintenance:

With ad hoc data views, you can create temporary data views on the fly, allowing you to explore and visualize your data before you’re ready to share your insights with others in your organization. When you’re ready, you have the option to permanently persist ad hoc data views for a fully collaborative experience.

Data views have become a formal concept in Kibana today. Before you can analyze your data in Kibana, you must first create a data view, requiring you to understand the underlying indices or data streams for capturing the correct documents. Previously, you explored your data solely in data views or in another application that manages the schema, such as the logs stream. Ad hoc data views reduce the complexity of the underlying data so analysis can flow into Discover and Lens. As an analyst, this allows you to build on existing work or create entirely new datasets and visualizations directly from your Observability and Security data without storing new saved objects.

For administrators, ad hoc data views allow you to control the data views that others in your organization can modify, without limiting the ability to iterate on them.

The field_caps API provides information about a field. It is used extensively by Kibana and through that by all Elastic solutions. We have found a way to improve the performance of this API when it is used on a group of indices that share the same mappings, which is by far the most common usage pattern. The results on our many-shards-field-caps-latency nightly benchmark are amazing — down to around 10% of the original time. This comes on top of the significant performance improvements done to this API in 8.2. Great reason to upgrade!

Balance means performance and stability when it comes to clusters.

Earlier versions of Elasticsearch balance their shards by moving shards between nodes to improve their allocation as much as possible in a single step and then repeating this process until the cluster is as balanced as possible. This tactical approach is remarkably effective in practice, but without a view of the final desired balance of shards it sometimes takes more shard movements than necessary to fully balance a cluster.

In 8.6, we are introducing the new "desired balance" allocator, which computes the state of a fully balanced cluster first and then performs only the exact shard movements necessary to reach that state. Moreover, the previous allocator would block other cluster management tasks while it was searching for the next shard movements to start; in contrast, the desired balance allocator runs its computations in parallel with other cluster management tasks on the elected master node, which improves cluster stability, especially in larger clusters.

Furthermore, we introduce two additional variables into the balancing computation. In earlier versions, shards were all considered to be equivalent and were balanced among the nodes by shard count only. From 8.6, shard size will also be taken into account by default to achieve a more uniform disk usage. This avoids larger shards concentrating on particular nodes, which can cause disk watermark hotspots. All Elastic Cloud and all self-managed Enterprise-subscription users will further benefit from the shard balancing strategy based on observed data stream write load. This will reduce indexing hotspots by spreading out the shards of high-traffic data streams to improve the balance of CPU usage across the hot nodes.

In 8.1 we introduced hex tiles that are often the preferred choice of tile for geographic analysis. To do that, we ported the Uber H3 library to Java (and released the ported code as open source). H3 provides a method (geoToH3) that accepts a latitude, a longitude, and a precision (resolution in H3 API) and returns the H3 bin (tile) that the point is in. We found a way to optimize this method, yielding a whopping 20% performance improvement!

Read about these capabilities and more in the release notes.

Existing Elastic Cloud customers can access many of these features directly from the Elastic Cloud console. Not taking advantage of Elastic on cloud? Start a free trial.