Someone Like Me | When there’s diversity, my work is better

David Ricordel, a consulting architect based in Barcelona, says: “If we bring more diverse people to our companies, it’s a way to allow people to feel safe being who they are.” Being safe, in turn, helps Elasticians focus their energy on work and growing as professionals.

When did you realize that Elastic placed importance on diversity, equity, and inclusion?

It started at my orientation, which we call X-School, traveling to Mountain View, CA. That’s when I saw that everything was different. There was diversity in the people who were presenting and joining the company, and diversity in the way people were behaving. Everyone was being professional, but each one in their own way. When I saw this kind of energy, I thought, “This is the best place in the world!” I had never seen that before — it’s eye opening to see people do things differently and be accepted.

Beyond X-School, my participation in other Elastic initiatives has shown me that we are committed to constant improvement. I monitored a small group discussion on diversity during an ElasticON event and unexpectedly, some senior managers joined us and discussed how we could bring more diversity into our workplace. Our senior management is not only interested, but active in focusing on inclusion. 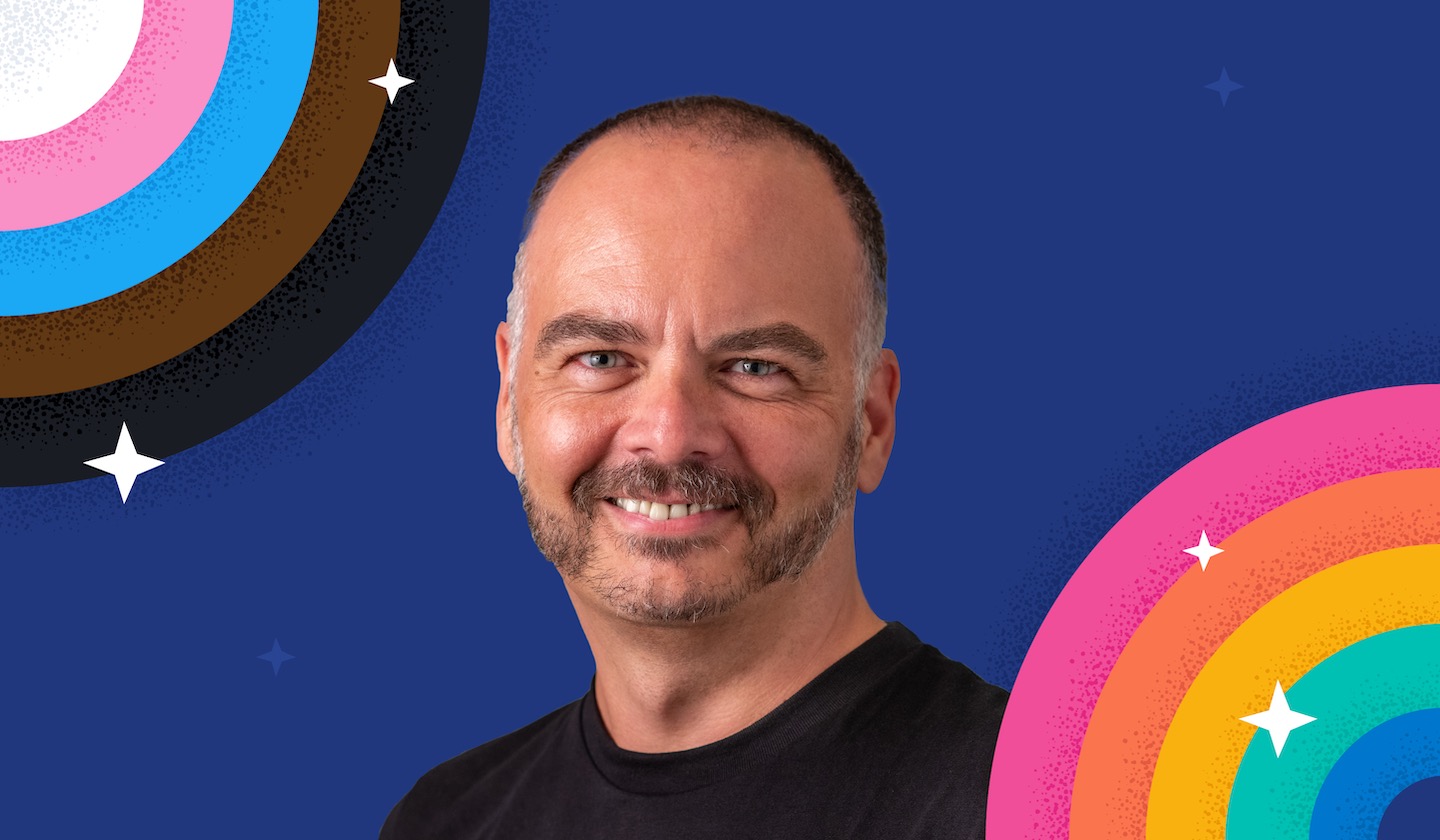 What is the significance of Pride for you?

My first pride was in Paris and it was really a march. When I was young, Pride was very emotional. Marching in the middle of the community really marked me being gay. Now years have passed and it’s taken on a more festive tone.

I didn’t start to be openly gay at work until I was over 30 years old. I thought it was a pity that I wasn’t able to be openly gay in the office before that. So if we bring more diverse people to our companies, it’s a way to allow people to feel safe being who they are.

Over the course of my career, I've had a number of great managers who were women or members of the LGBTQIA+ community. For me, when there’s diversity my work is better. The diversity at Elastic is visible, which makes it safe for many to come as they are and give their energy to their work instead of hiding who they are or being on the defensive. And the ambiance and way of working is better. When you can be yourself it allows everyone to be conscious of the fact that we are different and we’re working together… and that is a good thing.

Now, on the first of June, I put my flag up, have it on Zoom or Slack because it’s Pride Month.

I’m sharing my experience because I hope it helps others to be happy being themselves. Something I’ve learned is that explaining my story was useful to others even if it was not the same context. And, the other part is saying, “Hey I’m here! I’m gay. I’m proud.” That’s Pride.