In our Leadership @ Elastic blog series we highlight the innovative thinking behind the action at Elastic — from making distributed work better to enabling the next phase of our progress through consistency, forward thinking, and collaboration. In this edition we hear from Lisa Jones-Huff, senior director of security solutions architecture at Elastic, on the importance of learning in the trenches.

I’m based in Austin, Texas. I’ve been here for about 13 years. Austin used to be a small city but not anymore! We have a lot of Elasticians down here, actually.

What do you like to do outside of work?

I’m a sports nut and very active and love the outdoors, which is one of the reasons I moved to Austin. I grew up in Pennsylvania and lived in Chicago for some time, so it’s nice to be somewhere you have a long warm season.

Where did your career begin?

I started off in accounting, but I quickly realized that I hated it. This was while I was still in school getting my bachelor’s degree. Luckily, I was working part time while in school at a company that built computers. I fell in love with the entire process of building a computer from scratch. I also realized that I loved interacting with customers and helping them solve problems. I quit my accounting job and took on a full-time role building PCs for a living.

I finished my degree with a major in business management and a minor in computer science. After school I quickly pivoted into roles that were focused on computer networking. I worked for an education software company that sold to school districts and was responsible for running network cabling throughout the school and setting up their networks to allow the schools to leverage the education software. That was my first role as a network engineer, and I quickly went on to get a number of network certifications. From there I realized that building networks was only the first step, because organizations also needed to secure those network environments. With that realization, I shifted my focus to security and got the necessary certifications to become a trainer in the security space. From there I moved into security consulting. Security has been my passion and focus for the last 20 years, and I have never looked back. 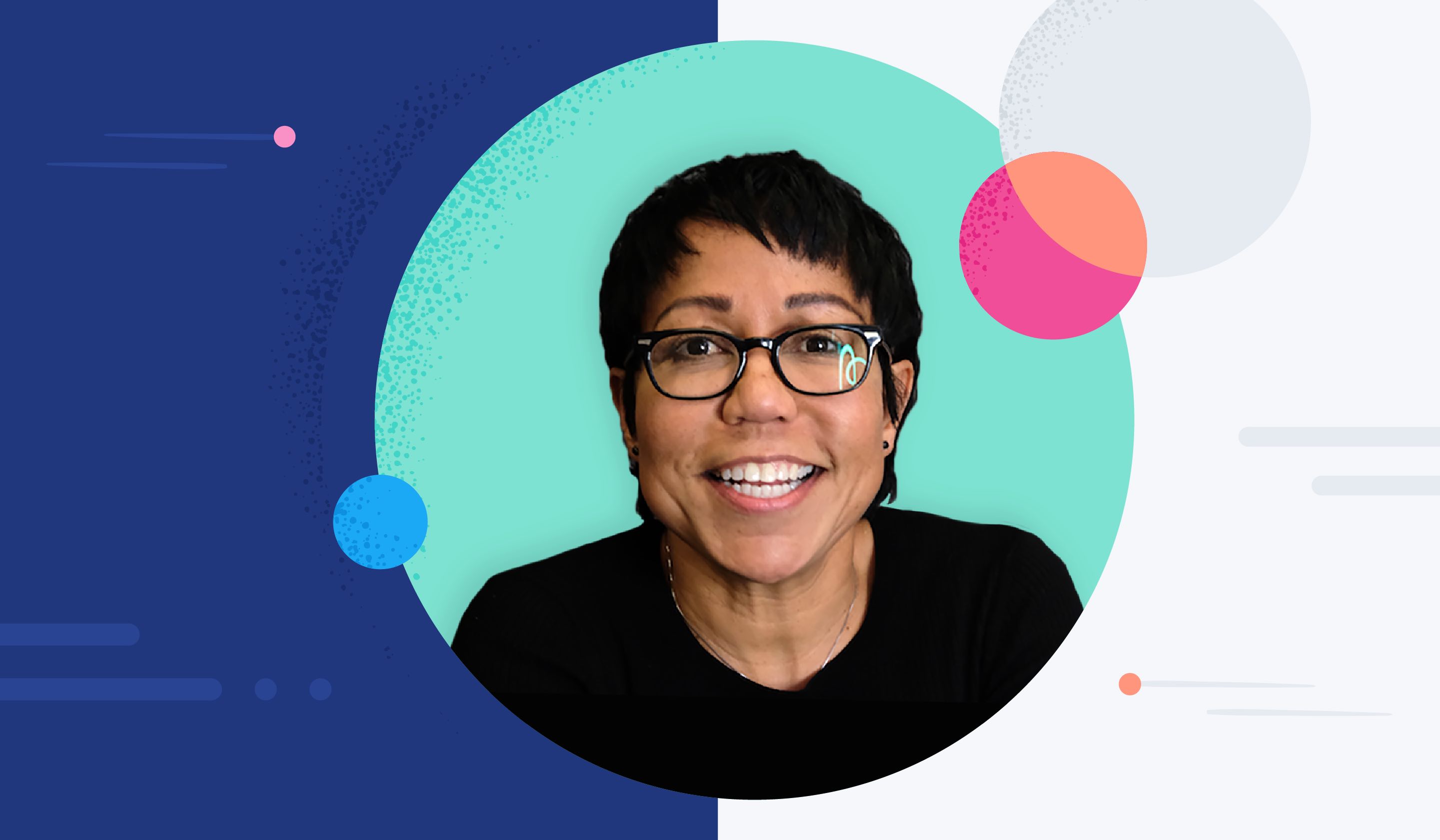 Where was that first sales engineering job?

Once I moved into security and began working as a consultant, I learned about the selling side of the role and got my first sales engineering job at a company called Silent Runner, which was owned at the time by Raytheon. When the company was acquired by Computer Associates, I decided to move on to a company called ArcSight, which was, at the time, one of the leading SIEM providers in the security space.

When I started with ArcSight, they had professional services (PS) consultants performing pilots. The sales engineers were only there to build relationships and to perform product demonstrations. I learned everything I know by spending time with the PS team and realized that I could do pilots myself. That is when I realized that I needed to be a so-called hybrid resource, and I focused on improving my selling and technical skills to be successful. ArcSight gave me the opportunity to experience different roles. Having spent time in both pre- and post-sales roles allowed me to understand that being consultative is required throughout the entire engagement cycle with prospects and customers. The way we engage and treat prospects during the pre-sales engagement should mirror how we engage with them as they become customers in the post-sales phase. Joining ArcSight so early was a great education in that process. I felt that the work I was doing had a direct impact on customer success.

How long were you with ArcSight?

I was with ArcSight for 10 years. At ArcSight, I learned that I am more of a builder than a farmer. There, it felt like I was part of building something special. When you are with a software company early on you get to experience all the phases — from startup and all the way to IPO, if you are lucky. Maybe you also go through an acquisition. At some point at ArcSight, I began to realize that I was ready to make my next move because I was starting to get too comfortable. I realized that I wanted to grow my security expertise beyond SIEM, and worked for a time with solutions that focused on deep packet inspection and threat intelligence.

I ended up getting back into the SIEM space when I joined Exabeam. The time spent learning about other technology solutions gave me more insight into the investments that customers were making and helped me understand how different solutions could be leveraged to tell different stories about what is happening within their organization. Working with other technology allowed me to supplement my knowledge and expand in so many ways.

What was it that intrigued you about Elastic and our products?

When I left Exabeam, I started to transition into the farming phase of my role. I saw Elastic as an opportunity to help build out the security specialist team to prepare to compete in the SIEM space. The market for SIEM continues to grow and I saw this move as an opportunity to build again.

A lot of people still ask me why I left a company that was still on the upward trajectory to come to Elastic. Elastic is the first public company that I’ve worked for in a long time. What intrigued me most was the company’s commitment to focusing more on security, with the first step being the Endgame acquisition. Every security platform requires good data, and that’s something that Elastic was built to do — acquire data and put it to use. When it comes to security, Elastic has an opportunity to shake things up.

Prospects and customers are confused with the talk tracks between the traditional SIEM players and the next-gen SIEM players. What I like about our approach and our direction is the focus on what matters to the prospects and our customers, and how we combine the strategies from the traditional players and the next-gen players to provide a solution that gives the customers the flexibility to meet their use case requirements. I see an opportunity with Elastic to work closely with the headquarters teams to help influence direction. I get energy from that.

Also, the culture here is so unique. Following the guidance and principles of leadership and the Source Code, it’s great to have the flexibility that we have here. Being able to take a meeting while out walking my dogs, or giving my brain a rest in the middle of the day (not that I have done this as of yet), allows me to come to work with more clarity.

What’s your ethos towards sales?

One thing I learned early on in my tenure as a sales engineer is that the “S” part of that title is as important, if not more important, than the “E” or “A” side of the title. I have found that if you have someone with technical acumen, it’s easier to teach them the technology. The sales side has much more nuance. Selling requires empathy, intuition, and a desire to listen to a prospect and understand their pain.

I have found that those soft skills are a much harder set of skills to teach. I think one of the things that made me successful, and what made my team successful, is that we’re good at listening. We established the same kind of relationship with our prospects as a trusted advisor might once a prospect becomes a customer. Then, of course, you have to back that up with technical expertise, but empathy comes first. If you have the ability to marry those two things together, you can have a very successful career in selling.

What do you think it takes to be a good people manager?

It's the job of a good people manager to hire people who are better than them. Smarter than them. That’s what makes a better team. I take great pride in spending time and really working with my team, giving them constructive criticism. I love to teach. I’m a momma bear and I fight for my cubs fiercely. I love learning their quirks and nuances and building enablement plans specifically for them. That’s what gives me the fire in the belly. Sure, I love it when the technology is great, don't get me wrong, but what makes me very happy is if I can see someone as successful in their roles as I have been in mine.

What kind of advice would you give to people who are early in their career, and want to get to your level?

You’ve got to outwork everyone else, especially as a woman in this industry. That’s my personal experience. I prepared a lot and learned how to have a bit of swagger. When you enter a room you have to own it. You’re never going to know the answer to every question. You’ve got to listen, be proactive, and be confident. Prospects will eat you alive if you don’t carry yourself well.

Why do you think there’s such a lack of female representation in the tech industry?

I think one problem is that many women feel that it’s a difficult industry to break into. They think you need to go to a specific school or have deep STEM experience. Really, you just need an analytical mind. The companies you target play a role as well. The biggest thing, in my opinion, is mentorship. Participating in groups that allow women to network and provide different mentors goes a long way to building up more confidence choosing technology as a career path. There are several women and groups that are doing a good job of trying to change that perception.

My girlfriends and I have an informal group that we call wine and women. Our goal is to take younger women under our wing and show them there’s a path in this industry. It’s very informal — usually there’s a beverage of choice in hand. Still, we take mentorship very seriously.

When you are hiring, what do you look for in a candidate?

I’ve changed my thought process on this over the past few years. I’m looking for candidates these days who have been in the trenches and have experience in different roles. Perhaps they’ve been a SOC analyst, or they’ve done investigations, but they have been consultative along the way. Getting these kinds of people involved in the sales side brings extra layers to the prospecting process and conversations. The conversations are so much more meaningful because you’ve got someone who has experienced the same type of pain as the prospect. Being a prospect and hearing from a sales engineer or solutions architect that hey, I’ve been on your side before, I’ve faced the same issues as you, is reassuring. Sales engineers and/or solutions architects who have been in the trenches may bring a different approach to problem solving, which allows them to create partnerships early on with prospects.