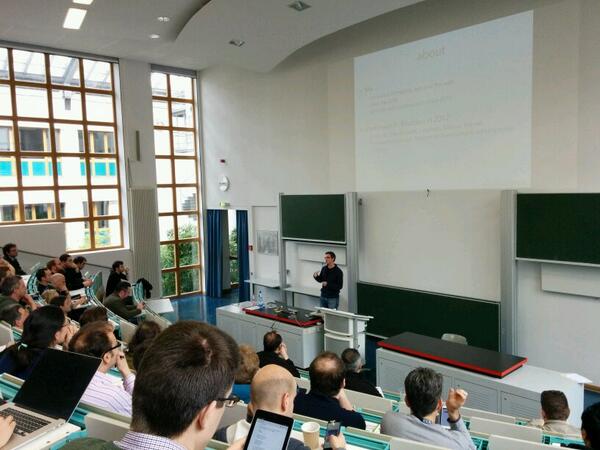 Alexander Reelsen treats the audience at the Berlin Experts Days Conference to all things Elasticsearch, Logstash and Kibana
Photo courtesy of Lennart Koopmann. 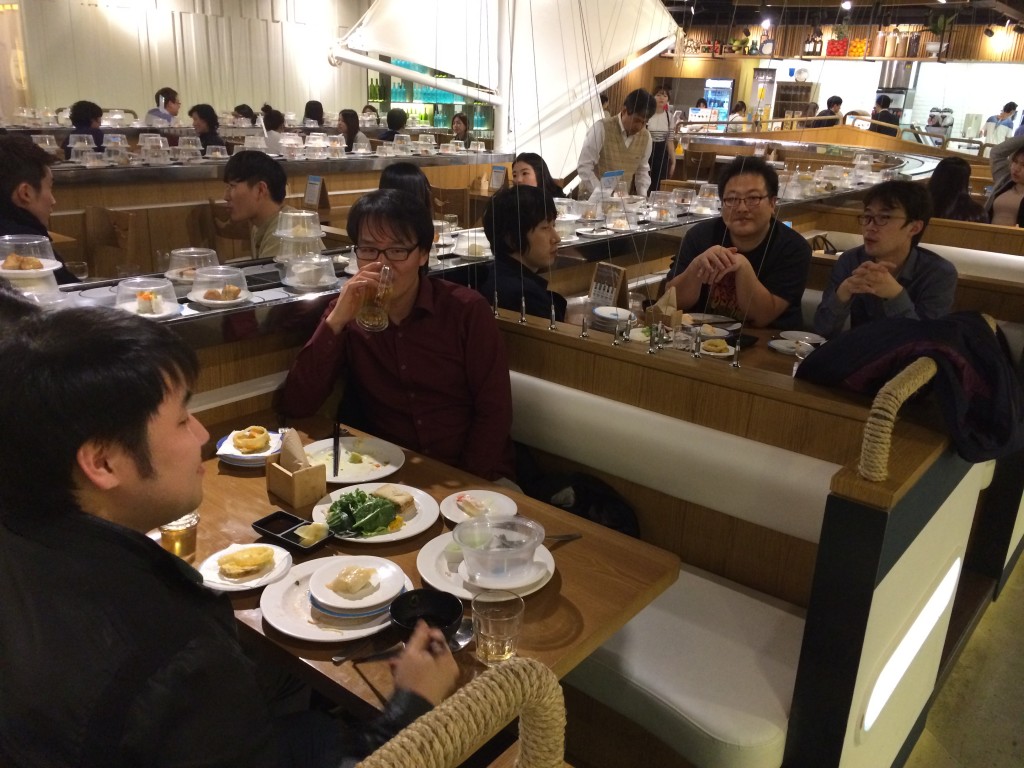 Attendees of the first Elasticsearch Korea User Group share a meal after the meeting.
Photo courtesy of JongMin Kim. 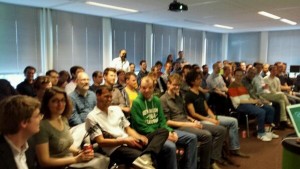 Full house at the April Elasticsearch Amsterdam Meetup, where Luca Cavanna talked about new features in 1.1 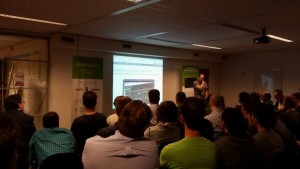 Elasticsearch is very excited to send our first speaker from the company to Brasil! Leslie Hawthorn, our Community Manager, will be returning to FISL once again to speak on Community 2.0: Beyond Using Software Livre. Leslie will speak on May 7th and FISL 15 runs from May 7-10th in Porto Alegre. Her talk will be in English but most of the talks on the program are given in BR-PT. Leslie will also be on hand to answer questions you may have about Elasticsearch, Logstash and Kibana.

David Pilato will present Make sense of your (BIG) data! at the Codemotion Roma Conference The conference takes place in Rome on April 11-12th, and David will speak at 2:10 PM on the 12th.

The 4th Elasticsearch study session has been scheduled by Jun Ohtani. Please plan to join the meeting at 7 PM on April 21st.

Costin Leau will be speaking at the Translyvania JUG on April 14th, covering an Introduction to Elasticsearch. Doors open at 6 PM.

Clinton Gormley will take the stage at ScaleConf to talk Scaling real time search and analytics with Elasticsearch. The conference runs April 10th and 11th in Cape Town.

David Pilato will speak at the Esprit JUG Days in Ariana. Further details of the conference schedule are forthcoming, but mark your calendar for May 7th and 8th. In the meantime, you may want to visit the conference's Facebook page.

Oh yeah, we're also  hiring. If you'd like us to find you for employment purposes, just drop us a note.  We care more about your skill set and passion for Elasticearch, Kibana and Logstash than where you rest your head.