As part of an effort to keep the deprecation info API up to date as we go (as opposed to a last minute push),we opened an issue to track breaking changes in 8.0 that need additions to this API (#42404).

We have merged the PR that adds a force merge step to the enrich policy execution (#41969).

Work has also started on integrating security with the enrich feature as is described here.

We've started looking into how processor/pipeline can indicate that it needs to run on a different node. This is needed, because in the case when a write request with a pipeline is sent to a node that doesn't have an enrich index shard or that shard isn't ready yet. This should work similarly to how we forward write requests with a pipeline from a non ingest node to an ingest node.

Work has continued on making improvements to Watcher. Recently this focused on the watch list view) and threshold alert. 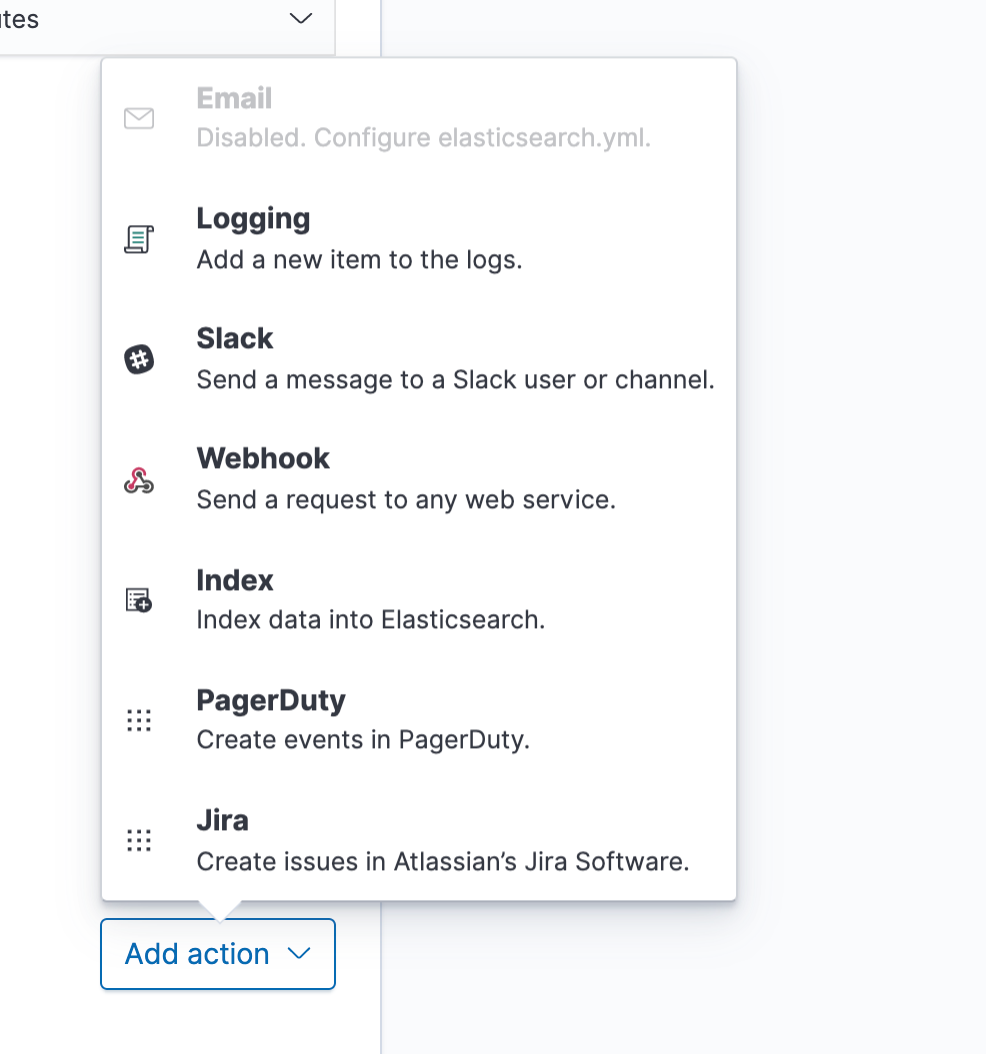 We have instrumented Snapshot Repositories with UI metrics, and also worked on adding logic to warn users and disable delete for a cloud-managed repository. 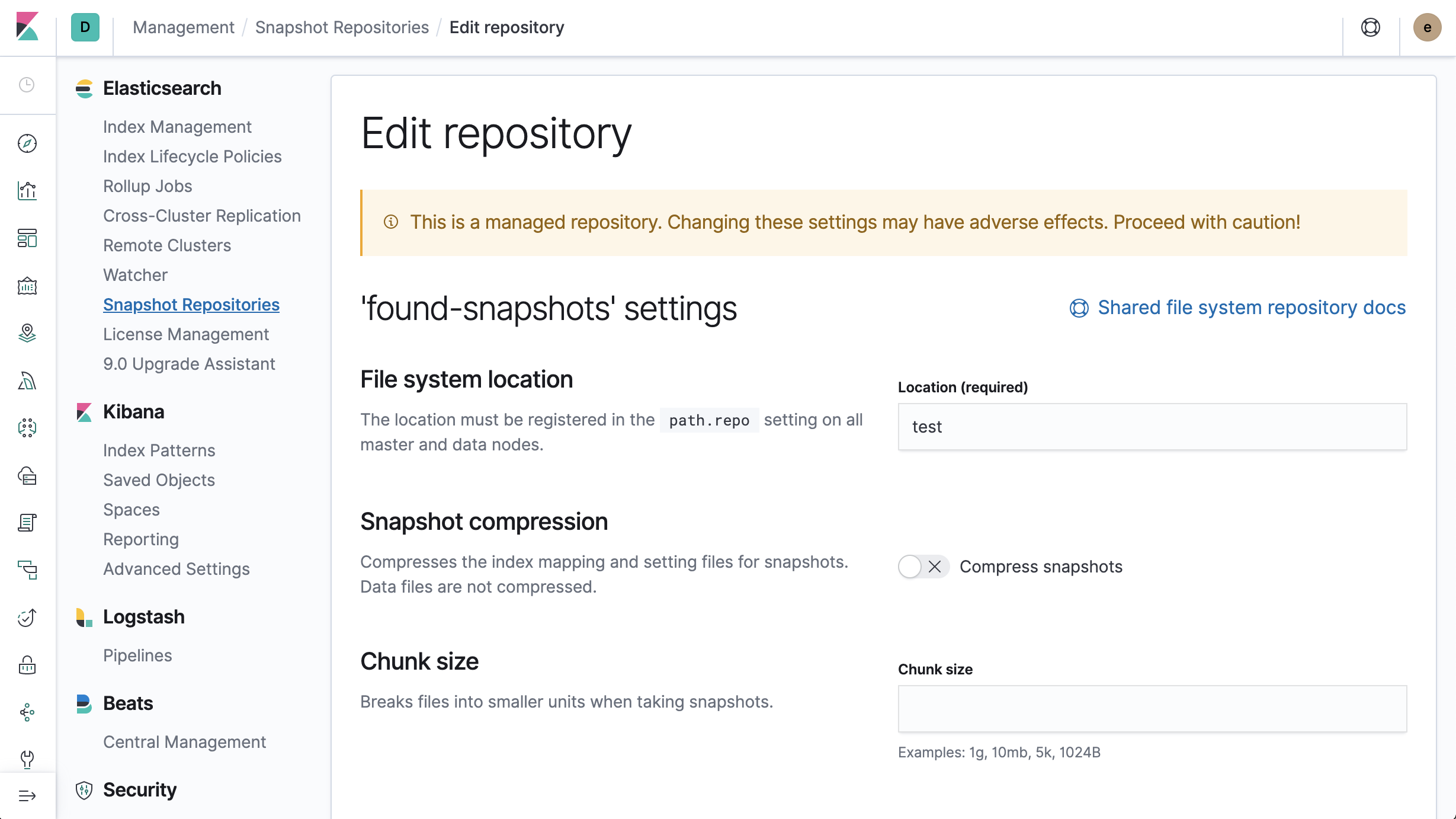 We merged Rally#688 resolving a major usability issue (Rally#478) where wrong user specified track parameters, e.g. due to a typo, don't show a warning and may end up running a wrong benchmark. We took the extra mile and display a list of the wrong parameters, the entire list of user configurable parameters as well as possible correct alternatives using Levenshtein style approximate string matching.

Work has begun on types removal for 8.0. We have started to remove typed URL paths in the REST layer and have also done some cleanup to completely remove internal references to types in the search APIs.

We have deprecated+removed support for chained multi-fields. As of 8.0 it won't be possible to define a multi-field within a multi-field. This closes a long standing issue that was opened to limit multi-fields to relevant settings only.

A PR was merged that activates low-level cancellation for search by default. The change is minimal but it required a lot of benchmarking in order to ensure that it does not impact search performance. Low-level cancellation is required to improve the responsiveness of search cancellation for long running queries and will benefit to systems (Kibana, ...) that cannot change the default settings of an Elasticsearch cluster.

We have deprecated and removed the node.max_local_storage_nodes setting. This setting, which prior to Elasticsearch 5 was enabled by default and caused all kinds of confusion, has since been disabled by default and is not recommended for production use. The prefered way going forward is for users to explicitly specify separate data folders for each started node to ensure that each node is consistently assigned to the same data path.

The main step in getting rid of this setting was to move the test infrastructure away. This also changes the behavior of ESIntegTestCases so that starting up nodes will not automatically reuse data folders of previously stopped nodes.

Finally, this also opens up the possibility to remove the "nodes/$nodeOrdinal" folder prefix from the data path in 8.0.

We've merged the initial implementation of the major serialized tree structure for storing polygons as doc-values (#40810 and #42331).

We revisited the tessellation logic after a user reported a failure in a valid polygon in the discuss forum. This new issue showed clearly that the tessellator logic was failing when a hole had a shared vertex with the polygon.  We decided to change the logic when eliminating holes to detect if a hole has a shared vertices and use that vertex as the hole bridge. In order to do that efficiently the algorithm uses the bounding box of the hole to filter out potential candidates. This changed allowed us to remove most of the complex logic we had previously added.

A 8.1.1 release has been called in order to fix a NPE when a Solr collection is called via an alias. This release has no changes on the Lucene side however.

How to enforce a maximum clause count?

Currently Lucene enforces that boolean queries have at most 1024 clauses. Some users have been working around this limit by using multiple levels of boolean queries so that they can have more than 1024 clauses in total but each boolean query has no more than 1024 clauses so Lucene doesn't complain about the clause count. However we recently introduced a new rewrite rule that flattens disjunctions within disjunctions, effectively defeating this workaround, which is surprising some of our users. We are considering deactivating this rewrite rule when it would hit the clause count limit, but this also triggered a separate discussion about whether we could count clauses across the entire query tree as opposed to on a per-BooleanQuery basis.