After helping with a couple support tickets related to configuring synonyms, we've added documentation around how to best use synonyms with token filters such as word_delimiter that produce stacked tokens.

We are also reworking the docs for the discovery-ec2 plugin.

We recently opened the geo_line PR.  This is an aggregation which consumes a series of points and a sort value (e.g. time) and sorts those points into a linestring.  An example use-case is GPS coordinates logged periodically by taxis, container ships, etc.  These individual points are much more useful when arranged chronologically in a line. Here's what that looks like: 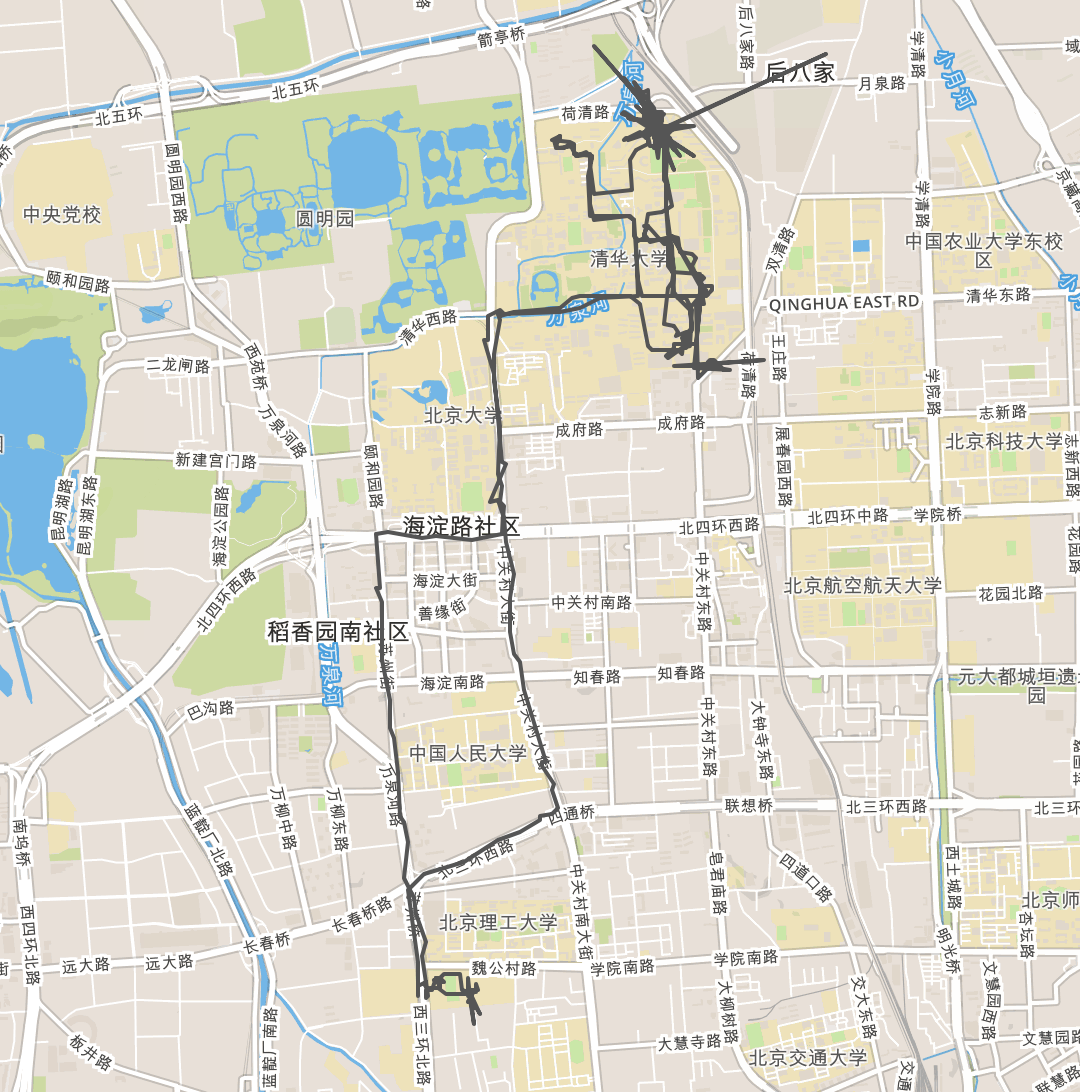 We love it when our community submits pull requests to Elasticsearch! Thank you to all of our contributors, past and present. Here are a few recent community pull requests:

We reviewed a community PR to reject port ranges in discovery.seed_hosts, which were previously accepted but silently ignored by Elasticsearch.

We're reviewing a community PR that is adding the index name to cluster block exceptions. These exceptions are triggered for example when trying to write to an index with a read-only cluster block, which is automatically added by the system when nodes holding this index are running low on disk space.

We're reviewing a community PR that allows running _cluster/reroute commands even if the maximum number of retries limit for failed shard allocations has been reached.

We've updated the resiliency status page, closing off two important issues that were addressed by a multi-year effort, starting with the sequence numbers project in the 5.x and 6.x series, and culminating in the release of 7.0 with the new cluster coordination subsystem:

We've recently also worked on more extensive testing in these areas. We added tests for our new optimistic concurrency control structures (if_seq_no and if_primary_term), checking linearizability of compare-and-set operations. Based on this work, we learned quite a bit about the guarantees that the system provides under certain failure conditions, and will look at strengthening some of those guarantees. This work also helped in uncovering bugs. We also fixed a problem where a shard that was being closed during a replica rollback was keeping an active index writer around, causing various follow-up checks to fail.

Our long running change to move security tokens into their own index (and out of the main security index) has been merged. This has been a pretty big effort as we want the change to happen automatically when you upgrade the cluster to a new (7.2+) version, but not happen during a mixed cluster (when some nodes are on <7.2), and for it to seamlessly accept any active tokens that were created on the old cluster version and are stored in the main security index.

This is part of our long running effort to make it easier and safer to backup & restore the security index.

We've made a range of changes to the token service for 7.2, some of which forced us to change the format of the tokens that we provide to client and how we stored them in the index. We are tackling the last part of those changes which is to change the way we store token strings in the index so that getting read access to the tokens index does not allow you to authenticate with someone else's token. (All previously released versions of ES had this protection, but the way that was implemented didn't fit with the changes we were making in 7.2, so we removed it during this development cycle and are implementing a different solution before feature freeze for 7.2).

The Enrich Processor (formerly referred to as the "Lookup Processor") will allow users to define ingest pipelines that enrich the ingested document with data from another index on the cluster (subject to some limitations). There is still a lot of work left to do, but the core pieces are are coming together, which include data-local Lucene queries, a policy runner, and the REST APIs. If you'd like to follow our progress or provide feedback, feel free to check out the meta issue.

The first cut of the SLM documentation and an API path change from /ilm/ to /slm/ have now been merged to the feature branch. We've also introduced two new roles: manage_slm and read_slm to allow configuration for more fine-grained permissions. Finally, we've started the work to store the results from SLM's snapshot creation to a dedicated history index. This will allow us to set up alerts and have a history of failed/successful snapshots.

The release branch for Apache Lucene / Solr 8.1 has been cut and the release process has started. We await the first RC later this or early next week. For Lucene in particular this will bring: