Out of the kernel

At WWDC 2019, Apple announced that in the upcoming macOS 10.16 release, third party vendors will no longer be allowed to run in the kernel via kernel extensions. What this means for security vendors is that those who are currently using a kernel extension to provide protection or detection will essentially need to toss out their kernel component and use the new frameworks that Apple has provided. These new frameworks are:

The EndpointSecurity framework revealed in WWDC 2019 is the spiritual successor to the Kauth framework that provides introspection into various system events such as:

In comparison to Kauth and Mandatory Access Framework, EndpointSecurity framework provides very rich information regarding system events — often providing information that would otherwise require non-supported kernel techniques to retrieve. This information is packaged into a relatively straightforward API accessible in userland. This provides developers the ability to use modern tools to debug their userland EndpointSecurity client, making development easier and any crashes less catastrophic for the system.

For more alert-based detection and response, the Notification Event types provide information regarding system events that have happened without the chance to intervene. This subscribing to this event type is better for use cases where certain sequences of system events may correlate to malicious behavior and an alert should be sent to the user.

There are several notable APIs when using the EndpointSecurity framework.

es_copy_message[6] - This method is called by your process to copy a message that was sent to your handler. This is particularly useful for Authorization Event messages that may need to be copied and responded to later. The pointer returned by this method must be freed with a call to es_free_message[7].

Given these APIs, how can these pieces be put together to create functionality for preventing or detecting threats?

Subscribing, receiving, and responding to events

As a spiritual successor to kernel extensions, the SystemExtensions framework provides developers the ability to enhance the functionality of the operating system. As stated in WWDC2019’s System Extension presentation[8], kernel extensions have some problems when developing and deploying. Because the kernel environment is so unforgiving for mistakes, kernel code and kernel extension code must effectively be perfect. Any bugs can cause the entire machine to kernel panic and require a restart.

In addition, any issues that require a debugger become even more difficult as debugging the kernel requires two machines and special hardware or software to enter a debug session. These problems are remedied with the introduction of System Extensions in macOS 10.15. Because System Extensions run in usermode, developers can now leverage modern development tools to triage and debug issues that crop up, and a System Extension crashing will not cause a kernel panic. A sample System Extension project from Apple can be found here[9], which demonstrates how a macOS app can package, load, and communicate with a Network Extension.

When it comes to developing and deploying a System Extension, there are several hoops that developers must jump through. The first hoop is the entitlements required to load the System Extension. Next up is the the location of installation and structure of the application (although this can be worked around with systemextensionsctl developer [on|off] ). And finally, having the end user click through the proper prompts to allow the System Extension to load.

There are several notable APIs that are used when developing and loading System Extensions:

In order to develop applications with the ability to load System Extensions, there are entitlements and capabilities that must be enabled. Developers must enable the following capability in their apps in order to install system extensions.

This option can be found in the App ID configuration section under the “Certificates, Identifiers & Profiles” tab.

In addition to the entitlement, the capability must be enabled on the developer account. 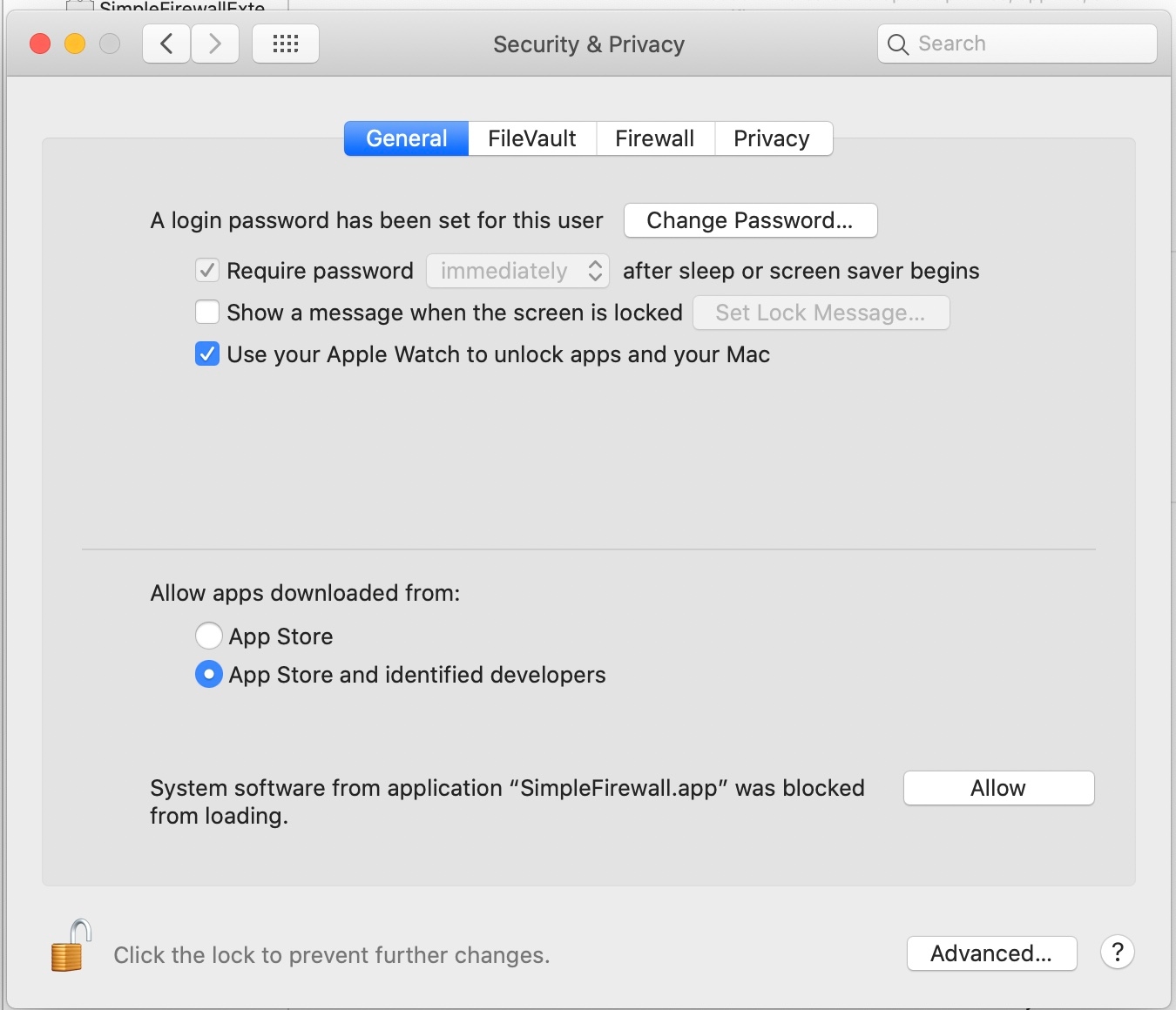 If the System Extension is making use of the NetworkExtension framework, there will be an additional prompt to the user.

Finally, once the user has clicked through all the prompts, the Network Extension is allowed to begin its work.

While developing your application to use the new SystemExtension framework or the new EndpointSecurity framework, you may run into some hiccups. Here are a couple.

Attempts to perform blocking operations directly in the handler will result in the EndpointSecurity client being killed when there are too many system events at once.

By attempting to perform analysis on a seperate thread while the handler thread waits for a result or timeout, no other events are being dequeued from the event callback dispatch queue, which at some point fills up the queue and results in the EndpointSecurity client being killed.

The correct thing to do is to use es_copy_message() to copy the message, return from the event handler immediately, and perform deadline management and analysis on a seperate thread.

Launch daemons can load System Extensions, but cannot unload them

Although the information is not particularly useful as to exactly what we can do to remedy the situation, by finally reaching out directly to Apple, they’ve addressed the situation in the following manner:

The new EndpointSecurity framework and the new SystemExtension framework provides an incredible amount of modernized functionality for threat detection on macOS. Kernel extensions long provided the capabilities needed to extend system functionality to allow third party security vendors the ability to detect and stop threats. However, this all came at the cost of potential system instability and old/outdated development tools. With the introduction of these new frameworks, security vendors will have a smoother development time, less buggy code (due to the ability to use modern debugging tools), and less catastrophic consequences if their code happens to have a bug in it. Overall, these new frameworks are a welcomed addition to the security toolset.