Keeping up with Kibana: This week in Kibana for October 7th, 2019

A PR implementing space specific default routes has merged, and will be available starting in Kibana 7.5.

We’ve continued analysis on the technical approach for allowing saved-objects to be shared in multiple Spaces. We will be creating a few proofs-of-concept to validate the proposed design before creating the necessary RFC(s) and continuing to gather input.

This week we made significant progress on new APIs in the New Platform as well as improvements to the migration process.

To make migrations easier, we’ve made a few improvements to bridge the gap between legacy and NP plugins. We added a compatibility layer for legacy plugins to leverage the ApplicationService interface and opened a PR to make the Core APIs consistent between legacy and NP plugins. We also have a PR open to greatly improve our generated API docs and add more guidance to the Migration guide.

We also did some quality improvements this week. We merged a change to simplify generic types for the ContextServices and improved our test coverage around legacy’s integration with the New Platform router. We also have an open PR in final review for adding TypeScript types to ES API calls.

For the New Platform migration, 4 PRs were merged by plugin teams this week, 3 by the App Arch team and 1 by the ML team.

As of Node 10.12.0, there is now recursive support for mkdirp, which removed the need for the mkdirp package. All our dependency on this package in the repository were removed and eslint will error should someone attempt to bring it back in again. kibana#47251

When creating a build, we clean any package which is only used in client code and packaged in the DLL’s, saving a considerable amount on space and file count. We did find an issue with this for modules only in the X-Pack project, which has now been resolved. kibana #47091

An issue was found when using git worktree feature which cause the bootstrap to fail. That has now been solved. kibana#47232

Last week we continued our march towards the new platform, with the following items being completed:

We finished review of the Management Service RFC.

A bug that caused a regression in TSVB was fixed and some tests were improved.

We are working on determining what kind of telemetry we will be tracking for beta.

If you have feedback about Lens, we'd love to hear it at #kibana-lens

Last week #45547 was merged adding a guidance panel to an unconfigured workspace (also see the design update) - thanks for all of the people giving feedback to content, appearance and code. The migration of the code base made good progress with #46799 and #46133 merged and #47394 and #46914 currently in review. With lots of help from Gail and Shaun #47324 is currently in progress improving phrases and making the wording consistent throughout the app.

We are getting close to having the entire Canvas app translated for i18n.

Canvas Snapshots are now named “Shareables”. The ability to export a workpad and include it in any website using a js runtime is currently in testing (in Cloud!). If you want to give it a try instructions are here. 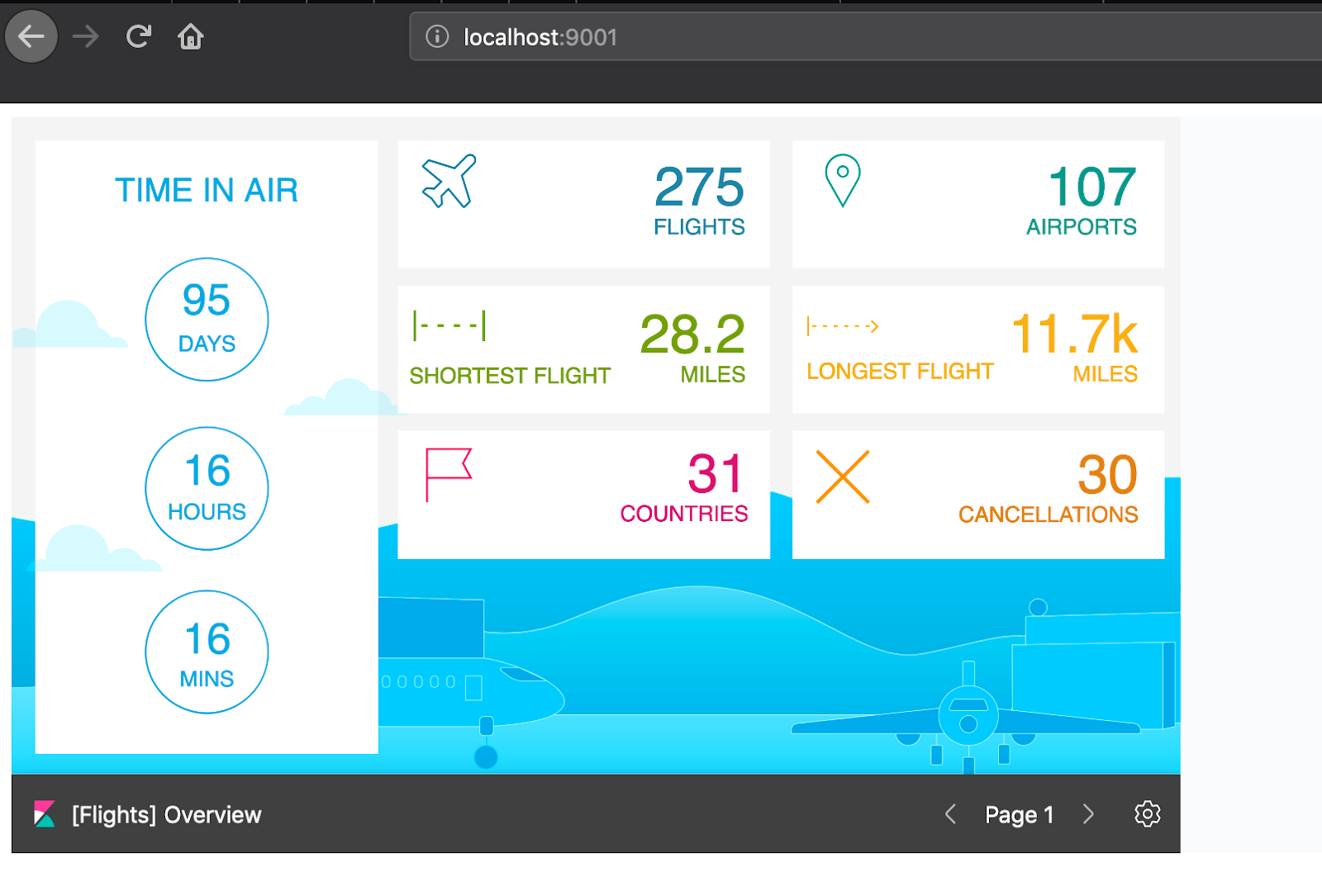 A Canvas workpad running outside of Kibana.

EuiDataGrid on a solid path to beta

EuiDataGrid continues to hone in on the feature set for its beta release. We've spent the last week cleaning up the menu bar UX, iterating on grid navigation, and are finishing up the cell expansion popover.

Helping users get started with Graph

Graph received a new “Let's get started!” screen to guide users on how to use this application. 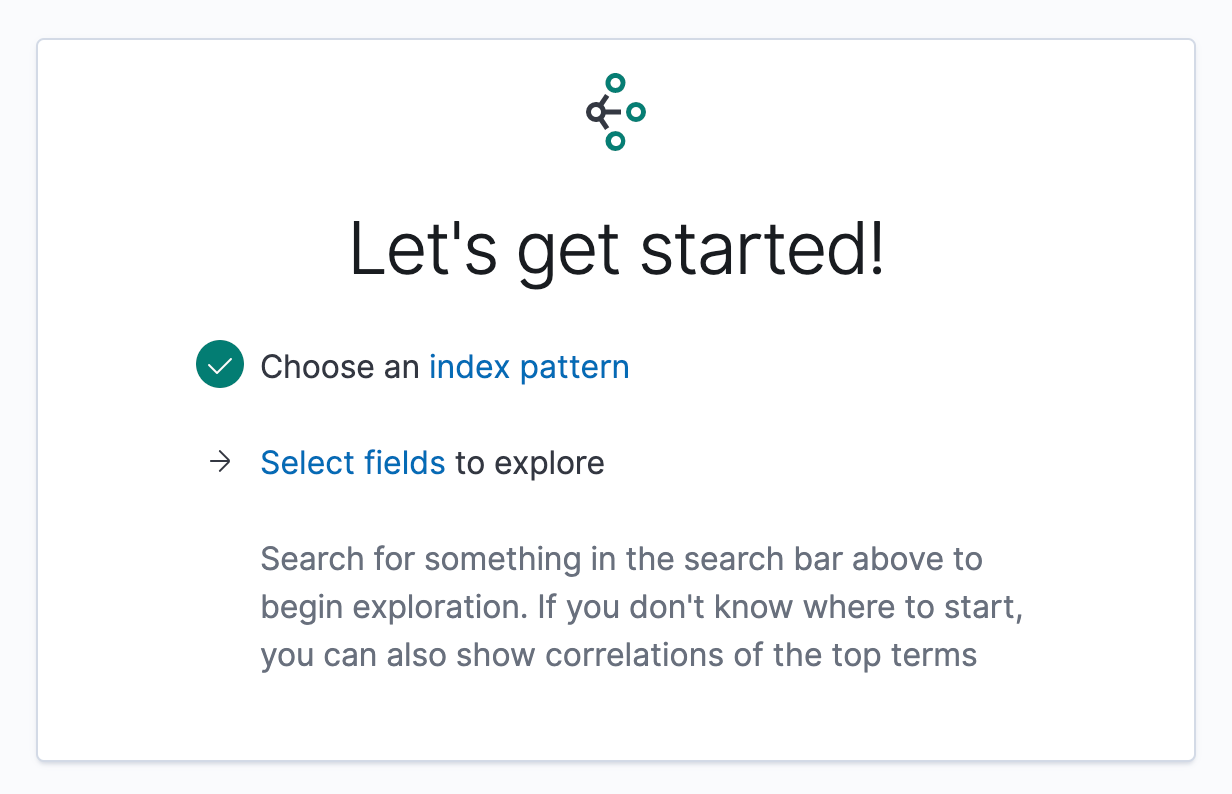 We have the PR for moving telemetry to OSS ready for another round of review (#45769). More tests have been added and removed duplicate code for the opt-in banner.

An issue has been opened for telemetry not honoring the user set timezone (#47438). A PR for fixing this will be opening soon.

New platform migration is going well. The “collectorSet” feature needs to be moved from legacy core. The collectors will move to “ui_metrics” and rename “ui_metrics” to “metrics” (#46924). A few other features need to be migrated to new platform before telemetry can be fully migrated.

We worked on improving how Task Manager takes ownership of tasks. It now uses updateByQuery to pick up and claim ownership in a single call to Elasticsearch (#46997). The next focus is to allow the saved objects client to support bulk updates (#47135).

We merged support for muting alert and alert instances (#43712). The PRs for new platform shims on the alerting (#46954) and actions (#47256) plugin are now in review. New documentation has been added to mention alerting and actions plugin are disabled by default and need to be enabled before using alerting (#46838).

We started working on building a UI base structure for the actions plugin making sure it’s easily portable to the new platform (#47430).

We started replacing the job completion notifier hack for a new platform plugin (#47283). An issue has been created to make “xpack.reporting.capture.maxAttempts” default to 1 (#47383). Work is pending on the “metrics” new platform plugin (#46851) before being able to collect metrics on browser performance. Work is ongoing in regards to fixing random AbortError logs when running a PDF report. It’s culminating now with our filing the Puppeteer bug.