The World of Microservices

Enterprises are increasingly adopting microservice architectures. They are developing and deploying more microservices everyday. Often, these services are developed in different programming languages, deployed into separate runtime containers, and managed by different teams and organizations. Large enterprises like Twitter can have tens of thousands of microservices, all working together to achieve their business goals. As they discussed in this Twitter blog post, visibility into the health and performance of the diverse service topology is extremely important for them to be able to quickly determine the root cause of issues, as well as increasing Twitter’s overall reliability and efficiency. 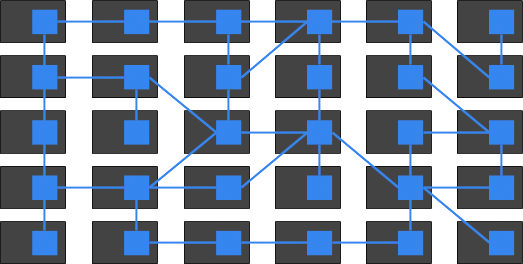 Take a step back, tracing is only one piece of the puzzles of the Three Pillars of Observability - Logging, Metrics and Tracing. As we will discuss briefly, Elastic Stack is a unified platform for all three pillars of observability. When logs, metrics, and APM data are stored in the same repository, analyzed, and correlated together, you gain the most context-rich insight into your business applications and systems. In this blog, we will solely focus on the tracing aspect. 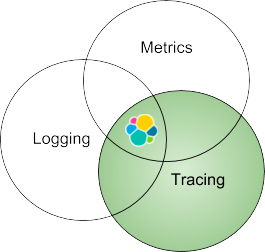 Elastic APM is an application performance monitoring system built on the Elastic Stack. It allows you to monitor software services and applications in real time, collecting detailed performance information on response time for incoming requests, database queries, calls to caches, external HTTP requests, etc. Elastic APM agents offer rich auto-instrumentation out of the box (e.g. timing db queries, etc.) for supported frameworks and technologies. You can also use custom instrumentation for custom purposes. This makes it much easier to pinpoint and fix performance problems quickly.

Elastic APM supports distributed tracing and is OpenTracing compliant. It enables you to analyze performance throughout your microservice architecture all in one view. Elastic APM accomplishes this by tracing all of the requests, from the initial web request to your front-end service, to queries made to your back-end services. This makes finding possible bottlenecks throughout your application much easier and faster. The Timeline visualization in APM UI shows a waterfall view of all of the transactions from individual services that are connected in a trace: 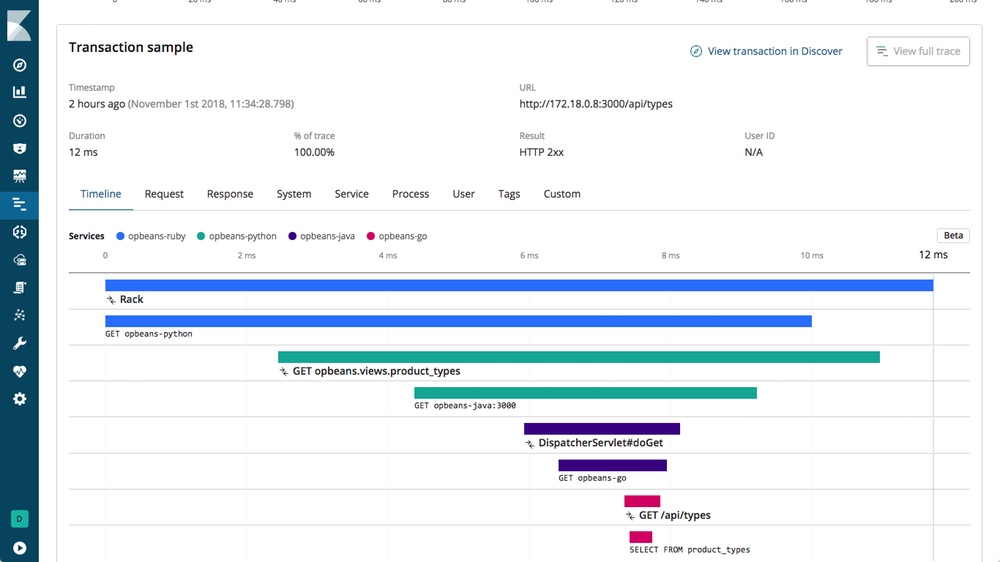 Elastic Stack is also a great platform for log aggregation and metrics analytics. Having logs, metrics, and APM traces all stored and indexed in Elasticsearch is super powerful. Being able to quickly correlate data sources like infrastructure metrics, logs and traces enables you to debug the root cause much faster. In the APM UI, when looking at a trace, you can quickly jump to the host or container metrics and logs by clicking the Actions menu, if these metrics and logs are also collected.

It would be wonderful if everybody was using Elastic APM to instrument their applications and services. However, Elastic APM is not the only distributed tracing solution available today. There are other popular open source tracers like Zipkin and Jaeger. Concepts like polyglot programming and polyglot persistence are well known and well accepted in the world of microservices. Similarly, “polyglot tracing” is going to be more common than not. Because of the independent and decoupled nature of microservices, people responsible for different services will likely use different tracing systems.

With many different tracing systems available, developers are faced with real challenges. At the end of the day, tracers live inside the application code. Some common challenges are:

Modern software systems can be broken down into a few high-level components, typically designed and developed by different organizations and run in different runtime environments.

To monitor such a system in a holistic and integrated fashion with distributed tracing, we need four architectural components:

The OpenTracing specification defines an open, vendor-neutral API for distributed tracing. It enables users to avoid vendor lock-in by allowing them to switch the OpenTracing implementer at any time. It also enables developers of frameworks and shared libraries to provide tracing functionality out of the box, in a standard fashion to enable better insights into the frameworks and libraries. Web-scale companies like Uber and Yelp are using OpenTracing to get deeper visibility into their highly distributed and dynamic applications.

Basic concepts of OpenTracing and the fundamental data model came from Google’s Dapper paper. Key concepts include trace and span.

How does it all fit in?

Ideally, with standardization, tracing information from custom application code, shared libraries, and shared services developed and run by different organizations are exchangeable and runtime compatible, does not matter what tracer each of these components chose to use.

However, OpenTracing only addresses the first of the four architectural components we discussed before. So, where are we today with other components and what the future holds for us?

Where are We Today?

As we discussed, OpenTracing defines a standard set of tracing APIs for different tracers to implement, which is a great start and very encouraging. However, we still need tracing context standardization and tracing data standardization for them to be compatible and exchangeable with each other.

How Elastic APM Works with Other Tracers Today

Even though we are not even close to 100% compatibility among tracers yet today, there is no need to be discouraged. Elastic Stack can still work with other tracers in a couple of different ways.

While we mostly focus on the backend services when discussing tracing and context propagation etc., there is great value to start the trace on the client side in the browser. When doing so, you get trace information the moment a user clicks on something in the browser. That trace information represents the “real user experience” of your applications from performance aspect. Unfortunately again, there is no standardized way of forwarding that information today. The W3C group does intend to extend the trace context all the way to the browser in the future.

Hopefully, this blog helped you understand the landscape of Distributed Tracing a bit better and clarified some of the confusions about where we are with OpenTracing today. Let’s call it a wrap with a brief summary:

As always, reach out on the Elastic APM forum if you want to open up a discussion or have any questions. Happy tracing!