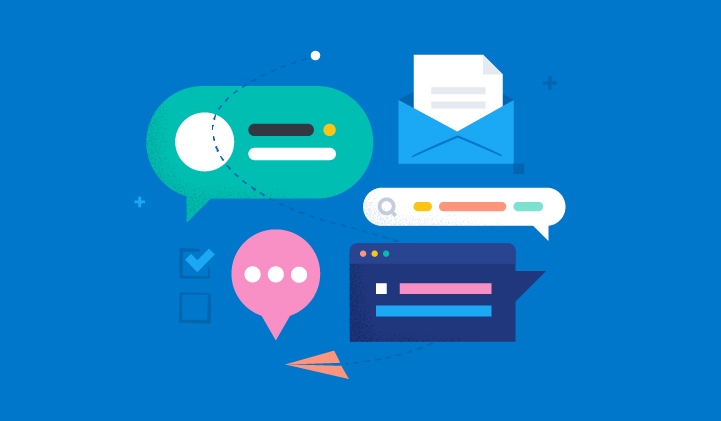 Every year Elastic recognizes exceptional community members from across the globe with the Elastic Contributor Program. These Elastic champions have earned points for organizing events, delivering presentations, contributing code, writing or translating articles, and creating video tutorials -- all to advance in their careers.

Two of our recent Elastic Contributor Program winners took their love of Elastic and our technology to the next level by becoming full-time Elasticians. We couldn’t be prouder to share the journeys of Peter Steenbergen and Philipp Kahr, from contributor to Elastician.

Peter was hired in February, four months after winning an Elastic Silver Contributor award in EMEA for doling out expert Elastic advice, presenting, and for publishing how-to videos.

When did you first embrace Elastic as a technology?

“In 2012, I was building a high-traffic website for cars. We were using a MySQL database for searches. It was getting slow after 10,000 vehicles and dramatically slower after 100,000, so we needed to look for another solution. I had a choice between Solr and Elasticsearch. In a proof of concept, Elasticsearch outperformed Solr. I jumped on the Elastic bandwagon.”

You were recognized as an Elastic Silver Contributor in 2021, and you were also recognized as the Certified Professional of the Year in 2020, which is a prize related to community engagement among other criteria. Clearly, you have some enthusiasm for Elastic?

“Elastic changed my life after being certified. I get questions from all around the world to help people with their problems or to help them get started with Elasticsearch. I share blog articles on LinkedIn via hosted knowledge sharing sessions. Recruiters try to recruit me all of the time.”

Can you share some of your Elastic content you published or presented before you became an Elastician?

In this article my focus is to setup a blank Laravel project and install the official Elasticsearch php package and hooking it into a Service Provider so we can change the environment later in production without changing the code itself.

Why did you want to work at Elastic?

“As an Elastic consultant, before I started at Elastic in February, recruiters were trying to recruit me all of the time, asking me if I wanted to consult for their company. I said, ‘no I don't want to work at your company. The only company I wanted to work for was the company making this software, and that was Elastic.’ Everyone I talked to about working at Elastic never had anything bad to say about Elastic as a company.

“During the interview process, my future co-workers were helping me through it. I was thinking, ‘Where’s the catch? Where’s the snake in the grass?’ I saw the job on LinkedIn. I told myself, ‘I need to apply for this. This position was made for me.’”

“I worked with companies that, when something went wrong, nobody would take accountability. At Elastic, if somebody makes a mistake, people are not scared to admit they made a mistake. They don’t point to another person. They take accountability for it.”

Tell us something interesting about you that most people do not know?

“Most people do not know this. But I was a very active archer in the Netherlands. I became a Dutch national champion, and our team once beat the Olympic team. I also won several tournaments in Germany.”

What advice do you have for Elastic applicants?

"Be yourself, be honest about your knowledge and most of all, have fun during the application process. Elastic really is a very nice company to work for and the interview process is very helpful in multiple kinds of ways. If you do not become the hire at the end of the way, you still get valuable feedback to help you further in finding another job and where you can improve. And best of all, if you become the new hire, you will be welcomed by so many nice people."

Philipp was hired in May, two months after winning an Elastic Bronze Contributor award in EMEA for opening up and committing relevant Elastic issues in GitHub, including dashboard commits, as well as how-to videos.

When did you first embrace Elastic as a technology?

“In 2014, while working as a solutions architect, I was searching for something that was free for logging use cases. I later started opening up issues with enhancement requests, committing some dashboards. I published them so everybody could use them.”

You recently won an Elastic Bronze Contributor award. Can you share some of your Elastic content you published or presented before you became an Elastician?

Why did you want to work at Elastic?

“I really liked the product. It can be used for just about any use case. I got some feedback and some thumbs up from other Elasticians saying, ‘hey, thanks for the great code.’ Everybody I talked to who worked there encouraged me to apply, saying it was a great place to work. And they were right!”

What advice do you have for Elastic applicants?

“You need to apply, have the interviews, and your technical knowledge will be tested. A strong background in Elasticsearch is a plus. Be positive on GitHub. It shows what type of character you have. My community contributions definitely helped in increasing my visibility and technical background to get hired.”

“Working from the home office and if I ask something, it’s always, ‘I’m gonna help you.’ Other places I had worked were not like this, that it was an inconvenience to them to add one more task for them today. I can just ping the developer and they’ll get back to me. I also really like helping our customers and they really like us. It’s really meaningful work.

Tell us something interesting about you that most people do not know?

“I was a volunteer for the local Red Cross as a paramedic. My volunteer team of five people won the ‘First Aid, Austrian Championships.’ (Yes there is a competition in Austria that challenges you to use basic first aid skills to treat wounded persons.)”

Interested in joining a company that has a Source Code to live by? We’re hiring!

Check out our teams and available opportunities.

If you'd like to join the program and become an Elastic Top Contributor, learn more about it here and start contributing to the community today!

And if you want to learn more about the paths to Elastic certification, check out our Elastic Training page.