The first release candidate of Kibana 4 is ready to colorize, stackify, bar-a-tize, and pie-u-late. You may notice the second letter of the greek alphabet is conspicuously absent in the title. Yep, this isn’t a beta. What does that mean for you? It means we’ve sanded down the rough edges and shined up the whole shebang! It also means improved stability, performance, and yes, some fun new features too.

The good stuff is below, but if you want to jump right in then upgrade to Elasticsearch 1.4.3 and grab the new build over on the Kibana 4 download page right away.

Kibana 4 now supports multiple metric aggregations on each chart. For example, displaying the minimum, maximum and average of a field, or multiple totally unrelated fields, on a single plot. We’ve also added the much requested percentiles aggregation as well as a view of standard deviation. 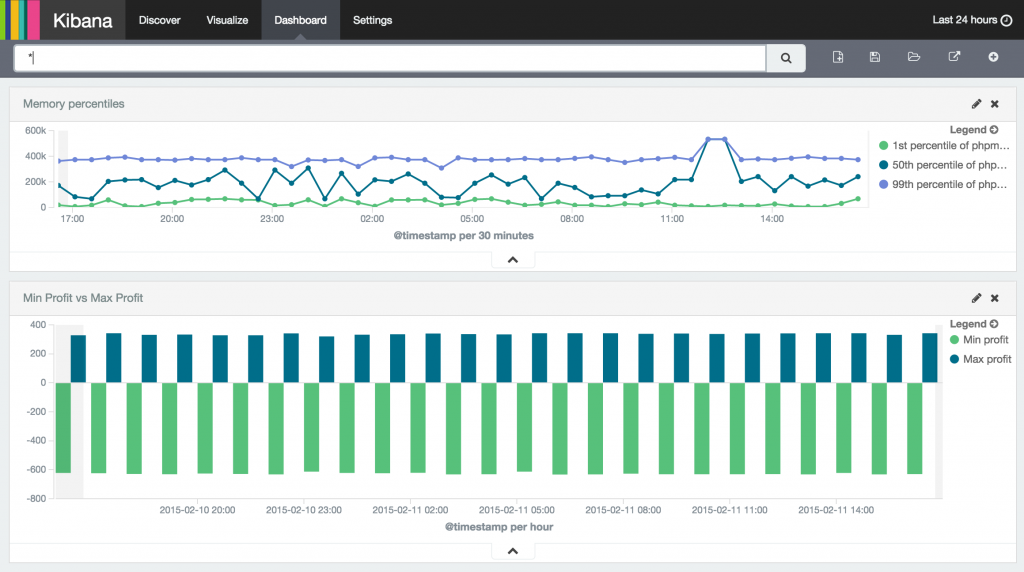 You may have noticed in many analytics engines everything always seems to be trending down at the last point. This behavior is usually due to the last bar not being “full”. For example, a daily bar chart, in which today isn’t over yet. Kibana now shows you how much time is left in the day by subtly shading the chart to indicate that more data may be forthcoming when working with time based series. 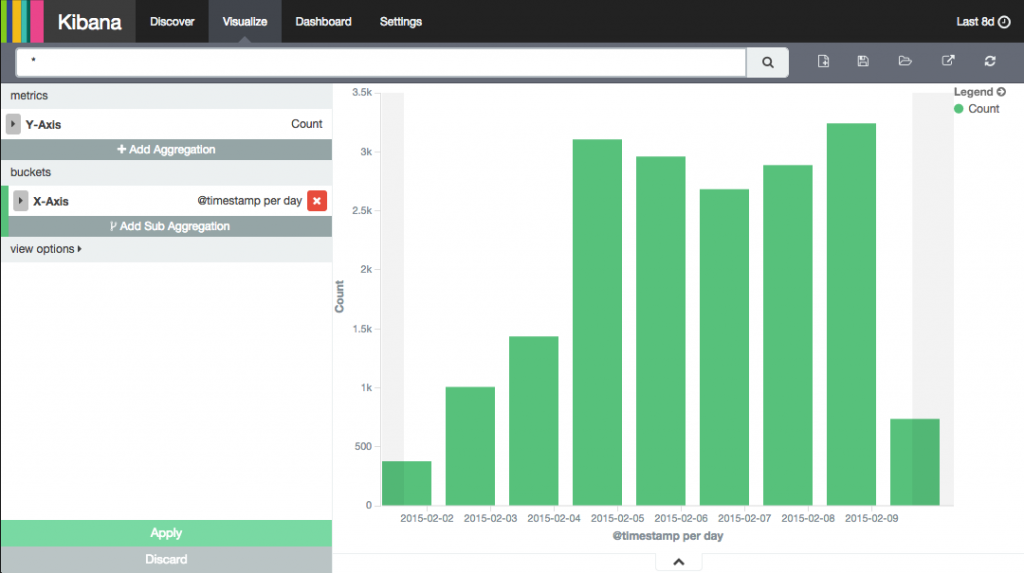 Document tables on the dashboard 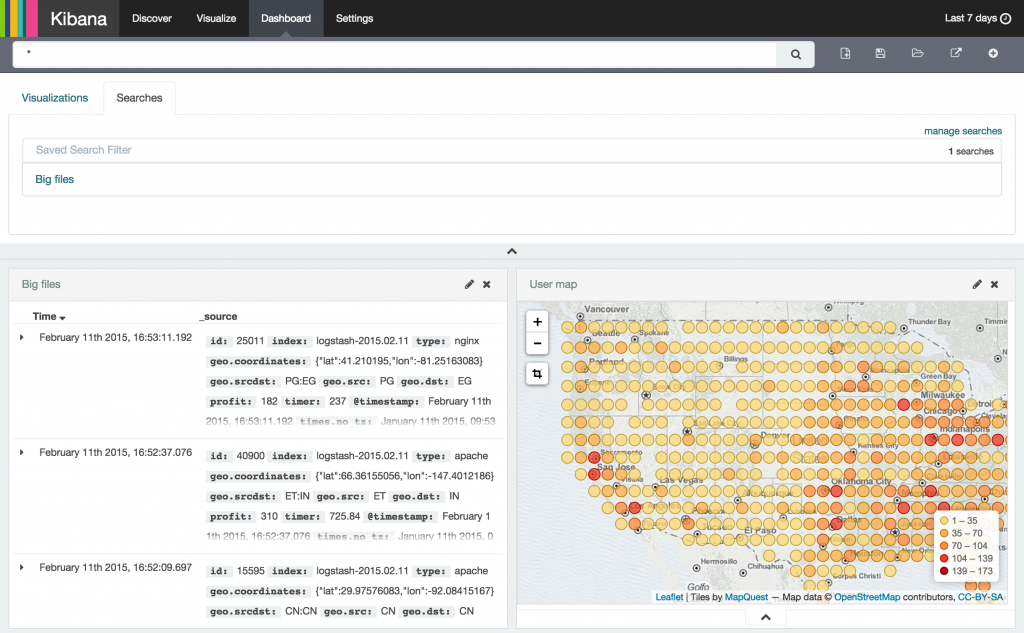 Tired of answering the question: “What does this line here mean?” The markdown widget allows you to add helpful informational panels to complex dashboards. Plus, the data table visualization now supports the same click-to-filter functionality that every other panel supports. 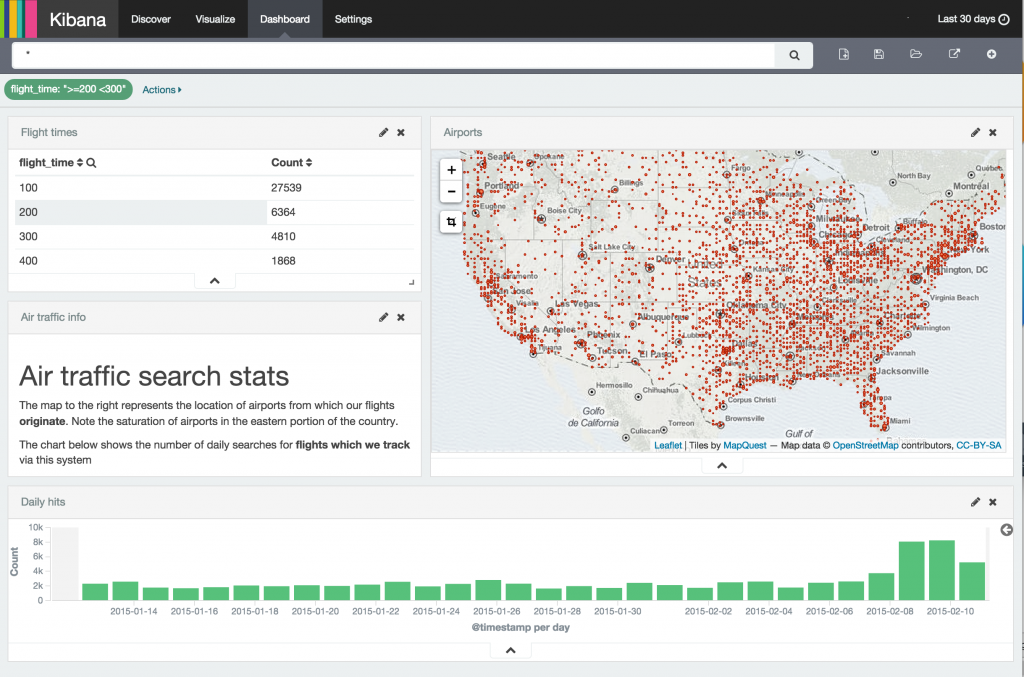 Kibana 4 RC1 also switches over to Lucene Expressions from Groovy due to the release of Elasticsearch 1.4.3. While Lucene expressions only support numeric values and functions for now, we’re working hard to bring in support for strings, dates, and more.

Auto refresh is back! And it uses the same federated request system for simultaneous panel updates that Kibana uses everywhere else. And, of course, it works everywhere, including Discover, Visualize, and Dashboard.

We’ve switched away from the Java (aka jRuby) based backend to a new, faster, more compatible, NodeJS-based backend. No need to worry, we package up the right version of NodeJS with the Kibana distribution and with no more Java dependency setup is even easier. The start process is still exactly the same: ./bin/kibana, except startup is nearly instant!

The flip side is that you will need to download the right package for your operation system. As an entirely unrelated compensation for the operating system specific distribution, we’ve dropped in SSL support totally gratis, both from the browser and to Elasticsearch.

Order now and we’ll throw in a set of steak knives. No, not really, but we will throw in formatted CSV exports, improved negative number handling, and a slick new style! Who knows what else we’ve hidden in there? Something? Nothing? The only way you’ll find out is by downloading it; so go, go now! Go before someone else downloads it all and there’s nothing left for you!

As always, we love hearing from you on IRC (#kibana on irc.freenode.net), GitHub, or Twitter with issues, suggestions, and contributions.