Keeping up with Kibana: This week in Kibana for September 30th, 2019

The SAML redirect PR has been reviewed, and will be merging shortly.

The PR for space-specific default routes is ready for review!

We also plan to merge a slew of documentation updates this week to support plugin migrations. We’re rolling out additional code examples and making the docs more discoverable with more links to API docs.

For the New Platform migration, 1 PRs were merged by plugin teams this week, 7 by the App Arch team, 1 by the Security team, and 2 by the ML team. Many other teams have begun working on adopting New Platform services with many of those plugins planning to land changes in 7.5.

We are  working on a job to assist with testing of flaky tests. This comes in the form of a new Jenkins job that allows you to select which Kibana test suite you’d like to execute, as well as how many times you’d like it to run.

We are continuing our work on the new build system, which amongst other things, will replace our need for shipping Webpack in our builds. An MVP is in progress and we hope to have a demo/discussion at EAH.

We continue the push for self-generated basemap tiles. This will enable us to have on-premise Elastic Maps Service solutions for air-gapped customers.

A bug was fixed in the Sophox tool we use to query for and generate administrative boundaries. This sped up the process of fixing data in OpenStreetMap and Wikidata for Macedonia subdivisions.

This week we moved the Embeddables plugin to the new platform.

Various pieces of Visualizations were refactored or deangularized.

Filter, time filter, and query bar components were refactored and converted to TypeScript.

We also made more progress towards removing usages of IndexedArray and shimming various portions of the data plugin.

Lens (which has a new icon now)

Last week #45384 EUI-ificating the field manager was merged. This brought us to ~50% Typescript code, so you could say Graph is a Typescript project now 🎉Of course there is still a lot of code left to be converted. #46133 migrating state management and #46799 migrating the visualization itself are currently in review together with #45547 introducing the guidance panel for new users. Next tasks up are shimming the new platform and continue migrating the core of the Graph app. 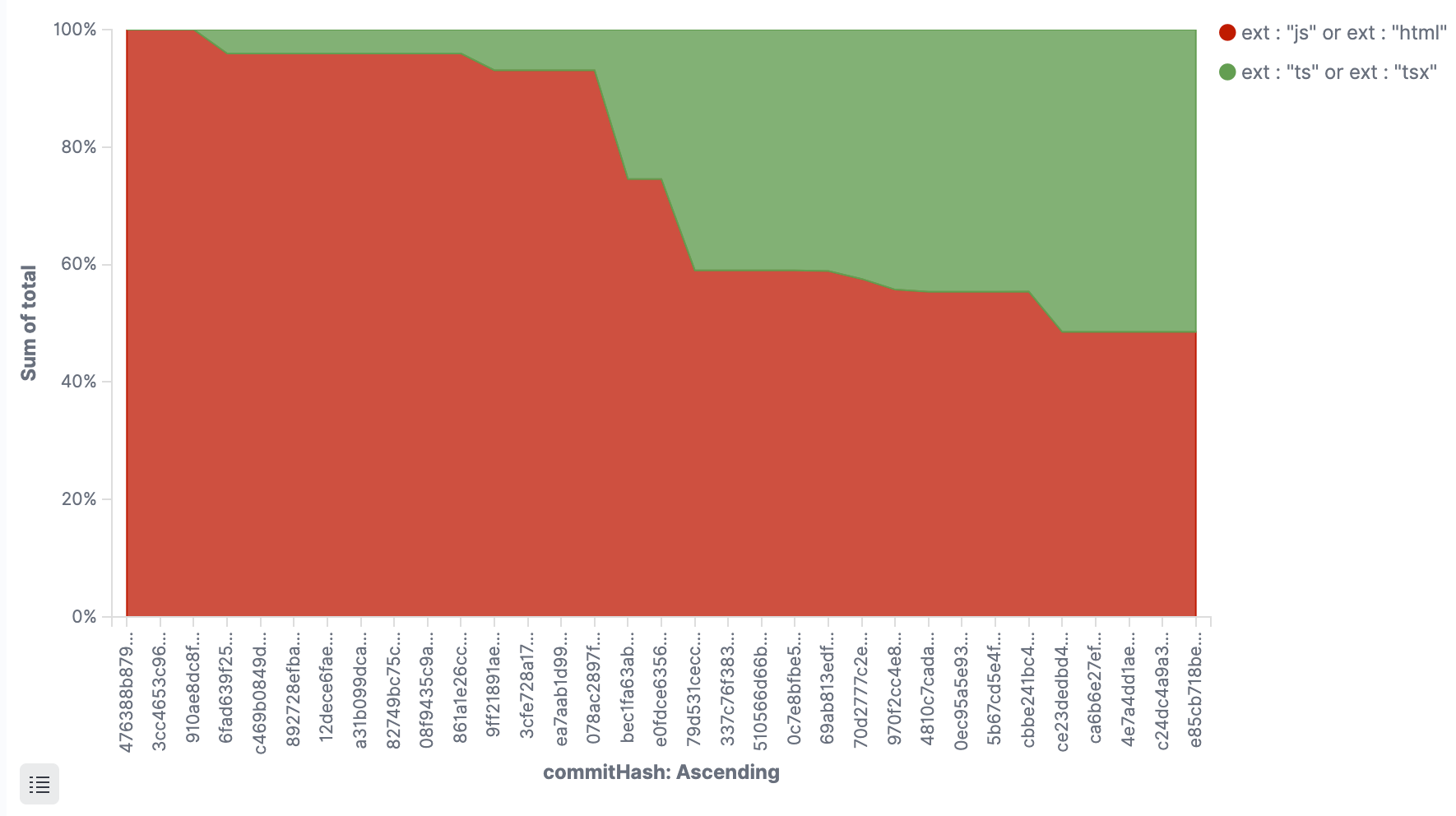 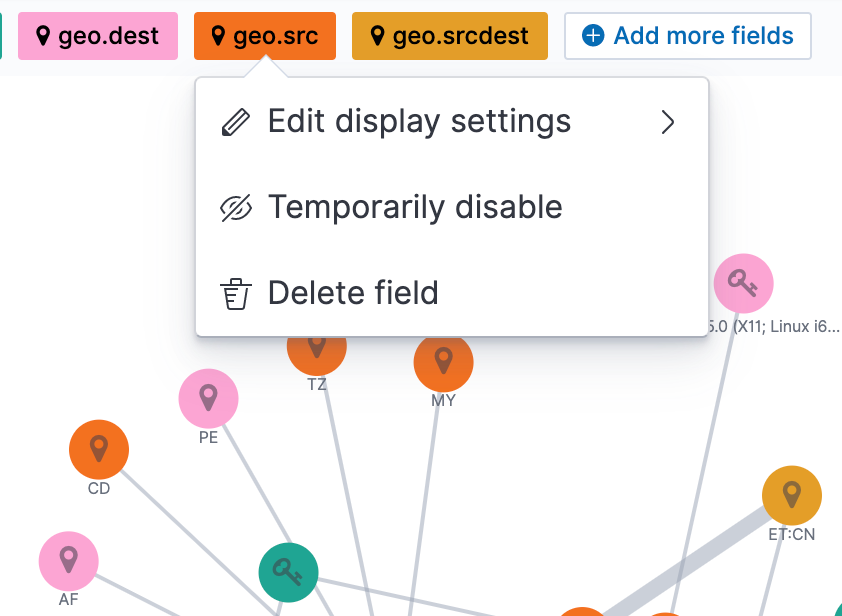 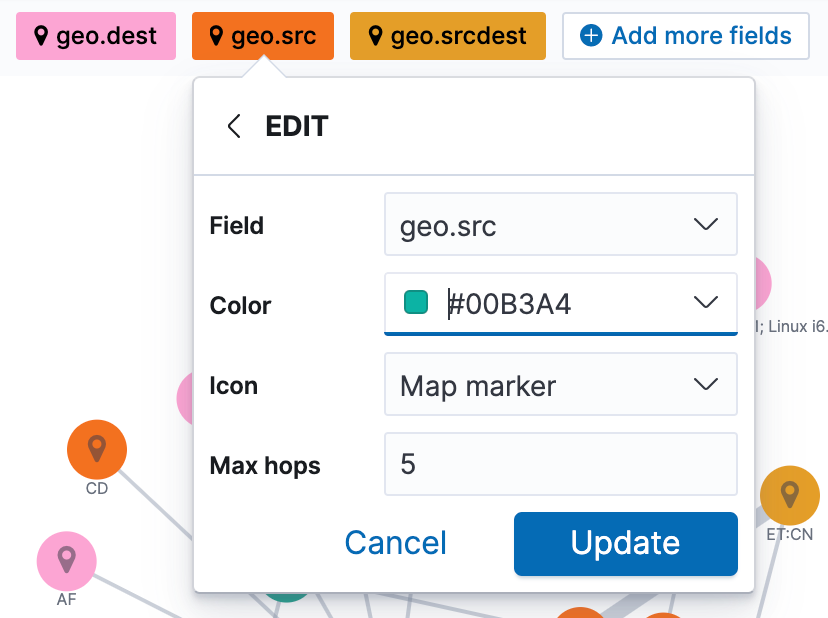 Last week #46485 was merged, converting field icons to EUI. With the merge of #46347, #46679 (currently under review) Discover’s side bar will improve in terms of usability and design, allowing users to quickly filter the list of available fields. Next steps are shimming the new platform followed by finishing the de-angularization and redesign of the side bar.

The Canvas team has been busy with i18n work, and the team is heads down in the final stretch of getting that big effort out of the way.  In general, the team has been plugging away on embeds and shareables, talking with other teams about their uses, and closing PRs.

We demoed the Monaco Code Editor in Canvas last week and has a PR up to integrate it into Kibana for use by other teams.

We’ve been working on a new set of chart icons for Lens to be used when switching the visualization type. This set will be custom to Lens and not part of EUI. 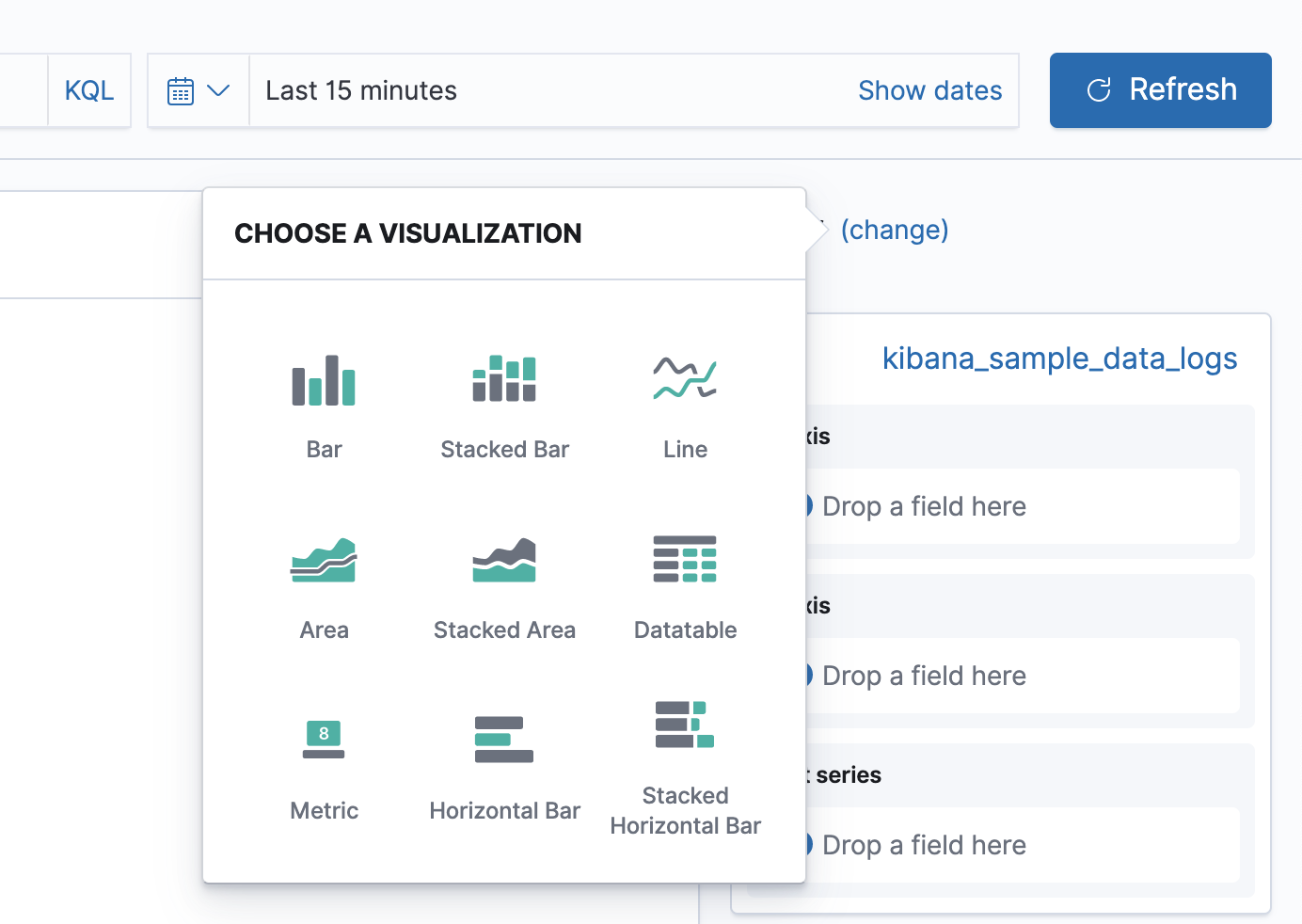 Maps tooltips will soon have the ability to be more customizable. The design team contributed to making this experience more user-friendly.

Last week the Maps application received the newly merged compressed forms and this week more work has been done to make sure all the forms look even better! 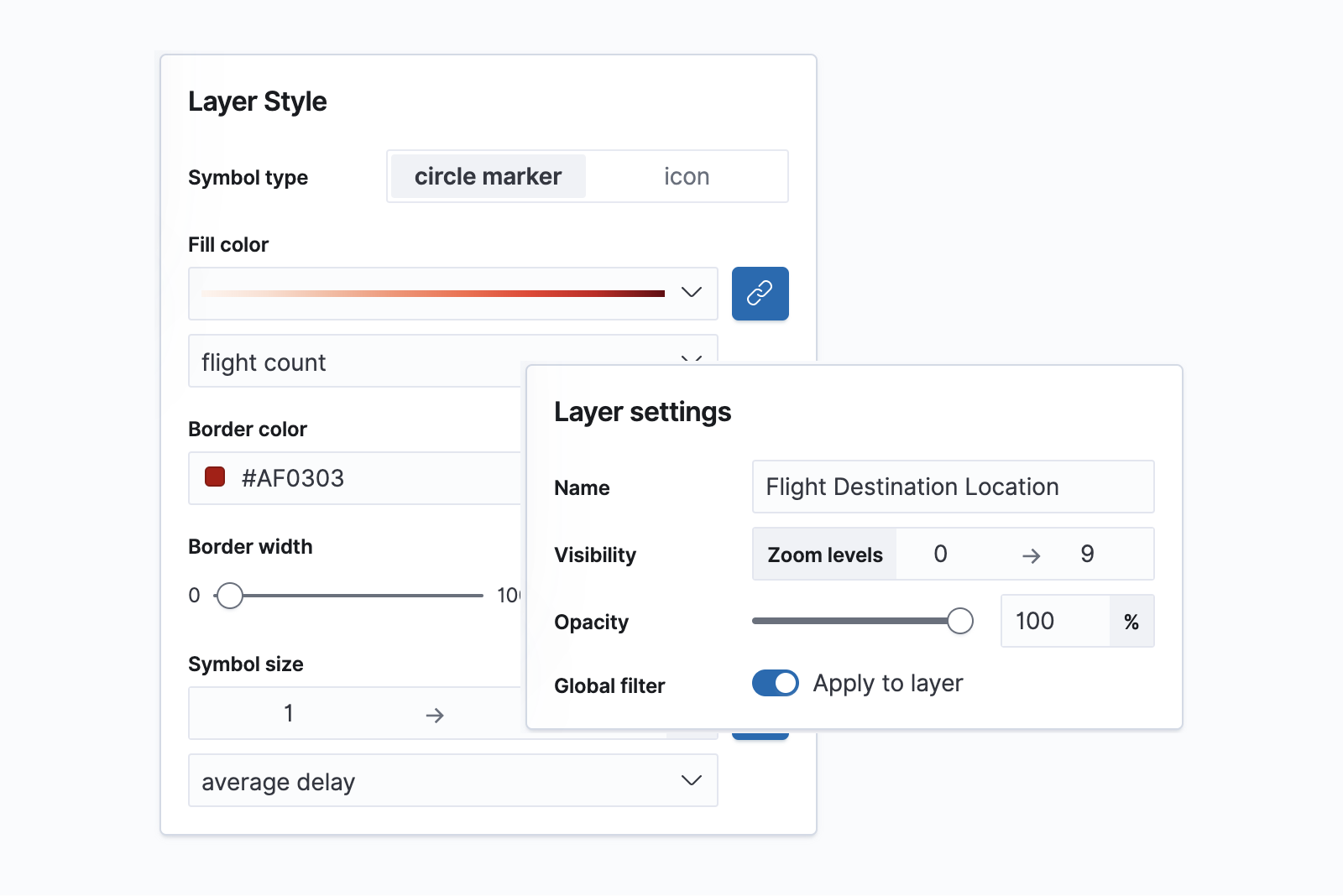 Work on the new Color Stops component is still in progress with several code improvements made over this past week. 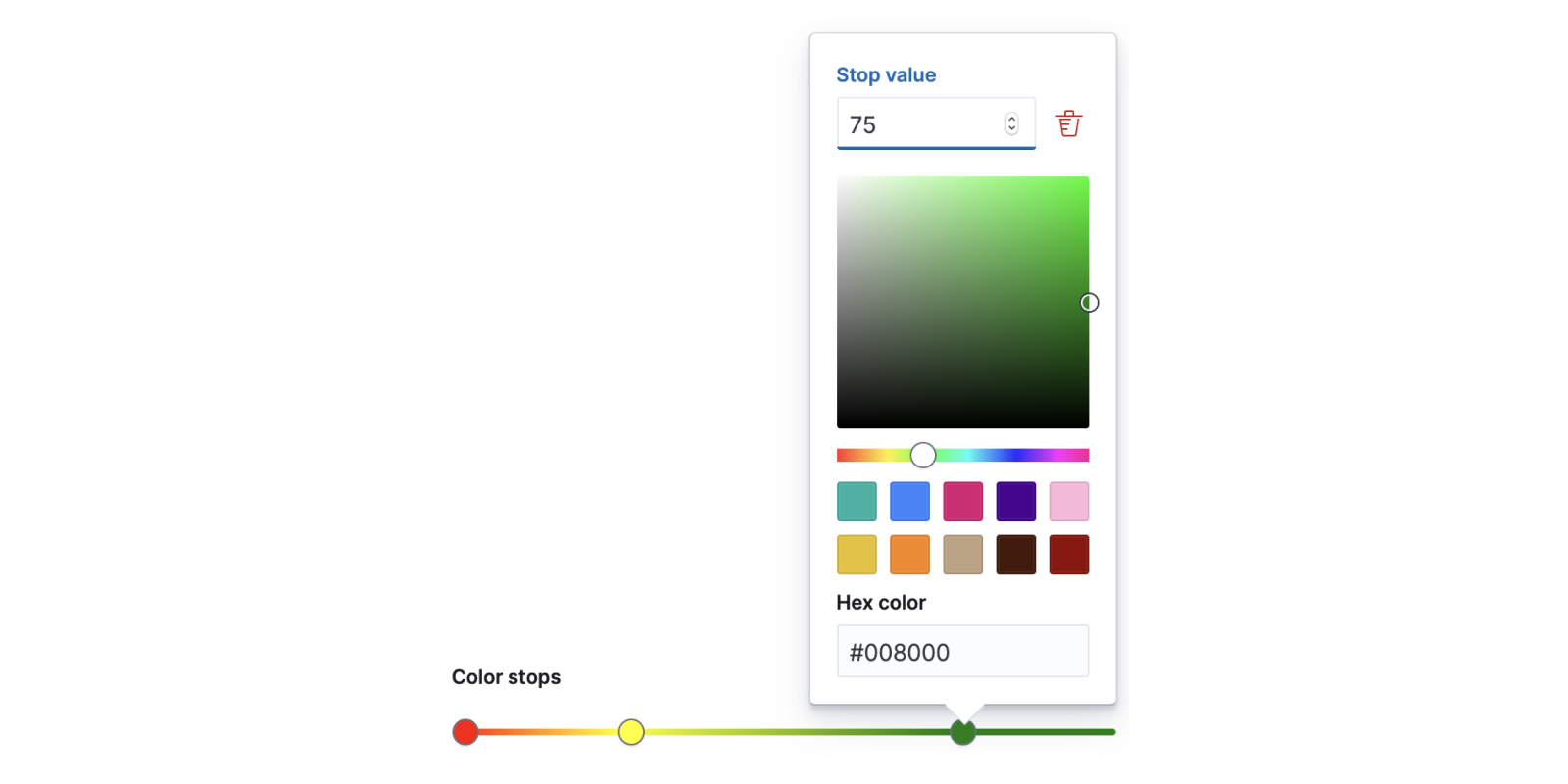 We’re working with the Elasticsearch UI team to start thinking about the next version of Console. Early ideas are to have panes available to copy your requests in each language, as well as a folder structure to collect similar “recipes” of requests that can be played in sequence. Still a lot to do on this one, but it’s a start. 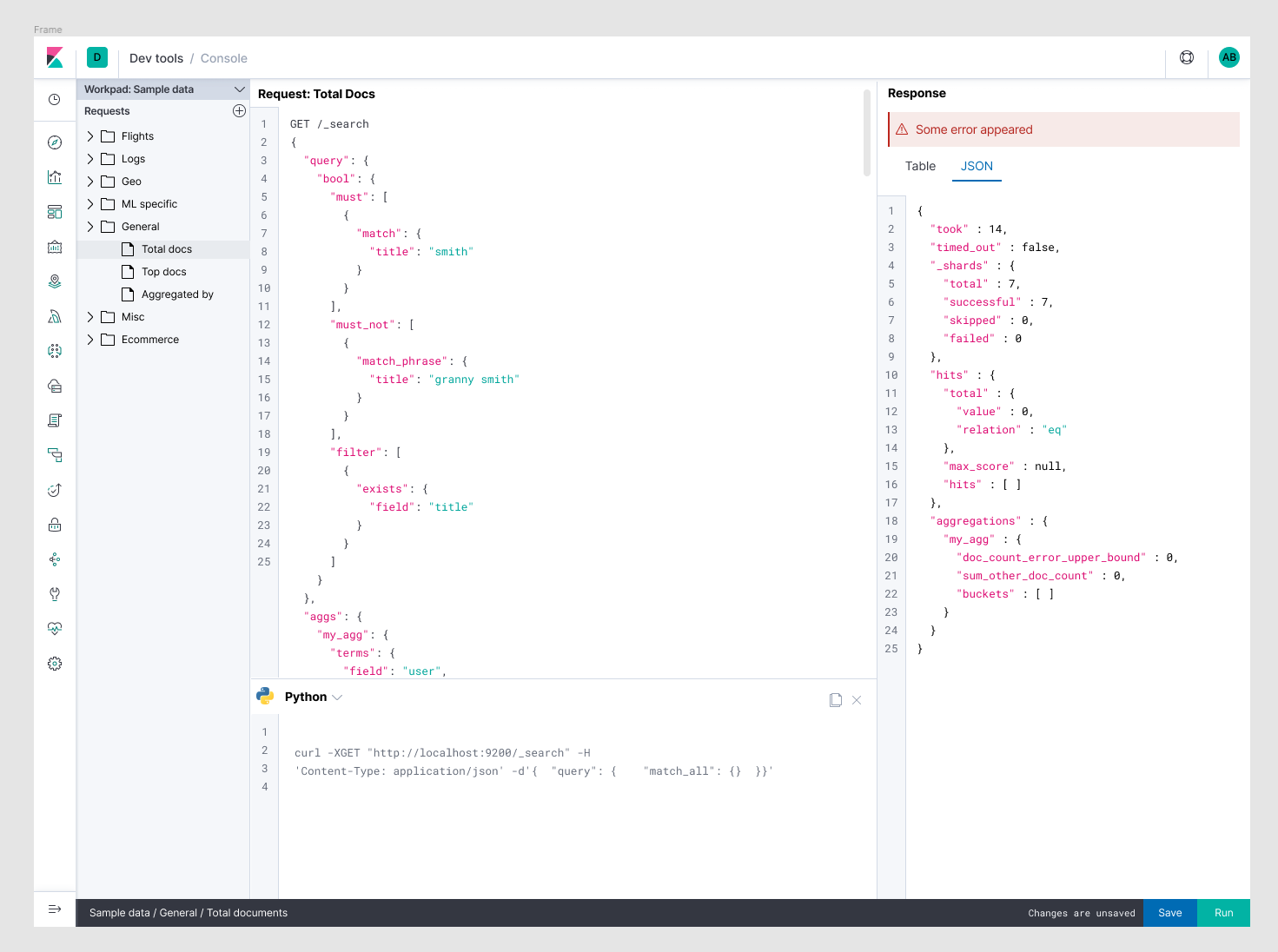 Make-it-Slow work for query management received some attention this week. We worked out some of the specifics around how to handle cached queries and how the user can navigate between new and previous ones.

This past week we worked through various views for the management portion of alerting, breaking each type out into their own individual tab. This week we will get into more specific flows and how embeddables will work with alerting. 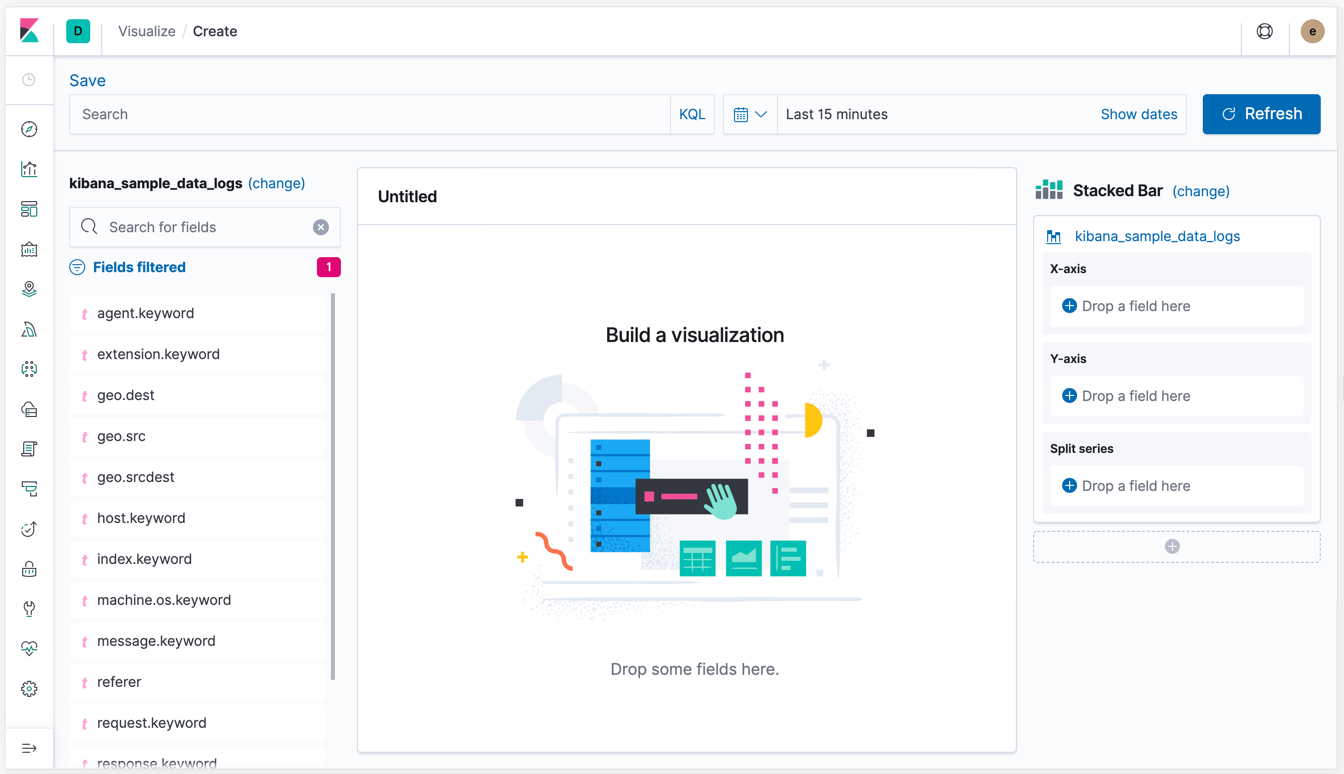 We implemented a pipeline to fix inconsistencies between the telemetry indices (“all-xpack-*” and “xpack-phone-home”)  which had a different unique cluster counts.

With Elasticsearch renaming the “data_frame” plugin, an alias has been created in the xpack plugin “data_frame” to point to “transform” in the mappings. This solution allows us to query “transform” to get all data related to this plugin.

The telemetry OSS PR (#45769) is progressing well, more tests have been added and work on the PR feedback is ongoing. The platform team reviewed the PR and +1 on the new platform structure.

We are almost done the work for alert and alert instance muting. It is currently in review and expected to merge soon (#43712). A bug fix has been made for actions plugin not supporting [‘*’] as whitelistedHosts (#46384). A coming change to the docs to mention alerting and actions plugin are disabled by default (#46838) this is until alerting becomes a beta. Work on new platform shims for alerting plugin are ongoing and a pull request should open shortly.

Our work on functional tests is almost done. A few in particular are still flaky due to some older dependencies inside of Kibana but trying to get a path forward for them.  Tim finished up a mass of TypeScripting PRs. That should make it easier to take on whatever optimization we can do for Canvas / Multi-page reports.  He also took a stab at building a plugin to integrate with Task Manager, to gauge the amount of work getting started with Scheduled Reports.

To wrap up our work for 7.4, we have now docs for Breaking changes, Release Notes, and Highlights.