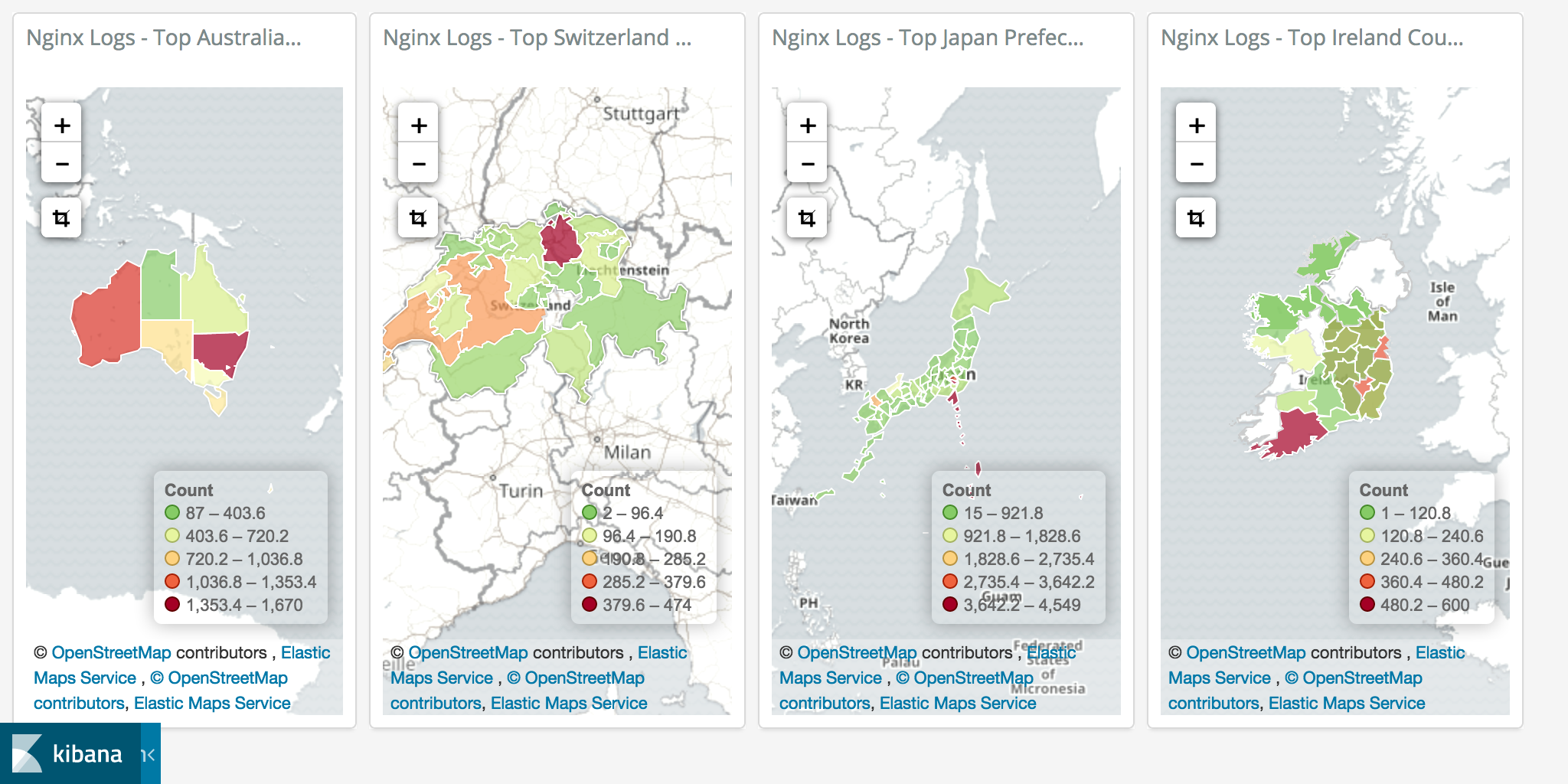 Features in these layers contain the corresponding ISO-3166-2 identifiers, and have field names in the official language (or languages) of the country.  These can be used to build region maps.

The team focused on adding support for integrating visualizations with rollup indices, EUIfying the scripted fields editor, improving Console autocompletion (#20218, #20151, #20013, #19928), and refactoring Courier in preparation for supporting rollup searches (#20332, #20315, #20060). Although not Management-specific, we also helped a community member get a massive 472-file spell-check PR over the line.

The new platform on the server is imminent. All PRs into the feature branch have been reviewed and merged.  We’re doing one last high-level spot check with a goal of merging early next week. This change should not impact downstream teams, but if you notice any weird global behaviors server-side, give us a shout.

Work to finish the new chart component in EUI continues. We did a lot of preparation for refactoring for using the Canvas pipeline in all Kibana visualizations. To support rollups in Kibana, we're refactoring and extending the existing editor and infrastructure in a way that we can limit down available aggregations (#19913), fields (WIP) and fixing or disabling parameter (WIP).

Also,  you are now able to use a multiple of the overall chart time as an offset in Timelion (#19709).

Work on the popover service continues, including fixing position when content is dynamic. Work continues on the new visualization editor—we're building out the (responsive) layout in the prototype. Work also continues on the Super Select dropdown. We are finalizing some prerequisites for the global nav components and hope to start building these out in EUI soon.

The Saved Object and Getting Started documentations are getting updates.  New docs for the APM UI have been published.

Role Based Access Control (RBAC) Phase 1 has been peer reviewed.  We’ll be adding integration tests for the Elasticsearch APIs that aren’t covered by our existing Saved Object specific API integration tests, and adjusting the legacy fallback deprecation log to only happen on login.

The PR to make the SavedObjectClient space aware is submitted, and there were some minor changes requested. We also worked with the design team to determine the best design for presenting the “base privilege” for all of Kibana and then allowing customization at the space level.