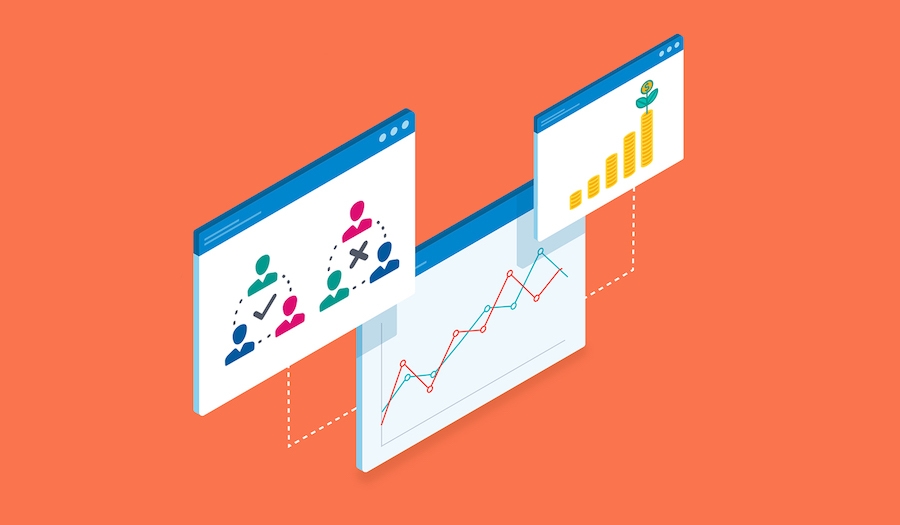 Leading a data-driven organization is table stakes when it comes to competing in the cloud era. But the way that executives choose to set that table — and where that data comes from — differentiates leaders from laggards.

Data-visualization tools, especially when they’re built-in to the systems that IT teams are already using and can pull from all their various clouds and sources, make data more accessible and actionable to practitioners, shareable to business teams, and insightful for organizational leadership. In other words, data visualization can define whether your organization is actually data-driven.

“Most companies are data companies now and want to be thought of that way,” says Scott Berinato, a senior editor at Harvard Business Review and author of Good Charts: The HBR Guide to Making Smarter, More Persuasive Data Visualizations. “But to make use of data you have to visualize it. Otherwise, it’s just an overwhelming amount of statistics in which you literally can’t see patterns.”

Effective “dashboarding,” as some call it, encourages conversation and dialogue, influences strategy and decision-making, and even creates behavior change. This is a long way from the charts, graphs, and PowerPoint decks of an earlier era. Today’s tools ingest massive amounts of enterprise data and present it in easily digestible forms. The best tools can also break the data silos that may exist, such that it is possible to visualize trends and activities across an entire global organization.

This is the key to fostering an organizational culture that thrives on data — and new data suggests it is a game changer for performance too.

“For orgs that embrace it,” Berinato adds, “data visualization absolutely changes how work gets done and what you learn.”

The payoffs of dashboarding, from revenue to employee engagement

Companies with the most experience in data visualization outperform relative beginners on a number of important metrics. A January 2022 study of more than 1,000 companies by MIT’s Center for Information Systems Research showed that those in the top quartile of data visualization expertise beat out companies in the bottom quartile on both internal and external measures. These included: net profit margin, revenue growth, customer experience, effectiveness of employee experience, and overall progress with digital transformation.

“Visuals are far more immediate, objective, and democratic than spreadsheets or text,” says Quimby Melton, CEO of Confection, a data management platform that helps corporate customers visualize marketing analytics, usage metrics, and other KPIs. “While some might still be interpreting the meaning of a cryptic memo or squinting their way through a spreadsheet, a good dashboard has done its job and sent our team on its way. They can do less of what isn’t working and more of what is.”

At Elastic, for example, teams once had to pull data from customer interactions scattered across the enterprise to evaluate overall customer experiences. But with much of that information trapped in data silos, “we realized we didn’t have a complete picture to understand the customer journey,” says Vijay Doshi, Elastic’s product lead of Kibana, the free and open analytical and visualization capabilities for finding insights and taking action on data in the Elastic Stack.

To solve the problem, Doshi’s team merged all the relevant customer metrics into a single Kibana dashboard, unearthing new insights about how customers were using Elastic’s products. Those discoveries not only led to improvements in conversion rates for the customer, but helped elevate the role of data in decision-making throughout the organization.

“When people are able to use data to make decisions, it helps them focus on the most impactful work,” Doshi says. “That leads to higher job satisfaction, because they can see directly from the visualization the impact that they’ve had on the business.”

Employees that better utilize data viz also become more influential, says Doshi. “It changes their job; it changes their career trajectory. I’ve seen person after person rocket through an organization because of how they are able to harness data for good.”

Part of the reason that data viz can impact individual employees and teams so much is because, as the adage goes, a picture is worth a thousand words — when presented just right.

Steve Wexler, founder of Data Revelations, a data visualization consulting firm and author of The Big Picture: How to Use Data Visualization to Make Better Decisions—Faster, recalls how a large healthcare firm was struggling to persuade thousands of affiliated businesses to invest more in employee nutrition programs to reduce incidence of diabetes and lower medical costs.

The company had already shared one set of data with these firms it believed would promote change — the percentage of employees with diabetes at any particular organization, and how that number ranked against 790 peer organizations. Basic slides showing these two numbers elicited concern among many companies, Wexler says, “but no action.” His team then built a multicolor jitterplot with all 790 companies plotted as dots along a colored spectrum of diabetes incidence, from lowest (in blue) to the highest (in red).

The reactions were strong and immediate, Wexler adds. For the first time, managers “could easily see where your company is, and suddenly your dot appears. You have a much greater sense of where you are relative to your peers.” And those managers took action: According to Wexler, the visualizations sparked a significant uptick in new spending on health education and compliance programs.

“But it didn’t work until they got a more visceral sense of it,” says Wexler.

The project, Wexler adds, was a reminder that data visualizations are rarely just about the numbers themselves; they often spark emotions, competitive feelings, and other human reactions that drive cultural shifts in organizations.

The biggest surprise of all about digital dashboarding, according to Wexler, is the relatively small percentage of companies who have yet to put it into practice.

“I’m amazed at the degree to which it is not yet a common language in the enterprise,” he said.