Community is at the heart of everything we do at Elastic, and we wouldn’t be able to have such a vibrant and active community without our user group organizers. Each month we want to highlight some of our globally distributed user group organizers to get to know them better, learn about their Elastic stories, and understand their motivation for being involved in the Elastic community. We’ll also highlight any tips they can share for hosting successful meetups. This month, we are delighted to showcase a few of our organizers in Latin America (LATAM).

João Neto wears many hats as an Elastic community organizer and speaker, but he’s quick to point out his sense of humor. “I like to imagine myself at the age of 40, making 'uncle jokes' (the Brazillian equivalent to dad jokes) at Christmas dinner.” João is also passionate about the “nerdy” stuff and spending time with people who share similar interests, which is why he became an Elastic community organizer in 2019.

Tech wasn’t his first choice, however.

“I wanted to apply for a tourism degree in college, but I couldn’t get into the right classes. I ended up taking a course in IT instead. At that time I didn’t even know how to turn on a computer! But thank God I took that course because technology became a hobby and a passion in my life.”

In 2017, João started working on a project at his former job that used Elastic. The project required replacing a log forwarder that had been discontinued with something more updated. João says that the project was a funny way to start with using Elastic.

“I kind of got an upside-down start using the Elastic Stack. I started with Beats, then I went to Logstash, then Elasticsearch, and finally Kibana. In the end I got great results on this project and was hooked.”

When asked what cool projects he’s working on at the moment, João said he’s working on several. “Each one cooler than the last! I'm working on data indexing, observability, and safety projects at work, and I also develop projects on my own to improve my skills and help the community.”

When asked what motivated him to become an Elastic user group organizer, João said he was moved to help people in the same way he was helped by the community when starting his Elastic journey. “I almost see it as a call of duty. If you learn something and neglect to pass it on, that’s knowledge that dies with you. Not cool. Knowledge is meant to be shared!”

João recommends getting involved with the community whether or not you have a specific project to share. He says there’s nothing too simple to showcase to the community — everyone brings their specific vision and discipline to the problem, which is incredibly valuable.

In his free time João likes to hang out with his family, study, travel, and go fishing. 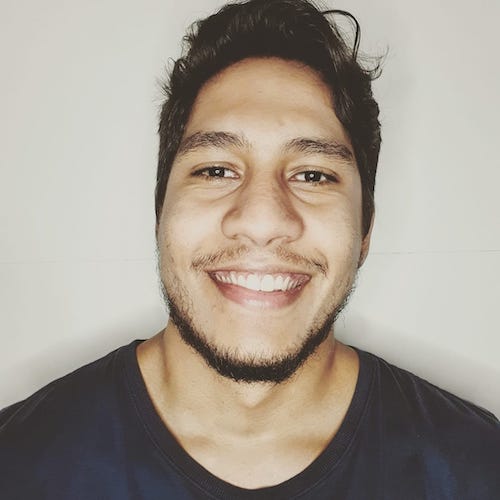 Felipe Queiroz was born in São Paulo, Brazil, where he still lives today. He is currently finishing a degree in Computer Science and works as a Data Lead Tech at Accenture. In his spare time he works on a development project about Elastic called Tech Lipe, which can be found on Medium and YouTube.

Felipe’s Elastic story began in 2016 when he decided to give a presentation to a class of apprentices for his first course project on big data. Felipe used Kibana as a data analysis tool and after playing with it, he never turned back. In 2017 he started working as an analyst, and one of the tools he was tasked to develop used the Elastic Stack. He was thrilled to work on it, and Felipe soon became a proud Elastic Certified Engineer and Analyst, as well as an Elastic Ambassador in Brazil, Elastic Gold Contributor in 2020, and organizer of the Elastic virtual community in Brazil.

In addition to the challenges of his current job, which is very Elasticsearch focused, Felipe has been studying Watcher dynamics and how to optimize it for scale production (he plans to talk about it at the next Elastic global community event). Felipe has also invested a lot of time (and money) to understand and acquire good microphones, lighting, and video editing to improve and deliver more and more content on the Tech Lipe channel on YouTube!

Felipe says he was motivated to become an Elastic user group organizer when the pandemic started. With everyone staying in their respective homes, Felipe wanted to do something to help and contribute in some way. Having already worked on articles and videos for Tech Lipe, he decided to bring that same high-quality to the Elastic community. His first virtual workshop, From Zero to Hero with Elastic, was born when Filipe and his great friend Anselmo Borges created five days of free, documented, recorded, and high-quality content. This content reached more than 700 people live, and now has more than 5000 views. After that success, and a conversation with Priscilla Parodi from Elastic, Felipe understood that with the tremendous success of the event there was an opportunity to create a virtual community group for Brazil and bring more digital content to users.

When asked for any tips for people looking to organize an event or meetup, Filipe recommends jumping right in.

“I used to think that there were requirements for presenting a talk or organizing a meetup, and I confess that this was my biggest mistake. What a wasted opportunity to share my knowledge with the community and help out some fellows — all because I was being hesitant! What I’ve learned since is that regardless of your career level, if you believe that passing that content on can add to someone's life, don't hesitate to do it. You’ll be surprised with the reward of having positively impacted the life of someone else.”

In addition to projects that involve Elastic (community, articles, and videos), Felipe likes to spend his free time with his girlfriend, friends, and family. He’s also been spending a lot of time playing the drums on the old Guitar Hero game. 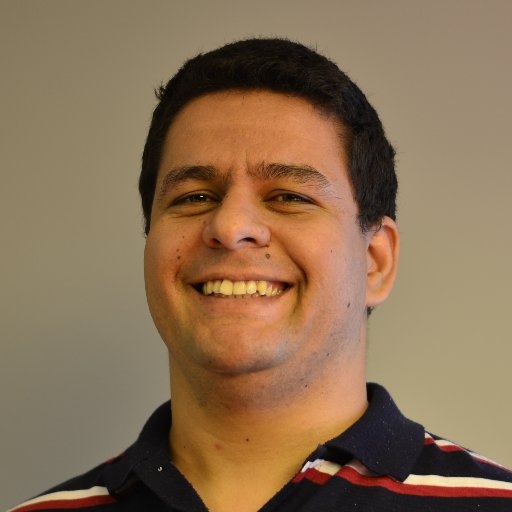 Adam Brandizzi lives in Brasília, Brazil with his wife and son. Adam works for Liferay, a Californa-based company that makes enterprise portals and digital experience platforms. The Latin American headquarters for Liferay are in Recife, Brazil, where he and his family lived for many years, but now he works remotely from his home city.

Adam started working with Elastic at Liferay where, after a long evolution, they started using Elasticsearch for their text search needs. As part of the team working on search components in their portals and platforms, Adam now works with Elastic a lot.

When asked what cool projects he’s working on at the moment, Adam is enthusiastic about the work he does at Liferay.

“I'm fascinated by a feature our team built (mostly without me), called Result Rankings. With it, our customers can add, remove, or reorder entries in a set of results, for all users, by dragging and dropping. We’re now focused on developing something called the Elasticsearch Experience, which provides APIs to customize our search results even more via the GUI. I'm proud of our Synonyms Editor, which I worked on a lot myself, which allows customers to add and remove synonym sets graphically to Elasticsearch, and a Learning-to-Rank (ML) plugin I built some time ago.”

Adam was inspired to become an Elastic user group organizer when he started working remotely, missing the interactions he used to have with colleagues and other developers. “I went to Elastic{ON} Tour São Paulo 2019 and learned that Elastic was looking for community organizers,” said Adam. “I was scared at first but then I met other candidates, as well as Priscilla Parodi (who at the time was the Elastic Community Advocate for Brazil). We had such a great opportunity to reignite the community. I really loved it! Now I take part in many of the Brazil Elastic communities and even organize some.”

When asked for any tips when organizing an Elastic meetup, Adam insists it’s all quite simple.

“Many companies want to host meetups. Or at least pay for the coffee. COVID-19, to all its awfulness, showed that online events and communities are really amazing, and have their own advantages. Sometimes you only need to create a Slack, Telegram, or WhatsApp group and you’re ready to go. If it is too hard, or frustrating, you are probably doing it wrong.”

In his spare time Adam likes reading, watching documentaries, writing, and programming as a hobby. He’s also trying to pick up some new languages during the pandemic. “Right now I'm trying to get my German to a usable level and am starting to learn Chinese. I'm not there yet but the fun is in the journey anyway.”

Victor is a software engineer working with search at Gupy, one of the biggest and fastest growing HR tech companies in Brazil. He began working with Elastic products when a Postgres instance he was working on at Gupy kept falling over because of an ILIKE query. Desperately needing a scalable search tool, Victor and his team did a quick and dirty migration, dumped huge JOINs into Elasticsearch with no prior mapping decisions, and away they went.

Two years after that first Postgres dump into Elasticsearch, Victor and his team are still refining the system. Victor was inspired to become an Elastic community organizer to help him grapple with all the possibilities the Elastic Stack has to offer.

“Elasticsearch is a powerful beast, and it's pretty often people's first distributed system and non-RDBMS large scale storage solution. There's a lot to learn about its query system and operation. Often, you have to learn it fast, and deeply, because scalability is a ticking bomb and there's often little space for mistakes on such big data systems. The community is the way forward: if I can't learn by my own mistakes and experiments, I have to learn with others. Solidifying that knowledge by teaching others is also a great opportunity to learn more.”

When asked if he has tips for people interested in organizing or speaking at Elastic meetups, Victor says anyone can do it.

“It's not a matter of technical knowledge. You probably already know enough to teach. The effort is on making it interesting and engaging for the right audience. On the organizer side of things, it’s your job to encourage people and convince them they are qualified to give it a try.”

Victor says he doesn’t have many hobbies, but he is currently on a deep dive into the world of coffee, aiming to obtain barista status. Aside from coffee, he’s also a dedicated player of Elite Dangerous, a space flight simulation game.

If you are interested in becoming a user group organizer for an Elastic user group in your town, please reach out to meetups@elastic.co and we’ll be happy to assist you on your journey. For upcoming virtual meetups, check out our Elastic Community website.