An Arduino-Based Home Weather Station on the Elastic Stack

I’m far from a meteorologist. I’m a hacker with a garage/office that I spend way too much time in. I have a bias toward things that feel like data. A friend told me that I was maybe being a bit of a garage troll; I am tucked away from the sun and warmth. I decided that I needed to figure out if she was right.

This was a perfect opportunity to dive into the Internet of Playful Things: Arduino for my weather measurements, Elasticsearch for storage, and Kibana for viewing and analysis. With off-the-shelf parts, open source libraries and a Saturday afternoon available, I got to work.

In true DIY blog post fashion, here’s the finished product. I’m far too impatient to test with weeks and weeks worth of data. In order to speed up my testing, I raided the freezer and bathroom for some supplies... I choose the ESP8266 more and more often lately. It’s a microcontroller with WiFi capabilities that can be used by itself or with most other platforms. Folks have built compatibility layers for Node.js, Python, and Arduino with it. It has become a very popular device because of its price and capabilities. For only a couple bucks, you can add WiFi to any hobby hardware project. For about sixteen dollars, you can get a battery-powered Arduino and node/lua-compatible development board. For this project I chose a board from Adafruit.

Elasticsearch and Kibana provide a very tidy combination for storing and visualizing the sensor data coming out of my hardware. Prebuilt modules from Adafruit make creating your own wireless weather station simple.

For Elasticsearch and Kibana, you can setup an instance on Elastic Cloud or you’ll need to share a network with your devices and use a local instance of both.

I recommend using a breadboard for most prototypes and temporary projects. The first step is to solder the header pins onto the board. Adafruit ships most of its modules without the pins soldered on. If you haven’t soldered before, there are lots of really good guides to getting started. SparkFun has a nice guide. If you’re getting really into it you should dig into the NASA Workmanship Standards.

A note on soldering and tools:

Most guides on how to solder are written by people who do it a lot. Like most other hobbies and professions, using good tools will make the job easier. It’s also expensive. All you really need to get started is an iron, solder, and something to cut and strip wires with. Get better tools as you need them. My local library will loan the tools, yours might too. You might also have a local hackerspace which may be able to assist with tools, equipment, and techniques.

My first toolset, which got me through about 10 years of experimenting. 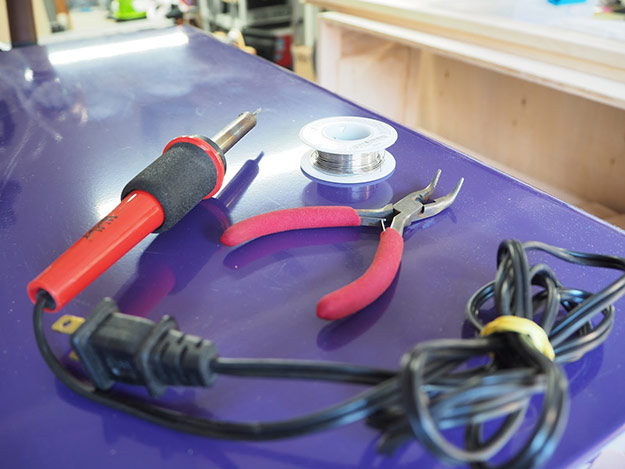 This sensor board uses SPI to communicate with the microcontroller. The ESP8266 has SPI support, so we hook up Data (SDA) and Clock (SCL) lines to the SDA and SCL lines of each board for communication.

We also hook up the 3v and Ground (GND) lines to power sensor board. That’s it! 4 wires is all we need. 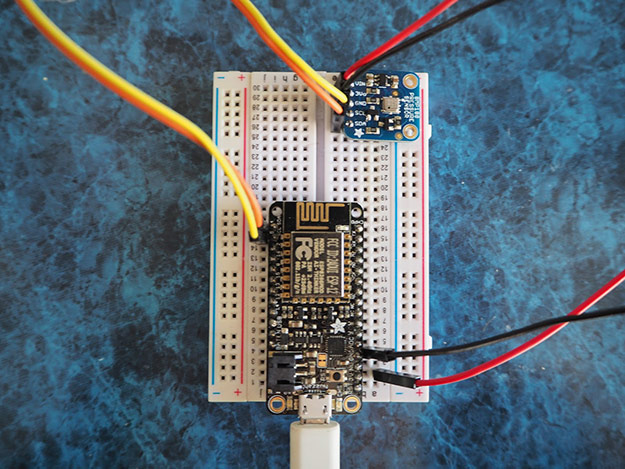 If you haven’t already, download and install the Arduino IDE and ESP8266 Board Package. Follow this guide if you need help.

You’ll also need to install the libraries below.

Use this guide if you need help installing Arduino Libraries.

Having WiFi makes it very easy to publish directly to Elasticsearch via the HTTP interface. The only real challenge was getting the Arduino code to generate an Elasticsearch compatible timestamp. I think that we’ve got a clever and straight-forward solution, by combining the arduino `mils()` function with an NTP generated unix timestamp.

Change the SSID and password in the sketch below and you should be ready to start.

Before we start sending data we’re going to prime Elasticsearch to index the documents we’re sending. Make sure to check the Elasticsearch URL (my `response = requests.put` line) to match your Elasticsearch endpoint.

I’m using Python and the requests library, but you can use whatever tool you’re familiar with.

Modify the sketch as mentioned above, and upload it to your device. It should start sending data to your Elasticsearch instance. You can verify in the Serial Monitor under `Tools -> Serial Monitor`. Make sure that the baud rate is set to 115200.

Open your Kibana instance, click “Settings” and add a new pattern. If you type “weather” into the index pattern, it should autofill the timestamp.

Once you create a new index, you can click `Visualize` to start making graphs.

Here’s one I created. Start with the settings I have in the screenshot and then experiment to find what you like. 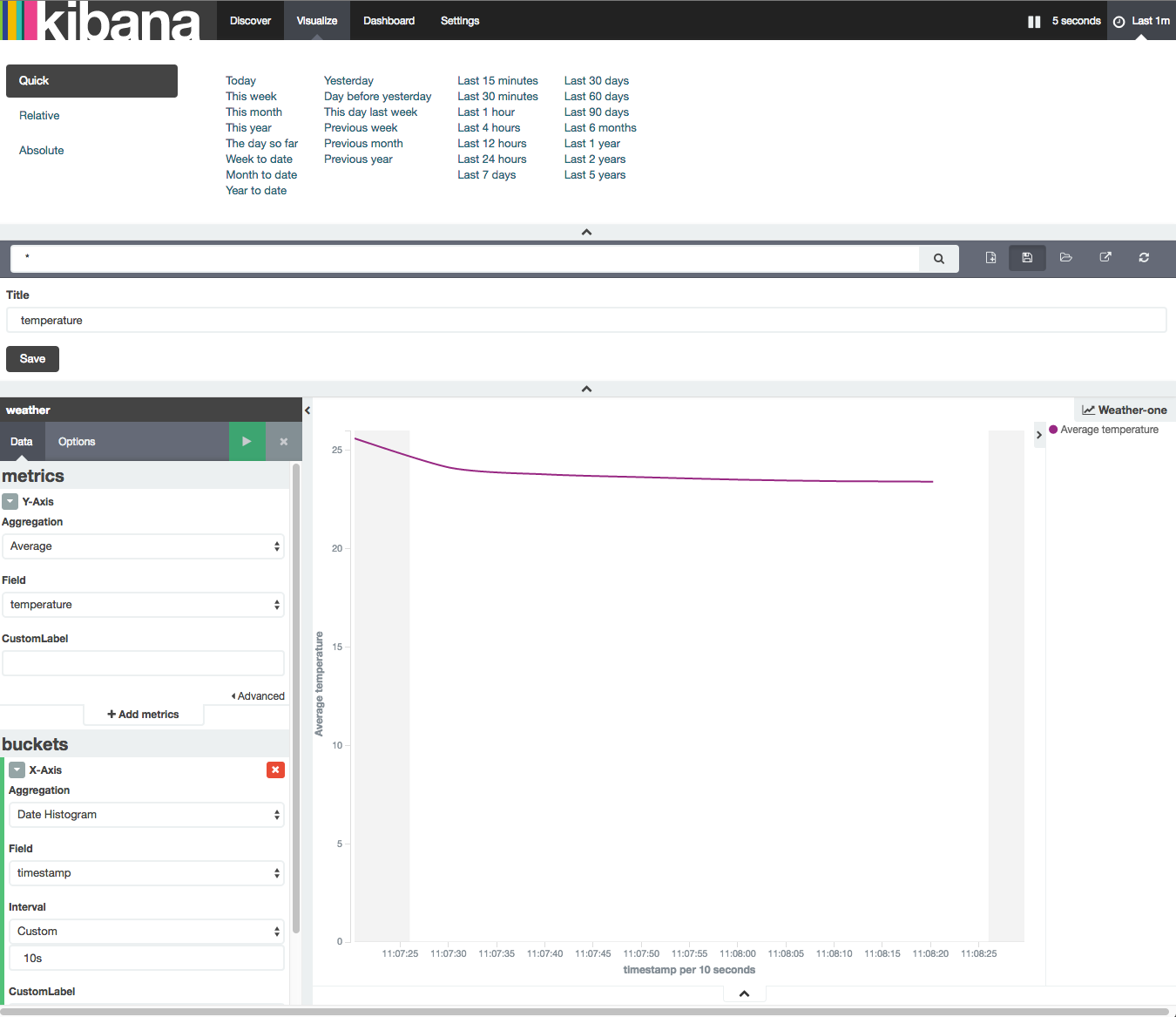 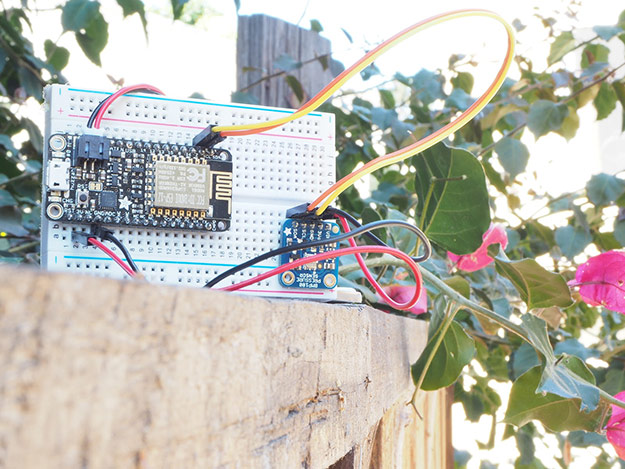 It turned out that the temperature alone wasn’t enough to dissuade my friend that I’ve been spending too much time inside the house. That being said, setting up this experiment couldn’t have been easier and I’m really looking forward to using WiFi-enabled microcontrollers to send readings to Elasticsearch for further experiments.

I also got this sweet live gif of myself with a hair dryer and a popsicle on this temperature sensor, so there’s that.

Issac Kelly is an Engineer and Designer in Oakland, CA.