Elastic Community Health Metrics: Sending Your Devs to Conferences is a Good Thing

Sonja Winter is the Founder and Principal Data Scientist at Winter Statistics, a boutique data consulting firm headquartered in Amsterdam. She makes extensive use of the ELK stack to help her clients get insights from their data. You may recall her previous guest post on the popularity of community member speakers at meetups. Today, Sonja shares insights on the impact of having developers speak at conferences on user group activity.

Today, I would like to talk to you about how important it is that you, the community minded IT company, go to and give talks at developer-centric conferences. Last time, we saw that having someone from your community speak at meetup events is associated with an increase in the popularity of that event. However, in order to have a popular meetup event, the user group must first get organized. For today's post, we are going to explore the following question: is your presence at developer-centric conferences in City A associated with the number of meetup events organized in City A? (Spoiler alert: Yes, it is!) 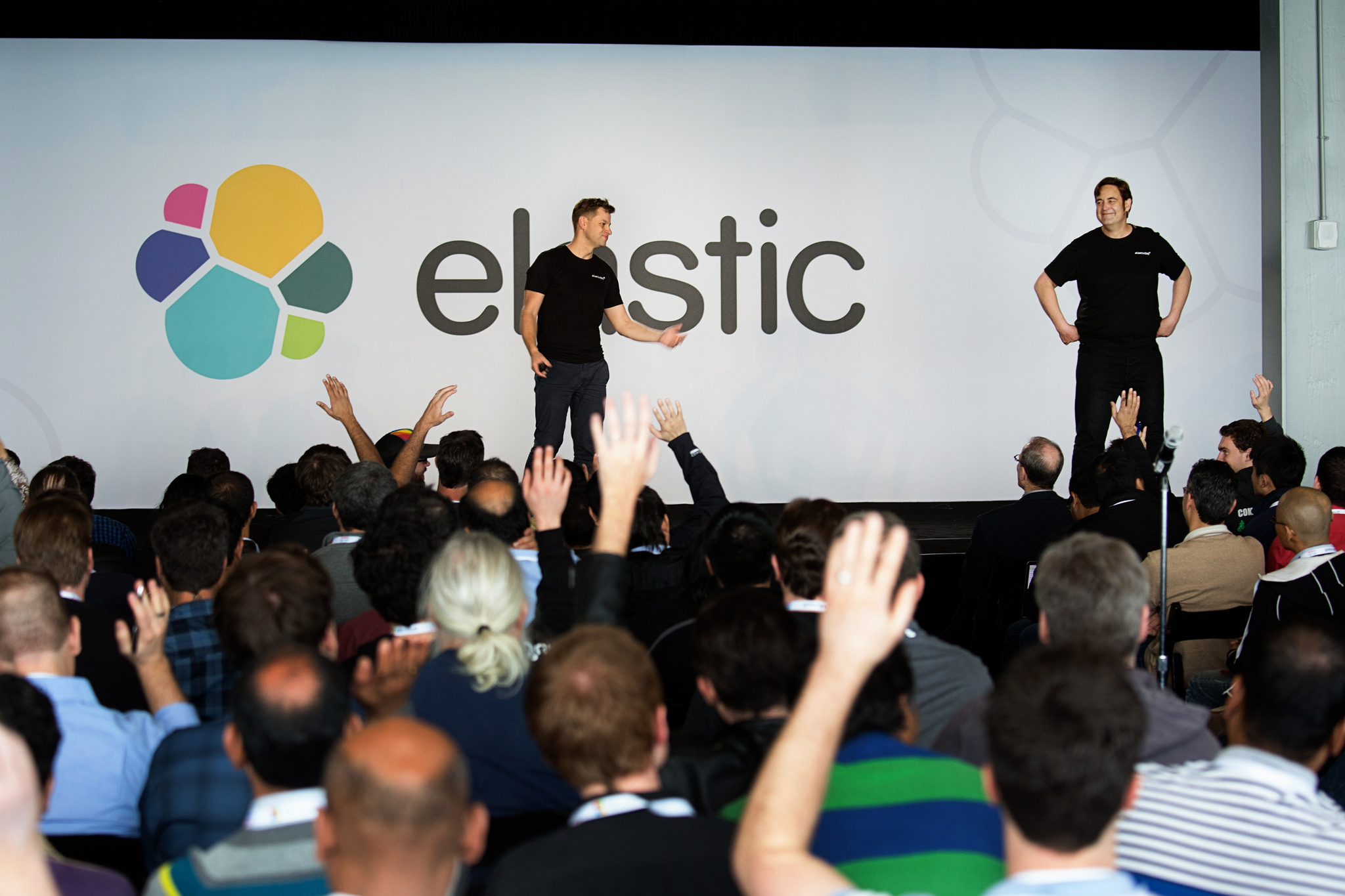 Clinton Gormley and Simon Willnauer on Elasticsearch 2.0 at Elastic{ON} 2015

To answer this question, I turned to the data that has been gathered by Elastic over the past two years. Firstly, they gathered information on 578 meetup events organized since August 2013. For all of these events, Elastic recorded the city in which the event was organized. Elastic also keeps a close eye on the conferences where one or more Elastic employees give a presentation. Since the first recorded conference presentation in August 2013, 230 presentations have been given at 162 different conferences worldwide.

Because I don't want to associate meetups in a city that were organized prior to a conference talk having been given in a city, I decided to split the data. I chose to use the first year of conference talks (from August 2013 to August 2014) to predict meetups organized the year after (from September 2014 to August 2015; note that some meetups have already been planned in the future).

Looking at a histogram of the number of meetups organized in the second year, we see a familiar distribution emerge:

The pie chart below shows the top 20 countries for meetup activity from September 1, 2014 to August 4, 2015. The US is home to almost half of all meetup events (49.1%). The other half is a mix of European, African, South American, and Asian countries, together with Australia and Canada.

To get a sense of the association between these two variables, I created a scatterplot with the number of conferences at which Elastic has given a talk on the x-axis (horizontal line), and the number of meetup events organized on the y-axis (vertical line). In this plot, I added a linear regression line (with confidence interval), visualizing the linear relationship that can be deduced from the data.

The scatterplot shows that there seems to be a positive relationship between the number of conferences presented in a particular city prior to August 31, 2014 and the number of meetups organized in that city from September 1, 2014 onward. I have added labels to some of the cities to get an idea of the range of locations that is included in this dataset. The most active city on both fronts is Berlin. Mountain View, Seattle and New York are some examples of cities that do not seem to fit the linear relationship; while Elastic has presented at zero or only one conference, there has been a lot of meetup group activity.

In conclusion, spreading the word about your company and products by talking at developer-centric conferences boosts subsequent meetup activity in that area. If you want your product to be adopted by the entire world, make sure you send your developers to speak all over the world!

Editor's Note: Many thanks to Sonja for another awesome community health metrics deep dive! We have a ton of resources available for people who'd like to speak at Elastic meetups or who are already sharing their stories at user groups worldwide. Head on over to our Elastic User Group Organizer's Guide to learn more about how we can support you in your community knowledge sharing quest.