Here’s some more information about what is happening in the ecosystem we are maintaining around the ELK stack – that’s Elasticsearch plus Logstash and Kibana – including plugin and driver releases. 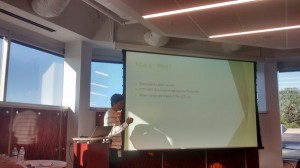 We’re got a bunch of slide & video love from Berlin Buzzwords and beyond!

Where to find Us

We’d love to feature all the great Elasticsearch, Logstash and Kibana presentations and meetups happening worldwide in this section. If you’re speaking or hosting a meetup, let our Community Manager, Leslie Hawthorn, know!

The Elasticsearch Vienna Meetup Group has scheduled their first meetup for Thursday, June 12th. Please join us at 7 PM to hear from Alexander Reelsen on What’s New in Elasticsearch.

Honza Kral will discuss how to Explore Your Data using Elasticsearch at the Bulgarian Web Summit 2014. The conference takes place on May 31st in Sofia.

The Seventh Elasticsearch France User Group meeting is coming up on June 10th in Paris. Doors open at 7:30 PM.

We’ve got not one but two awesome conferences going on in Amsterdam the week of June 16th:

The Torun JUG will get together on May 28th at 6 PM to talk about Lucene and all of her friends, with a spotlight on Elasticsearch.

Honza Kral will speak at PyCon Ru. The schedule is still being finalized, but mark your calendars for June 2nd and 3rd. If you’re heading to PyCon Ru, make sure to say hello to Honza!

The Code Lounge user group in Auckland will get together on June 7th to talk Getting Control of Your Logs. Lots of Logstash love on offer.

Oh yeah, we’re alsoÂ hiring. If you’d like us to find you for employment purposes, justÂ drop us a note. Â We care more about your skill set and passion for Elasticearch, Kibana and Logstash than where you rest your head.