We’re very excited to announce that Elastic APM is now in alpha. It is open source and brings support for monitoring Node.js and Python applications.

Since Opbeat became part of Elastic, the team has been very hard at work reworking central components from opbeat.com to make them work on the Elastic Stack. This means Elastic APM is available for you to download and try out on your local machine today.

APM Server is an open source application written in Go which runs on your servers. It listens on port 8200 by default and receives data from agents periodically.

To visualize the data after it's sent to Elasticsearch, you can use the pre-built Kibana Dashboards that come with APM Server. 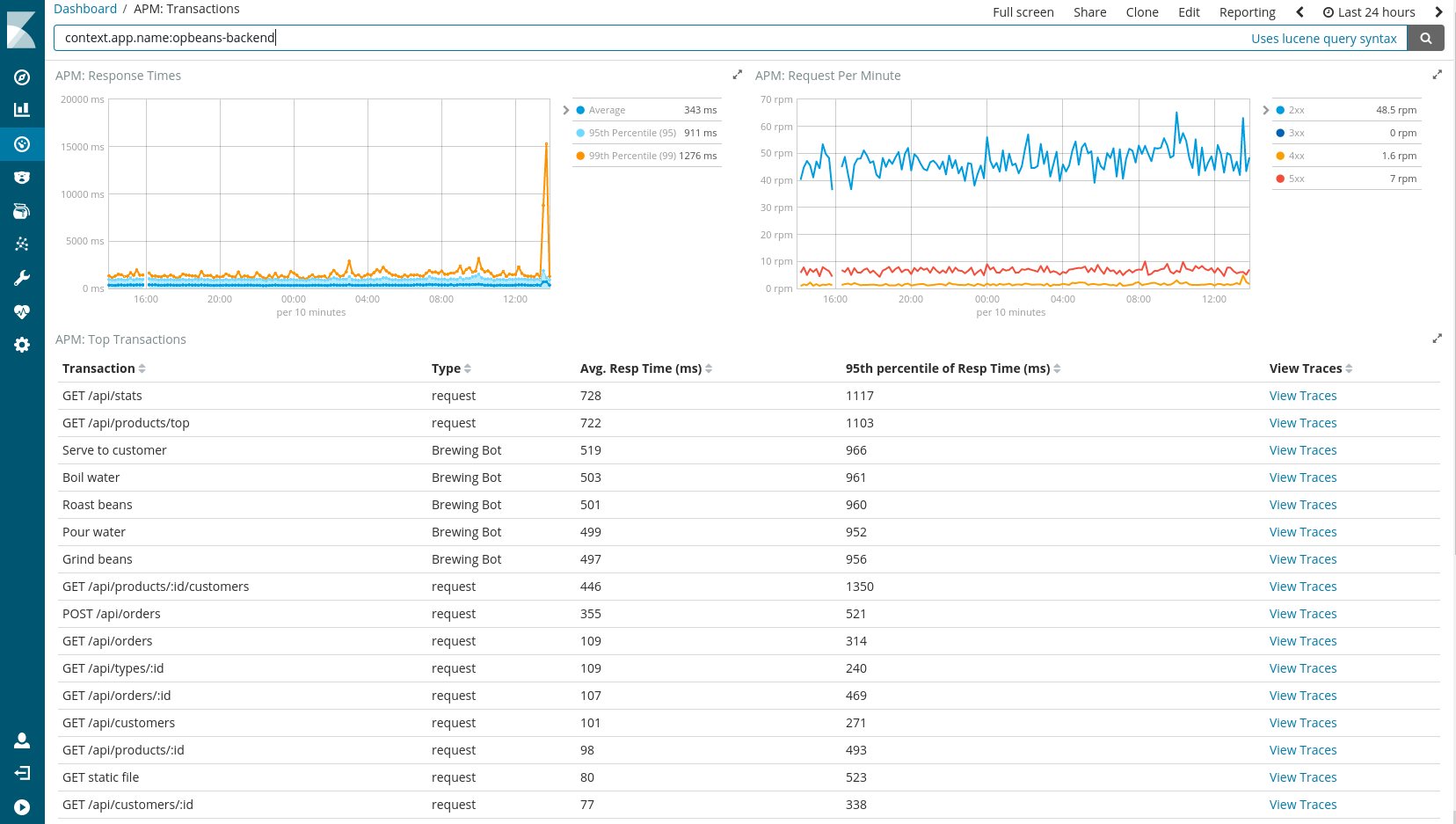 Later this year the UI will get a massive upgrade when we release a dedicated APM UI, similar to the intuitive and easy-to-use interface that is known from Opbeat today. The UI will be delivered as a Kibana plugin and will be included in the Beta release.

The alpha release that we’re making available today has been running on different sites for some time. While this software is alpha level, we encourage you to try it out - we’re always looking for feedback from users!

Getting started with Elastic APM is straightforward:

You can override the Elasticsearch address like so: ./apm-server -e -E output.elasticsearch.hosts=address:9200

Please don’t hesitate to get in touch if you run into any issues or if you have ideas for improvements. You can ask question on the discussion board or open issues directly on the APM Server Github repository.

Finally, we’re also keen to know more about your stack to help inform our continued development. Please help us by answering this short survey.