Keeping up with Kibana: This week in Kibana for November 15th, 2019

The team has also spent the last couple weeks identifying all the remaining work to get the New Platform to full feature parity with the legacy system. We will be using this to plan our roadmap through 7.7.

We continued working on the create alert UI. Focused on the alert condition section and the action selection.  We also worked on re-enabling the test suite after flaky failures (#50246).  We fixed an issue causing error messages in relation to rescheduling of tasks in Telemetry/Maps/Lens (#50232). Continued work on adding a `reschedule` API to Task Manager (#45152). Started investigating the work needed to migrate Task Manager to New Platform.

We merged a great new feature requested by various teams: add the ability to fit data of non-stacked line and area charts with a specified fit function (carry, look ahead,nearest, linear, average, zero, explicit). At the moment this works for ONLY non-stacked series. Stacked series requires a similar approach having to account for the fitted value of lower series.

We also merged our first community PR by Pedro Luiz Cabral Salomon Prado, thank you to help us clean up our code!

We have been completing the last few checklist items for beta, especially writing documentation and content about Lens. We have also cleaned up our backlog and closed out issues that are completed. We have also reviewed work from the app arch team that affects our usage.

Also, we are currently planning future of Lens, and have started syncs with the Elasticsearch team to discuss our wishlist. We will be closely watching the telemetry and user feedback in the beta as we build this plan!

The NP migration is progressing well.  In the last two weeks the PRs shimming home and dev tools got merged. Currently we are working simultaneously on shimming Dashboard (in review), Visualize (almost done) and Discover (almost done). Migrating the tutorials API on the server is also currently in review with a PR to de-angularize the vis legend and making table vis independent of the global angular. All progress is also tracked on our detailed spreadsheet.

We continue to focus on the Kibana platform migration work. Notable items this week were:

On the Data Access Services front, we added support for setting the Elasticsearch [request preference] to the new search service.

On the new platform front, we have submitted a PR to move the rest of the security plugin's API endpoints to the new platform. Additionally, we have submitted a PR to provide the current space using the new-platform route context.  We have a PR going through review which will fix the infinite redirect issue which users have seen when switching from using no base-path to a base-path. Additionally, we have a PR to implement an absolute session timeout which is also going through review.

The Maps and Observability Teams have been working together on a PoC to introduce Maps into the Uptime Monitoring service.  The Observability Team has used the Map Embeddable to introduce their custom GeoJSON map style to create a world view on Elastic Uptime.  It’s not available yet, but we wanted to show this example of the progress. 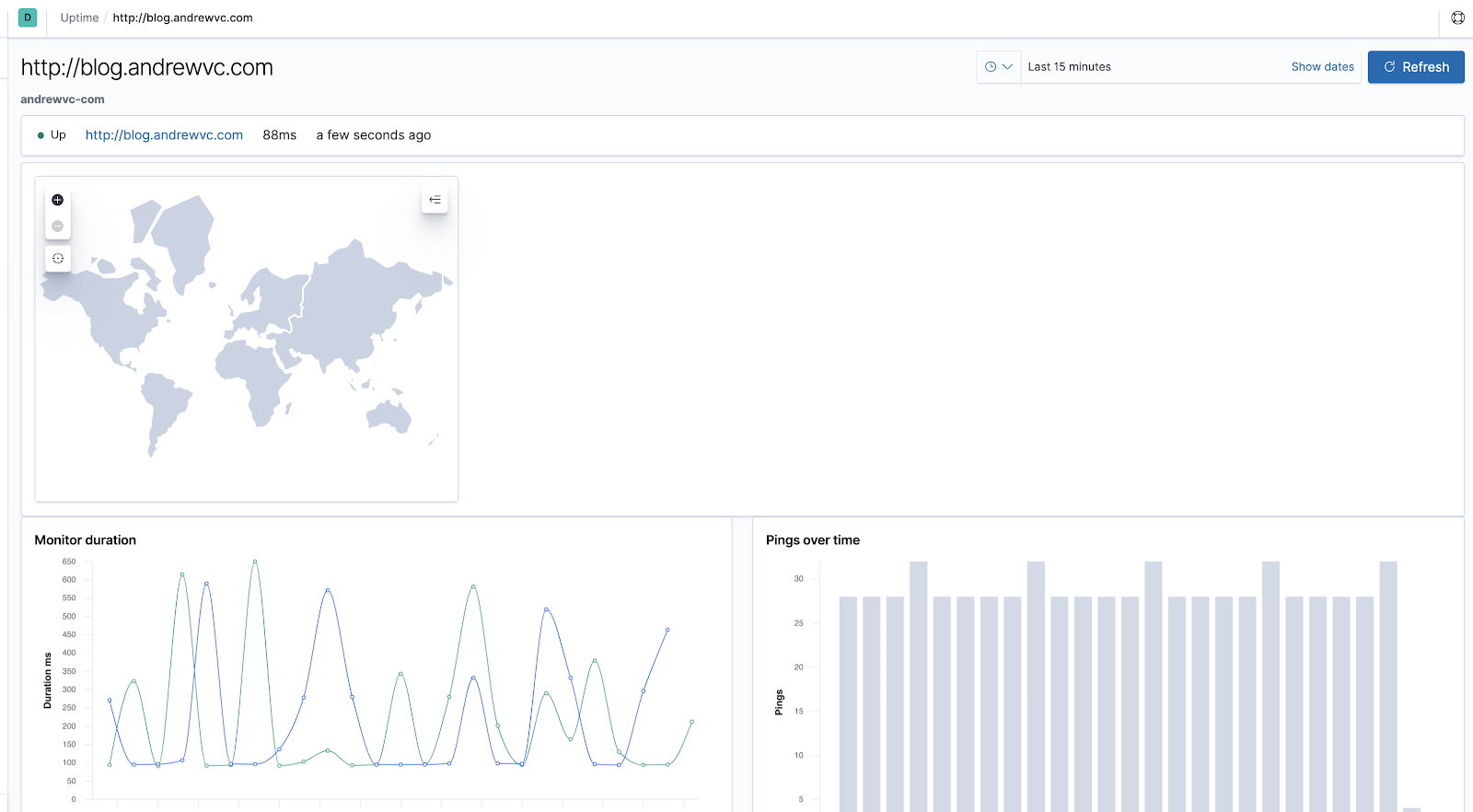 By using compressed form styles in the sidebar, element settings become more discoverable as less inputs move off the screen. 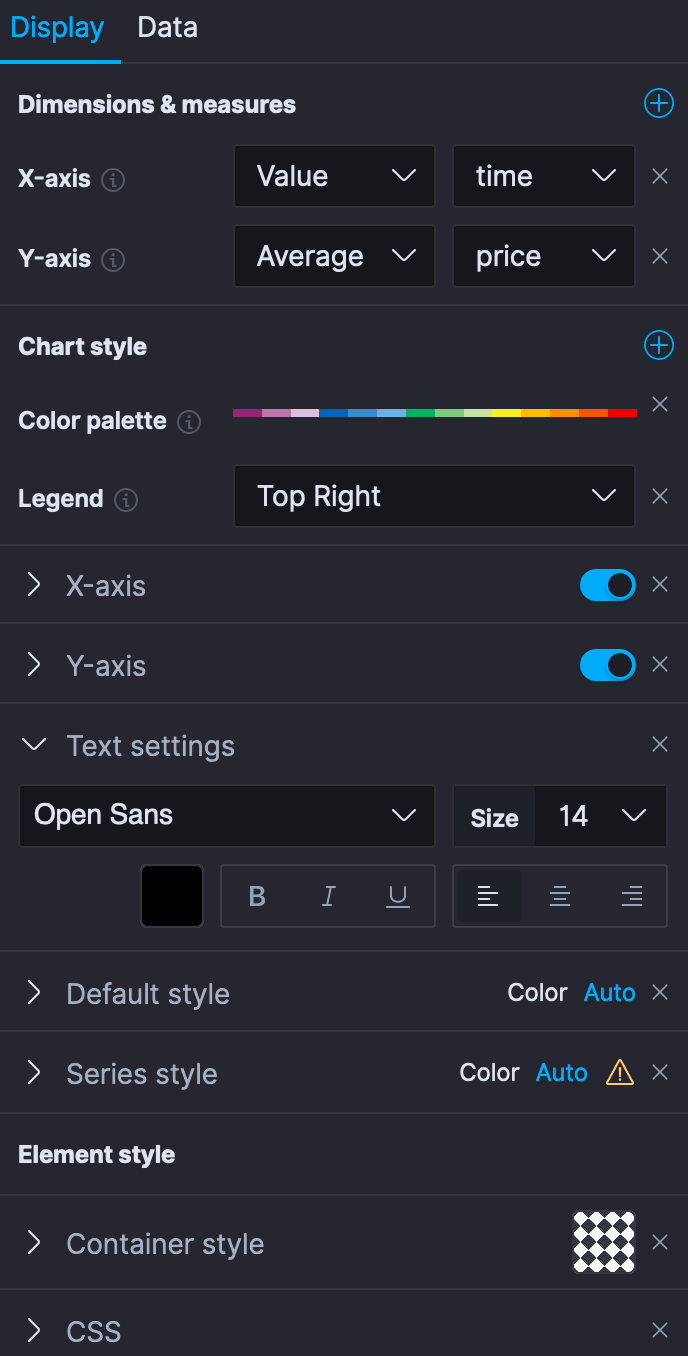 To further simplify this work area, help text has been moved to icon tooltips, amd text copy (including callouts, titles, etc.) has been edited to be more concise.

Other small UX improvements were made along the way, particularly within the Data tab (selecting data sources). This includes not only improved form layouts, but re-ordered fields, new card designs, additional contextual help (e.g. link to ES SQL docs) and more.

One of these is flot (our current charting library in Kibana) - the other is Elastic Charts.

Guess which one is which?

Follow along with Canvas closed PRs for the last two weeks.

We have been working on getting more consistent help links in Kibana (Github Issue) and after many iterations landed on a new layout. 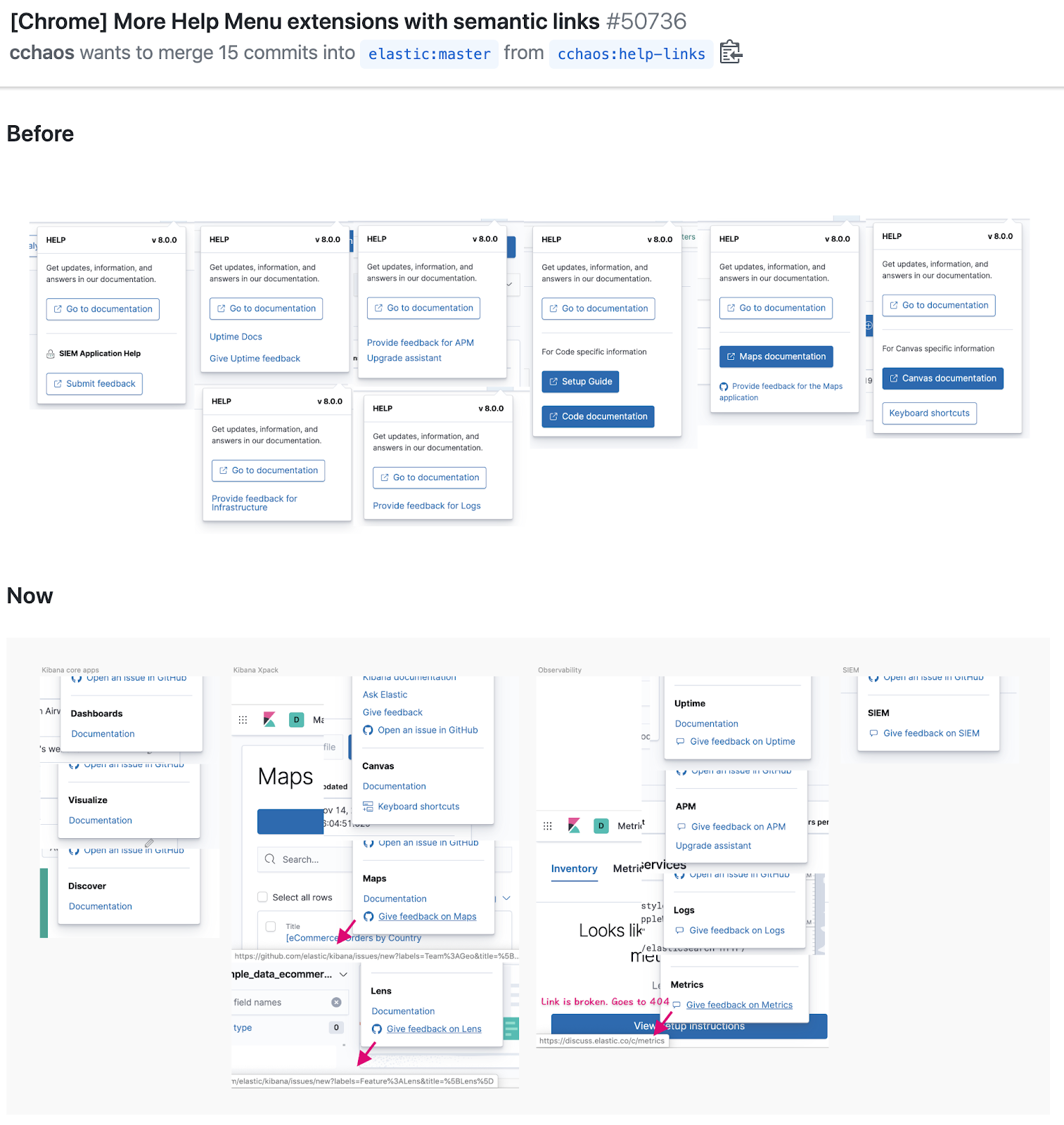 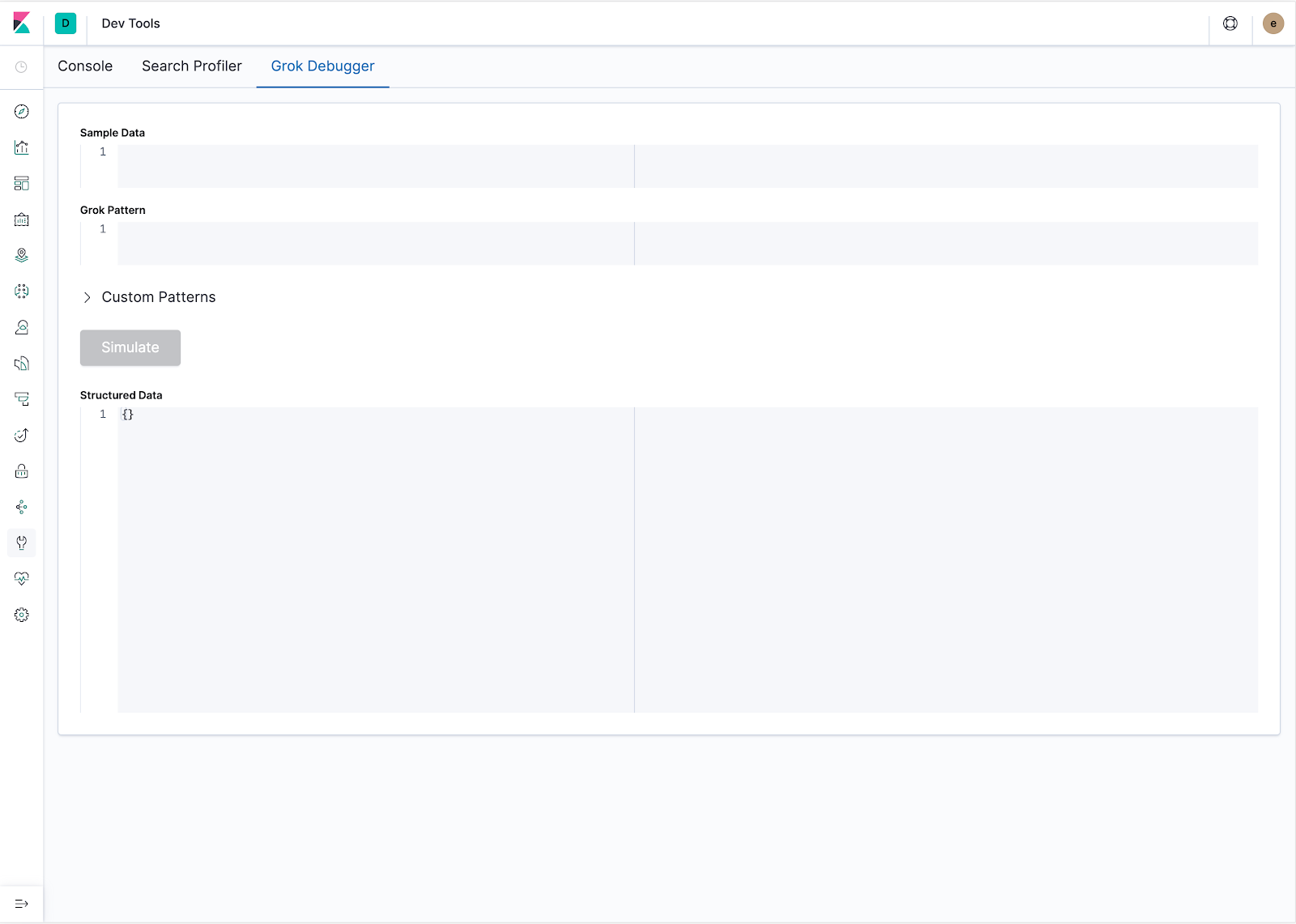 Work ramped up on improving the time it takes to create your first visualization. This includes initial changes to the Dashboard UI that will lead to a tighter loop between it and other applications, such as Visualize and Lens.

Again, some improved onboarding work, this time with Graph and the getting started experience a key improvement to making Graph usable for all. 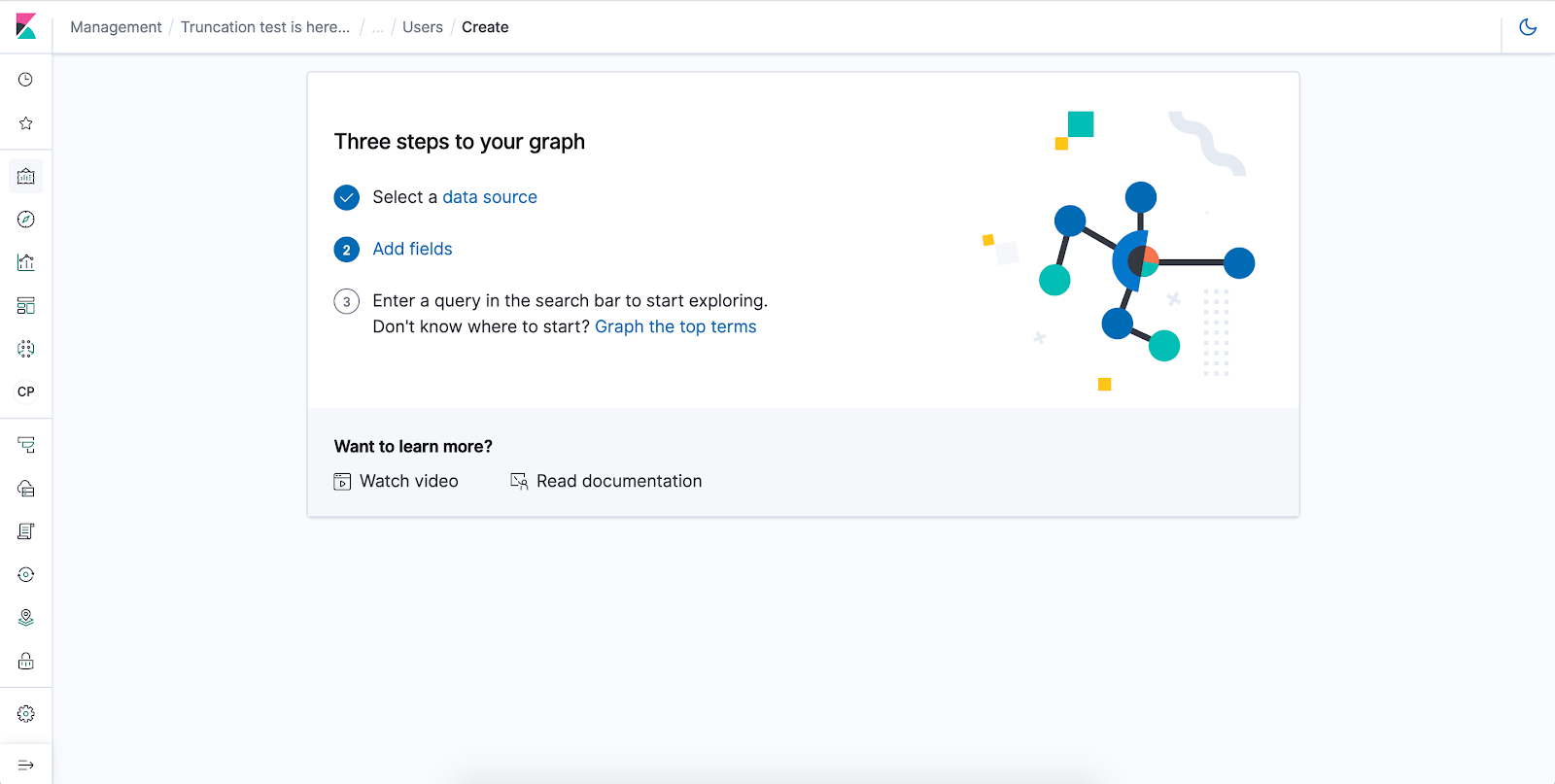 The EuiAspectRatio is getting closer to release as the documentation received attention this week. 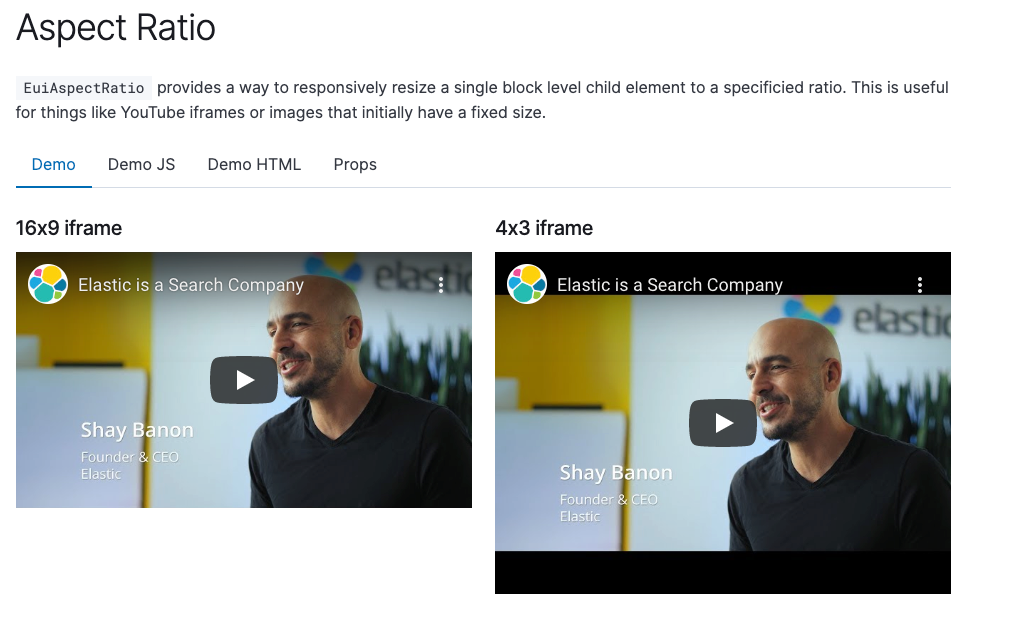 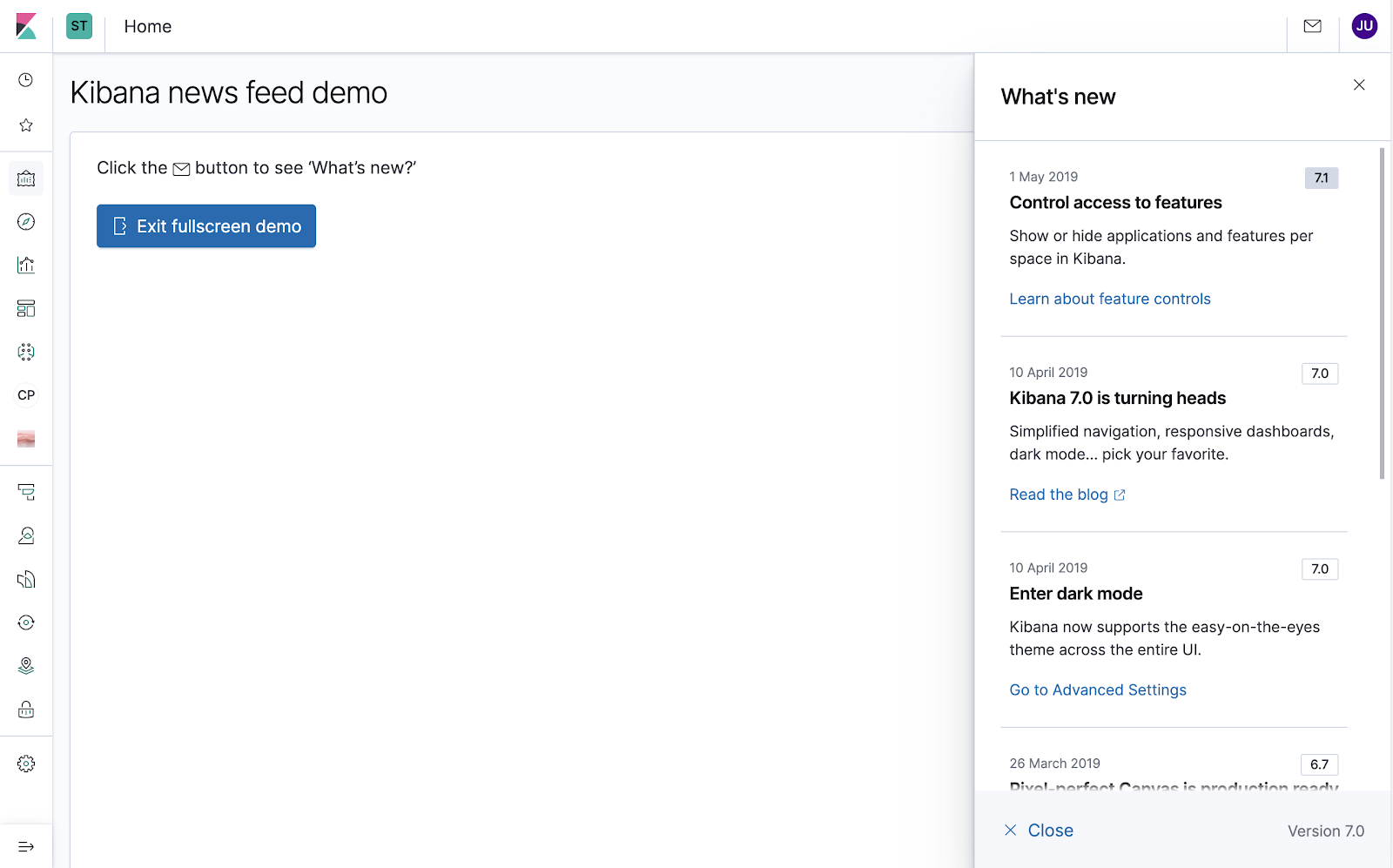 We have been working in the feedback received for the log rotation feature which will continue next week.

A minor problem in the clean tasks for the dll during the build was fixed: we are now able to look for server dependencies into the new platform plugins.