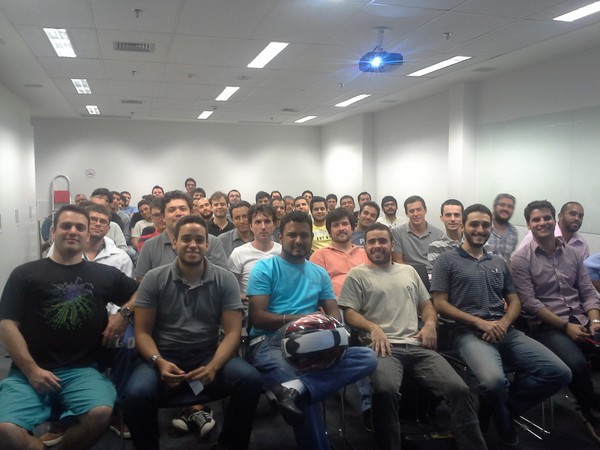 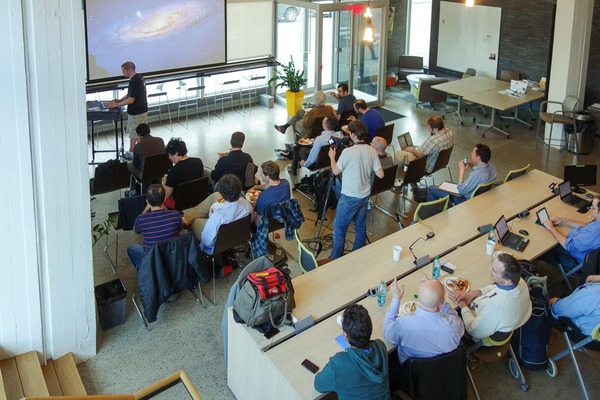 Kicking off the May Boston Elasticsearch Meetup (photo by Igor Motov)

Slides from the May Search Meetup Karlsruhe 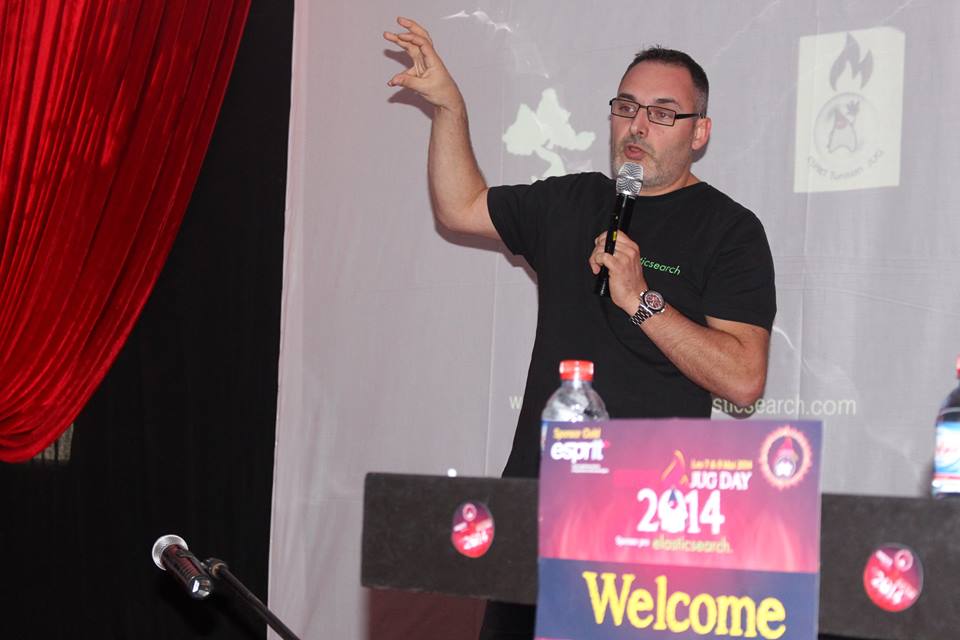 The wonderful Mark Walkom, Community Organizer of the Elasticsearch Sydney Meetup, will discuss How to Get Running with Logstash on May 20th. Join Mark at Google Sydney for the May SAGE-AU Meetup at 6 PM.

The Elasticsearch Vienna Meetup Group has scheduled their first meetup for Thursday, June 12th. Please join us at 7 PM to hear from Alexander Reelsen on What's New in Elasticsearch.

Honza Kral will discuss how to Explore Your Data using Elasticsearch at the Bulgarian Web Summit 2014. The conference takes place on May 31st in Sofia.

The fine folks at the Polyglot Unconference in Vancouver, BC are hosting their annual event on May 23-25th. The conference kicks off with Ganesh Swami presenting a half day workshop on Getting Started with Elasticsearch.

Martijn Laarman will be speaking on from text to full-text search at the NDC Oslo 2014 conference. The show runs from June 2-6th.

The Torun JUG will get together on May 28th at 6 PM to talk about Lucene and all of her friends, with a spotlight on Elasticsearch.

Honza Kral will speak at PyCon Ru. The schedule is still being finalized, but mark your calendars for June 2nd and 3rd. If you're heading to PyCon Ru, make sure to say hello to Honza!

Oh yeah, we're also  hiring. If you'd like us to find you for employment purposes, just drop us a note.  We care more about your skill set and passion for Elasticsearch, Kibana and Logstash than where you rest your head.