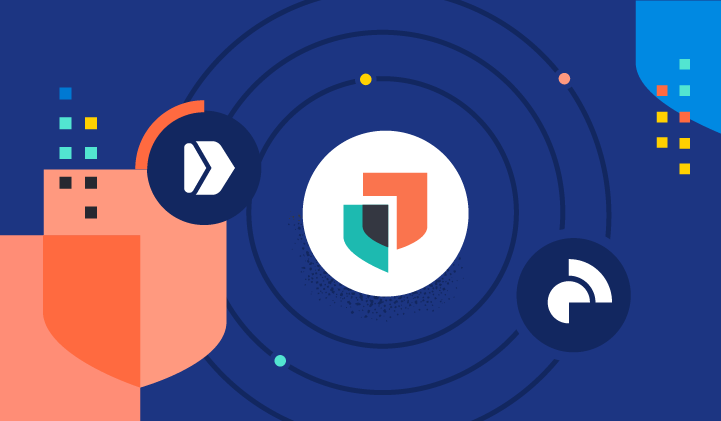 With the release of Elastic Security 8.1, enhance defenses against novel attacks like Log4Shell and prevent adversaries from compromising macOS systems. Achieve visibility into host-based network activity, leverage new sources of threat intelligence, collect data from across your enterprise, and more.

Defend in depth against emerging exploits

Likewise, our original research into the BLISTER malware campaign shaped the development of new malicious behavior protections for Windows systems. These preventions help secure RunDLL32 — a popular ransomware vector — and block multiple methods for malicious credential access, including NTDS and CredMan. To further buttress the security of Windows systems, Elastic shared detection rules for centralized alerting on suspicious PowerShell payloads and scripts, attempts to remotely reset Windows passwords, and accounts identified by Azure AD as having heightened likelihood of compromise. These new protections are mapped to the MITRE ATT&CK® framework, addressing attack techniques related to Execution, Persistence, Discovery, and other tactics.

To ingest host-based network activity with Elastic Agent — in addition to gathering logs, stopping ransomware and advanced threats, and enabling remote host inspection and response — check out our new Network Packet Capture integration. It includes a free commercial license for Npcap, the widely deployed packet sniffing library for Windows, enabling network visibility on every host, no matter the OS.

The release also builds on the connectors introduced in previous releases with our most substantial set of data integrations yet:

Version 8.1 equips practitioners to triage and investigate alerts faster. Directly from the flyout displayed upon clicking an alert, analysts can update status, view key details, and access relevant context. With just one click, they can view the alert in table or JSON form — or drill in by adding specific values as Timeline query parameters. We’ve applied corresponding design logic to the interface for viewing the details of a specific event. These refinements simplify the analyst experience while preserving immediate access to full context. 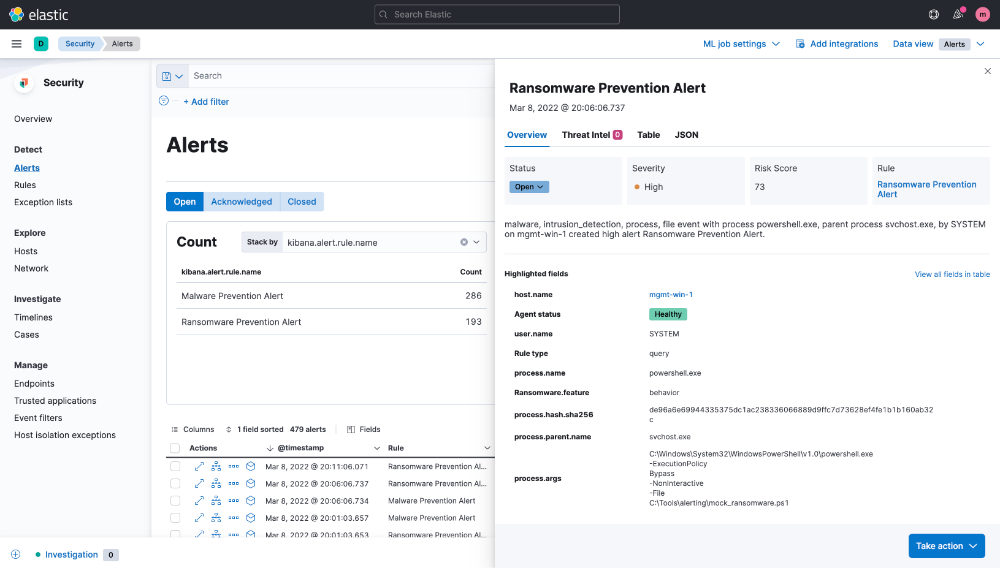 The release accelerates detection engineering with a faster interface for tuning rules. Practitioners can now quickly update the datasets that detection rules operate on by adding or removing index patterns to detection rules in bulk. They can also add or remove tags to multiple custom rules at a time, making it easier, for example, to tag a rule for review during an audit or tag rules that operate on custom application logs.

It also includes an early look at another small way to further simplify rule administration…Want to group by severity? Or easily identify warnings or slow-running rules? From the Rules tab, toggle the Technical preview button to enable sorting of the Rule Management and Rule Monitoring tables. 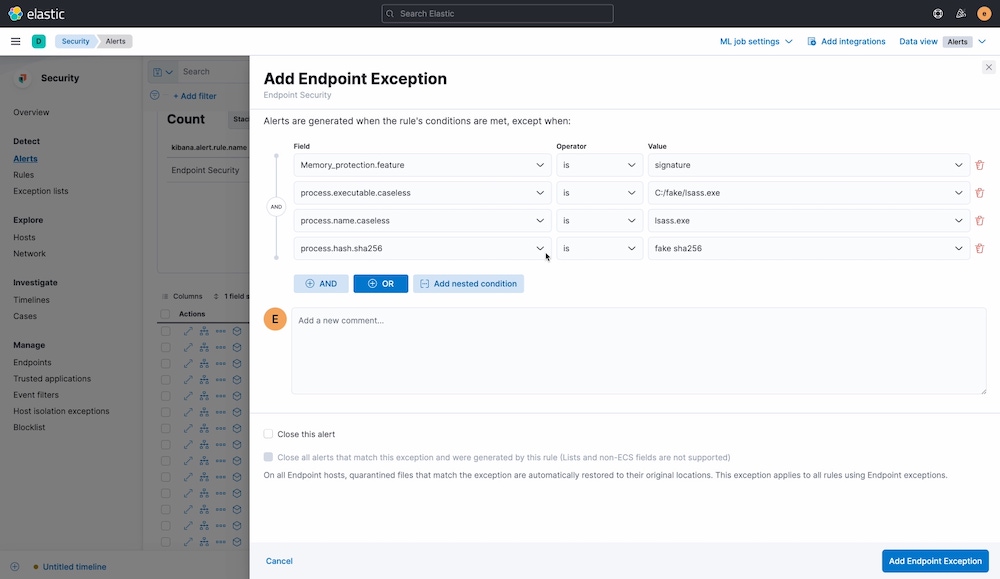 The release enables event filters to be applied per host policy, enhancing control over which events are collected and stored. 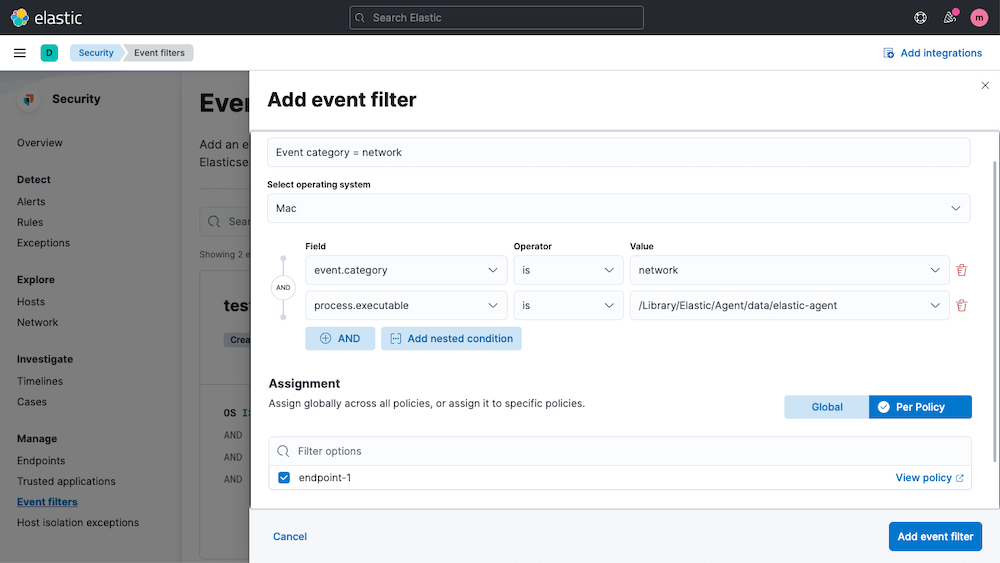 Likewise, to preserve visibility into quarantined hosts, IP address exceptions to host isolation controls can now be applied per policy.

Existing Elastic Cloud customers can access many of these features directly from the Elastic Cloud console. If you’re new to Elastic Cloud, take a look at our Quick Start guides (bite-sized training videos to get you started quickly) or our free fundamentals training courses. You can always get started with a free 14-day trial of Elastic Cloud. Or download the self-managed version of the Elastic Stack for free.