Want to know what Life at Elastic is like? You've come to the right place. Hear from our Elasticians first hand as we highlight their stories and photos from around the world. In this Spotlight, hear from Director of Elastic{ON} Events Katy Sue Wright on what it’s like planning 30 events a year (and counting) and how she went from wanting to be a lawyer as a kid to becoming the events guru she is today.

Life@ Elastic: You’ve been with Elastic for four and a half years. Can you tell us about your role?

Katy Sue Wright: Hi! I am the director of Elastic{ON} Events here at Elastic. My amazing team and I execute the Elastic{ON} User Conference and Tour events. The Elastic{ON} Tour events are single day programs where we invite customers and users to come out for the day to get their questions answered, hear product and feature updates, and meet our local team to help nurture and build the Elastic community in major cities all over the world. We also organize the large scale, multi-day user conference called Elastic{ON} — so far we’ve done four of them — which take place usually once a year (this year we’re on a break). The Elastic{ON} event and Tour stops are a great opportunity to connect our users and customers to engineers living in their area and unite them for a day. 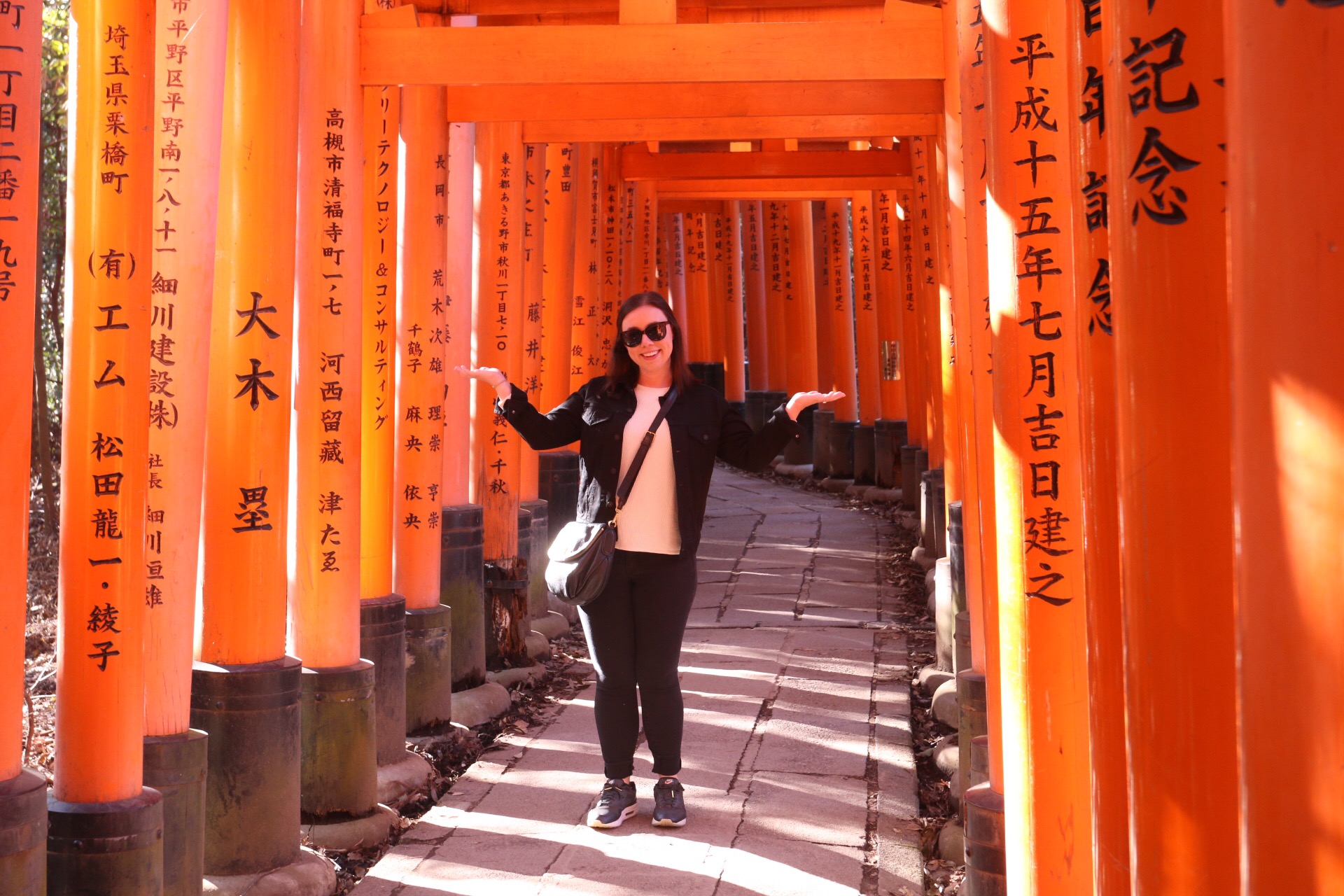 Why did we decide to do just tour events this year?

Katy: With nature of our company being so distributed, we realized that bringing all of our users to San Francisco each year (for the large Elastic{ON} conference) was accessible for some, but not accessible for many. We wanted to extend our reach, as well as provide events tailored to different cultures — such as hosting an event in Paris and having everyone speak in French. We also felt the individual Tour stops were a great way to offer something that didn’t require our users to invest in taking a whole week off from their day jobs. Instead, we bring the event straight to their backyard.

Did you always want to be in events? Is this something you dreamed of as a kid?

Katy: When I was younger I wanted to be a lawyer because I thought that meant you got to argue and read all the time (and I loved to argue with my parents)! But then I figured out I’m not meant to be a lawyer. 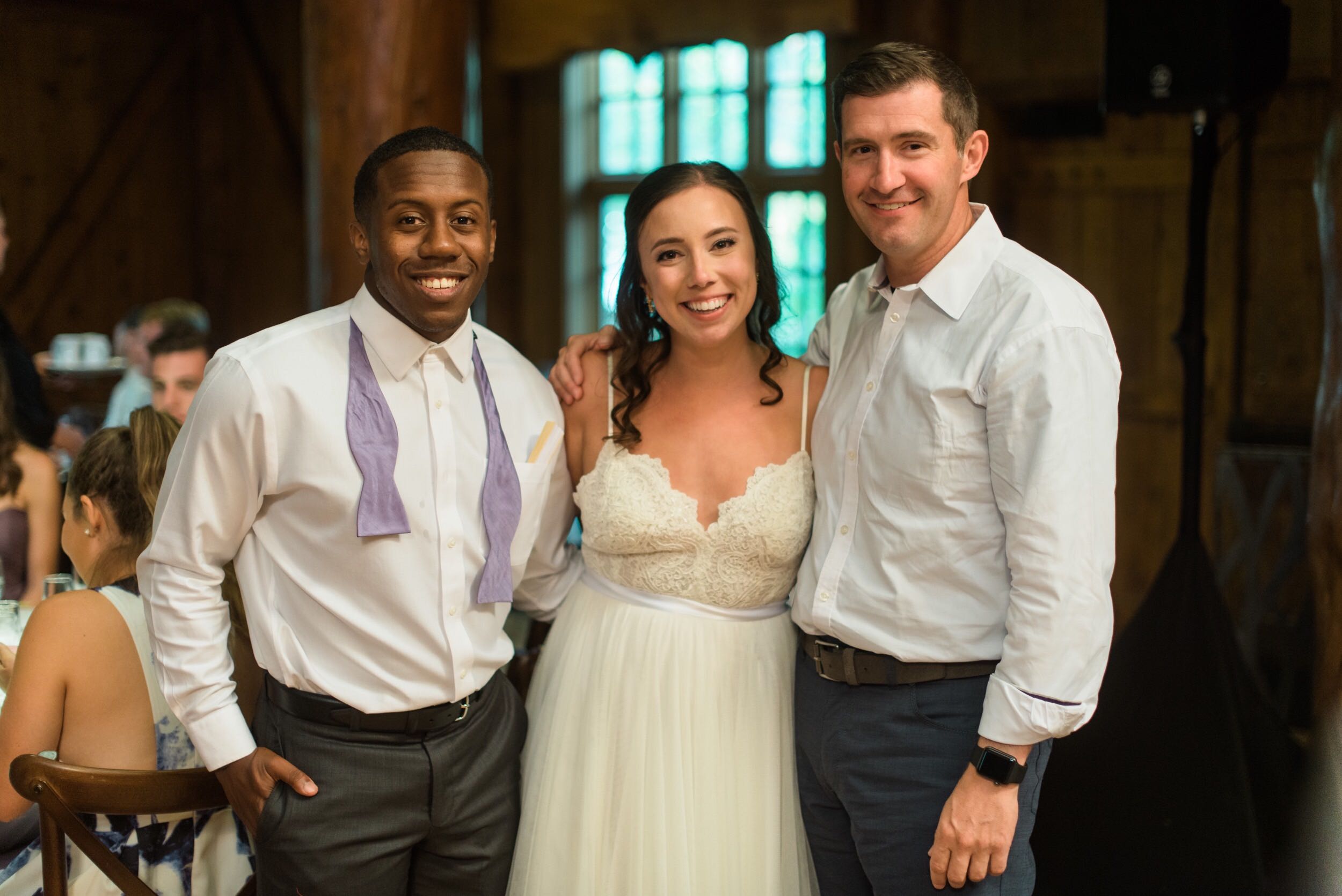 Being a lawyer and organizing events is such a different path. How did you end up in this role?

Katy: My parents are very good entertainers. Growing up, we were always throwing large dinner parties, cooking meals, and cleaning up efficiently. My sister and I grew up entertaining. If you were to look back into my past, this would probably be what spurred my love of what I do today.

Something that a lot of friends know about me is that I really dislike sports and particularly running. In my senior year of high school, I had to participate in some sort of team sport activity because I procrastinated and had to satisfy a physical education credit. I ended up having to do track as after-school sport. I knew the head coach through something else that I was participating in at the high school, so I went to his office hours and negotiated with him that he would sign off on me being part of the track team if I coordinated the 250 person pasta feeds before every track meet. I think there were 10 during the season. It was a challenge coordinating with all the parents who were hosting the pasta feeds, and all the people providing the food. I also had to learn how to divide the team into different groups so each time they ate with someone new and got to network with other people. At the end of the season, I never had to run a race, and my form was signed.

I was also in a sorority even though I never expected to be in one. I even became the president of my sorority. That also involved a lot of event organizing.

What do you see as the parallels between your job, running these pasta dinners, and being a part of a sorority?

Katy: The pasta dinners were my first experiences in pulling together large events and making them successful. I was really motivated to do well so that coach would sign my form. Being a sorority president, there were always aspects of risk management involved in coordinating sorority events. I had to make sure everyone was safe, that we were covered by the proper insurance for liability; it was a lot of responsibility. Also, the communication qualities you need to have — for example, being able to handle tough conversations with people who are pushing back on how an event is being run — are still something I rely on today.

You must get to travel a lot for this role! Do you love this part of your job? Or what do you enjoy most?

Katy: The best part about the travel is being able to spend time with the local teams and get to know all these people around the world that work for Elastic. We have a team dinner each night after a Tour stop, with just Elasticians, and it’s a great chance to meet new people in different roles and learn a lot more about different cultures and what motivates them. I feel like my position as an event planner is so unique in that way. 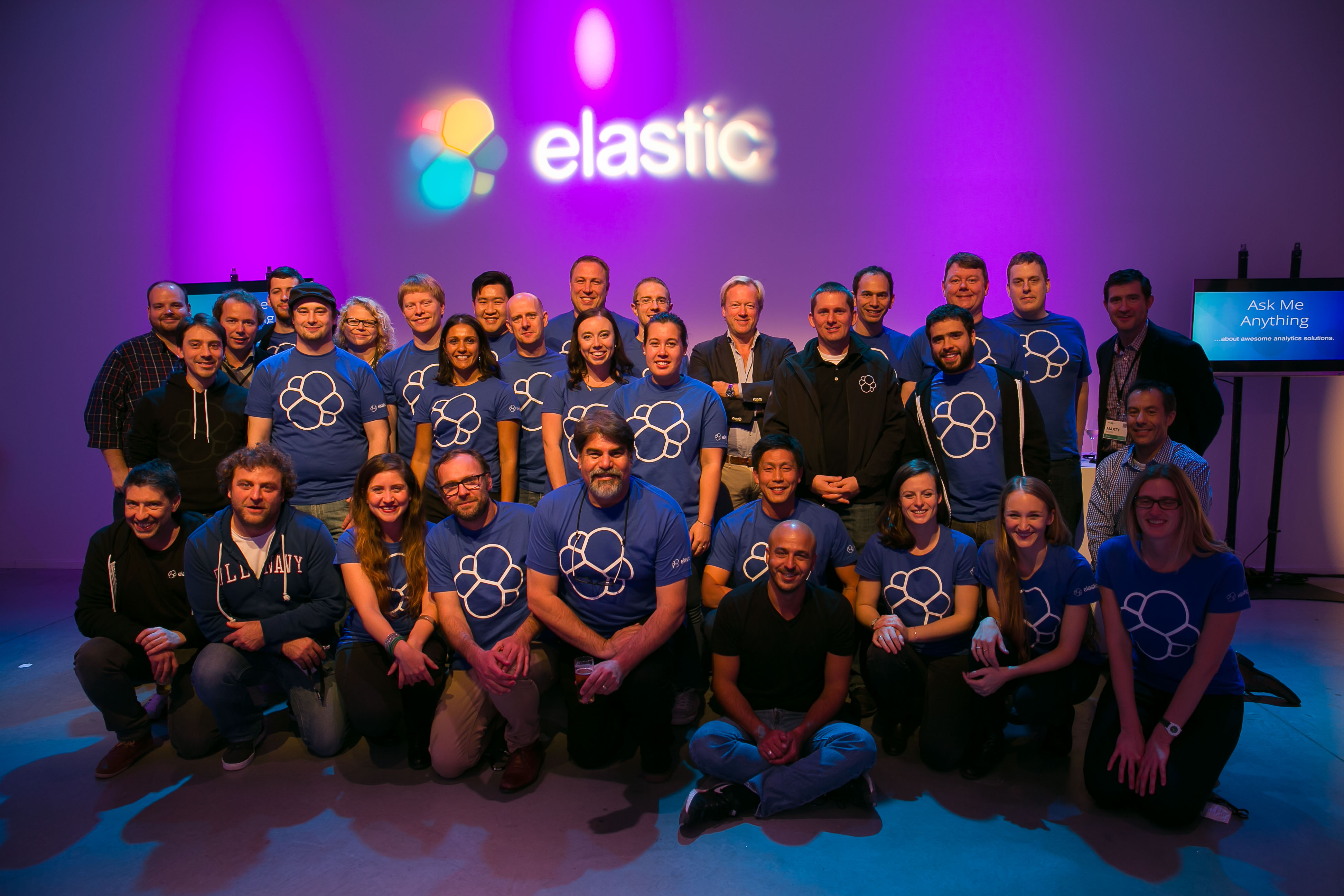 Katy and the Elastic{ON} Tour crew in Amsterdam, 2015.

Is there a favorite Tour stop that you’ve done?

Katy: My favorite one this year was the Amsterdam Tour stop. First of all, I love the city of Amsterdam. I’ve gotten to go a few times in the past because we have an office there. One of the things that was awesome about this Tour stop was that we had Shay as well as Steven (our old CEO) both at the event. Steven is rarely at a Tour event, but since we were in Amsterdam, he joined. With Steven there, we were able to do part of the opening keynote in Dutch alongside his one of his co-founders, and current CEO Shay to welcome the Amsterdam Tour attendees and thank them for hosting Elastic at our first office. That was something special, and something I don’t think I’ll ever forget. 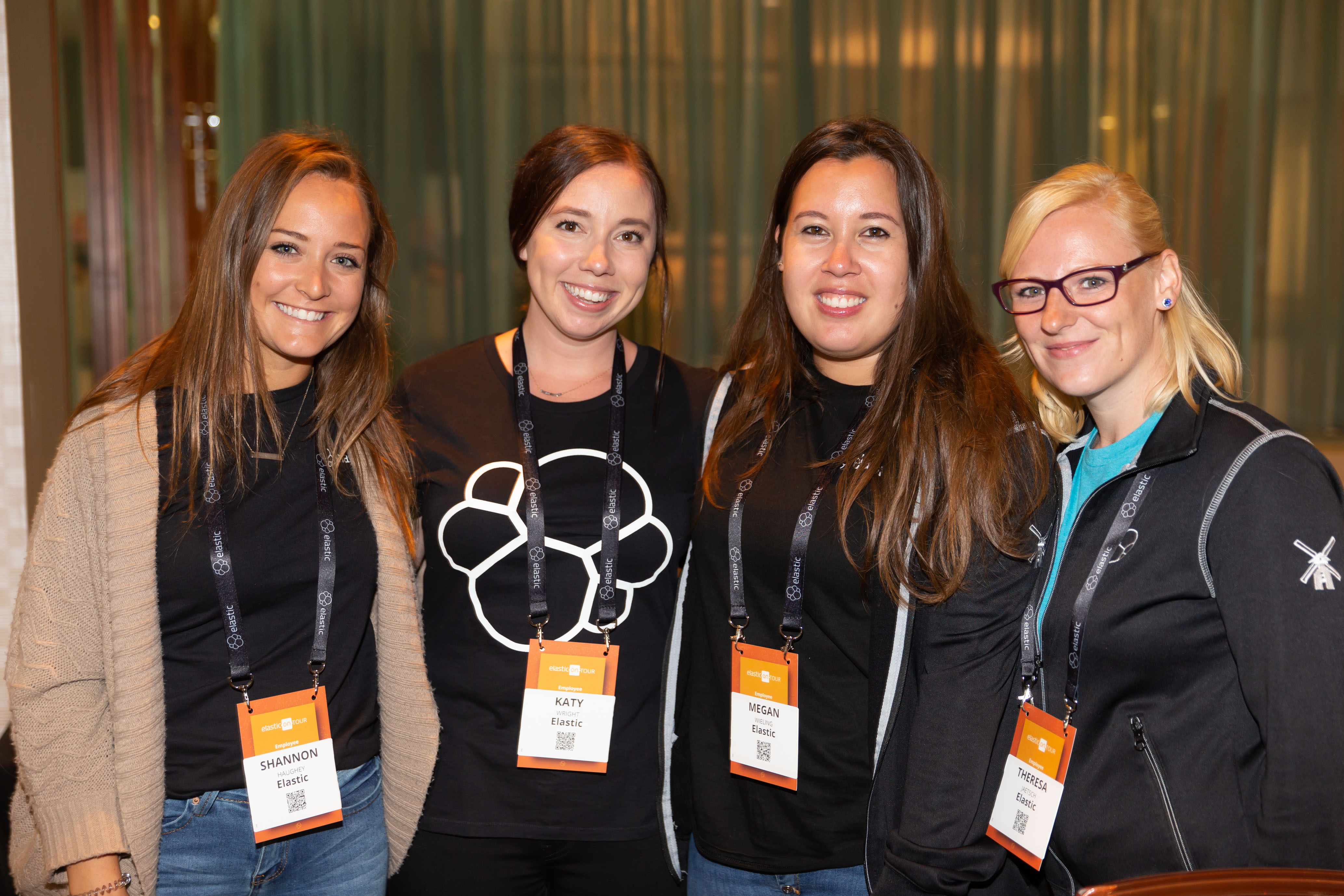 What would you tell people if they were to ask what it’s like to work at Elastic?

Katy: Most of my friends and family know I love Elastic because I talk about it all the time. When I was looking for jobs straight out of college, I was pretty nervous. I didn’t necessarily grow up in a small town, but it was a tight-knit community. I also went to a smaller university. I was used to that sense of community. I was worried I would end up in a big corporation and lose that sense of community and family. That is the absolute opposite of what I found at Elastic. I was really fortunate to join when Elastic only had about 100 employees. I was able to create that sense of family and watch it grow. It feels like I’ve truly found my place here.

Katy is probably busy right this second planning the next Elastic{ON} Tour event. Interested in attending? Take a look at our schedule to see when we’re coming to a city near you.