Today marks a milestone: we have achieved the goal we set when Found joined forces with Elastic back in March last year by making the entire Elastic stack available to our hosted Elasticsearch customers. First, we integrated Kibana 4 in July, Shield for security in September, Watcher for alerting in October, and today, we're excited to announce that the Elastic monitoring plugin, Marvel, is now available on Found, our hosted Elasticsearch product. This is a major engineering milestone for us as it means that all of our Elastic plugins are now available on Found.

Marvel is a monitoring plugin that lets you view and analyze the health and performance of your Elasticsearch clusters in real time as well as historically. The newly released Marvel 2.0 is built on top of Kibana 4, which features a complete UI redesign.

To start using Marvel on Found, all you need to do is to enable Marvel and then select a cluster to which you want to ship your Marvel metrics data. We recommend creating a dedicated Elasticsearch cluster for this so it doesn't interfere with any production clusters you are running. Next, you simply launch Kibana on your Marvel cluster and select the Marvel app on the Kibana menu bar to access the key metrics of your clusters, indexes, and nodes. No additional configuration is needed. That's it — just Marvel-ous. 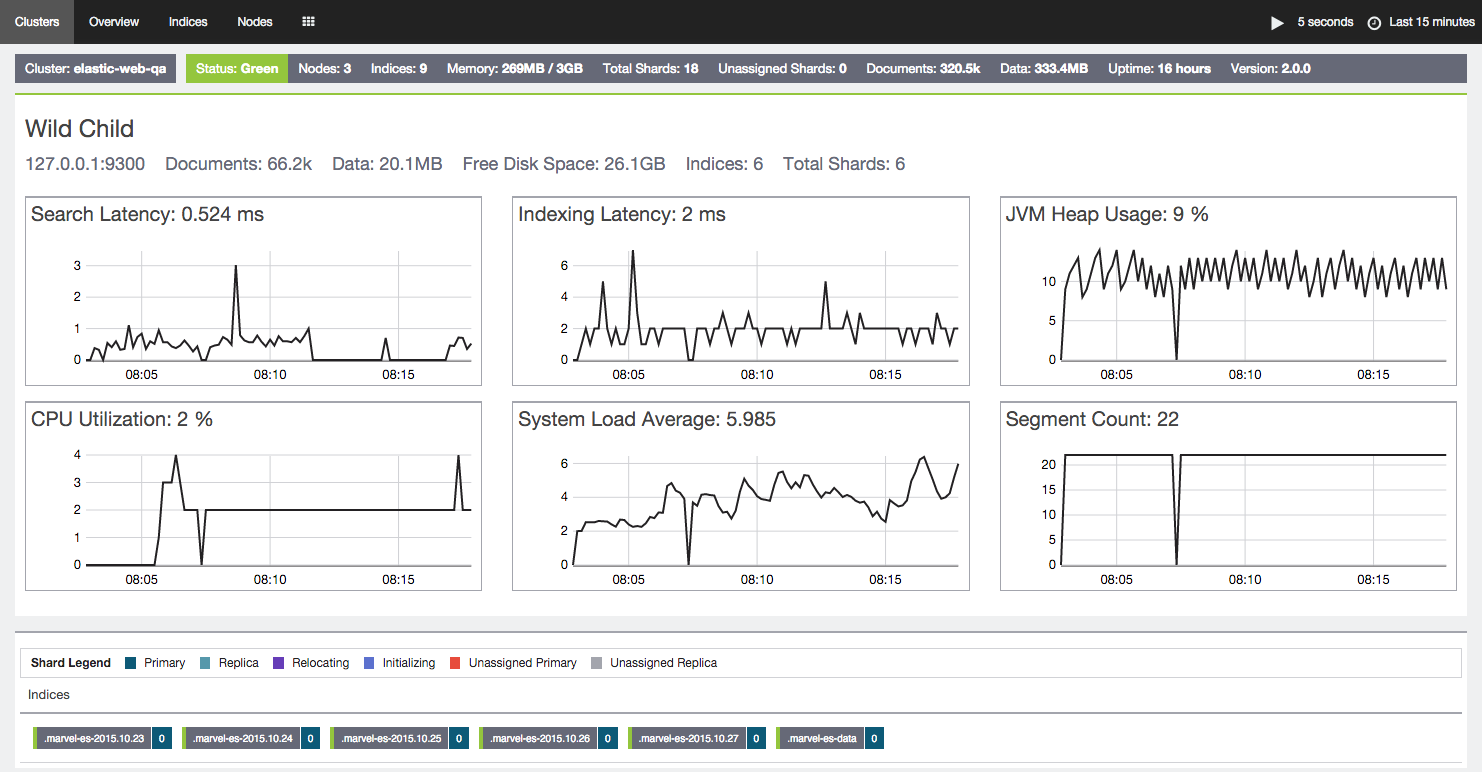 Want to try it out? Sign up for a free trial now!

This milestone signifies an end, but also a beginning. As a highly engineering-driven company, there's always going to be a ‘but wait, there's more', so let's have a peek at what's on the horizon. But first let's take a quick look at how we got to where we are today.

Developer's Best Friend in the Cloud

A few years ago, we were a tiny startup in Norway with some wonderful customers who were all fanatic Elasticsearch users looking for a better way to host and manage their Elasticsearch clusters than simply doing it themselves on AWS. We stood up to the challenge, and back in 2012 we launched the public beta of our hosted Elasticsearch service. We hit challenges early on and ‘failed fast', which gave us a wealth of experience enabling us to execute well in a fast moving cloud space. Our mission was to be the developer's best friend, by hiding complexity while remaining flexible, and last but not least, by delivering a rock solid, reliable hosted Elasticsearch service. It was still early days in the hosted Elasticsearch domain when we went GA in 2013, but the product showed significant traction in the following months. By the time Elastic acquired Found short of one year ago, we had hundreds of paying customers. Since then, the ride has been simply amazing.

We were secretly hoping to one day become a part of ‘the core Elasticsearch team', and we had good reasons to believe that Elastic was planning to enter the hosted Elasticsearch market. As it turned out, we were right and Elastic had such faith in what we built that they scrapped the plan of building their own service and instead ‘popped the question'. In March 2015, we merged together with the Elastic team. Usually, acquisitions tend to be rather bumpy, but based on strikingly similar culture, ethos, and a vision for the future, it was simply a great fit for us and our customers. One result was that many more and also larger companies signed up for Found as they entrusted in the fact that the company who created Elasticsearch was now supporting the Found hosted Elasticsearch service. Today, we are humbled that we are hosting three times as many clusters as before the acquisition and honored to have awesome customers such as HotelTonight, Docker and Instacart enjoying the benefits of Elasticsearch in the cloud.

With a steadily growing cloud team in 2015 and access to the people who built the Elastic products, we have finally packaged all Elastic products into our hosted Elasticsearch solution. As Elastic continues to enhance ‘the stack’, as well as develop new products, we can assure you that all of these goodies will be packaged with our hosted Elasticsearch service. Already, new Elasticsearch versions and Kibana apps - such as Sense and Timelion - are made available on Found as soon as they are released.

Hosted Elasticsearch in Your Clouds

If you see us with shades, it's because the future's so bright... With the usage of Elasticsearch snowballing and more and more businesses adopting the cloud model, we're in a good place. But complacency is not in our DNA. We're all about helping developers, devops, and our customers start and grow their businesses, and what we have come to realize is that despite the increasing demand for Elasticsearch as a Service, there's an unmet demand that we can help deliver: a fully packaged Elastic stack for on-premise environments and private clouds. So if you choose to run Elasticsearch in your own data centers, you can look forward to a downloadable, feature-complete version of the Elastic Stack to run in your own datacenter or private cloud, built by a team with many years of experience managing thousands of clusters. Our goal is to let you use Elastic's products to solve even more challenges and accelerate your business further – without having to expand your operations teams or ship data out of your data center. So stay tuned! And we promise, there's lots more ‘Found 2.0' awesomeness to come.