Today is Veterans Day in the United States. This federal holiday is observed annually on November 11 to honor military personnel both past and present for their patriotism, love of country, and willingness to serve and sacrifice for the common good.

To launch the initiative, Elastic partnered with VetsinTech, a leading national non-profit in the U.S. dedicated to supporting veterans through tech-based education, employment, and entrepreneurship programs. You can read more in the press release.

In celebration of this new initiative, we talked to talk to two of our Elasticians, Kevin Keeney and Joe Winchell, about their leap from military service into Elastic and how they maintain their close ties to the military in their day-to-day work. 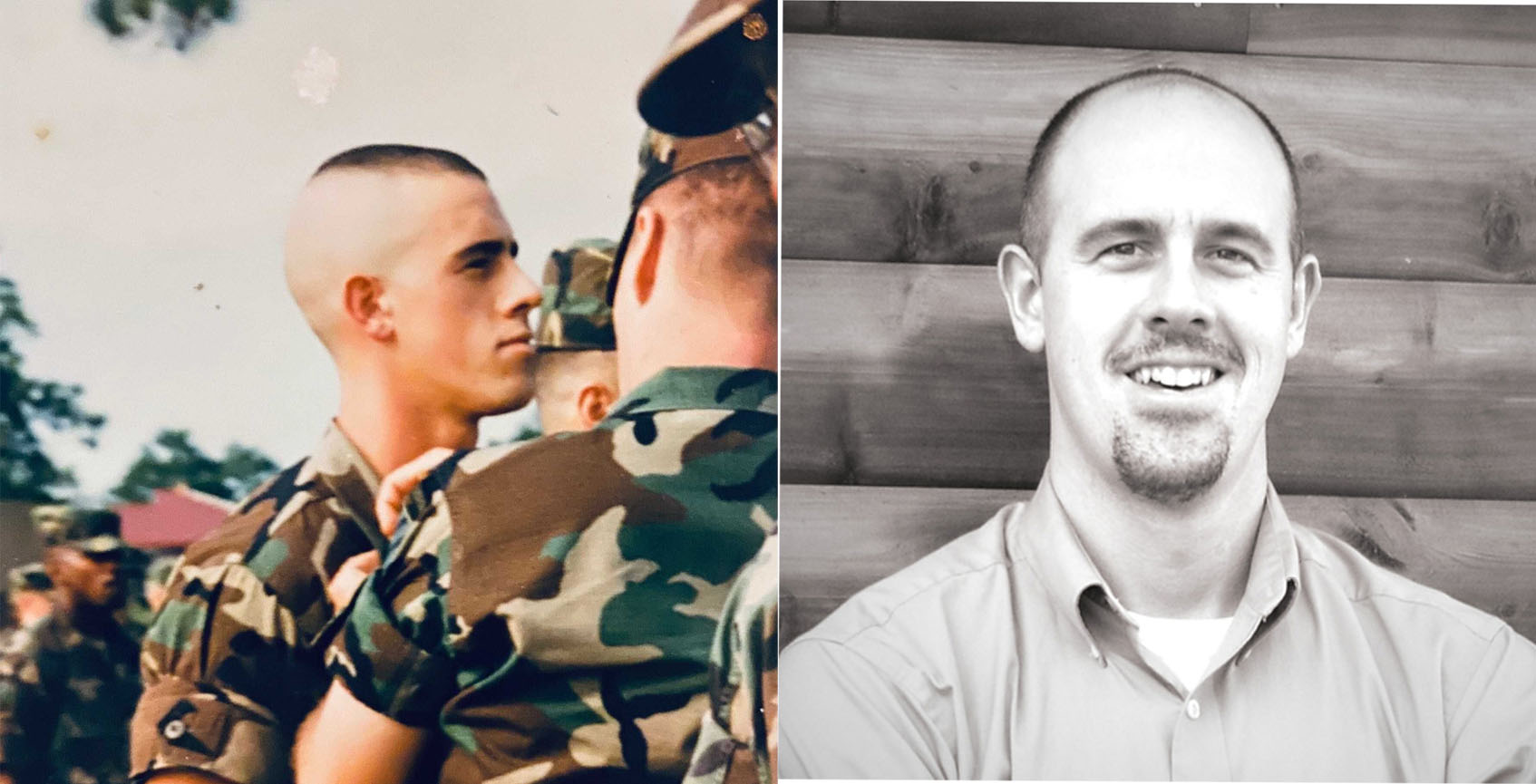 How long have you been with Elastic?

I’ve been at Elastic just over three years and coming up on a year in this current role. Prior I served as the global cybersecurity evangelist/advocate. It was a lot of fun traveling the world going out and telling the Elastic story about what we're doing and how we're disrupting the security market.

What do you do outside of work?

I’m married with five children, so a lot of my time is spent just keeping up with them. Typical dad stuff. Shamefully, I'm a workaholic. However, I love to play boardgames with the family. I also like to do construction projects around the house.

Which branch of the military were you in?

I was active duty in the Army before transitioning to the Army Guard. Then I was a civilian supporting the Department of the Army for about a decade. From there I transitioned into the Air National Guard for the last few years of my career. I spent a lot of my time there supporting the U.S. Navy, where I also met Joe Winchell.

What brought you to the military originally?

That’s a good question. I was going to Penn State and though I was doing well in school, getting straight A’s, I was just young and full of testosterone and wanted to break things. College was not the place for me at the time and I knew I could do that later. I wanted to go experience things so I decided on the classic route and joined up.

You went from active duty military to running your own private company. Was the transition difficult?

No, but I always look at my time in the military with nostalgia. Here’s an example: I’m 11 years into the military, working as an Non-Commissioned Officer (NCO), and I decide to become an officer. I end up going to a school called the signal officer basic course. My wife, who is also a veteran, was pregnant with our third child at the time. She could have stayed home while I spent five months away, but as I always say, if you’re in the military you’re a professional sufferer. My wife and I belong to that certain set that likes to embrace the suck. She decides to join me and live in a hotel room with two kids, while pregnant. We’re on this base where everyone is doing everything together—shopping, eating, whatever—and it’s almost like a religious cloister. I do look back at those times with nostalgia because there isn’t a community like that anywhere else, but transitioning into the private sector was not very difficult.

Do you feel like you’re a part of a community here at Elastic?

I was actually really surprised by the community here. This is a Silicon Valley company, global in nature, and you just wouldn't think a bunch of military guys would find a home here, or brotherhood and sisterhood together—but we have and I'm surprised by that every single day.

What skills did you learn in the military that transferred to Elastic?

As a Commissioned Officer in the Army, you learn a lot of concepts around time management. You also learn how to manage risk to yourself and others. I started a company within two months of leaving the military. I’m a serial entrepreneur, really—I’ve made three so far, with Perched, which was acquired by Elastic being the last one. Time and risk management were the perfect skills to have to run such a business.

What would you say to veterans looking to transition out of military life?

Find a battle buddy, someone who can attack the problem with you. 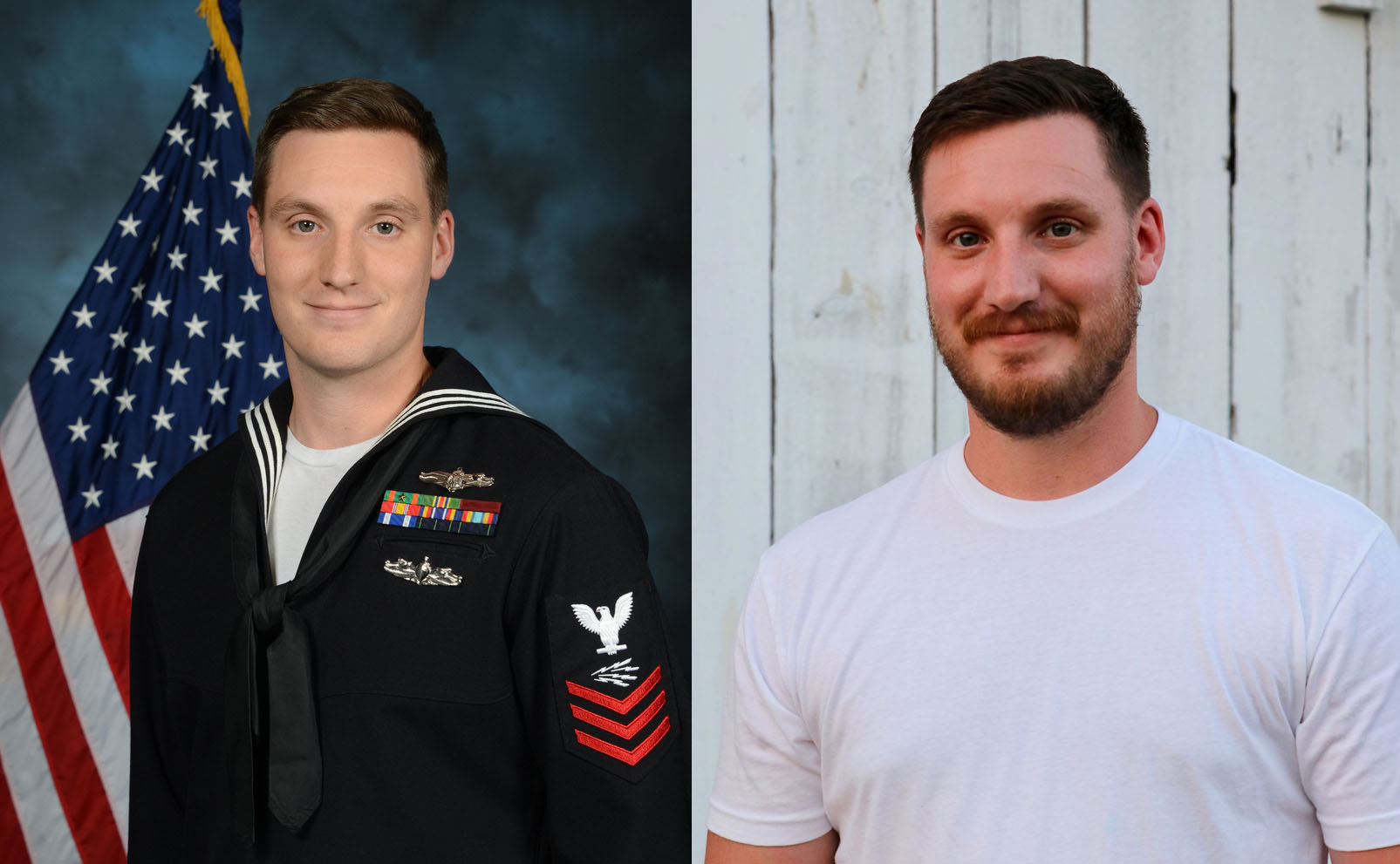 How long have you been with Elastic?

I’ve been here for two and a half years now.

And where are you based?

Outside of work, what do you like to do?

I’m extremely family-driven. I have a one-year-old son and a daughter who is about to turn five. I spend a lot of time with them.

Which branch of the military did you serve on?

When did you join, and what was your journey through the military?

I joined in 2010 and immediately went to a ship for five years. On the ship I was basically in charge of maintaining the radio and network communications. That was my introduction to tech. I’d done some courses in college and high school but I wasn’t really passionate about it. After those five years I was invited to be a part of creating an incident response and cyber protection team for the Navy. And that was how I was introduced to Elastic. I was actually one of the very first federal customers! I worked closely with Jason Goetz and the sales team for three years before I got out of the service.

What drove you to move from being a customer to becoming an Elastician?

I worked with a lot of vendors as a federal customer. Everyone wants to get those federal dollars. But Jason and the team seemed very morally driven. They wouldn’t offer a solution that didn’t make sense, and they wouldn’t try to upsell. First and foremost though, there was always the technology. I felt like Elastic always cared about the solution they were delivering, and not the price tag associated.

It was really interesting, actually. I was the first federal consultant here at Elastic, so coming in I was blazing some new trails. When I interviewed for the team there were only eight people on the Federal team at all. The great thing was, and I’ll name names, was having Michael Alexiou and Thom O’Connor around. Thom’s dad was in the Navy, so he knew what the lifestyle was like, and Michael was from federal programs. They spent a lot of time mentoring me about the culture here at Elastic. In the military, failure is not accepted. If you go into a room and you don’t have all the answers about why something went wrong, it’s not a good feeling. Thom and Michael showed me that failure is part of the process, and that I was a part of a team that would support me.

Were there any lessons you learned from the Navy that you’d like to pass on to our readers?

There are only two options: you are either having a good day, or a bad day. It’s up to you to learn from both of them. Sometimes it’s best to just jump into the fire.

And why do you think former military personnel fit so well in these consultancy roles?

We’re still dealing with a specific domain: either someone in the military, or a government contractor, and having that domain knowledge is a big plus. There’s a certain kind of lexicon that they use to approach a project. It’s really all about domain knowledge.

What would you say to a person who was on the fence about whether they should join Elastic?

The growth and the amount of opportunities Elastic has — you get to make your own opportunities, and decide your level of involvement, and your learning path. You get to choose the technologies and the people you want to work with. Everyone’s humble but also really talented — sometimes it’s exciting to be the dumbest guy in the room.

And if you’re the type of person who likes to switch companies every three years? Elastic is a great career builder. We’re flooding the market with so many different use cases, and so much novel technology, working here is preparing yourself for the future.