Fed team spotlight: Christopher Brown on training the next line of defense

Life @ Elastic celebrates the various ways Elasticians create community, lead by example, and carry out our Source Code in everything they do. In this Spotlight we talk to Christopher Brown about his role as an education architect and what it takes to train the next generation of security professionals.

Can you tell us about your role?

Christopher Brown: I’m an education architect at Elastic. Really, I’m more of a security instructor — I don’t actually do a lot of architecting.

Christopher: I’m based out of central Indiana, about 35 or 40 miles out of Indianapolis. I’m out in the middle of a lot of cornfields. I actually live on five acres surrounded by cornfields. We’re just about to get fiber internet.

Welcome to the 21st century!

Christopher: Traditionally I’m a road warrior and the hotel Wi-Fi has always been faster than at home. Now that I’m home all the time, it’s a relief to get something a bit faster.

What does training mean in your job?

Christopher: It typically entails delivery of training and teaching students. In our case it's usually to the Department of Defense, government, and federal employees.

Christopher: I come from a family of consultants and trainers. My mom was a cosmetology instructor. My dad worked with Raytheon for 30 years. He was a defense contracting and field engineer instructor. My brother worked for Apple education for 10 years. We were all somewhere between consulting and training. I was a Microsoft trainer until 2004. Around that time I started having students in my class from government and federal roles. I remember a few of them at the time saying, “You know, you would be interested in our work.” One person in particular slid me a business card and said we should speak offline. He happened to be with a company called TAMSCO which did technical account management and security consulting. They were bought by a group, DRS, and in 2006 I went on my first overseas assignment with them.

What initially got you interested in the security field?

Christopher: When I was at Microsoft I was given a book called The Cuckoo’s Egg by Clifford Stoll and I was hooked. Stoll was doing a systems administration job on a time-sharing system that happened to have some minor accounting inaccuracies. He wanted to get to the bottom of it. So he began investigating and it turned out to be international hackers. The book details how he unraveled the whole case. I found it interesting. I think a lot of people get started this way — they’re not in security but they find the mystery interesting and just want to keep digging deeper and deeper.

Christopher: There were a few things. I kind of knew the team that I was going into because we've been running in very similar circles. My current team has a lot of people from Perched, which joined forces with Elastic last year. They are a lot of former Army, Air Force, and Navy professionals, people who develop training — so I’d encountered them in previous roles. Endgame came in later and now both teams have merged and are responsible for delivering federal services education. It’s been a really good fit for me.

What excites you about the role right now?

Christopher: Digging into students’ minds and figuring out how they really learn, because every student is different. To move out of the theoretical and academic world of teaching principles to really help someone to understand the topic. 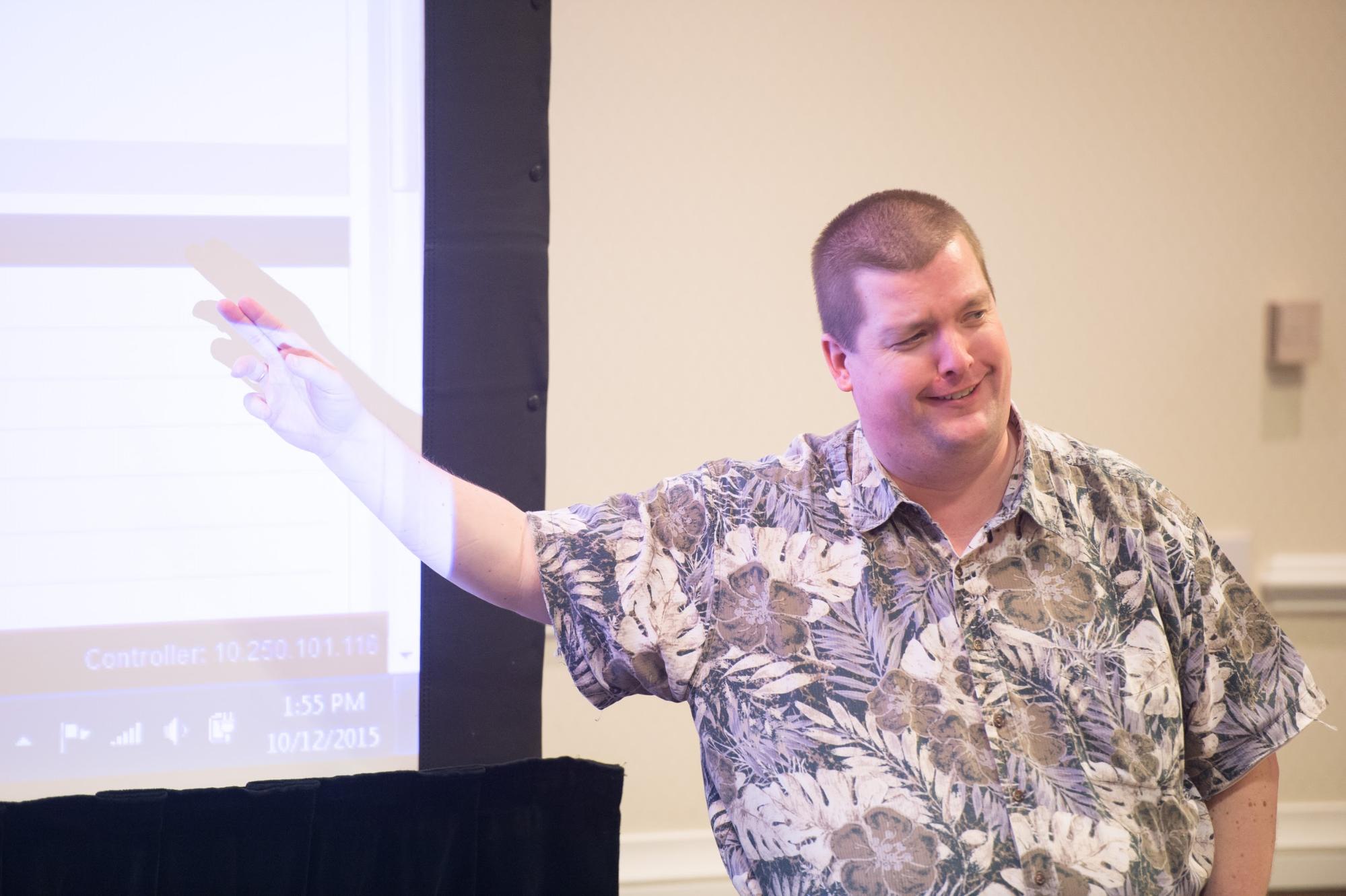 A lot of the courses that we have for network security are capture the flag related. So we don't ask questions that involve a straight answer, or looking one up. Instead, students really have to search for the right answer. It pushes students to get out of their comfort zone. It gets them out of routine work where they sit in a lab and write down all the info and that’s it. I don’t think that’s an effective way to learn. Finding these teaching solutions really excites me.

How many students do you usually have in the classroom?

Christopher: It’s usually a bigger class load, between 20 and 30. Really an ideal class is around 12 students but that’s not often possible.

What’s been one of the biggest challenges of modifying your work during COVID-19?

Christopher: Not travelling, because I’m so used to it being part of the job. I’m 48 and I’m working on passport number three. I’ve never been grounded like this before, and I hope to travel again someday.

How have you adapted your classroom for a virtual setting?

Christopher: We’d run a few classes in the past virtually using Strigo and Slack to interact with students live. But there’s one big adaptation. You need to really listen when working virtually. There are a lot of instructors that feel they need to talk all the time. This is fine in a live setting where you can read whether a student is losing interest and adapt. But in a virtual setting it isn’t always possible to read your students. I mean, you can ask them questions and get some feedback in chat and that kind of thing, but you don’t normally see them since many keep their video off.

When I see you on video, and you smile and nod, I can see that you’re paying attention. I’m getting that feedback. But without video on that’s impossible. So asking questions and listening is very important.

Do you have any other tips or tricks for teaching virtually?

Christopher: It’s important not to stretch out lectures on theory as long as you would in a live classroom. Keep it to 10- to 15-minute chunks and get them into the lab. You have to keep students active to hold their interest.

Christopher: I think success for our team is really just putting together a program or a structure where students can come in and learn what it takes to keep their organization secure. And, you know, maybe six months down the road we can check in with them and see how they're doing. If they're happy, and they can say, hey, you know, we learned something and caught a big threat — that’s real success.