Someone Like Me: David Pilato reflects on 9 years at Elastic and why you need to step outside your comfort zone 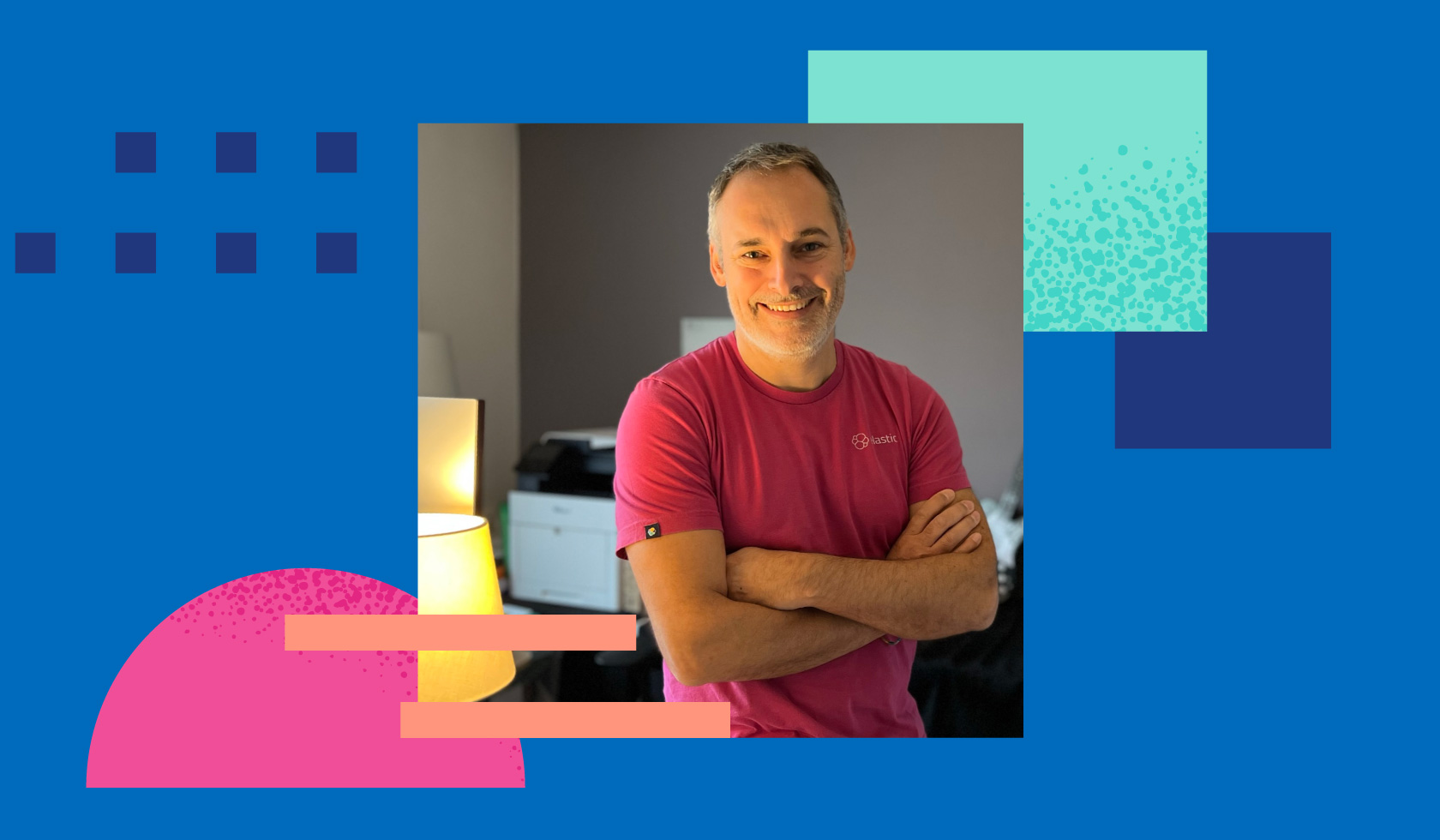 David Pilato recalls not sleeping for a week after discovering the Elasticsearch technology and using it to build various clusters with one click. A month later, he recalls saying to a colleague, “If Shay [Banon] creates a company, I'll either invest in it or join it.”

David, who calls himself a Developer | Evangelist because he takes what he knows from being a developer and uses it to help others, has been a part of Elastic for more than nine years now—and he’s learned a lot along the way.

David’s been a part of Elastic for more than nine years now—and he’s learned a lot along the way.

On our community team, David describes his job as encouraging people to adopt and use Elasticsearch. “My goal is to get people to download Elasticsearch and try it and if they move to a proof of concept project, I am more than happy,” he says. “I ‘sell’ the free tier of Elasticsearch, I’m not trying to convince people to buy.”

Before he joined Elastic, he found himself in the position of many of the people he now encourages to try Elastic’s products. While working at French Customs, he came across a piece of code written by Elastic Founder and CTO Shay Banon. And in doing so, David found the Compass website and how its future was Elasticsearch.

“[Elasticsearch] not only solved the problem I had to solve but much more than I thought I ever needed,” he says.

While David was excited to be at Elastic and building a community in France and beyond, he found himself regularly outside of his comfort zone. “I was not super comfortable with English when I joined,” he says.

And as a member of the community team, he engages with community members through meets-ups, conferences, and internal talks to companies. His entire job is talking to others, writing in forums, and answering questions, whether that’s in his native tongue or in English.

His advice for finding the confidence to move forward? “Just do it. You are not judged by the ‘bad’ thing you are doing.”

In his specific situation, he slowly worked towards becoming more fluent and comfortable in English. First he would give talks in English but with another Frenchman, so he had a safety net. Then he worked his way up to doing a short talk in English alone, then giving a full 50-minute talk in English, and finally doing a talk in England.

“Go outside your comfort zone, but take small steps to get there,” he says.

And part of pushing yourself is to be OK with being wrong. “Instead, it’s important to be able to say ‘I don’t know’ and be fine with that,” David says. “It’s not a weakness.”

“Being humble makes your life easier,” he continues. “At conferences, I don’t always know the answer, but I’m going to try to find the solution.”

“I always love when I’m at conferences and people come up to me,” David says. “I was in San Francisco for the first ElasticON conference and a member of the community looked for me in the 1200 participants just to thank me in person for helping him so much in the forums.”

“You are helping them in the forums and in the community, but they are giving back to you in the same way, giving thanks, giving love. That’s another way to give.” This is the last part of David’s self-described ‘magic potion’ to boost your career.

The rest of his tips for boosting your career are as follows: