Keeping up with Kibana: This week in Kibana for September 23rd, 2019

Lens has been merged! You can now see Lens visualization type in Visualize app on master and 7.x. We are continuing to work on bug fixes and small improvements in preparation for Beta, but would love for you to try it out and send us your feedback!

The prerequisite PR which migrates portions of the Spaces plugin to the new platform merged last week. This makes the actual implementation much easier, which we’ll be focusing on this week.

The changes have been made to no longer rely upon RelayState for this feature, and the configurable URL length limits have been implemented. The PR is ready for the next round of reviews this week.

This week we completed nearly all of our blocker audits with plugin teams. We have a couple left to tie up this week and are primarily focused on execution now. So far, we have not identified any pressing new blockers that were previously unknown, which is good.

For the New Platform migration, 7 PRs were merged by plugin teams this week, 6 by the App Arch team and 1 by the Security team. 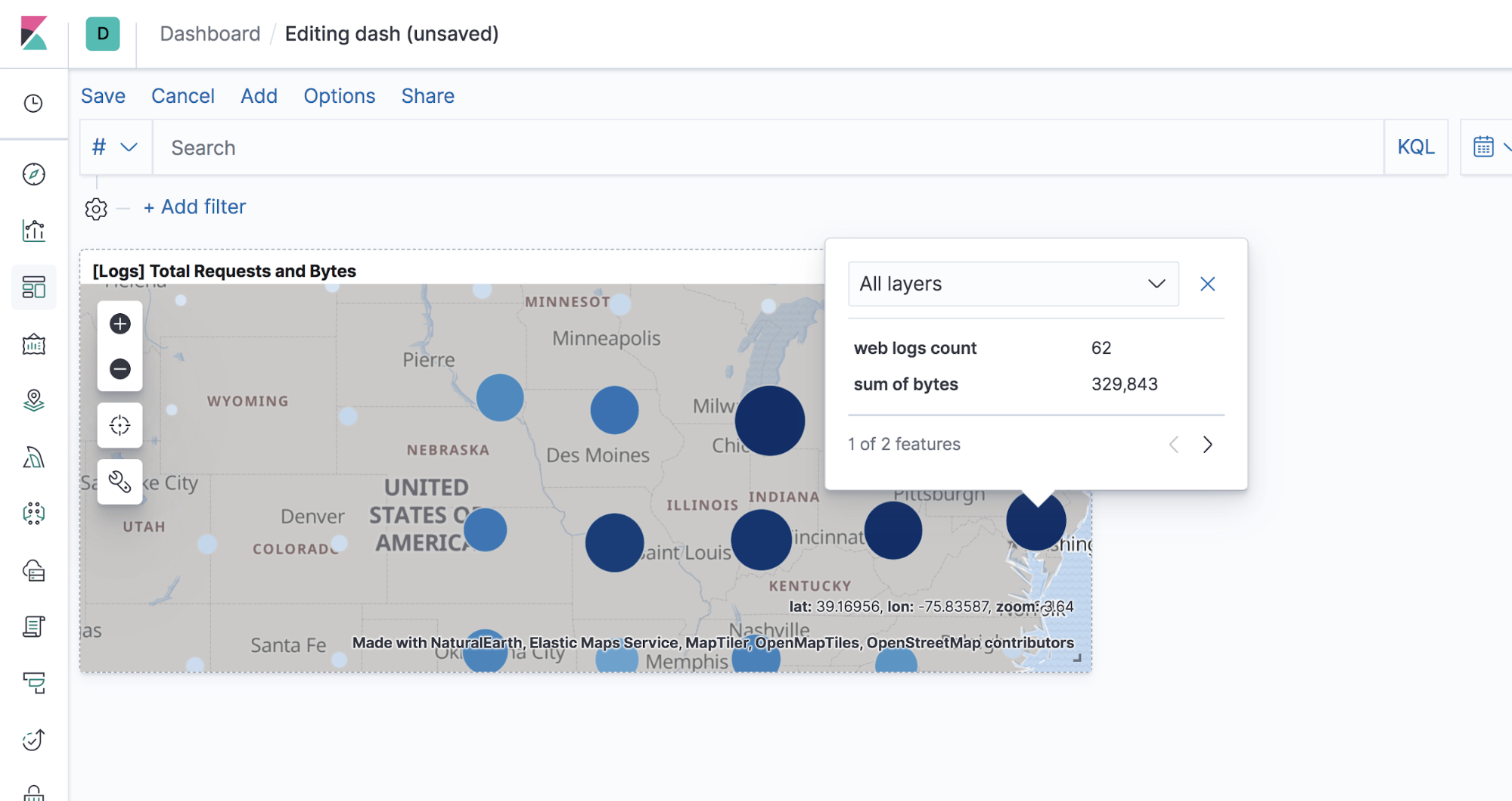 We continue to curate and test subdivision boundaries of Eastern European countries. Currently in review are subdivisions for Serbia and Montenegro.

We made progress on moving filter, time filter, and query services to the new platform. agg_config and agg_configs were moved to agg_types in preparation for the final move to data plugin.  We also worked on refactoring visualization types.

We merged Lens into master and 7.x!

It’s now safe to call a React re-render on onBrushEnd events. We added the possibility to hide duplicate axes created by the user based on ticks labels, position and axis title.

On version 13.0.0 we also introduced a small breaking change, on the Theme type, introducing the visibility property on the tickLineStyle them property (see #374 for details).

We keep working on the refactoring of the library removing MobX state manager in favour of Redux (to align with other existing products and apps and to clean and improve the current data processing flow).

We made progress on the pie chart implementation. Now the slice labelling is in good shape, we are working on adding more test coverage.We will finally integrate this work when the refactoring and the new chart type API is merged. 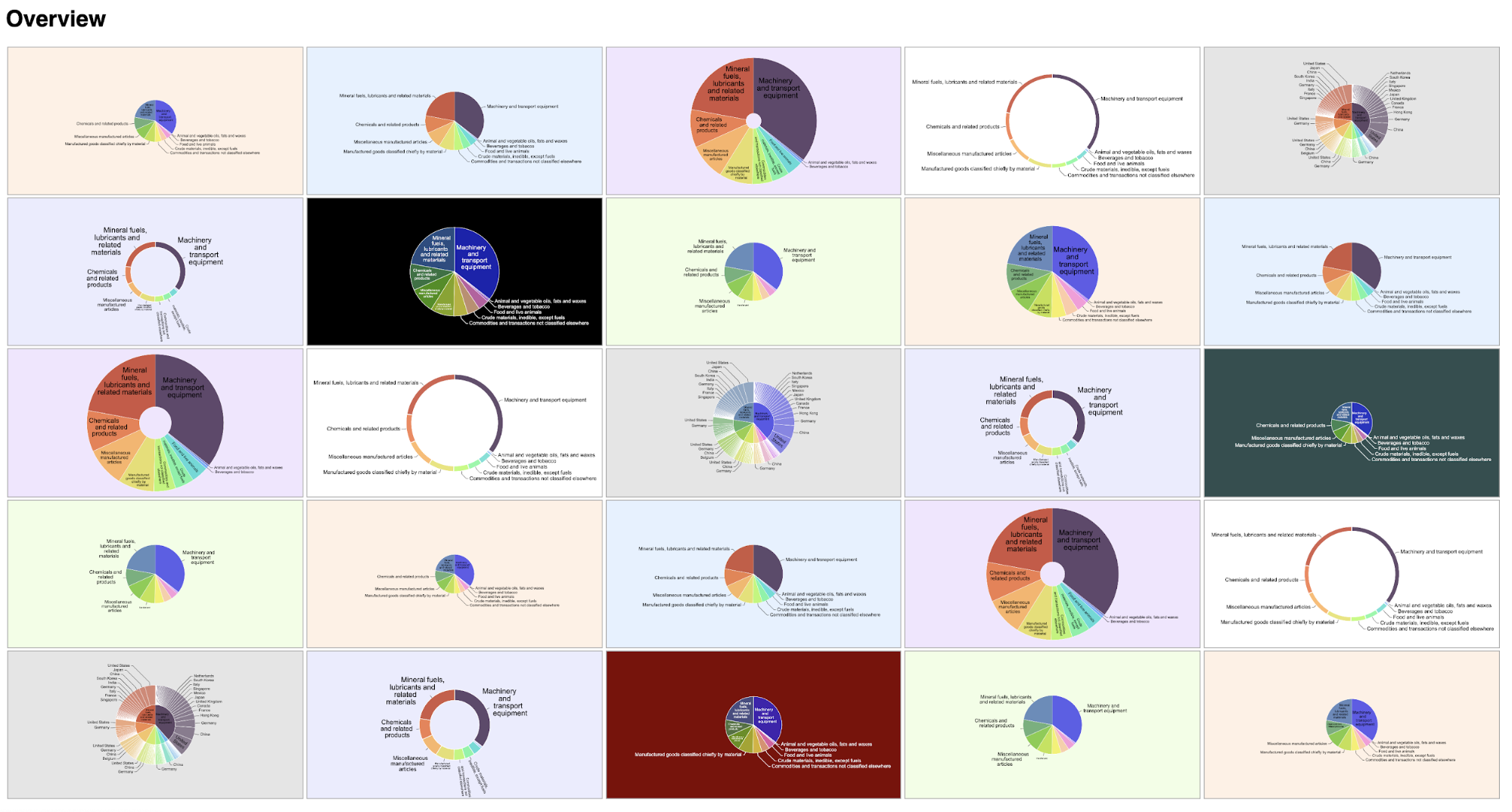 Last week de-angularization of the search bar #45351 including KQL support #45364 was merged along with minor cleanups and restructurings #45770 #45782. Graph now also has a readme that explains the setup and most commonly used commands.

De-angularization of the field manager #45384 and a new welcome screen when no workspace is configured #45547 are currently in progress - thanks a lot for the input from the design team!.

De-angularization of the doc view was merged #44660. With the merge of #44212 sorting by time field when indices mix the format date and date_nanos works correctly. Currently in the works: De-angularizing the left side panel. And there’s a  brand new slack channel: #kibana-discover

The Canvas team is still heads down working on adding localization to the entire Canvas app.

Accessibility is always a focus for us and we have created a video around building and testing for accessibility with EUI. Available here.

EuiDataGrid can now detect schema types and auto-applies formatting rules based on that. It can also be given styles on a per-cell basis.

There is also progress around selecting and viewing a cell’s content.  The format of the popover will match the schema of the content for the cell, allowing for longer content and better readability.

The Maps application received the newly merged compressed forms to make for a clear and super slick UI.

We’re exploring ways to tighten up the workflow between the Dashboard and the growing number of applications that provide content for dashboards (Visualize, Lens, Maps, etc).

The Color Stops component received some more attention recently and is becoming more and more polished. 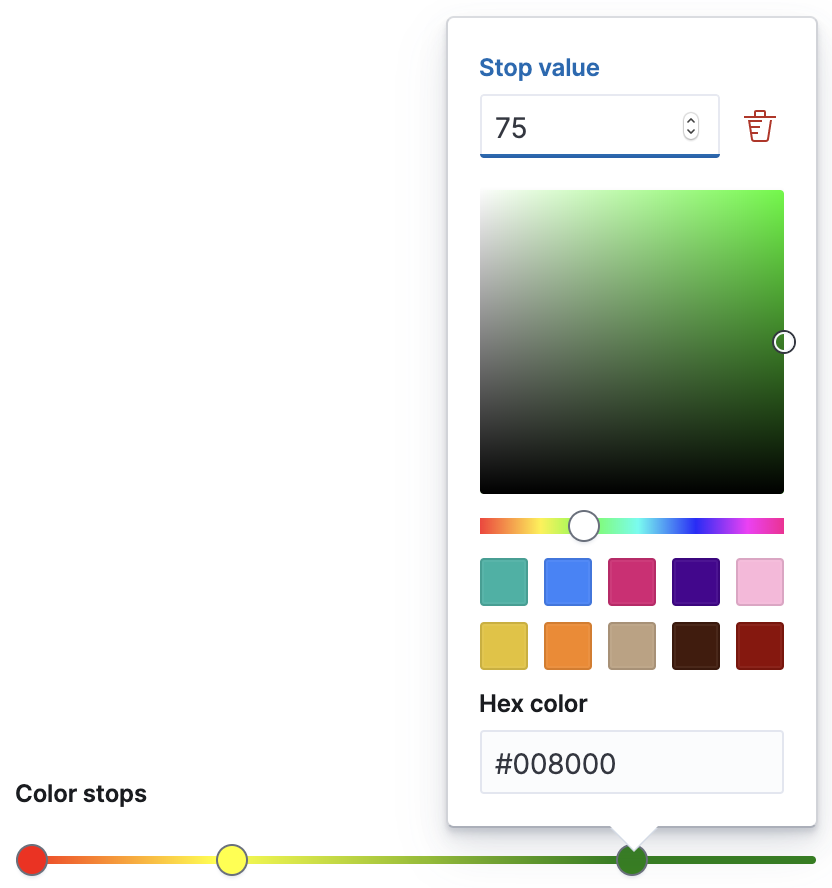 The "alertId" and "alertInstanceId" properties are now accessible in templated alert action params in #45803.  New tests testing access across spaces have been put in place: #45892. A new discuss issue for alert muting is created: #46034.  Patrick continued work on the event log in #45083 and #45081.

That's all for this week.
- Kibana team