Over a year ago, Abhishek Sreenivasa and I went to Strata + Hadoop World in San Jose to learn more about processing large amounts of Big Data using systems like Hadoop. Abhishek and I worked on a product called Event Monitoring, part of the Salesforce Shield product line.

While at Strata + Hadoop World, Abhishek and I attended an awesome tutorial called Going Beyond the Needle in a Haystack: Elasticsearch and the ELK Stack hosted by Kurt Hurtado. Why this particular tutorial? Well, as a product manager, I hear lots of requests from customers to work with event and log data and one of those requests was to visualize it using the Elastic Stack and Kibana. And as a kick-ass engineer, Abhishek loves building inspiring applications that demonstrate the power of our product, Event Monitoring. So we attended the tutorial, which became the inspiration for an Elastic Stack plug-in that Abhishek created with our intern, Mohammed Islam.

Fast forward a year, Abhishek and I were at Pier 48, standing on stage at our first Elastic{ON} conference. We were talking about 'Users: WE KNOW THEM' – The ELF @ Salesforce, which was about the integration between Salesforce Event Monitoring and the Elastic Stack. The speaking engagement was stupendous — Abhishek crushed his explanation of how he designed and built the plug-in with Mohammed.

But the most remarkable connection that was made was in discovering that our host and emcee for the session was none other than Kurt Hurtado; the same instructor who gave us our introduction to the Elastic Stack. I wouldn’t say that the students became the masters, but I would absolutely emphasize the amazingness of the people who work at Elastic to make open source a viable and supported solution for the enterprise.

And that was really the experience we had with everyone we met at the conference, from the Elastic AMA (Ask Me Anything) genius bar to the spontaneous conversations struck up in the heart of the pier, where we connected with people who shared our respect for large scale event management and visualizations, all while eating artisan food truck-catered lunch.

Connections and network effects were definitely the theme for the conference. There was a string wall where attendees could provide input about ourselves, while comparing Star Wars to Star Trek.

Elastic{ON}16 was a uniquely enjoyable conference experience. Connecting with people spontaneously, sharing what we built on top of the Elastic Stack, and learning more about how we can continue to work with Elastic were all highlights of this fantastic conference. 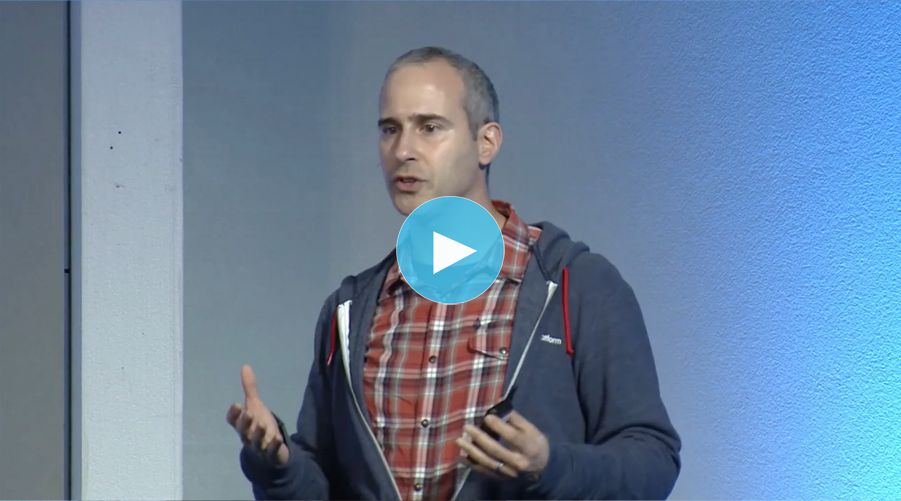 Adam has worked at Salesforce for the past 10 years, both in professional services and as a platform product manager. In that time, among other achievements, he introduced a new way of layering user access controls called Permission Sets and built a product called Event Monitoring that easily integrates low level server application logs with a customer's SIEM or business intelligence reporting tools. On his blog, Adam provides tips and tricks for building security into every customer organization.

Abhishek Sreenivasa is a software developer at Salesforce. He works on Platform Monitoring team that develops self-service Event Monitoring feature. Events from this feature are used by Salesforce customers for security audits and measuring application performance and feature adoption.