Hacktoberfest 2018 for Beats and Logstash

It's all about open source

At Elastic, we embrace open source software so, for us, it's a really exciting event and month to get closer relationships with open source contributors from the community.

It's all about lowering the barrier to OSS

But one thing to keep in mind is this: maintainers know that there's a lot of people out there that have never contributed and want some help with their first issues, so here's the guideline about Hacktoberfest:

To make your first contribution to a OSS project, we suggest the following steps:

Do you like to write Java and or Ruby? Peek at the widely used and incredibly popular Logstash project: https://github.com/elastic/logstash. 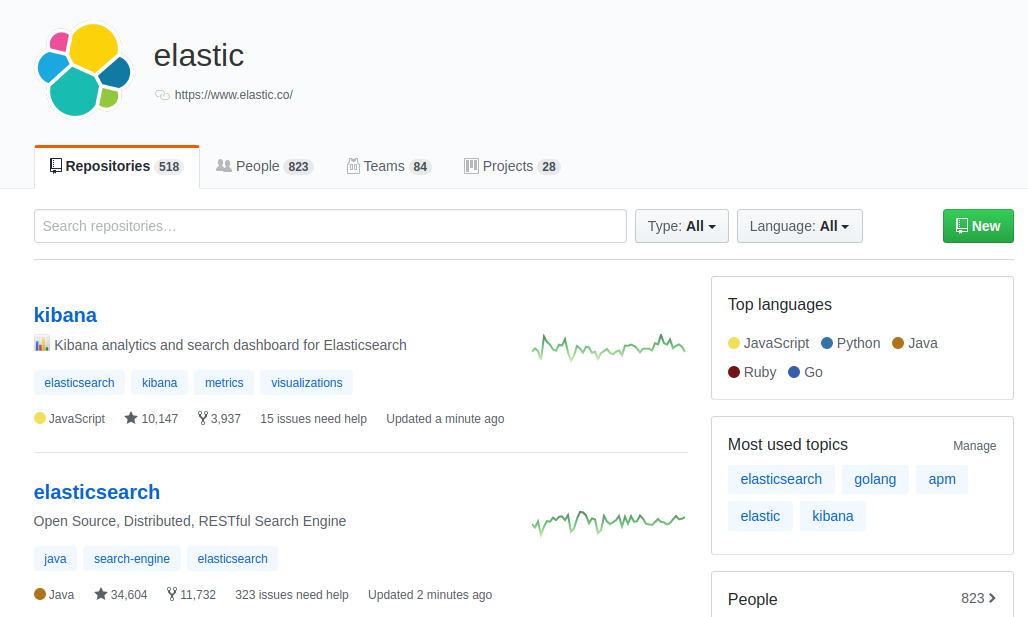 What about Go? The entire Beats project is waiting you: https://github.com/elastic/beats. In Beats, you can contribute to several packages: Filebeat to collect logs, Winlogbeat to get Windows event logs, Metricbeat for system monitoring, or the networking and security related projects of Packetbeat and Auditbeat, respectively. Everything is written in Go, and some projects like Filebeat have configuration based modules where you don't need to know Go even! 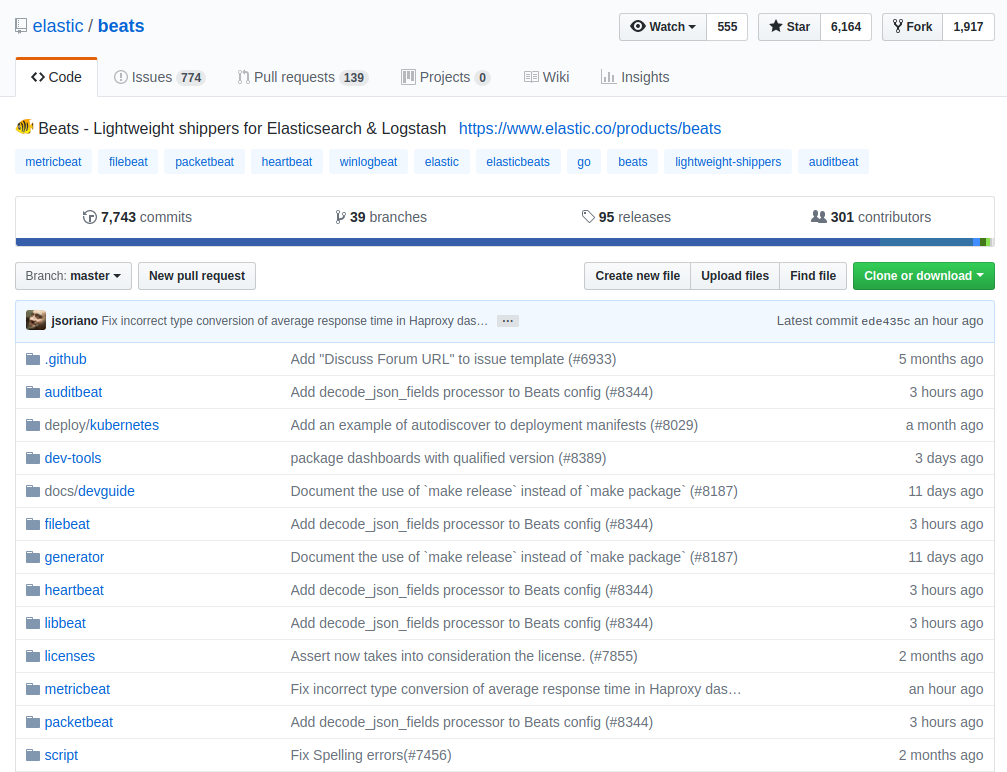 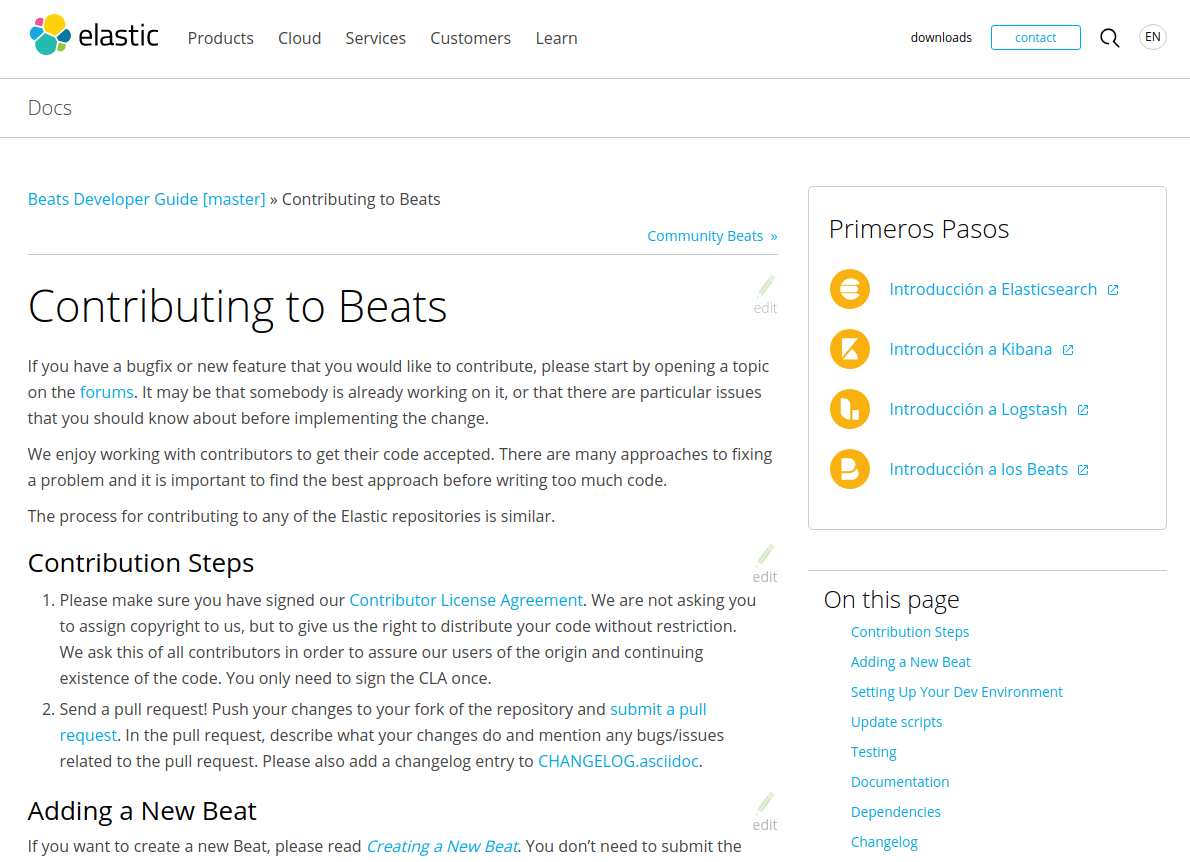 3. Search for "Hacktoberfest" tag in the Issues board

You'll find several issues, read the contents of any of them and try to find one that seems easy for you. Most of the issues tagged in Hacktoberfest will be a good first-time issue, or simply tasks that don't need a lot of context to understand and that doesn't involve much complexity. 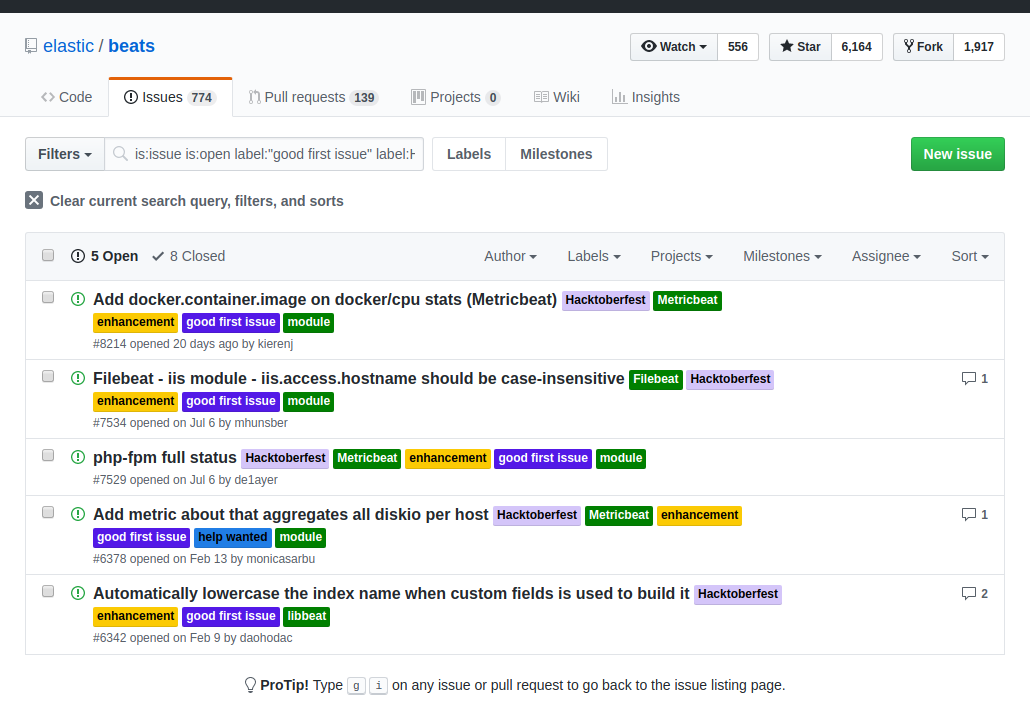 Choose any issue and start peeking at the code. You don't really need to warn that you are starting with that issue if you are not sure if you'll finish it so don't feel pressed. It's not as common as you might think that two persons are tackling the same issue at the same time.

Asking questions is way more important than it might seem. Contributing is not usually as simple as reading the issue description and opening a PR.

You are probably not the only one that has your specific question, so by asking, you are already contributing by giving more context to an issue. So don't worry about asking, we'll answer you or redirect you to any issue that could solve your question. 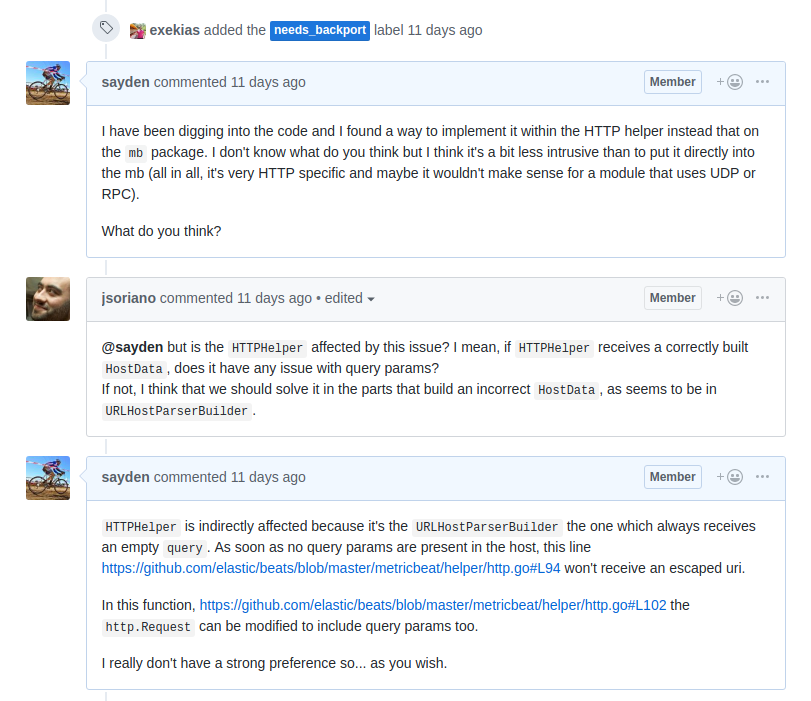 Even if you don’t manage the  PR, the question will remain there in case someone in the future wants to try so.

Don't be shy to ask.

4. Make some changes and open your first PR

For big PRs, make some small changes and open the PR, don't wait until you have a lot of code developed. When you submit, you’ll receive some guidance from the maintainer, so better to only have a few changes instead of a lot.

That is why it is important to ask and to have an open communication channel with the maintainers of each project.

Contributing to OSS is not a difficult task, nor does it need to be a time consuming task, but it does take some time to merge even the smallest change. Don't expect to do it all in a day. It usually takes days even for the smallest changes.

Remember that people are in different time zones and that you won't receive feedback immediately, so try to stay focused on one task during a week by spending some time every day on it.

Contributing to OSS is a marathon, not a sprint. Just get used to asking a question, waiting some time until getting a response, updating your code, pushing the new code, and waiting a few hours until more feedback is received. Slow and steady.

Congratulations: You have become an open source software contributor.

That's all. Personally, I think that the most important point is to "maintain focus" because it's easy (and normal) to feel enthusiastic about contributing, but it's also very easy (and normal) to lose focus after the first evening. Just don't forget that it is not possible to do everything in a single evening. Feedback is necessary (and desirable) and very easy way to learn new things.

And don't forget that Hacktoberfest lasts for the entire month of October, so you have plenty of opportunities to contribute! Enjoy!