The visualization spy panels have been removed from Kibana and replaced by the new Inspector feature. 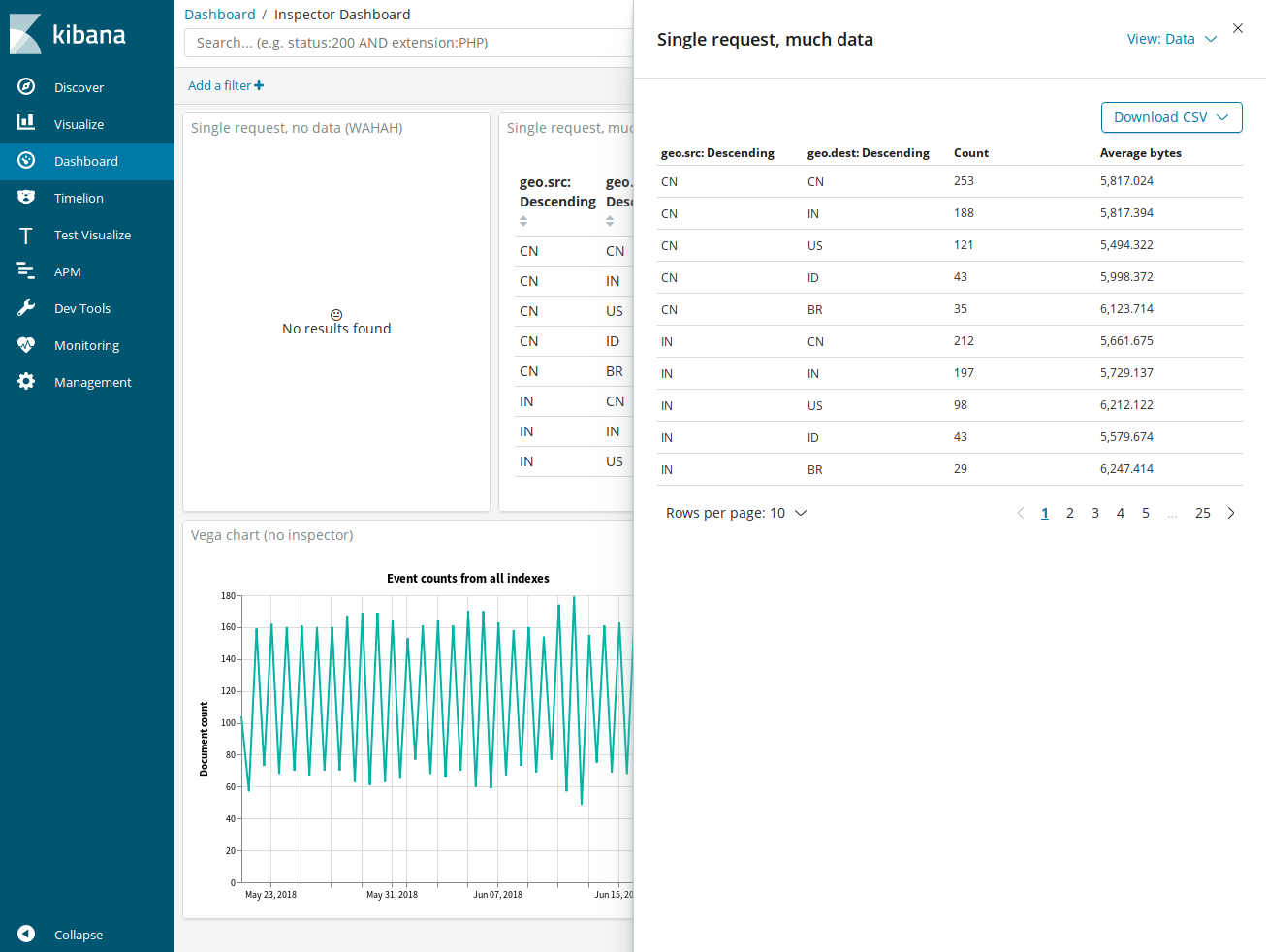 The Inspector shows more accurate data, such as all requests that have been made for a visualization. You can trigger the Inspector for visualizations from different places. For example, on dashboards you can find the trigger in the panel menu: 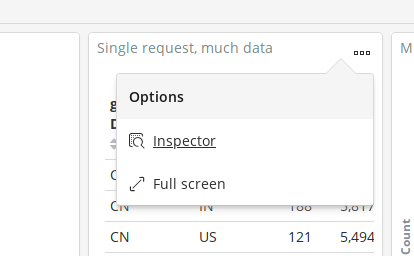 In the visualization editor, you can find the trigger in the top menu:

The most important changes are:

It's been a busy week for the design team. We cleaned up and improved our fixed positioning service (note the position of the arrows over each hover) that we use to calculate positions of popovers, tooltips, and dropdowns. We also got a Super Select dropdown and new Range component lined up for EUI. Also, EUI is now at 1.0.0 and has a new release script tool.

We have a backlog of PRs we’re reviewing, four of which encompass the last remaining tasks before we can push the new platform on the server. We had to adjust our plans a bit for rolling out the new platform in the UI to effectively handle legacy global plugin behaviors between the old and new platform.

This week we merged the new Inspector (#16387), which replaced the previous existing spy panels.