Keeping up with Kibana: This week in Kibana for Oct 1st, 2018

Welcome to Keeping up with Kibana! This is a series of posts on new developments in the Kibana project and any related learning resources and events.

Spaces has merged to master and 6.x/6.5! There are a few smaller enhancements and bug fixes in progress related to Spaces, and we’ll hopefully be wrapping these up this week.We’ve been performing additional analysis and proofs of concept for the next phase of security, granular application privileges, and we’ll be breaking the epic down into stories and estimating them this week.

We’re making progress. Get it? MAKING PROGRESS. Seriously though, the progress element was merged, which was a nice little surprise that we get to add for Beta. What else is on deck? Read on.

Canvas has always had an “edit” mode, but until now it wasn’t persisted. It was mostly a way to reduce noise on the page and keep you from accidentally moving stuff around. With this new mode, the setting is persisted on the workpad. Not only that, but if a user doesn’t have permission to modify a workpad, they won’t ever see the controls! It’s going to make for pretty awesome demos 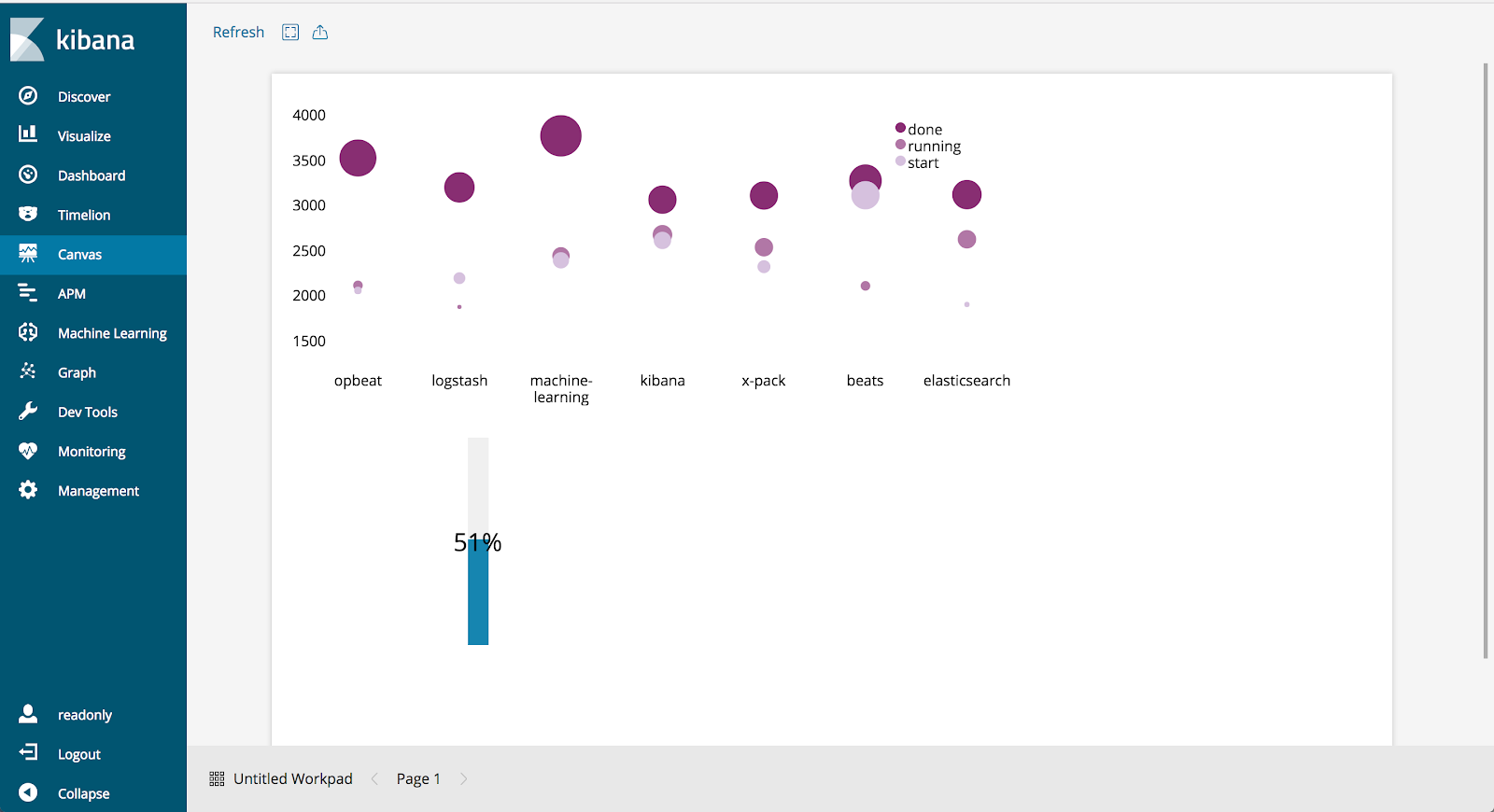 We merged grouping! At least, the very first phase. The initial experience allows for multi-select, group move, rotate and delete. The next phase is resizing, and the pull is in.

Canvas doesn’t have much to translate directly in it’s components, so this work is moving along quickly. The pull is in, but needs review

We fixed some little UI bugs, largely around IE11, but we also got rolling on support for workpad templates, continued progress on moving the interpreter to core and we’re just about done moving the server functions out of bundles.

It’s been a quieter week in rollup world, as we spent much of our time engaged in Management Team Planning Week. Nonetheless, we’ve made solid progress improving the user’s experience when consuming rollup data in Discover and Visualize and refining those edge cases where rollup data interacts with Kibana’s many features in unexpected ways (#23637). We’ve also added a telemetry collector for gathering stats on rollup-based index patterns, saved searches, and visualizations (#23668).

Here’s one of the rough edges we polished -- disabling the time field when viewing rollup index patterns in Discover, so that users can see the raw rollup documents: 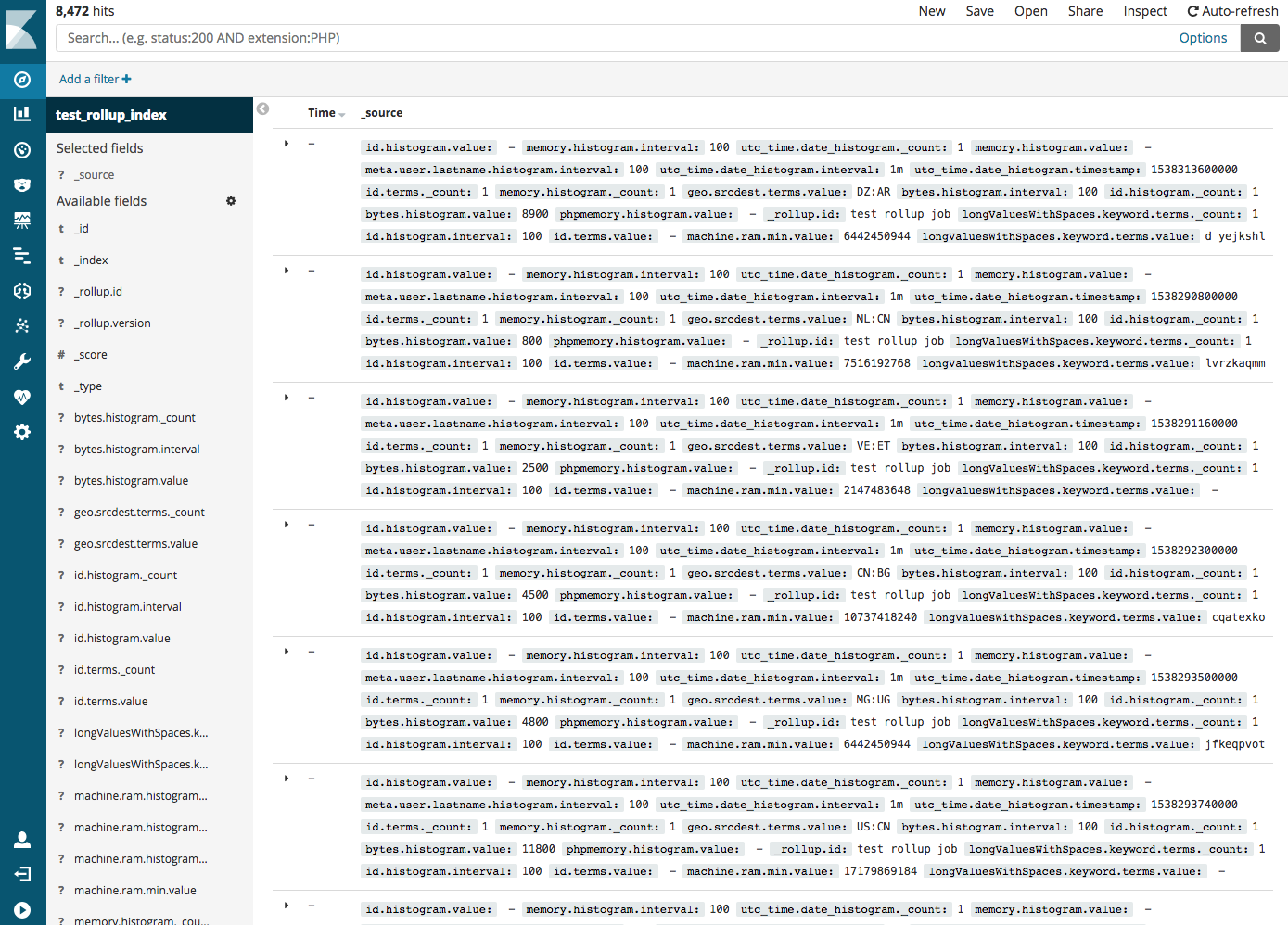 Alex, Court and the team are working together to define the roadmap of Alerting service.

Holy moly the K7 design is finally coming together. We have a perfect storm of PRs hitting Kibana: a new set of app icons from branding, the K7 header, the redesigned login, and the KQL query bar rectification. When all of those hit the K7 design will be in really good shape. Below is showing an in browser screenshot of this stuff all together. 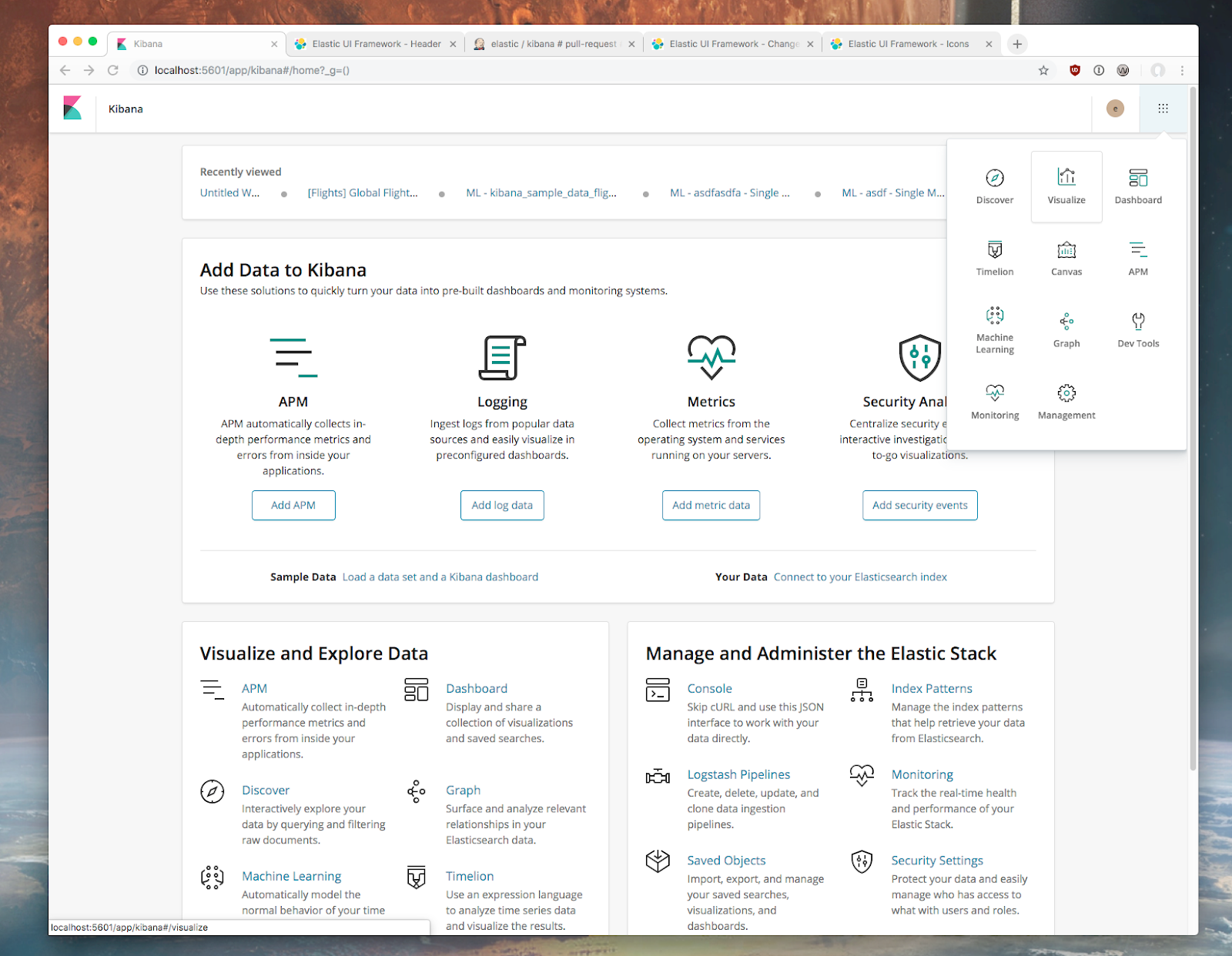 We had a productive Planning Week, allowing us scope out our upcoming projects and put together a realistic roadmap for 6.6 and a tentative one for 6.7 (kibana-team#7).

Fixed some bugs, we are getting more closer to a green CI for the client vendors webpack dll.

QA continues to test the new features of 6.x

Good EUI progress - Query bar is in review, reporting listing page and dashboard EUI panels both merged.  Fixed a long standing reporting bug that was started to get on our clients nerves. KQL telemetry PR is also in review.

Made lots of progress this week on the GIS App. 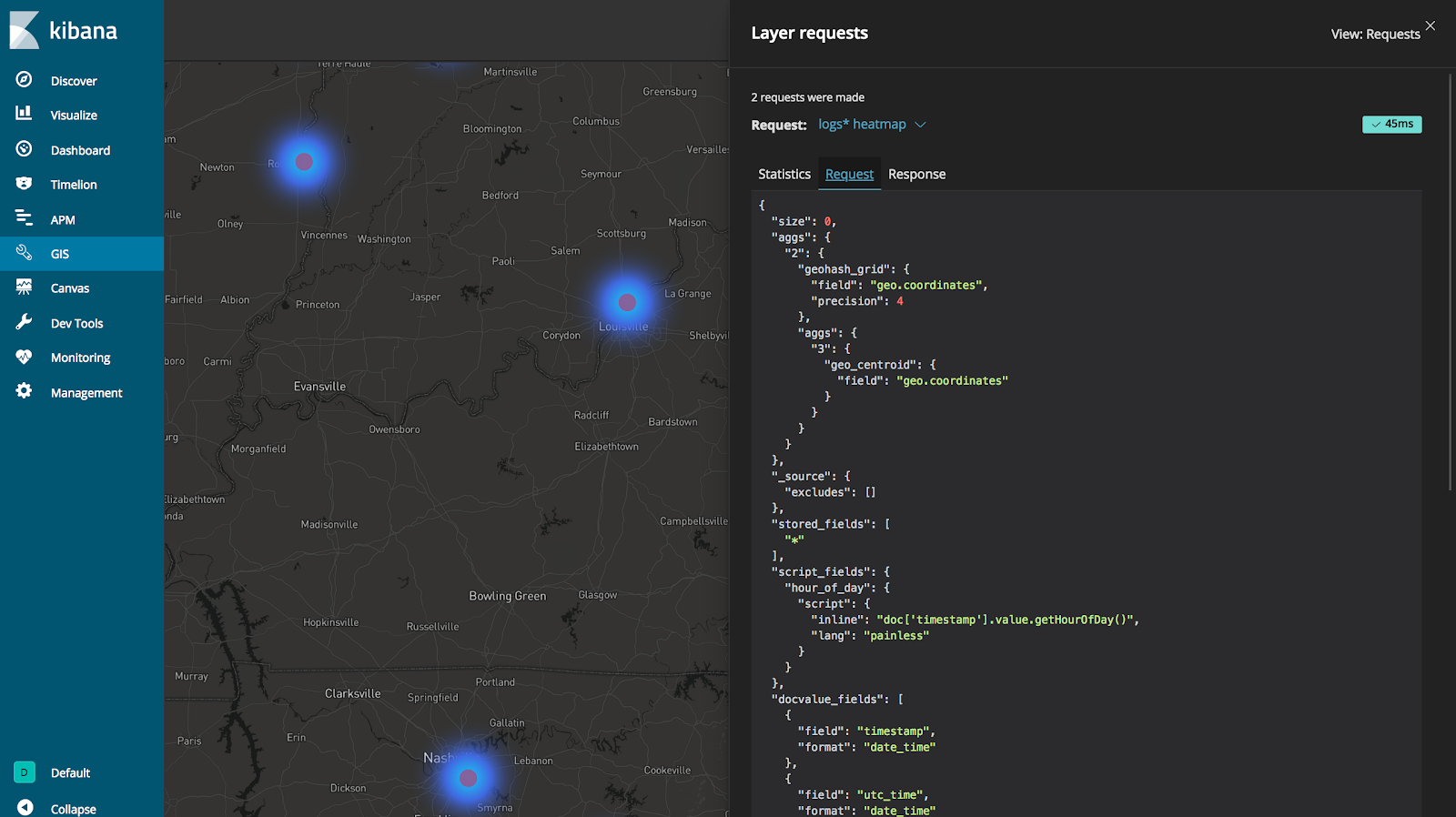