Enriching Your Postal Addresses With the Elastic Stack - Part 3

Now, let's say we have an existing dataset we want to enrich. Here’s how we’ll do it.

Anytime I have to read a file from Logstash, I actually like to use Filebeat. So, I changed the input part of Logstash and instead of using an http-input plugin, I'm now using a beat-input plugin:

In filebeat.yml file, I configured this:

I also added X-pack monitoring to get some insights about the pipeline execution:

In addition, I create a naive load test where I'm doing 10 iterations for processing the data:

Here is the dataset I have as an input:

We need to parse the data with a CSV filter:

Because we have the geolocation points as an input, we will use the slowest strategy that we saw in the previous post: sorting by geo distance.

To make sure I'm not slowing down the pipeline, I replaced the stdout codec with dots:

Which means around 18 seconds to enrich 2500 documents, so around 140 documents per second.

If we look at the Logstash monitoring, we can see that the event latency is around 20-40ms. 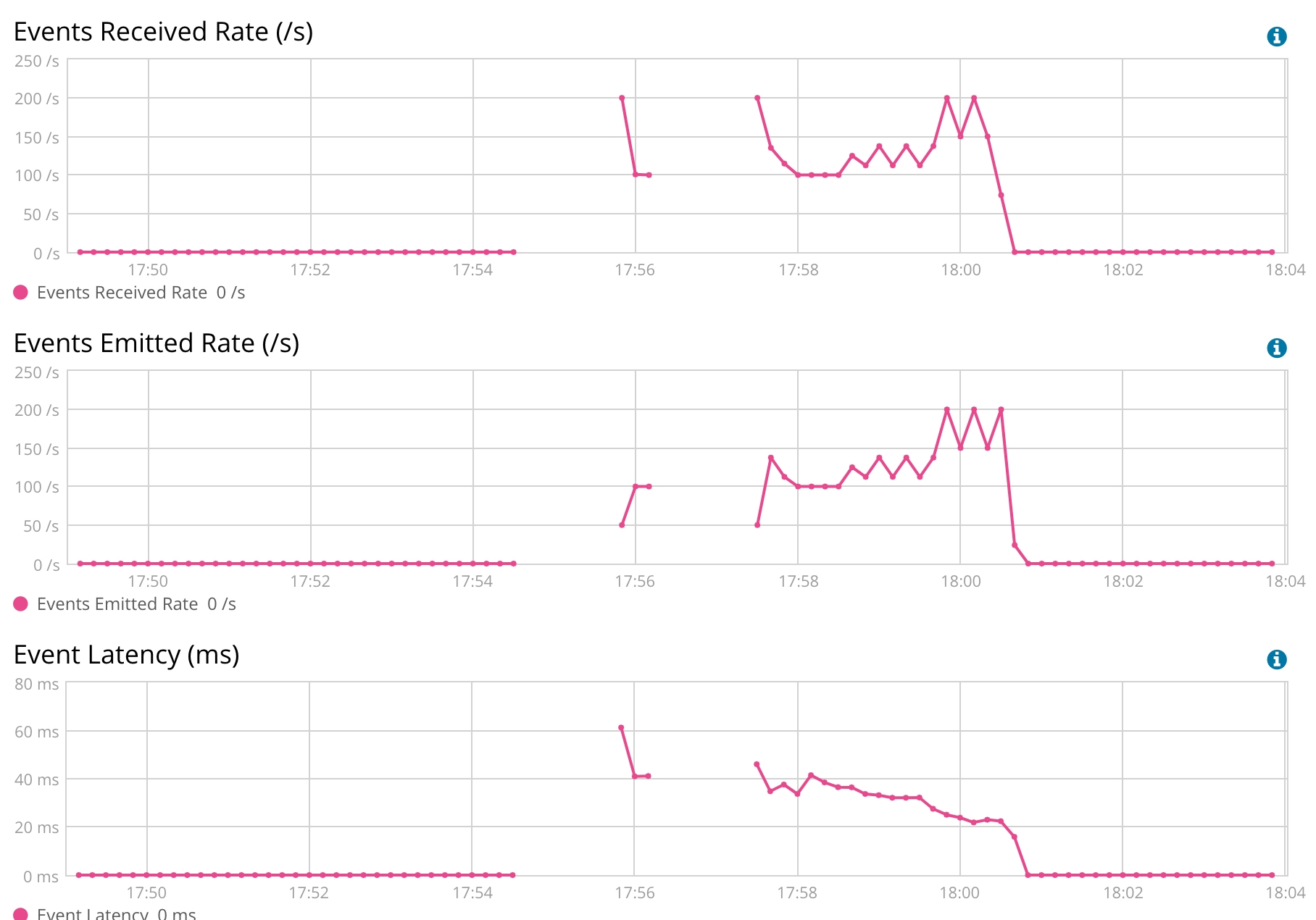 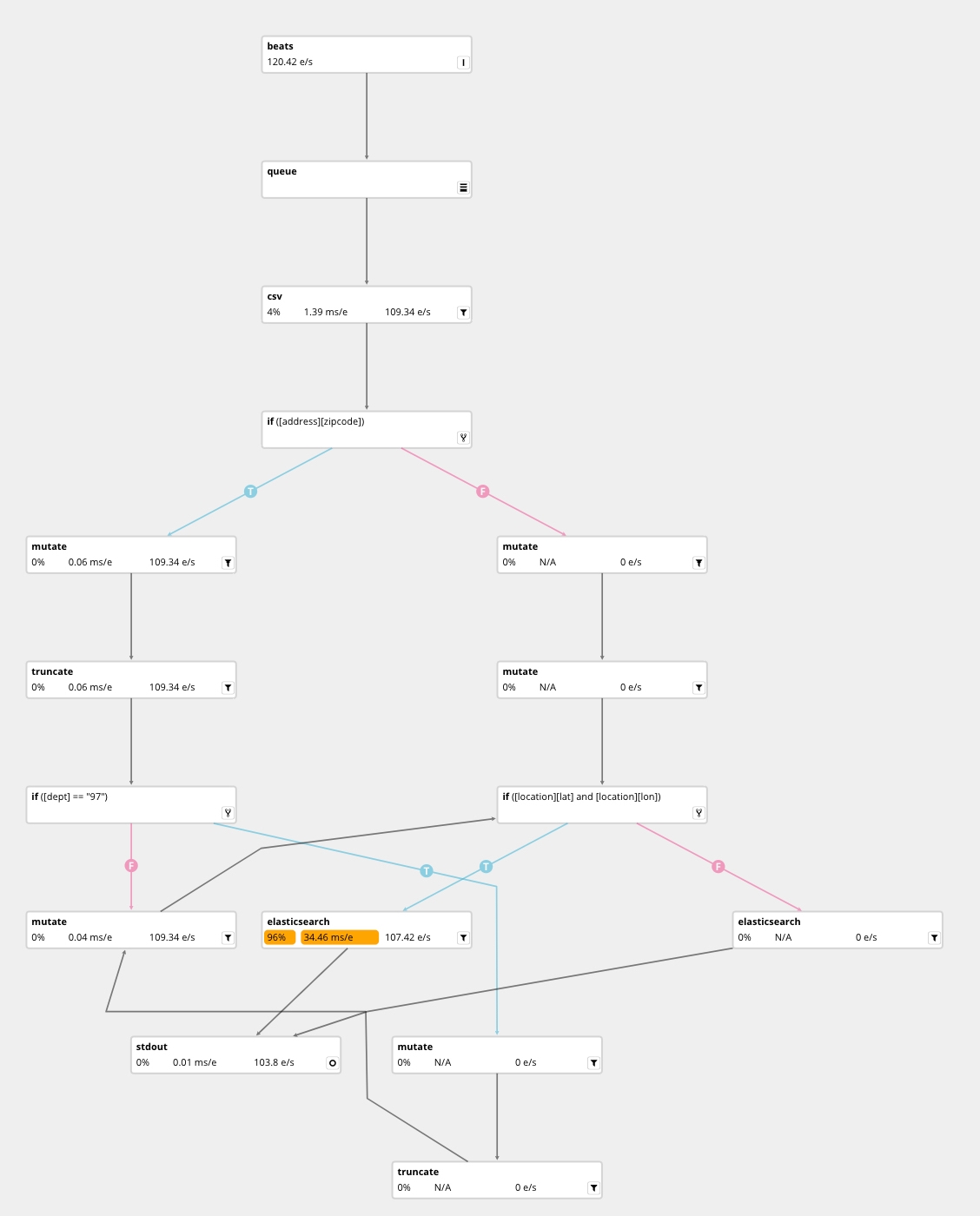 We can easily spot the bottleneck.

Doing lookups in Elasticsearch is indeed slowing down our process here, but not by much. I would say 34ms per event at average.

You can also imagine reading from another source than a CSV with Filebeat, such as directly reading existing data sitting in a SQL database using a jdbc-input plugin.

If this doesn’t work for you, you can also connect and enrich existing data in Elasticsearch, which is available in one index using the elasticsearch-input plugin.

You now have all the tools to do similar address conversion/enrichment. Note that you can use any dataset available.

My plan is to index some other open data sources in Elasticsearch and try to cover other countries beyond France.