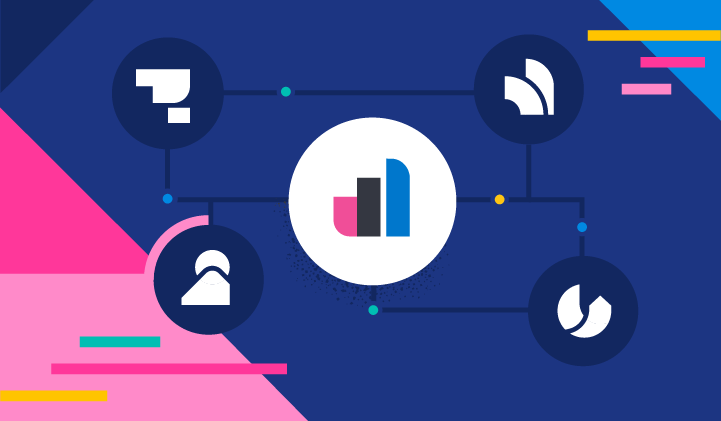 Elastic Observability 7.16 is available now on Elastic Cloud — the only hosted Elasticsearch offering to include all of the new features in this latest release. You can also download the Elastic Stack and our cloud orchestration products, Elastic Cloud Enterprise and Elastic Cloud for Kubernetes, for a self-managed experience.

In today's complex and distributed environments, SRE and DevOps teams need the ability to analyze “unknown unknowns” — scenarios where premade dashboards or canned machine learning jobs can’t solve the problems. For instance, they may need to conduct ad hoc investigations or test hypotheses regarding performance optimization and related investments.

The GA of data exploration views for real user monitoring, synthetics, and Mobile APM allows users to identify, visualize, and investigate any problems in the front end, such as unoptimized images and JavaScript errors. These curated views provide powerful ad hoc analytics for visualizing and overlaying multiple dimensions of data — with full control over filtering and how the data is broken down, without the need to know anything about index patterns or field names, removing the cognitive load and complexity of analyzing different time periods, cohorts, and data types. We are also excited to announce the first native integrations with Amazon Web Services (AWS) on Elastic Cloud via AWS FireLens — a container log router for Amazon EC2 and AWS Fargate. Customers can now quickly and easily ingest container logs into Elastic Cloud within seconds using FireLens and Fluent Bit without needing to install and manage standalone data shippers. They also benefit from a simplified data architecture, allowing them to reduce operational complexities.

Get visibility into CI/CD build automation and deployment

Modern agile development processes and CI/CD automation have enabled software development teams to build and ship releases quickly, accelerating innovation and time to market. But without insight into the performance of their build, test, and deployment pipelines, application teams are vulnerable to development outages that can delay release cycles and impact the bottom line.

Elastic Observability provides key pipeline insights for monitoring, alerting, and troubleshooting of issues — such as error-prone jobs, slow builds, or flaky tests — during the entire software development lifecycle (SDLC). With Elastic 7.16, customers can now get even more granular CI/CD pipeline visibility with OpenTelemetry integrations for Ansible and Maven (technical preview), in addition to our existing plugin for Jenkins pipeline observability. These tools are widely used by DevOps, SRE, and development teams for automating the development pipeline: If these tools fail, the pipeline fails.

The new integrations for Ansible and Maven deliver deeper visibility into job execution and deployment errors for troubleshooting, optimization, and documentation purposes, enabling release teams to operate faster and automate more reliably. They provide comprehensive visibility into all Ansible playbooks and Maven builds, generating traces for each run, and performance metrics to help teams understand:

As part of Elastic’s commitment to all things free and open, we have contributed these open standards-based CI/CD integrations to the Ansible, Jenkins, and OpenTelemetry communities.

Elastic’s CI/CD observability is easy to implement as pipelines and traditional jobs are instrumented automatically without the need to modify existing scripts. Pipeline executions are intuitively visualized as distributed traces with the capability to analyze pipeline steps across any dimension to assess the nature and impact of the outage. Troubleshooters can further drill into the trace to identify the source of errors and slowdowns.

CI/CD administrators can also view health, errors, and performance metrics by pipeline, and drill down to understand its performance over time. This enables them to quickly assess the impact of issues: from the impact on just one pipeline to much broader outages impacting many pipelines, if not the entire CI/CD platform.

Telemetry from infrastructure, applications, and user devices powers multiple use cases related to the delivery of exceptional and secure customer experience. Elastic Agent enables the collection of logs, metrics, traces, availability, and security data in a seamless and unified way.

With the 7.16 release of Elastic Observability:

The APM Server integration for Elastic Agent and Fleet is now GA, providing an easier way to set up Elastic clusters to support APM use cases. This integration is a step towards better management of all monitoring components using Fleet.

Power collaboration across your workforce with Elastic and ServiceNow

By integrating Elastic Observability with ServiceNow, users can standardize and streamline incident management workflows to facilitate robust collaboration within and across ITOps and DevOps teams.

This is now easier than ever, thanks to newly certified apps on the ServiceNow Store for the ITSM, Security Incident Response (SIR), and ITOM workflow products. Upon connecting with one or more of these apps, Elastic users have two ways to automate the generation of incidents:

OpenTelemetry span events are now available in Elastic APM traces. Span events (distinct from spans) are structured logs that execute too fast to be worth capturing in a traditional span, but are nevertheless important to record, such as an exception thrown by a program. Customers can now view these exceptions and events attached to OpenTelemetry traces for greater application troubleshooting insight.

In addition to transaction latency correlation, transaction failure correlation is now also generally available, allowing users to correlate whether or not slow latency is caused by failures. Platinum users can additionally apply automated correlations to failed transactions to understand whether the failures are related to a specific subset of transactions.

With our new compressed spans capability (in technical preview), customers can now optimize network transfer and storage costs by efficiently capturing and visualizing spans from data-intensive applications. For example, one of the biggest sources of excessive data collection are n+1 type queries and repetitive requests to a cache server or database on the backend. To mitigate the potential flood of spans to a backend, spans are collapsed into a single composite span and displayed with summarized context within the trace. This technical preview feature is currently available for Go, Python, and Ruby agents.

Track and investigate alerts through a unified view

New unified views for Observability alerts and cases are now available in technical preview. Customers can now see and track all alerts from a single alerts view. The cases view provides a workflow for investigating and collaborating on alerts. In addition, inline alert annotations within the APM Service Overview provide an enriched context for ready reference supporting troubleshooting and tracking.

Read about these capabilities and more in the Elastic Observability 7.16 release notes, and other Elastic Stack highlights in the Elastic 7.16 announcement post.