I've worked in support for over twenty years — specifically in open source — and I can confidently say that support at Elastic is unlike anything else that exists out there.

I mean, I don't know if you know, but typically, support sucks.

And being in support sucks even more (just ask any support engineer you know).

Why do I say this?

Well, some software you buy doesn't always do what you were told it would. It's not as good as the packaging claims. This happens for a number of reasons: egos, cathedral building (when customer feedback doesn't make it back to engineering), marketing and sales being pressured to hit certain numbers no matter what it takes, etc.

This gives customers certain expectations of how a product should perform, and when it doesn't work the way it's advertised … you know who has to absorb all that pain?

Yeah, you know the answer.

At Elastic, things are different.

It starts with having empathy for our users.

Supporting our users and making them successful is encoded into our DNA.

How can I explain it? I'll take you frame-by-frame it (bonus points if you get this reference). 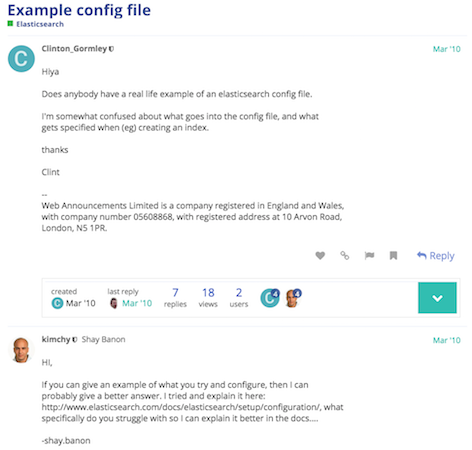 It starts with our very first support engineer. Do you know who that was? This guy named Shay Banon, Elastic co-founder and creator of Elasticsearch. Back in 2010 when Shay created Elasticsearch, he was the only person 'responsible' for supporting the developers who were using the software — answering questions on IRC and mailing lists (check out this exchange between Shay and Clinton Gormley, who joined Elastic two years later and ended up co-authoring Elasticsearch: The Definitive Guide), reviewing and merging pull requests on GitHub … and, you know, continuing to build the software, too. NBD. That's open source, right?

But just keep in mind that's our roots.

That's where we came from.

That's where we were born.

And things evolved along the same path from there.

After Elastic the company was founded, all the engineers we hired early on had to have the same skillset as Shay: a mix of being technically bad ass to continue building out our software, combined with the ability, desire, and skill to talk to people in order to support our customers. It was a fundamental part of their job.

Internally, we refer to to this as speaking code and human.

Fast forward to 2014, two years after Elastic the company was founded. That's when I came onboard to build a dedicated Customer Care team. Which has been really, well, incredible, and kind of f*cking awesome (can I say that? Well, I just did).

Our developers care. A lot.

The people that created the open source projects that make up the Elastic Stack — Elasticsearch, Kibana, Logstash, and Beats — all work here. Like Shay, these all started as passion projects they created and maintained ‘on the side'. And again like Shay, they served as their sole support engineers before this whole Elastic company became a thing. They care deeply about user feedback and take it seriously. Hang out in our online forums and you'll see Kibana creator Rashid Khan helping our users. Follow them on Twitter and you'll see exchanges like this one with Logstash creator Jordan Sissel.

@jordansissel you were busy so I didn’t want to interrupt. But wanted to again say thanks for all your community work with #Logstash
— Chris (@tebriel) February 19, 2016

… which is ultimately what brought them to Elastic. Many were contributors and active in the community, many were deploying our software in their companies or startups, and many had pre-existing relationships with our own developers. They're here because they not only have passion and love our software, but they want to continue to make it even better.

The support team is fully integrated with the engineering team

Because of what I already explained about our history — that supporting our users and making them successful is encoded into our DNA — the support team is part of the overall engineering organization. We are very closely aligned to product and development. We're constantly working together on Slack, and getting together virtually via video conference to learn about what everyone's working on. There is no disconnect. 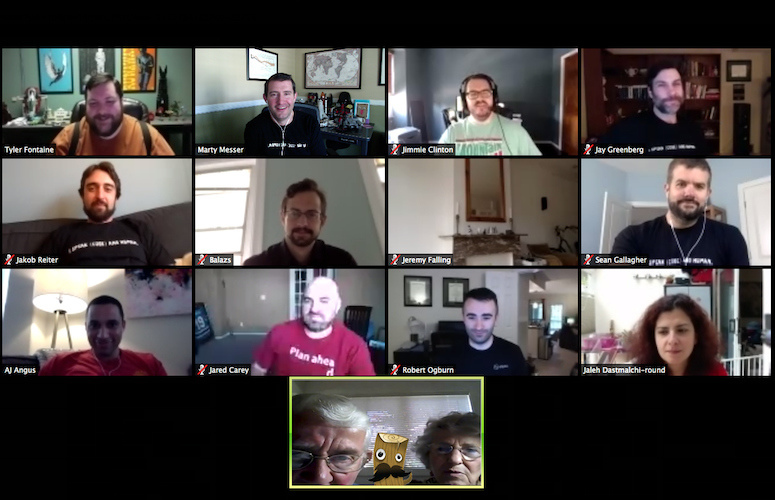 A screenshot from one of our virtual support team meetings. Loggy D. Wood and his family joined us.
And Jeremy had his camera on ghost-mode apparently.

Another fun fact: most of our support engineers didn't always work in support. A lot of them were developers or operators prior to joining Elastic. So yeah, they also have empathy.

Take all of this goodness, and imagine how it translates into the product … I hope some of you can feel the love that goes into our work, and I hope that it shows in the fact that, in my humble opinion, our products are pretty good. We don't want our sales and marketing teams to have to stretch the truth to convert users to customers.

Our engineering is our marketing. Our marketing markets truth. And our sales team sells reality.

So, because our products do what we say they do, our customers spend less time trying to make them do things they can't do but were told they could, and spend more time doing really cool sh*t — which means that the support engineers get to work on interesting and fun things with our customers. They're less like firefighters and more like remote consultants — some are even considered extensions of their customer's teams. Which makes their jobs much more enjoyable.

And really, all of our engineers, whether they're dedicated support contacts or not, are interested in what our customers are doing and are helping them in one way or the other.

The moral of the story is …

I guess it all boils down to the people we hire. They just give a sh*t. They're not drones. They are unique, they have a spark … they're special. They're family to me, and I think our customers feel the same way, too.

See for yourself: Check out a few videos we shot at Elastic{ON}16 where folks from my team got to meet people they've been working with at eBay and Jobrapido in-person — some for the first time — and share what it's been like working together. 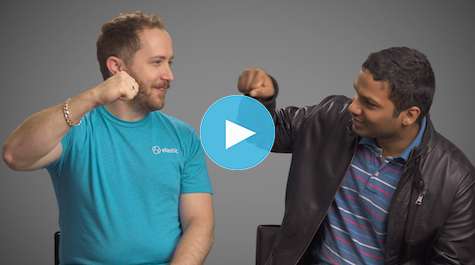 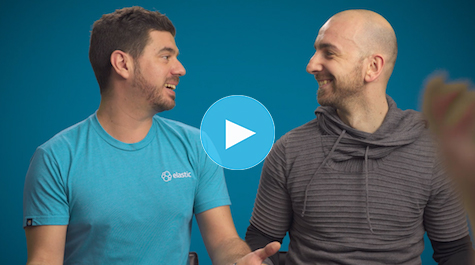 These are unscripted, unrehearsed, literally shot in a trailer next to the catering tent in a small courtyard outside the conference venue. You can tell that these people are on a journey, together, and that they're really enjoying the ride.

So, that's my spiel. But I thought it was worth writing down what we at Elastic care about when it comes to supporting our customers. I guess you can consider this my manifesto, of sorts.