Over this past weekend (1/15/2022), Microsoft released details of a new campaign targeting Ukrainian government entities and organizations with destructive malware. In a multi-staged attack, one malware component known as WhisperGate utilizes a wiping capability on the Master Boot Record (MBR), making any machine impacted inoperable after boot-up.

Within another stage, a file infector component is used to corrupt files in specific directories with specific file extensions. The elements used in this campaign lack the common characteristics of a ransomware compromise – in this case the adversary uses the same Bitcoin address for each victim and offers no sign of intent to decrypt the victim’s machine.

The Ukrainian National Cyber Security Coordination Center has been referring to this threat activity on its official Twitter and Facebook accounts as Operation Bleeding Bear.

Elastic users are fully protected from attacks like these through our advanced malware detection and Ransomware Protection capabilities in the platform. The Elastic Security team continues to monitor these events. This case highlights the importance of prevention when it’s up against ransomware and malware with destructive capabilities.

The Master Boot Record (MBR) is software that executes stored start-up information and, most importantly, informs the system of the location of the bootable partition on disk that contains the user’s operating system. If tampered with, this can result in the system being inoperable – a common tactic for malware and ransomware campaigns over the years to interrupt operation of the infected system.

The stage 1 binary is named stage1.exe and has low complexity. A 8192 byte buffer containing the new MBR data that includes the ransom note is allocated on the stack. A file handle is retrieved from CreateFileW pointing to the first physical drive which represents the MBR. That file handle is then called by WriteFile which takes only 512 bytes from the buffer writing over the Master Boot Record.

The host is subsequently rendered inoperable during the next boot-up sequence. Below is a screenshot showing the ransom note from an affected virtual machine.

Contained within the ransom note are instructions soliciting payment to a bitcoin wallet address of 1AVNM68gj6PGPFcJuftKATa4WLnzg8fpfv. The wallet does not appear to have received funds from victims as of the publication of this post.

Once the payload has gained a foothold, further destructive capabilities are facilitated by the stage 2 binary, called stage2.exe. This binary pulls down and launches a payload hosted via the Discord content delivery network, a recently reported approach which is increasingly being used by malicious actors.

The obfuscated .NET payload (described as Stage 3 below) is then executed in memory, setting off a number of events including:

AdvancedRun, a program used to run Windows applications with different settings, is then dropped to disk and executed in order to launch the Service Control Manager and stop the Windows Defender service (WinDefend).

AdvancedRun is used again when launching PowerShell to recursively delete the Windows Defender directory and its files.

Copies InstallUtil.exe is a command-line utility that allows users to install and uninstall server resources from the local machine into the user’s %TEMP% directory. This action leverages the file for process hollowing by launching it in a suspended state.

Changes to the MBR are particularly strong signals of anomalous and destructive activity typically associated with ransomware. To counteract this, Elastic security researchers built an MBR protection component based around these signals into our multi-layered ransomware protection feature.

When a process attempts to overwrite the contents of the MBR, the prewrite buffer and other associated process metadata will be analyzed inline before any changes are written to disk. If the activity is deemed malicious in nature, the process will either be terminated immediately (prevention mode) and / or an appropriate ransomware alert will be generated (prevention and detection modes) to allow security operators time to respond.

When configured in prevention mode, Elastic Security’s ransomware protection ensures that the integrity of the MBR is fully preserved, with no changes ever reaching disk thanks to the synchronous framework leveraged by the feature — effectively preventing the ransomware attack in their tracks as the offending process is terminated.

When WriteFile is invoked on PhysicalDrive0 on a host running Elastic Security with ransomware protection enabled, the pending change will immediately be analyzed and deemed malicious. Afterwards, the process will be terminated, the endpoint user will be alerted via a popup notification, and a ransomware prevention alert will be sent to and stored in Elasticsearch. The intended ransom note can be easily deciphered after Base64 decoding the contents of the prewrite buffer found in the alert within Kibana.

It is important to note that while this behaviour is detected by Elastic, it is not specific to this payload and rather the behaviour the payload is exhibiting. This increases our chance of being able to detect and prevent malicious behaviors, even when a static signature of the malware is not known. Threat actors find this kind of control more difficult to evade than traditional, signature-based detection and prevention approaches.

By observing the process hash of the stage 1 dropper above (a196c6b8ffcb97ffb276d04f354696e2391311db3841ae16c8c9f56f36a38e92) via the process.hash function within Elastic Security, we can isolate the ransomware alert and analyze the blocked attempt at overwriting the MBR.

As we can see, the data is stored as a Base64 encoded string in Elasticsearch. Decoded, we can see the contents of the ransom note that would be displayed to the end user of an affected system.

The following alerts were triggered in Elastic Security during our investigations:

Detect attempt to tamper with Windows defender settings via NirSoft AdvancedRun executed by the Stage 3 injector:

Masquerade as InstallUtil via code injection:

These targeted attacks on Ukraine using destructive malware match a similar pattern observed in the past such as NotPetya. By leveraging different malware components to wipe machines and corrupt files, it’s apparent there was no intent to recover any funds, but likely a technique used to sow chaos and doubt into Ukraine’s stability.

As these events are still ongoing, we wanted to release some initial analysis and observations from our perspective. We also wanted to highlight the prevention capabilities of Elastic Security across each stage of this attack, available to everyone today.

Existing Elastic Security users can access these capabilities within the product. If you’re new to Elastic Security, take a look at our Quick Start guides (bite-sized training videos to get you started quickly) or our free fundamentals training courses. You can always get started with a free 14-day trial of Elastic Cloud.

Artifacts are also available for download in both ECS and STIX format in a combined zip bundle. 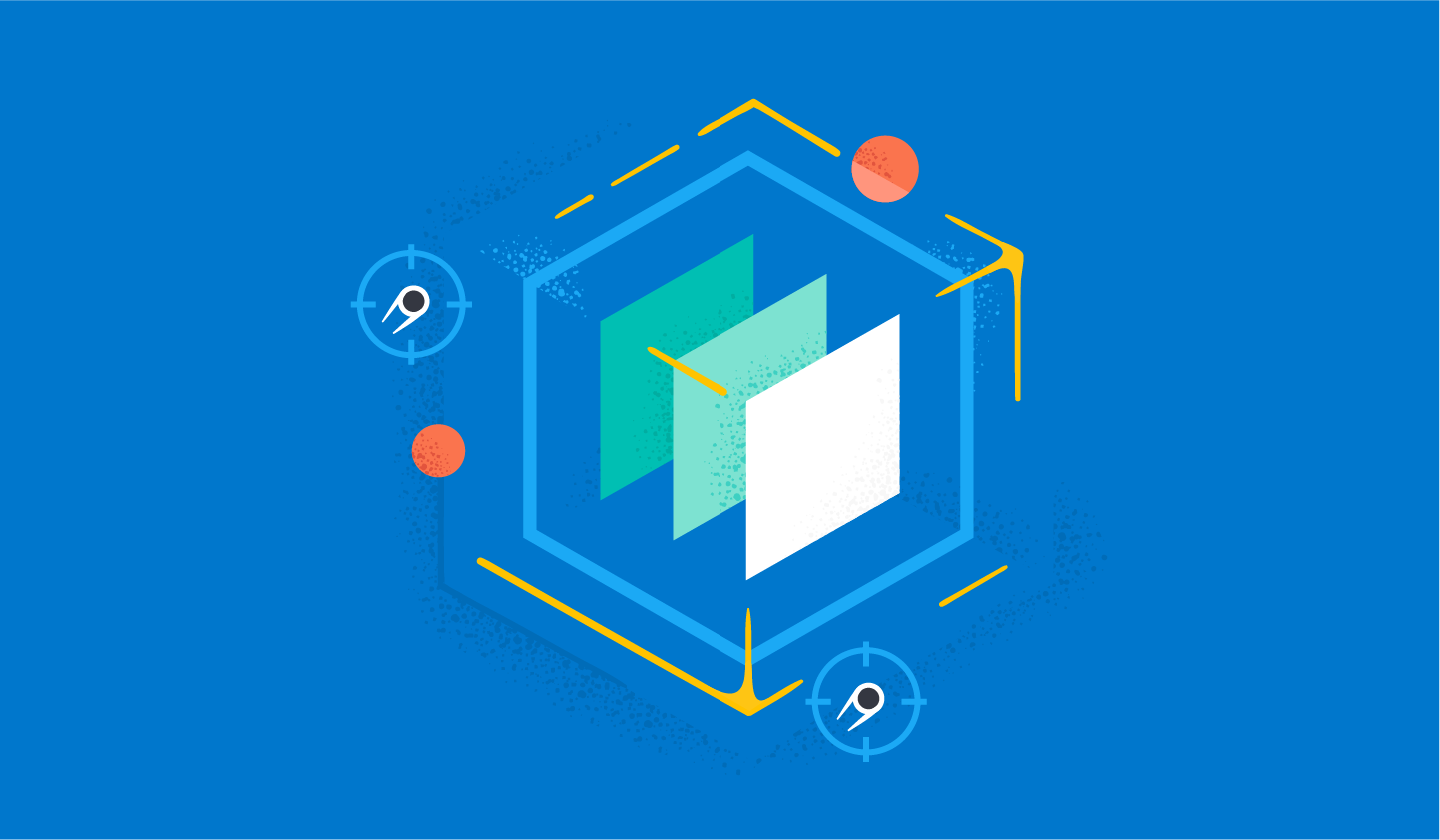 In this research publication, we'll explore our analysis of the QBOT attack pattern — a full-featured and prolific malware family. 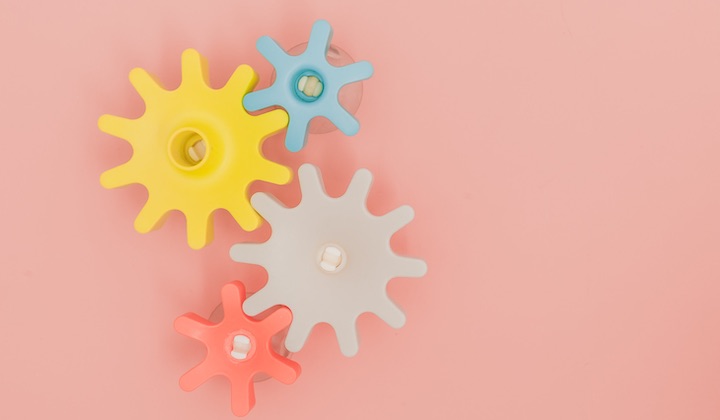 Python script to extract the configuration and payload from BLISTER samples.