How to Debug Elasticsearch Source Code in IntelliJ IDEA

Get a copy of the Elasticsearch source code from github as follows:

Checkout the branch for the Elasticsearch release that you want to debug.

Review the text files included with the distribution

Within the elasticsearch directory, there are several text files that should be reviewed. In particular, CONTRIBUTING.md includes a description of the process for importing Elasticsearch code into an IntelliJ IDEA project, and TESTING.asciidoc describes ways to build and debug the code. The remainder of this blog post is based on the instructions in these files.

Configure the code for use with IntelliJ IDEA

The build system used by Elasticsearch is gradle, and at least Java 11 is required to build "Elasticsearch gradle tools". Additionally, Java 9 is used in part of the build process and if it is not found you will see warnings when the code is built. Ensure that your JAVA_HOME and  JAVA9_HOME environment variables are set correctly. For example my JAVA_HOME and  JAVA9_HOME are set in my  .bash_profile (on OSX) as follows:

Finally, execute the following command to configure an Elasticsearch project for use in IntelliJ IDEA.

The above command may take a few minutes to execute, and once it is complete, your project is ready to be imported into IntelliJ IDEA.

1. Open IntelliJ IDEA, and if you don't have any other projects open, you will see a screen that looks like the image below. Click on Import project. 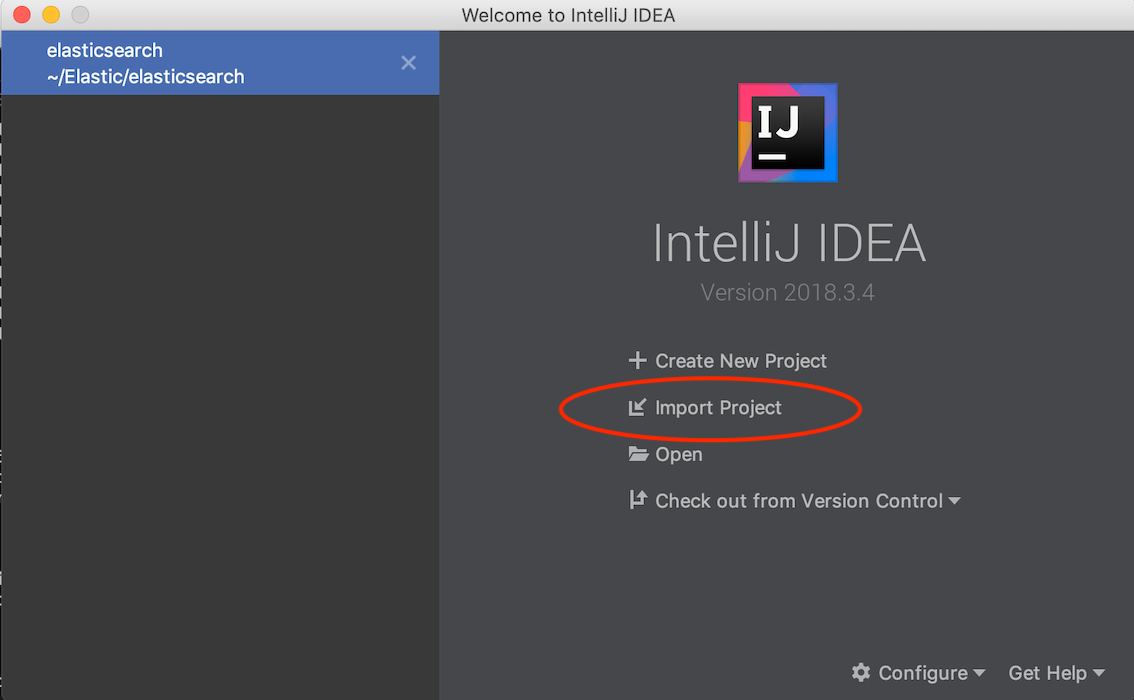 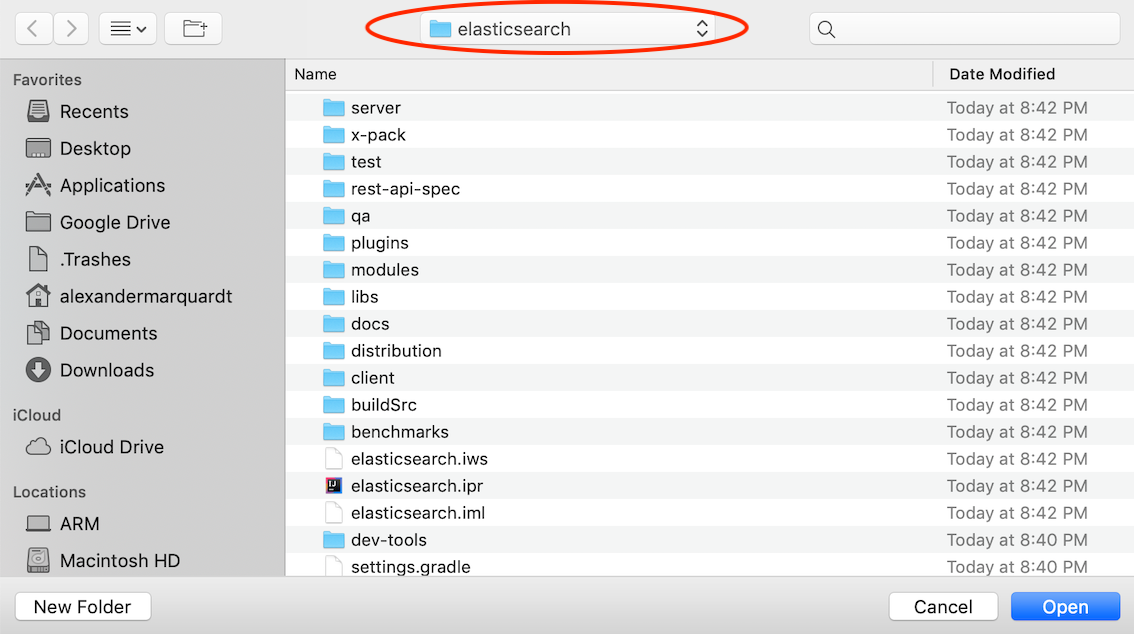 3. Select Import project from external model -> Gradle, and then click on Next. 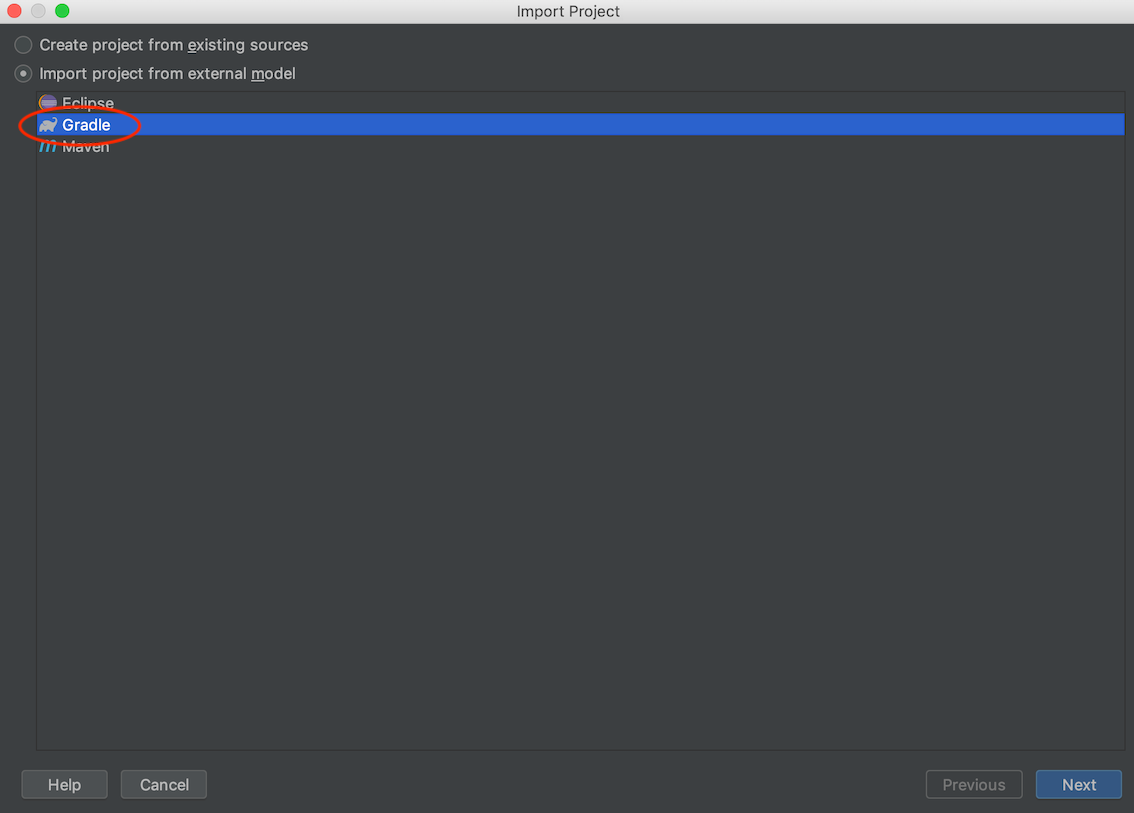 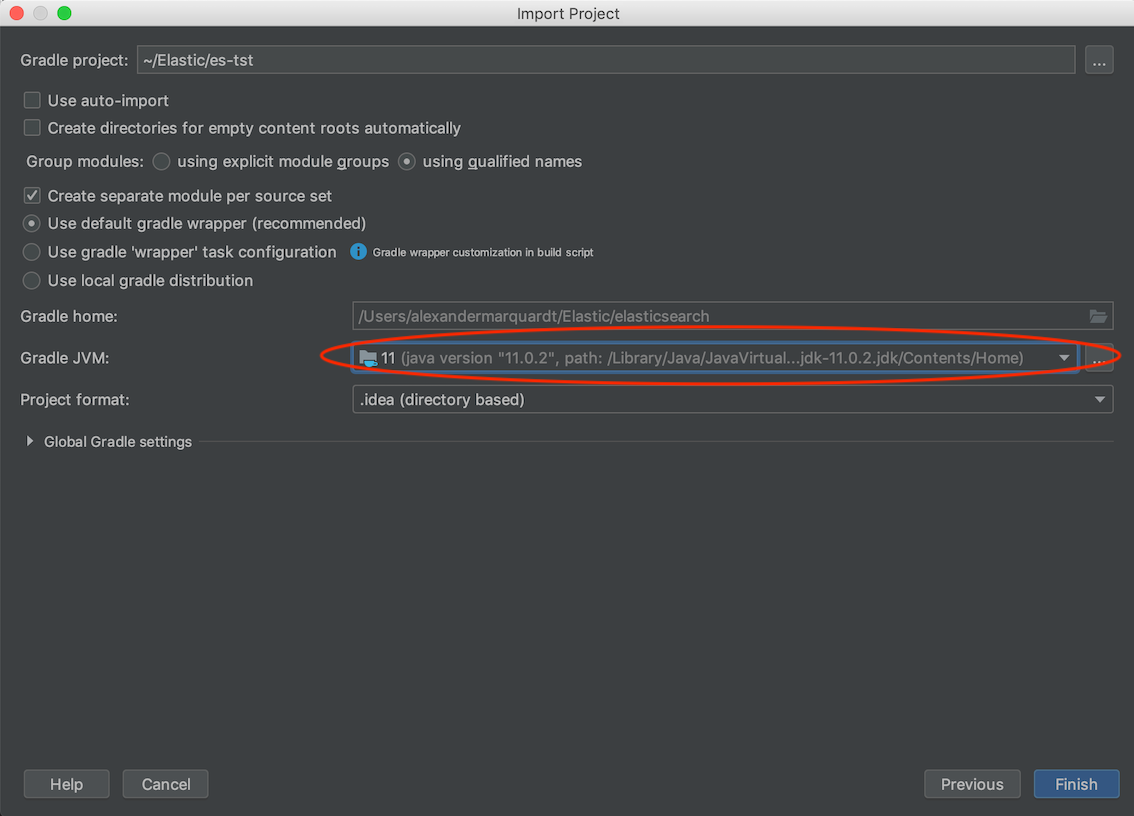 5. After completing the above steps, IntelliJ IDEA will start building the source code. The IntelliJ IDEA window should look similar to the image below once the build has completed. 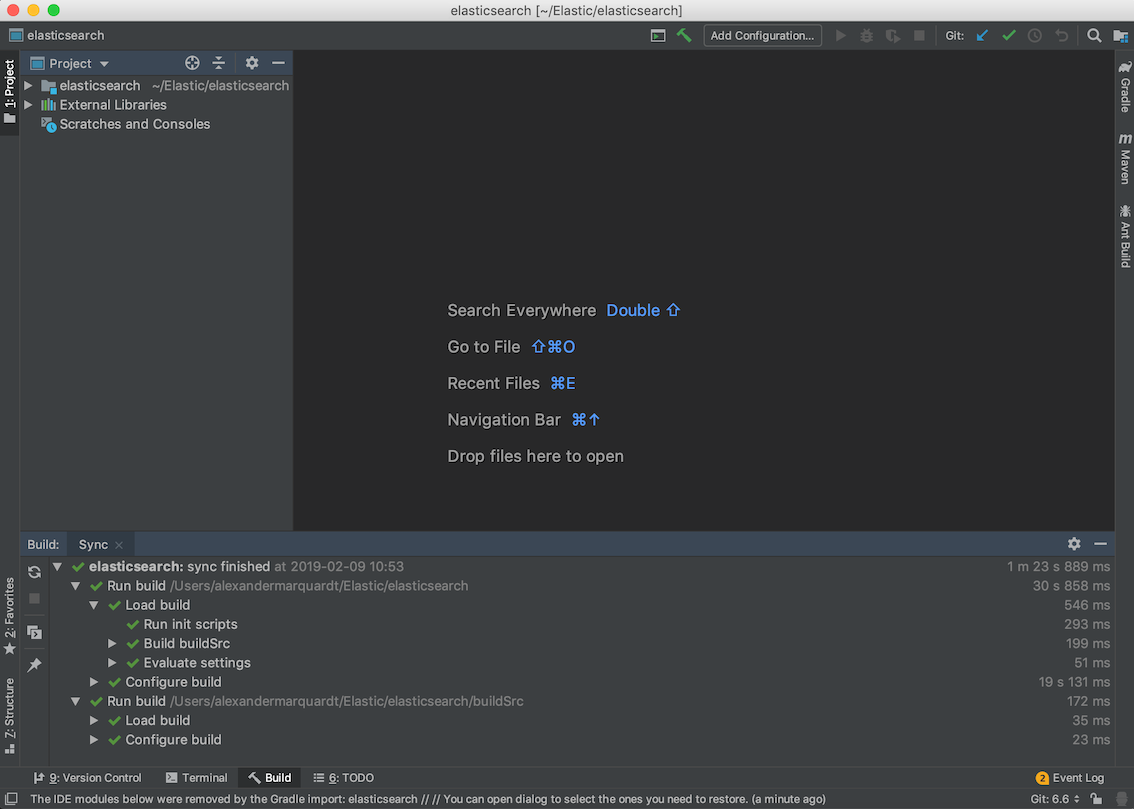 One way to debug Elasticsearch is to start the project in debug mode from a terminal with the following command:

It may take a few minutes for the above process to fully start, at which point you can connect to the process from IntelliJ IDEA  by clicking on Run -> Attach to Process as shown below: 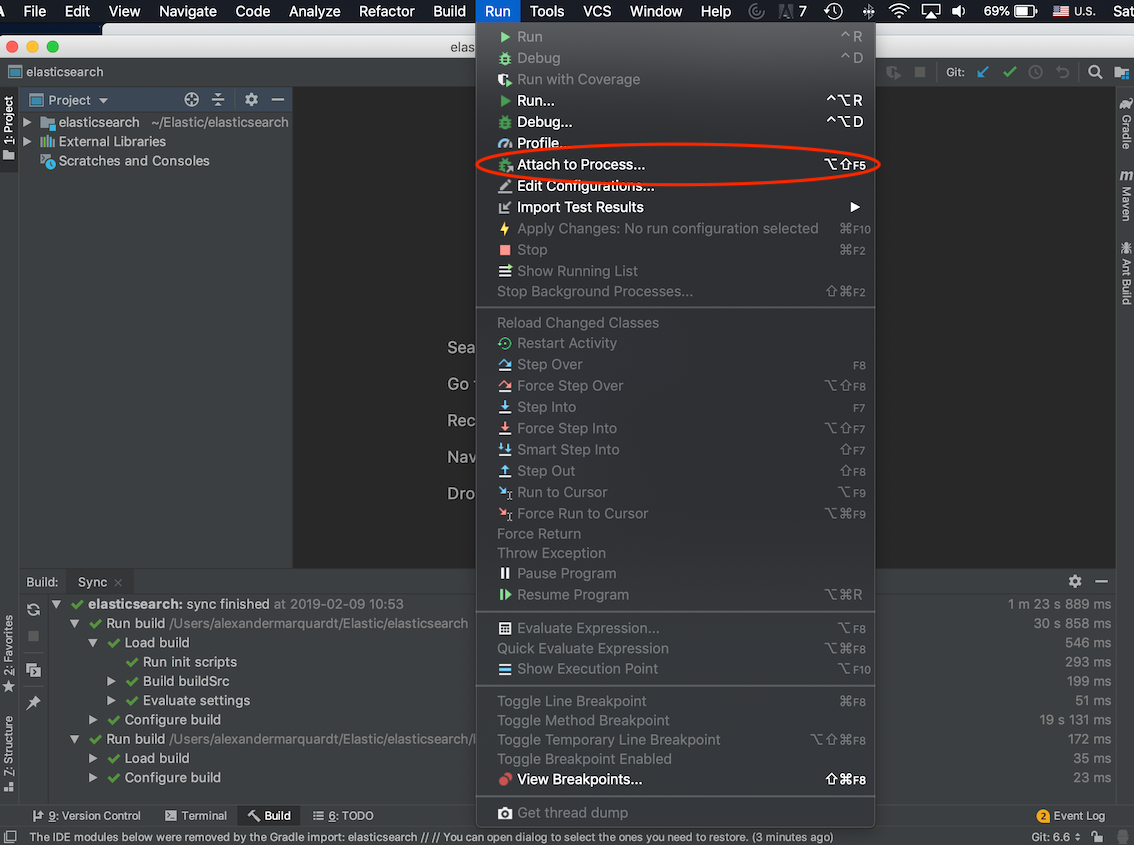 This will allow you to select the process to attach to, which should look similar to the following: 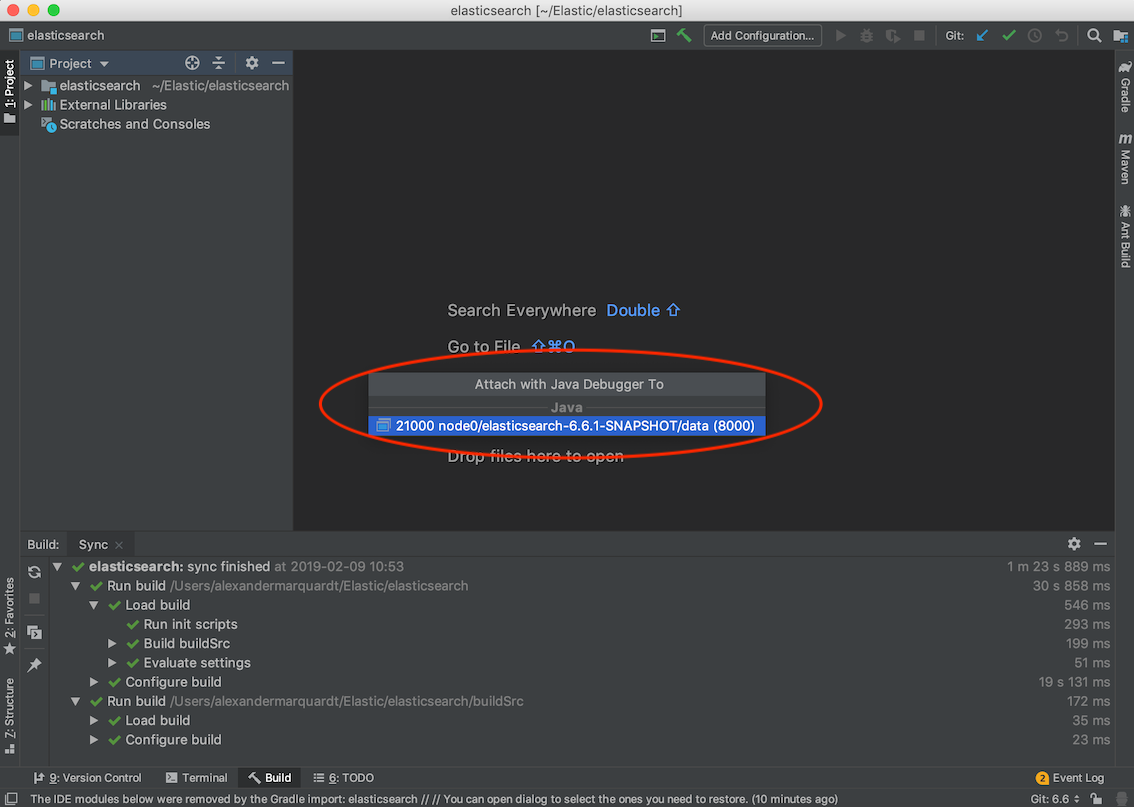 You should now be able to set breakpoints and step through both Elasticsearch and Lucene code!

In this blog post, I have demonstrated how to setup a project in IntelliJ IDEA that will allow interactive debugging of Elasticsearch and Lucene source code. You are now ready to dig deep into the inner workings of Elasticsearch!  As always, if you have any questions, reach out on our Discuss forums.