They're hot off the press and ready for downloading. The notable new things here are:

6.1.3 fixes a bug where single shot pipelines, like the ES input or stdin, might not fully process all incoming data.

Both of these releases include support for scheduled queries. The plugin docs aren't yet updated on the site, but you can view them in the git repo for the moment.

Filebeat now defaults to enabling the pipelining option. This can cause Logstash to buffer more data than normal. There has been one case in the field of this causing an issue, but that involved a very high ratio of Filebeats to Logstashes. We're currently working on improving efficiency on the beats input side.

A short term workaround is to set pipelining in the Filebeat Logstash output to a lower number than the new default of 5.

In 6.2.0 we're targeting the release of a detail drawer for the Pipeline Viewer. Users could click on a vertex in the pipeline and view the vertex's details in the drawer. This included scalar metrics about that vertex (e.g. a grok filter vertex).

In 6.3.0 we are targeting an enhancement of these detail drawer metrics to be timeseries charts. Users can now get a historical picture of how a particular plugin was performing in a pipeline over time. 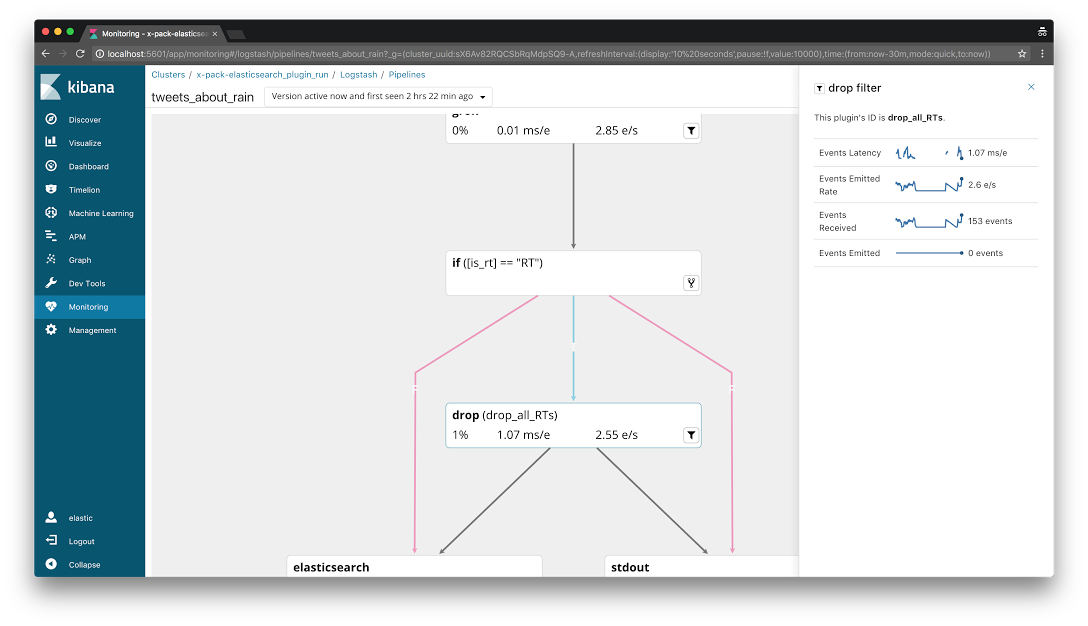 We've been able to do a ton of work moving various bits of Ruby code in Logstash core to Java, as well as removing some redundant classes. By moving to Java we've: 1.) Improved maintainability 2.) Improved performance.