Welcome back to The Logstash Lines! In these weekly posts, we'll share the latest happenings in the world of Logstash and its ecosystem.

The long awaited dead letter queue (DLQ) feature has been merged to master and 5.5. This adds the ability to shunt poisoned or unsuccessful events in the running pipeline to a local file-based store. Users can then read these dead events using a DLQ input for further processing. This infrastructure is currently being used in ES output. Previously, any mapping issue would be logged and dropped to the ground. Right now, they get redirected to the DLQ. Users can then read these in another LS instance, choose to drop the field that cause the mapping error and re-index to ES. The DLQ input allows users to plug into the entire LS pipeline framework providing access to hundreds of filters and output destinations.

While this first version provides an immediate solution to the existing data loss in ES output, we are evaluating other places in the pipeline that can use a DLQ. Once we ship the multi-pipeline support, the DLQ pipeline can coexist within the same production LS instance, which will make all of this very powerful.

An initial version of the Grok Debugger tool in Kibana has been merged. Users can debug or simulate field extraction using their log lines and grok patterns ala https://grokdebug.herokuapp.com/. 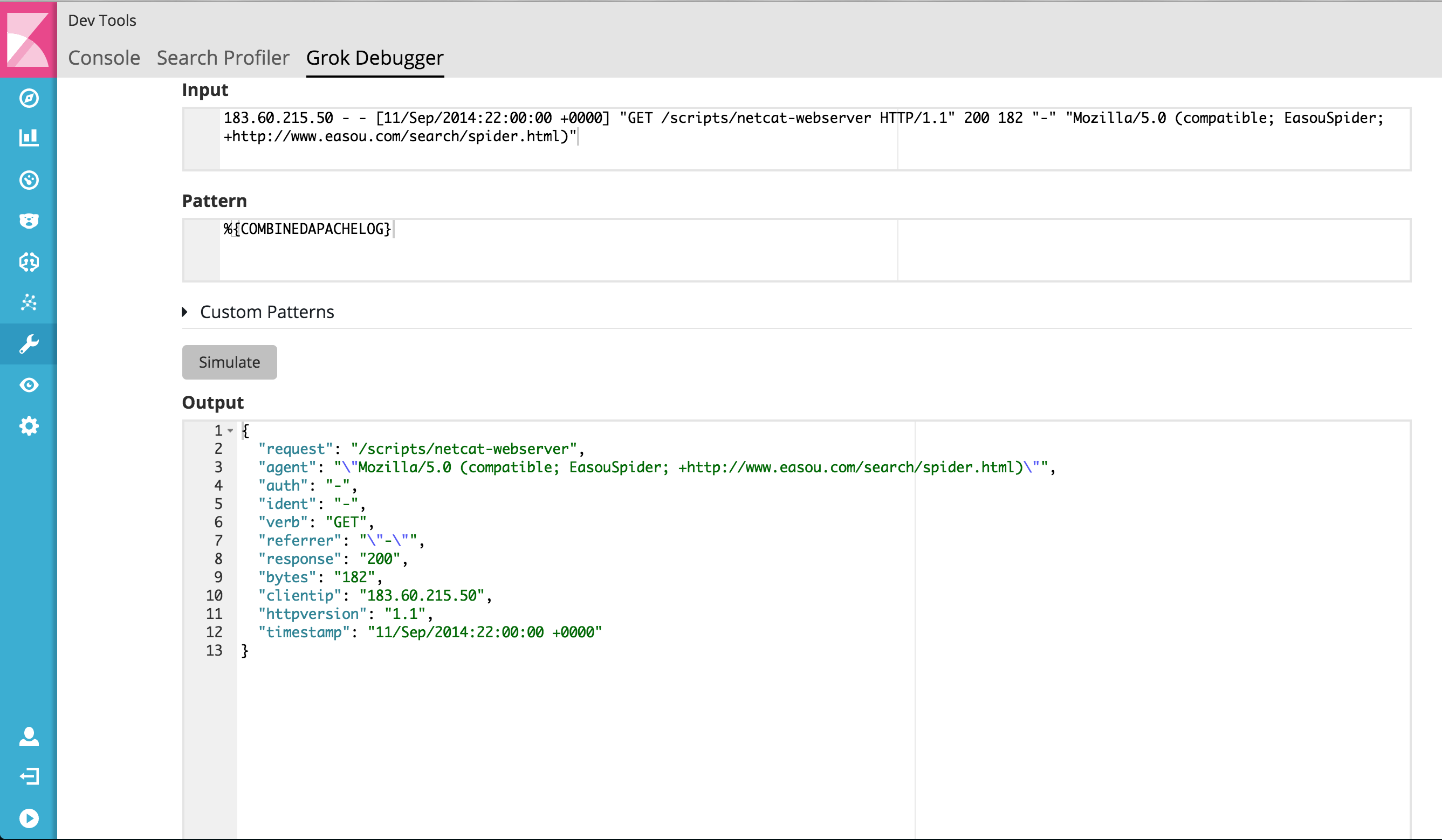 Currently, Logstash's integration test suite (called internally as RATS, inspired from bats) provides a ruby-based framework to standup services such as ES, Kafka, filebeat and run rspec tests against it. We build tar artifacts for every pull request, untar it, and run tests against the various services. We will now be using docker for all the services which should provide resource isolation and allow us to test on multiple versions easily. Also, the tests will be moved to internal Jenkins from Travis. This change will allow us to run tests faster and be able to ssh into the build machine if there are issues.

Other changes in master