We’re pleased to announce the Beats 6.1.0 release. This is the latest stable version and it comes with lots of new modules and an exciting Autodiscovery feature.

The first provider watches for Docker events. It supports config mapping from container metadata to config templates, so new modules are created when a container starts.

The above is an example configuration that instantiates the Metricbeat Redis module every time a new redis container (defined by having the redis image) is started. Note that the connection information (host/ports) is filled in by the autodiscovery support via a template.

Each Beats release adds a few new Metricbeat and Filebeat modules, but 6.1 really sets the bar higher. Many of these modules are contributed by our users (Thank You!). Let’s go through the list:

Packetbeat 6.1 adds support for the TLS protocol, which is one of the most anticipated Packetbeat features.

It doesn’t mean decrypting traffic, but it parses the initial handshake and extracts data like ciphers supported by the client and the server, the client and server certificate chains, the subject alternative name (SAN), validity dates, raw certificates, and so on. This data is super valuable for debugging TLS issues and also for intrusion detection and auditing.

The implementation also comes with support for the ALPN extension to TLS, which allows Packetbeat to detect, for example, whether HTTP/2 or HTTP/1 are used as an application protocol on top of the TLS connection. 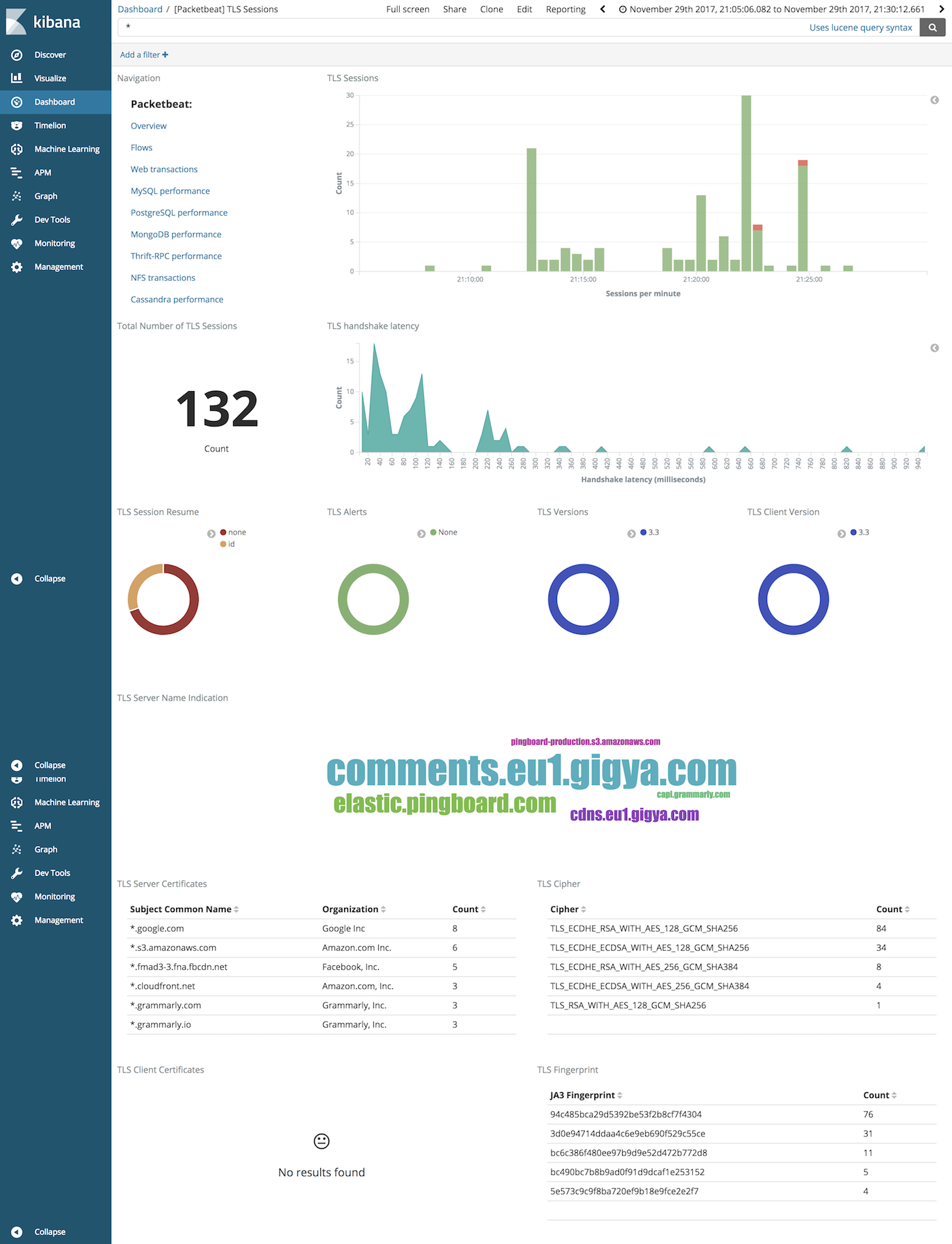 Filebeat 6.1 comes with an (experimental) Docker prospector that implements the default JSON logging driver. Filebeat could already read Docker logs via the log prospector with JSON decoding enabled, but this new prospector makes things easier for the user. It abstracts the format, so there is no need to manually configure JSON decoding. Here is an example config, which captures the logs from a single container specified by its ID:

It also parses the timestamp from the JSON file, something that wasn’t previously possible with Filebeat alone (it required Logstash or Ingest Node). This new prospector works great with the Docker Autodiscovery provider.

Auditbeat 6.1 comes with several use cases in the default configuration file, which makes it easier to get started with. To match the use cases, we also have three new dashboards: 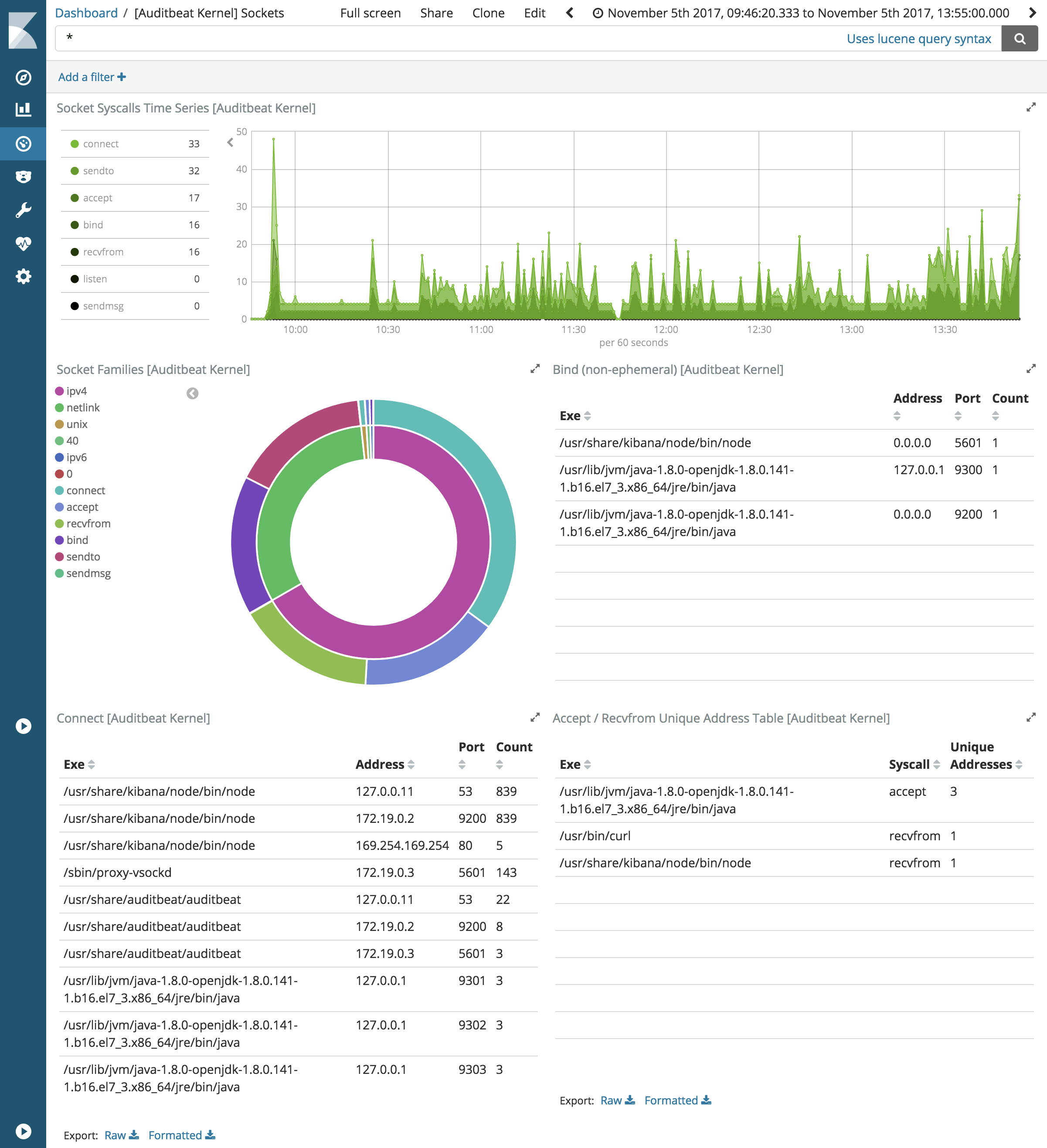 If you want to make use of the new features added in Beats 6.1.0, please download the latest stable version, install it, and let us know what you think on Twitter (@elastic) or in our forum.